The Guardian Angel of Campo Cestio Cemetery in Rome 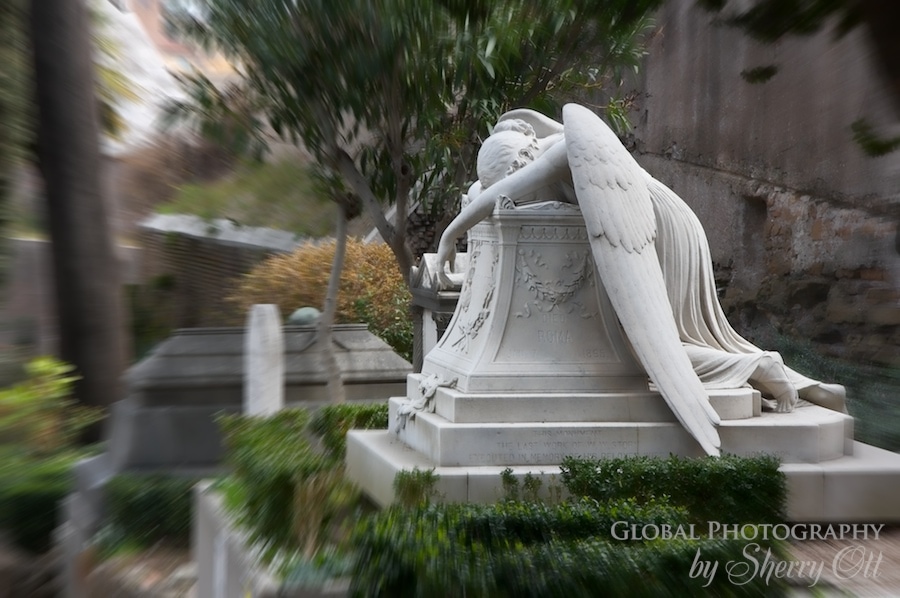 A moving tribute to death

The cemetery in the Testaccio neighborhood in Rome has many names; Campo Cestio, The Protestant Cemetery, The Non-Catholic Cemetery for Foreigners, or the Cat Cemetery. It holds the grave of the poet John Keats, the famous pyramid of Rome, about 40 cats, and most importantly it holds the grave of Emelyn Story. What’s that, you don’t know who Emelyn Story is? Well, neither do I. However, I know that Emelyn Story is eternally associated with the most beautiful, moving sculpture I’ve ever seen.

I was following our Rome Food Tour guide through the cemetery and he was filling our heads with all kinds of information about the cemetery; specifically stories about John Keats. When we went up the small hill, I stopped immediately. I sucked in a short breath, my hands dropped to my sides in a limp fashion and I just stared.

The angel was all I could see.

Guardian angel of the Protestant Cemetery

I have seen all kinds of grave stones before, but none as beautiful and emotive as this one. The feeling coming out of this gravestone was pure despair and surrender. I felt as if this guardian angel had finally lost the battle it had fought for Emelyn Story.  Now it was guarding her in her death.

I stood back away from her at first and took in the scene letting it settle on my heart and mind. As I walked up closer and examined the grave marker I about expected to see a tear coming from the angel’s eye. I circled her, I photographed her, and I wondered who Emelyn Story was and how she received such a beautiful tribute in her death.

By far this was the most memorable piece of art that I’ve seen in Rome, Italy, or Europe. I’m not sure why it touched me, but it did.

I know I could probably research Emelyn and the angel, but I choose to let it remain a mystery.  That way I left it how I found it; sometimes we don’t need to know everything about a person.

The whole cemetery is beautiful, you could spend hours there away from the bustle of Rome. It was my favorite place we visited, thanks to Emelyn’s angel. 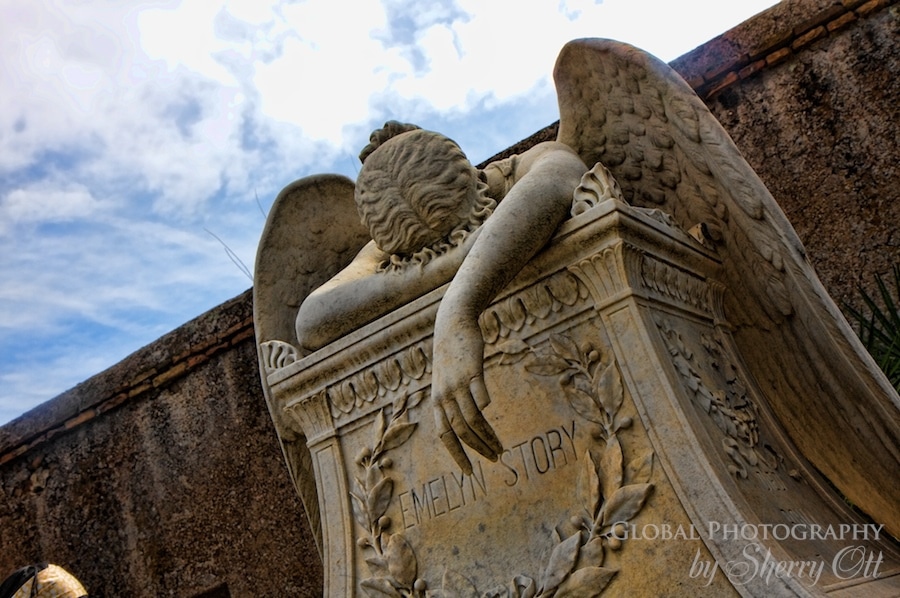 Who was Emelyn Story? 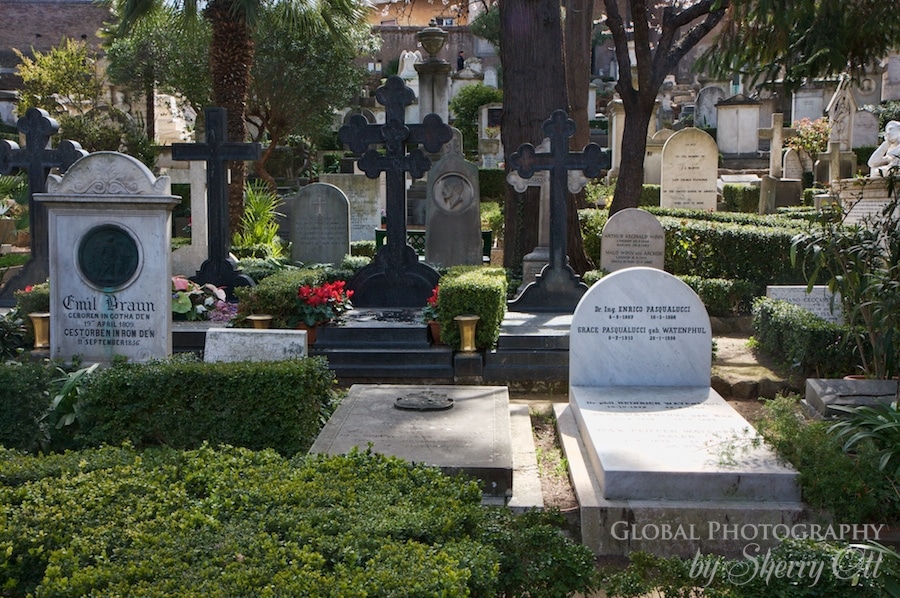 The non-catholic Cemetery has many surprises 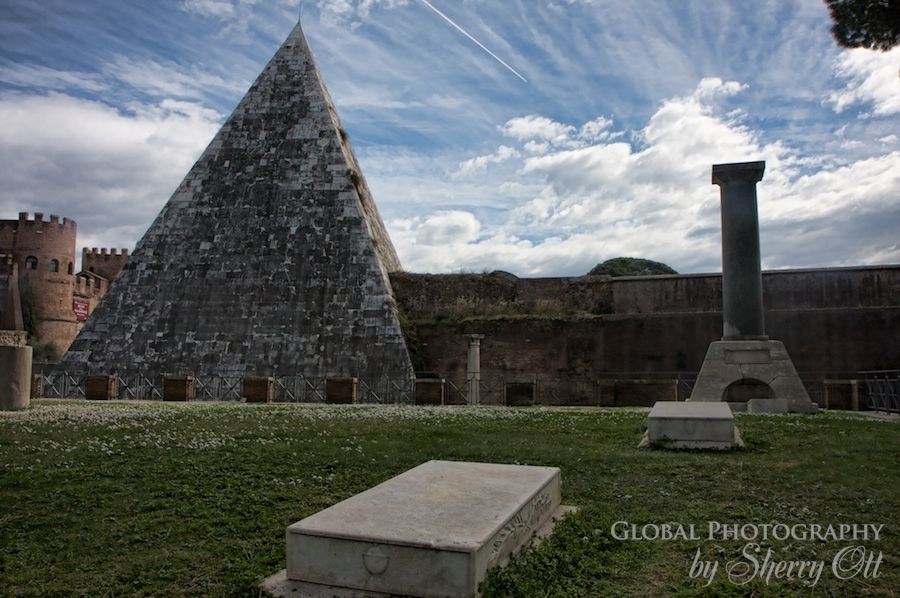 A pyramid tomb is the most prominent grave in the cemetery 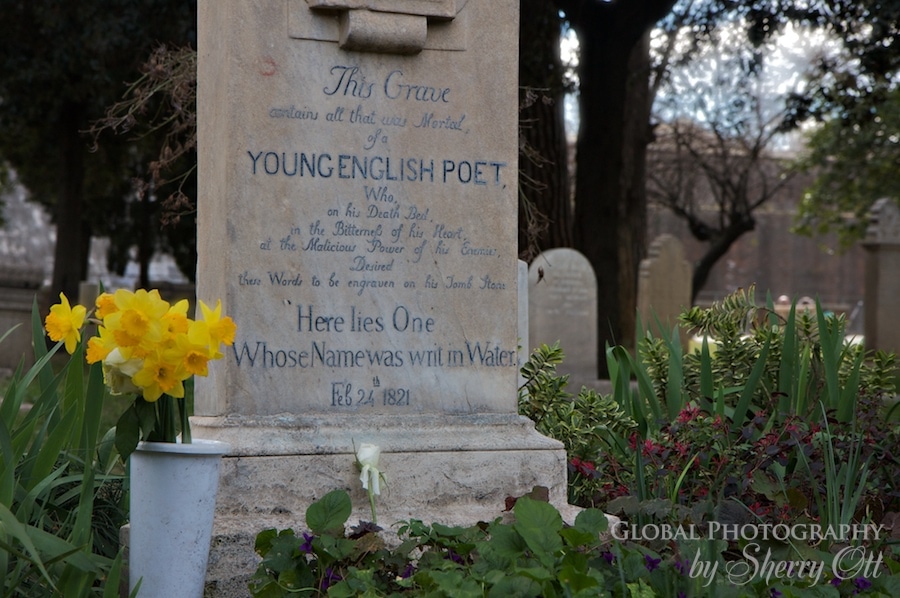 The most famous grave in the cemetery – John Keats. It simply states, “Here lies One Whose Name was writ in Water.” 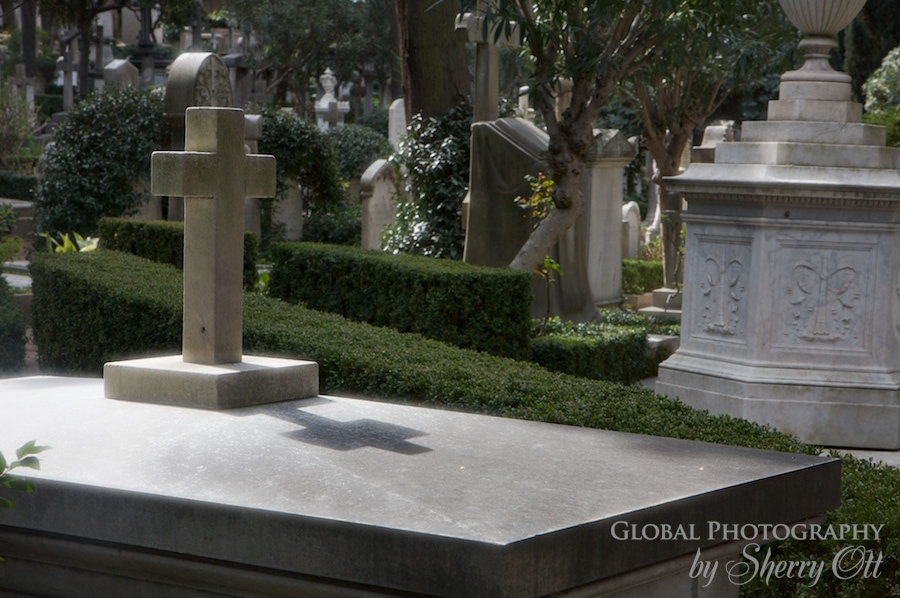 The graves were all quite different 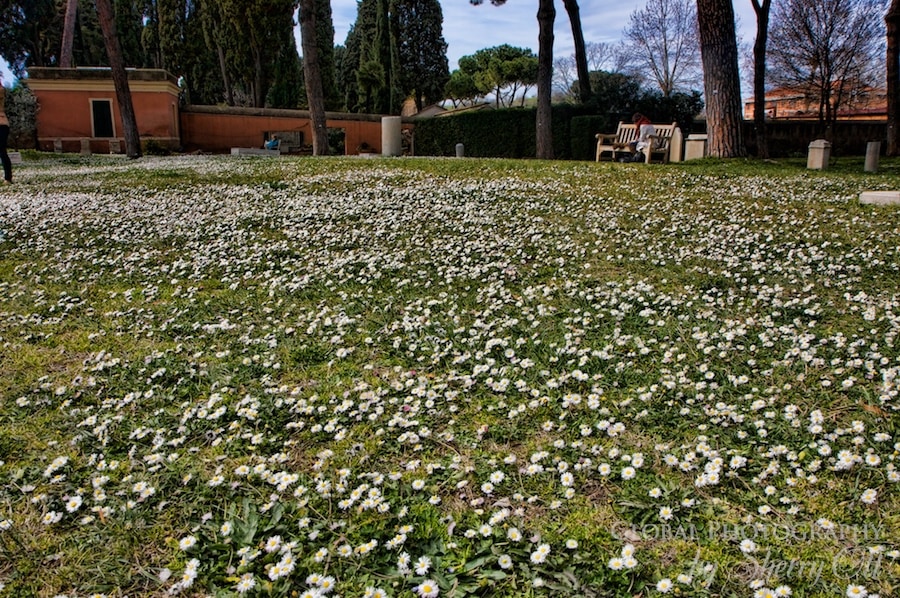 Wild daisies had started to bloom, giving an accurate meaning to the phrase, “pushing up daisies.” 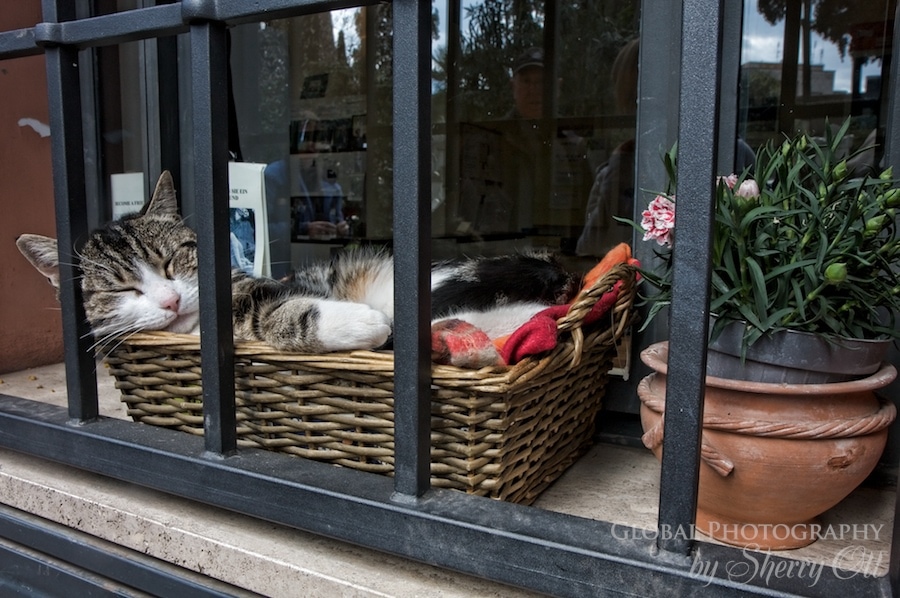 The cemetery is home to over 40 cats and donations are taken for them. When the cemetery closes for the day the caretakers put on classical music which let the cats know they can come out and roam. 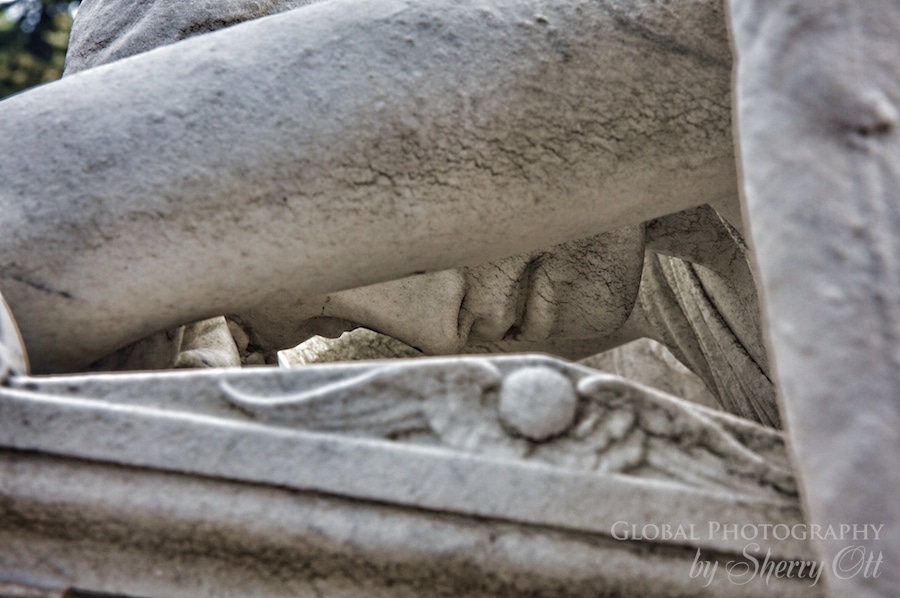 Where are your favorite cemeteries?