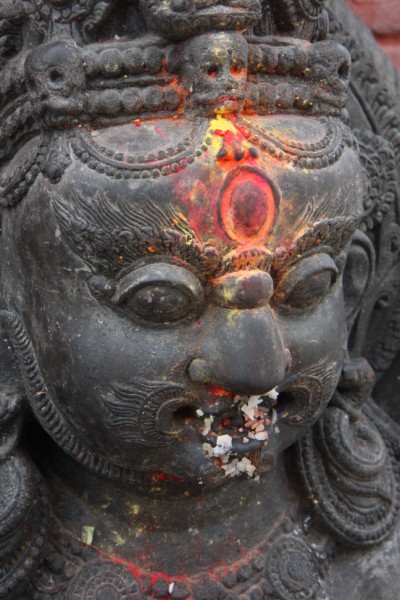 Oh my God â what have I done? I kind of feel like itâs my first week at college again where I miss my friends and my comfortable life and wonder how the hell Iâm ever going to make it.

I arrived in Kathmandu after 27 hours of travel from NYC to Nepalâ¦My body and mind felt like mush, on top of it I had cramps.Â  I was excited to be in a new country again â yet a bit intimidated to be doing this all by myself.Â  When I left on my around the world travel 2 years ago, I left with a group of friends who I could talk to and in some way that could comfort me and ease me into the solo adventure.Â  Plus â I went to a country where I was taken care of by a friend who lived there; once again preparing me gently for what was to come.Â  It was a nice transition.Â

However, this transition was anything but nice; in fact the whole thing has been terrifying to me.Â  Maybe I got to cocky and thought that I was tougher than I really am.Â  Maybe I got too soft in the US where life is easy.Â  Iâm not sure what it was but this transition has knocked me on my ass and has left me freaking out thinking âWhat have I done?âÂ Â  Going from shiny, bright, clean, NYC, the epitome of western culture, to Kathmandu Nepal felt as if I had left this planet and traveled light years away. Nepal is like India. Iâm not sure why I hadnât realized that before I stepped off the plane, but I didnât. I was thinking that it might be a bit more developed than Indiaâ¦but trust me – it isnât. In fact, in some ways â itâs harder than India. Delhi had pockets of calm and of places you could go to get some western pamperingâ¦but Iâve yet to find anything like that hereâ¦then again I havenât been looking too hard either I suppose. The streets are terrible and the traffic is crazy â beyond crazy; trying to walk down the muddy âstreetâ is a death wish. Itâs monsoon season so itâs muddy and wet and you share the road with bikes, people, motorcycles, cars, buses, cows â itâs a massive mess where every step is possible death â or at the very least a severe injury. I remember India like this, but for some reason it seemed a bit more civilized there â maybe because there seemed to be more open space. Here itâs a 1 Â½ lane road surrounded by buildings with no where to go to get out of the way. Itâs dirty, it smells, I have no hot water, Iâm just waiting to get sick, the bed is a foam pad. Sure, Iâve dealt with all of these things before, but not after I had spent 8 months of easy living in America. I had normally come from one bad condition to anotherâ¦so it never seemed that shocking before. This time I was shocked. 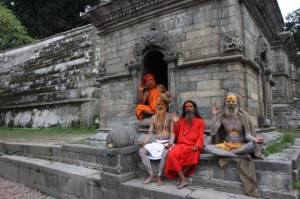 I all of a sudden was flooded with memories of what I left behind and thought why did I do this to myself? Iâm all alone in a challenging situation and regret starts slipping into my headâ¦.but I canât let itâ¦.yet it really, really wants in.

I met with the man that runs the volunteer organization. I knew this would be very different from my last volunteer experience. When I volunteered in India with a US organization, I knew I would be taken care of well, doted on even â after all â the cost was $3000 â which was really because they had staff to completely support us. This volunteer stint that I as doing in Nepal was $340 – so I knew that you get what you pay forâ¦and I thought I could handle that. Yet now Iâm really wondering if I can. Once again â on top of it all I am reminded that Iâm on my own, which can make a difficult situation ever more difficult. Letâs just say that there isnât much support hereâ¦itâs ok while Iâm in Kathmandu, but once I get to this village â Iâm terrified. In fact, the more I hear about the village I get even more terrified. I think Iâm tough â but I am currently doubting that right now as I sit in my lonely room awake thanks to jet lag.

In the âorientationâ that I was put through, I learned that I will be eating rice and beans every day for 2 weeks; a type of real life Survivor. They told me that I should expect to get sick at some point too thanks to all of the new bacteria waiting to invade my virgin western stomach. In order to get to the village, there is a jeep that runs but the road is quite poor and steep; they told me that if I was scared, I should just tell the jeep to stop and I could get out and walk. First I should learn the Nepali word for âstopâ I suppose. Oh yeah â and I also found out that there will be a community bathing area in which I will need to bath in front of everyone from a large bucket of cold water. Then I was informed that the village that I will be living in has many leaches, but I simply have to pull them off. Mind you, leaches were never in the brochure. Yet, maybe the most terrifying thing to me is that I will be completely shut off from the outside world. No internet, no friends, nobody to converse with in English. My two days of Nepali language class while I was severely jet-lagged isnât going to get me through any meaningful conversation besides âmy name is Sherryâ.

On top of this â I have to figure out how to teachâ¦I honestly donât know what to worry about more, eating beans and rice for 15 days, bathing in front of everyone, leaches, having diarrhea, falling off a cliff, or teaching kids everyday. Itâs all a toss up. 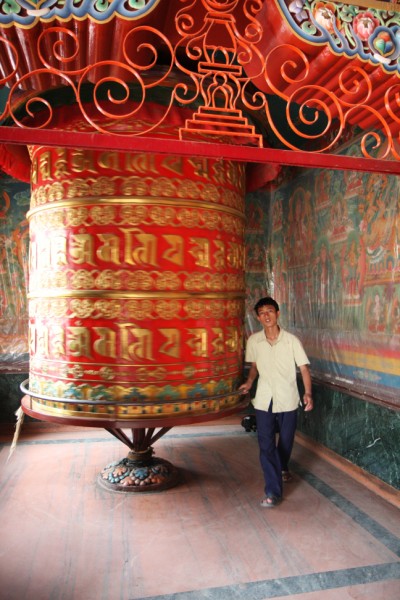 Iâve been trying to remind myself that the first few days in a new country/city are always like this â very shocking and very scary; but eventually you get used to it and ease into it. It never seems as bad as it first did when you arrived. So Iâm really hoping that that feeling takes hold and this immense load of worry that Iâm carrying on my shoulders goes away. I know that at some point your brain just gives up and resets itself â much like when I was climbing Kilimanjaro. You stop fighting it and just give in to your surroundings. Unfortunately, I havenât stopped swinging yetâ¦

This whole process has made me totally forget about my fears of Vietnam for now, yet it is there in the back of my head. What if I canât live like this? What do I do?

To top things off tonight, I wanted to get some stories posted that I had been working on â and I wanted to check email before going into the hell that I have subjected myself to. Little did I know – thereâs a daily power outage in Kathmandu and as I was writing my email to my friend in the hopes of feeling better getting some of this off of my chest â the power goes out and the whole city is black. I am writing this by candle light right now. My cell phone doesnât work â and the fact that Iâm completely cut off makes me want to cry; but I wonât. Why wonât my brain just give in? Maybe it would if there was someone to talk to about all of thisâ¦to laugh about itâ¦to commiserate withâ¦but there is no one. Just me and this keyboard. Instead â I didnât even get to feel like I could say goodbye for two weeks. I just hope that I persevere and make it though.