Learning How to Remove Leaches 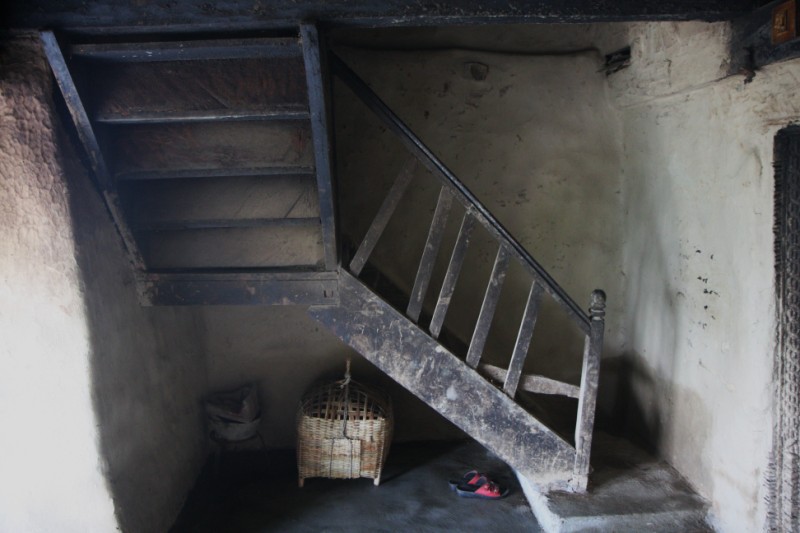 Snapshots from this day of the journey can be found here!

Today I arrived at the village of Puma where I will be staying for 2 weeks. Itâs pretty much what I thought it would be in my âprepare for the worstâ expectations. Yet I donât know that one can ever be prepared to pull big leaches off their body. 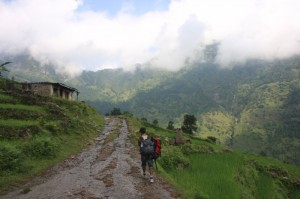 Khadgo leading me to Puma

We got up early in Besisharha And Khadgo went to inquire about taking a Jeep to the village of Puma â up in the mountains about 1 hour away by Jeep. âThe road to Puma is very poor.â This is what Khadgo told me, and heâs Nepalese; when a Nepalese person says something is bad â then it is worse than bad in my mind. We wouldnât even call it a drivable road in America. With all of the mud slides and rain from the previous day, he wasnât sure if the Jeep could even make it through. He came back to me while I was eating breakfast and broke the news to me â the Jeeps canât make it through, we would have to hike to Puma. This was ok with me for three reasons; I would have been terrified of being a passenger anyway as the âroadâ was steep and narrow, I thought the exercise would be good for me as I love to trek, and I wasnât in any hurry to arrive at the village due to all of my fears about being there anyway.

Unfortunately, if I had known this, I might have packed a little differentlyâ¦like much, much lighter! I took my big pack and Khadgo took my other two packs with computer and camera and we took off. I loved the trekking. It was definitely challenging as Iâve never had to carry a pack that big while trekking before. Normally porters carry the bags, but I was my own porter today. 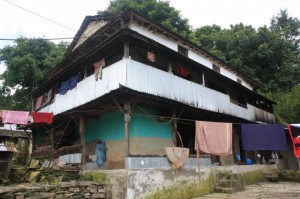 The home of my hosts in Puma

It took us 3 Â½ hours to make it up the mountain to the Puma village. The last part of the hike we went through muddy/watery rice fields as a âshort cutâ. That is when it happenedâ¦the leaches. I of course didnât know this until I took off my sandals after we arrived at my guest house. I had 3 big leaches and 2 small ones on my feet. I pretty much freaked out. They told me that there could be leaches here, and Iâve had them before, but theyâve been small, not like these big ones that were happily attached to me. I tried to stay calm, but Iâm sure that the panic on my face was a give away that this is something that didnât happen regularly in NYC to me. In NYC I just go for pedicures, the little pedicure ladies are the only ones that touch my feet â not leaches.

Khadgo quickly took his chewing tobacco (unused) and put it on the leaches and then he pulled them off. See, I learned something today â if you want to remove a leach, have chewing tobacco, they come off much easier and less painfully than pulling them off. Apparently salt and lemon also work. Tuck that info in your survival handbook just in case you find yourself in a similar situation. After they were pulled off blood started gushing everywhereâ¦those little suckers work fast. Seriously, Iâve never had something bleed so much before. Itâs worse than nicking yourself shaving â itâs like they drill into a vein or something! We cleaned it off with water that is undrinkable for me, and the situation was handled. 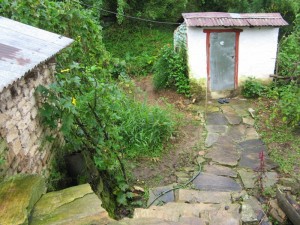 The walk to my outhouse

The house that I was staying in was big in village terms. But for those of you out there reading this, it wouldnât be a house to you, so donât get some vision that it has 2 bathrooms, carpeting, and a living room. Instead it is a concrete/mud structure with a porch that you sit on, an outdoor fire pit and an indoor fire pit (2 kitchensâ¦practically a mansion) and an upstairs room where the family sleeps. It has electricity, but no plumbing. The women fetch water from the many waterfalls around the village. The âbathroomâ is an outhouse with a squat toilet and a bucket of water. Overall, there were no big surprises to me, until I went into the outhouse and saw the HUGE spider that is also in the outhouse. Thereâs nothing better than doing your business in the dark a huge spider to jump on you. Can I just give up now?

Trust me â I did consider giving upâ¦but there was no real way to do that eitherâ¦so I had to survive and go on. 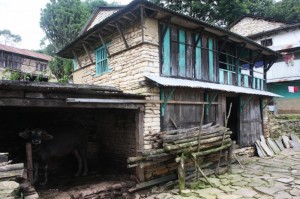 My room above the buffalos

My room is not in the main house, in fact I have a little room all to myself just off of the house; over the cow stable. Can you imagine the smell? It also has a host of spiders in it, after all, it is a barn. Iâve tried my best to make peace with all of the spiders; they have their space and I have mine. Hopefully we wonât intrude on each others space; .at least I pray thatâs the case. The room isnât too bad, you get used to the smell and honestly itâs about what I was expecting. Yet when I woke up in the middle of the night and heard the rats, I started wearing ear plugs after that.

What I wasnât expecting is that there is no one here to speak English with at all. According to my volunteer company, there was supposed to be a man that lived in the village that is to be my âcontactâ. A person that can speak some English and looks in on me, answers questions, is my contact back to the modern world, etc. However, I got here today and we found out that his father-in-law has taken ill so he is away and no one knows when he will be back. 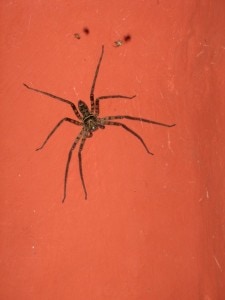 After depositing me with my âhost familyâ Khadgo had to leave me. So here I am â all alone with no way to communicate. When Khadgo left I had to fight back tears as I really felt like I was being abandoned. Sure the woman and her mother that I would be living with seemed nice for the 5 minutes I spent with them, but they didnât speak English and I was all alone up here on the hill â 3 Â½ hrs from any sort of civilization. I felt like I was about 7 years old again; completely helpless. Before he departed, Khadgo said that if there is an emergency that I can call on the familyâs cell phone. I talked myself out of the tears, I had to. My image of myself was coming crashing down, and I couldnât let it plummet any further; I couldnât give up, thatâs not who I am.

Before Khadgo left, he took me on a quick walk around the village where we went to go see the school. The school is very minimal and there are about 20 children in all. The principle at the school speaks minimal English and the other two teachers speak even less. Iâm not at all clear on how the school operates and what and when they want me to teach, but thatâs my cross to bear tomorrow. Today was just for learning how to remove leachesâ¦one day at a time, one day at a time.

8 Responses to "Learning How to Remove Leaches"