I hit a low today. I think it was due to many different things; but what affects me the most is not being able to have any type of conversation with anyone. Iâm not simply sitting here silent â I am trying to form together a few words whenever I can, but it is very hard to get a question out or a sentence out when you really just know the words for rain, good, small, big, eat, house, leach, you, my, tomorrow, mother, sister, father, I and water. Great if I want to say âyou eat tomorrowâ or âI eat leachâ or âmother rain waterââ¦but you canât do much more than that with my limited Nepalese vocabulary. Iâve been writing down my questions in the hopes that when someone does come by that knows any English, I can start to ask them all of my questions.

The day started like normal, I woke up to the sounds of a rooster and the smell of cow shit. As a side note, I think that me having to sleep over the cow barn is the universeâs way of payback. When I was a kid, weâd take family vacations and when we went by cow barns, I would profess to love the smell of the cow barn. I would sniff loudly and say how good it smelled; leaving my brother and sister utterly disgusted. Actually Iâm sure that I didnât really like the smell â but what I did like is that it pissed my brother and sister off. When you are the youngest you will do anything to make your brother and sister mad. If they liked something, I didnât. If they hated something, I liked it. So, I hope my brother and sister are reading this as they should be happy now that karma has come my way in the village of Puma as I sleep over the smelly cow stall. 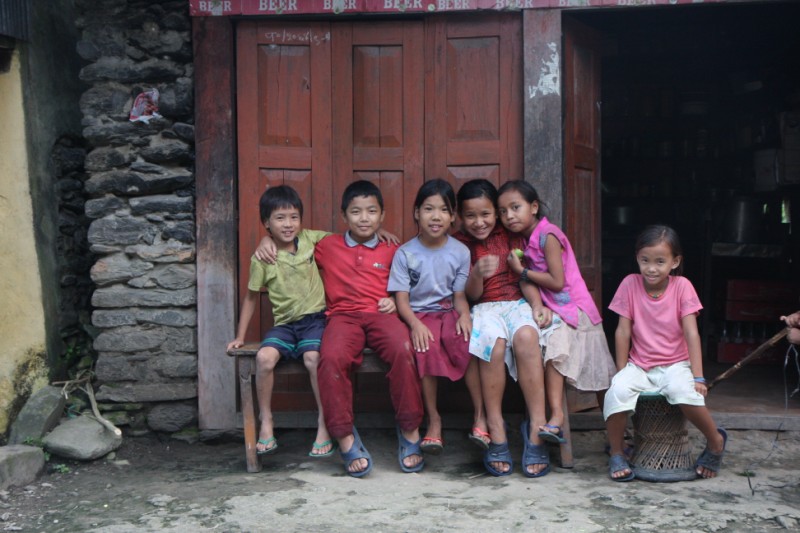 Children in the village

I got up and went to the bathroom as my bladder was about to burst since I would push my bladder to the limit by not getting up in the middle of the night to go to the bathroom. Else I would have to go outside in the pouring rain, pitch dark, and brave the leaches and huge spider; instead I would just hold it. I went to the outhouse and spotted Charlotte (I had to give the spider a name so it would seem less intimidating), and thatâs when I noticed that Charlotte had invited a friend into her home (my bathroom) âanother huge spider. Seriously â was I being tested? So I named this one Wilbur and did my business. I remembered to check my feet for leaches afterward and washed up a bit.

My intention today was to finally take a âshowerâ. However this wasnât as easy as one would think. First, with no plumbing, there is no shower. Instead there is a pubic wash area where the water flows. Everyone goes to this area and washes clothes, their bodies, and gather water for their home in huge metal jugs. You can imagine my concern when I was trying to figure out exactly how to go about this public bath. Do you bath with your clothes on? Did you âshowerâ under the spout or take a bucket with you and do the âbucket showerâ? Is there a line? What is the bathing etiquette? I had millions of questions but no way to really ask them. Sure, I tried charades, but that didnât get me too far. So I decided to go one more day without a shower in the hopes that I would find someone that I could ask my questions to. I put on some baby powder instead.

I taught all day today and it went fine, yet it was challenging as usual as the kids vary in their abilities. Plus they are like me learning Nepali; they know vocabulary words, but donât know how to put them together in a sentence. They love to watch me and mimic me though; that can be hours of fun. After school I said goodbye to the kids and arrived back at my house and hit a low. I sat there and was completely frustrated that I couldnât talk to anyone in a complete sentence. Plus, what seems to piss me off more is that every time I am trying to recall a word in Nepalese, the Italian word pops into my head. Hell, I couldnât seem to remember the Italian when I was trying to learn Italian a year ago, but now it seems to just come back to me â when it does me absolutely no good. In fact I lay awake at night and think of a bunch of Italian words and I can normally remember them with ease. I think my brain is misfiring. 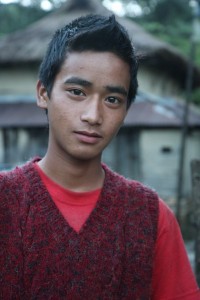 After trying once again to have the conversation with Didi about the âpublicâ shower and how to go about it, I was defeated. I had decided that I would wear my running shorts and jog bra up there if I had to and figure out how to do it regardless. As the night began to fall, two kids came over to the house. They were older teenagers and nicely dressed. Didi explained that the kids were her niece and nephew (when I say explainedâ¦I mean more like somehow said the word sister and kid and I put together the rest). This was her way of providing me some answers to my charade questions. She had her niece and nephew come by who knew more English then she did. After all, the youth of the world typically know more English then their elders. It wasnât as if conversation easily flowed â but we got through it and I have a better idea of how to go about bathing now. In addition I was able to get through a number of other questions that I had such as will the spider in the bathroom pounce on me? They assured me that the spider will not bite me. However, the most important thing is that for the first time, I was having a conversation â and I could laugh and feel a bit human again. Thank god for youth.

2 Responses to "Saved By Youth"