Alberta is home to one of the most impressive mountain ranges in the world, the Canadian Rocky Mountains.Â  With snow covered peaks, wildlife, lakes, and glaciers, it’s one of the world’s great adventure playgrounds. Take a flight to Calgary and then it’s easy to get from Calgary to Banff – in a short 90 minute drive you are surrounded by peaks.Â  I stayed in Canmore Alberta for 4 weeks in the winter and experienced a full array of winter adventures even though I never put on downhill skis once!Â  It became a ‘winter home’ to me and I had a love affair with the mountains, people, art, adventure, and myriad of things to do in Alberta Canada!

Things to do in Alberta Canada :

There are plenty of things to do in Banff if you don’t ski!

Do winter landscapes and snow capped mountains give you the chills? Â Then you should slide on over to my gallery of photos from Alberta Canada!

Getting Close to Alberta Birds of Prey

The golden, wheat filled horizon stretched out in both directions as far as my eyes could see. The horizon line blurred at the ends as I squinted my eyes trying to take in such a vast landscape. It was a never-ending horizon, perfectly flat; when I stare at it I see a world of possibilities […]

The Canadian Badlands: A Place to Slow Down and Savor Life

When I arrived in the Canadian Badlands, I was going through all the motionsâ¦it had been a whirlwind travel day of moving, moving, moving. We did introductions quickly in the parking lot and shook hands. I never thought of myself as hurried – until I went to pull away from the handshake and he took […]

Embrace Winter From Above in Banff

I donât ski, but I want to get to the top of the mountains to see the gorgeous Banff National Park views – whatâs a girl to do? Hereâs the perfect non-ski Banff thing to do â ride the Banff Gondola â thereâs no skiing required! So if you donât ski, it doesnât mean you […]

How would you like to have 182 people in your family? And what if all 182 of them were 4 years old? And had tails? At Snowy Owl Dog Sledding Banff the dogs are family. Yes, yes I know â everyone says thatâ¦but trust me when I say Snowy Owl is different than most touristic […]

I feel giddy like a 7-year-old at Christmas. I look out over the barren tundra, a new environment for me, and think about how it makes me feel free and hopeful. The clouds break and a crack of blue sky appears, as if the game of hide and seek is over and it can finally […]

The Lure of Ice Fishing

âItâs called fishing not catching, â Big Jim said. I figured he had used that line before. But he was right, and it was a good way to set the expectations for my first day of ice fishing. Big Jim, a fishing guide from Banff, was taking me out for the day to his fishing […]

Quick â whatâs the first word that pops into your head when you hear Banff Alberta? For 80% of you I’m sure you thought, âskiingâ. With 6 months of winter to downhill ski, champagne powder, and 3 (yes 3!) ski hills to choose from, skiing is really the obvious answer. Itâs too bad that I […]

âA snowflake falls on the side of a mountain in the rugged Canadian Rockies. But that’s not the end of the story. From that moment on, the snowflake will have a whole new life,â Nadine says with a sparkle in her eyes scanning the audience. The snow is lightly falling around her like feathers from […] 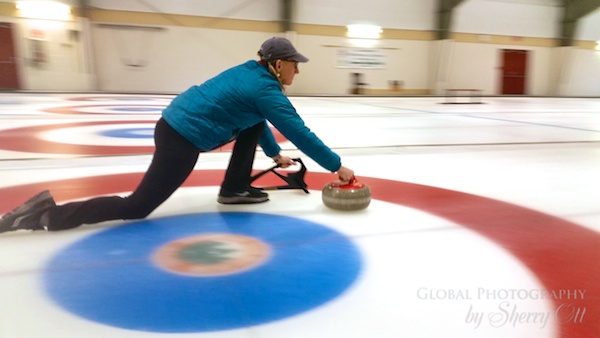 Weâve all seen it during the winter Olympics â the strange and foreign sport of curling. Every 4 years I have the same reaction, âWhat?! This is an Olympic sport? What next, will they allow shuffleboard into the summer Olympics?â Yet secretly, much like badminton and ping-pong in the summer Olympics, curling intrigued me. When […]

Getting Schooled in the Kitchen 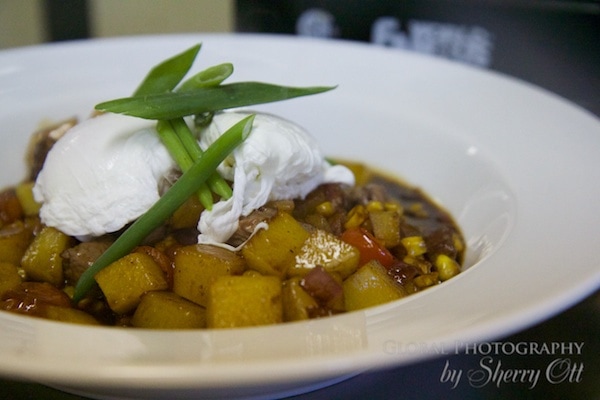 Why does it always look so easy when you watch it on the Food Network? Hell, those chefs can whip up a whole dinner in 30 minutes while talking to a camera and not one swear word comes out of their mouth. How is that possible? For the first time in years I had my […]