The Dirty Side of Rome, Italy 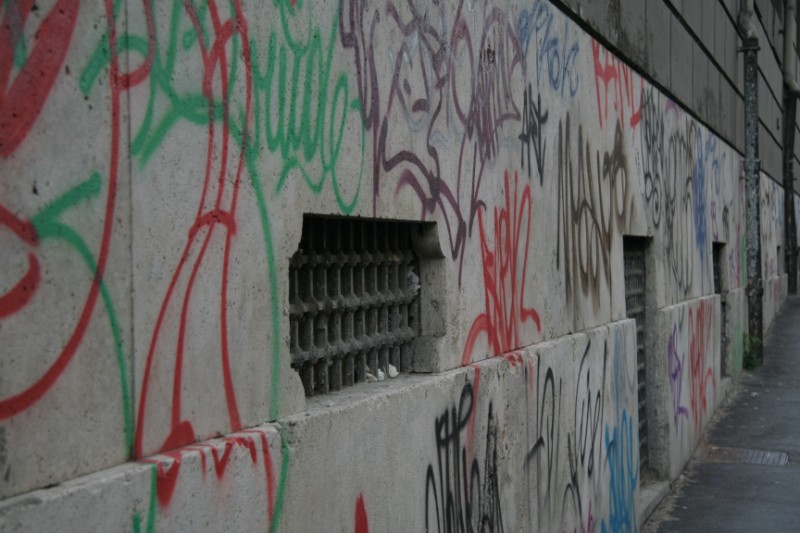 We all have themâ¦secretsâ¦sometimes small, sometimes big, sometimes innocent and sometimes dirtyâ¦and Rome is no exception. If youâve spent time traveling around the city of Rome then no doubt youâve been to the main sites â along with thousands of other tourists. You went to the Vatican City, Sistine Chapel, Piazza Narvona, Trevi Fountain, Colosseum, Roman Forum, and my personal favorite the Pantheon. They are all within walking distance of each other and every day you see thousands of other camera toting tourists, wearing tennis shoes, carrying a backpack and a bottle of water going from site to site enjoying the beautiful ancient city.

Exposing the dirty side of Rome

The city is extremely beautiful â but like any big city it has its not-so-pretty parts too. The areas that no one talks about, or the sites that no one photographs. You see these things with your own eyes, but you try your best to ignore them in the picture and focus instead on the Colosseum. However â this was my 5th visit to Rome, I was tired of trying to ignore the elephant in the Romeâ¦errrâ¦I mean the room. I was ready to stand up, arm myself with my camera, and acknowledge the secrets of Rome, no matter how unpopular that might be.

These dirty secrets manifest itself in trash, graffiti, homeless people, and construction. These items are actually littered all over Rome at the main sites, but we focus on the beautiful Colosseum or Pantheon, looking past the beggars and graffiti. Let me warn you though, the graffiti is EVERYWHERE. It’s not just in the ‘bad’ parts of town, or on the abandoned building. It’s on the walls of buildings in the nice neighborhoods, where people live every day and tourists walk through. The town is overrun with it â on the buses, on the trains, and on the phone booths. If I stood still too long – it would probably be on me!

Iâm used to seeing graffiti â I lived in NYC after all â however, it pains me to be walking through the streets of Rome and see a beautiful old door with graffiti all over it. I mean reallyâ¦what did that door ever do to deserve that? Itâs probably good that I couldnât understand most of the writing as it was in Italian â else I really would have been depressed to see FU painted on someoneâs doorâ¦sort of like the scarlet letter. The worst area for graffiti seemed to be Trastevere â which is a travesty (heeâ¦hee) as itâs one of my favorite neighborhoods in Rome.

One of the disappointments that tourists face throughout Italy is they get to a much anticipated site â say Piazza Narvonaâ¦theyâve waited for months and months to see the famous fountains, theyâve saved money for the last 2 years to take a trip abroad, and they get to the Piazza armed with their camerasâ¦and the fountain is covered in scaffolding. Itâs a big disappointment, however itâs rather normal. These ancient sites canât simply be closed from the hours of midnight to 8AM to be cleaned and refurbished and then opened back up for the tourists as if it were Disneyworld. Unfortunately, they are refurbished for months and months leaving all of the tourists that come to take pictures disappointed. Shit happensâ¦yeah, itâs a bummer, but itâs better that they take care of these ancient places, than let them fall apart just for the sake of your photo op.

While I was in Rome there were a number of places that had scaffolding surrounding it like a girdle. Instead of shying away from these monuments in their girdle of scaffoldingâ¦I embraced themâ¦I took photos of them! Sure, some people thought I was a little crazyâ¦but oh wellâ¦I got my picture of the fountain and they didnât! One of my favorite types of scaffolding was when they would have scaffolding, and a tarp wrapped around the monument. The tarp would have the picture of the building on the outside. Somehow this was supposed to make you feel better. Sure, you didnât get to see the real thing because it was covered with a tarpâ¦but you got to see the next best thing, a picture of the monument surrounding the monument.

I have to admit â I had a lot of fun taking these photosâ¦of course people looked at me strangely, but thatâs nothing new. It was something a bit different and got me excited about going to the sites again for the 5th time. Sure, these photos wonât end up in any tour brochure â and they shouldnât. They need to remain a secretâ¦so forget you ever saw themâ¦as itâs our little secret.

5 Responses to "The Dirty Side of Rome, Italy"