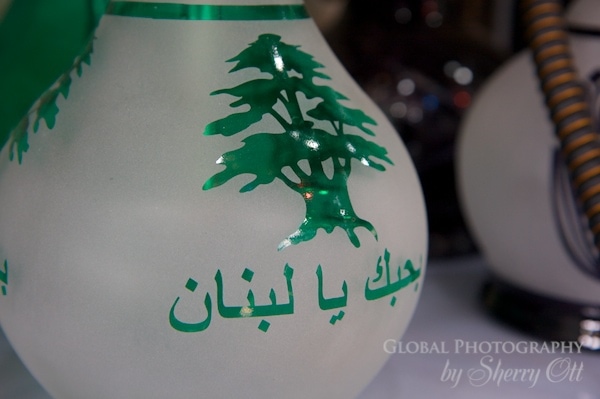 Lebanon is such a confusing country.

It is full of contrasts everywhere you look and with each person you talk to. Just when you think you understand it, you realize you donât. I think only people who are native to here can begin to understand it. Living in Lebanon means living in uncertainty. Itâs an exhausting way to live, but they do just thatâ¦they live and they donât really think about or notice these contrasts. But outsiders do notice these contrasts; so be prepared for them.

Snow | Sand
The contrasts begin with a something the Lebanese are very proud of; they boast about one of their most popular contrasts â the climate. Iâve had numerous people tell me how Lebanon is the only country where you can go ski in the morning and go to the beach in the afternoon. Yes, there are mountains here. And yes, you can ski on them. It is a pretty amazing fact â especially coming from America where our mountains, sea, and climates are divided be great distances. But this contrast is just the beginning. 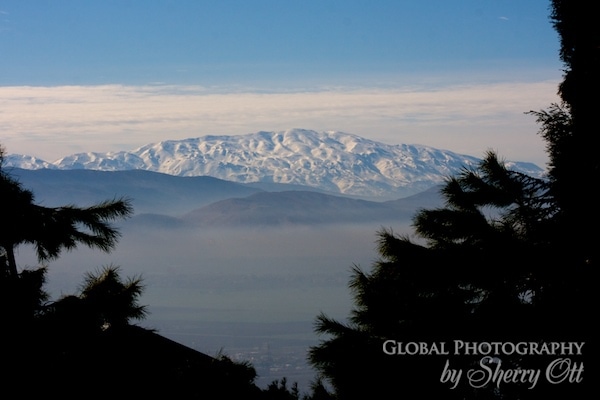 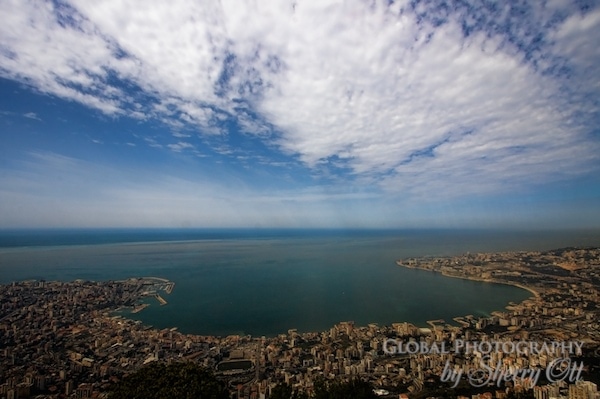 Safe | Dangerous
Read State Department warning and 80% of the people wouldnât go to Lebanon. However locals say itâs normal; come and it will be fine. I think they are so used to living in uncertainty that the uncertain has become certain to them and they donât even know it any longer. Numerous times I received mixed messages while I was in Beirut. In case you didnât know, the US Government considers one of the major political parities in Lebanon, Hezbollah, to be a terrorist group. Locals repeatedly told not to wander in certain Hezbollah areas. Iâd ask âWhy?â, trying to better understand what the repercussions of walking in a Hezbollah neighborhood was. Sometimes people would tell me I would be kidnapped. Some people said I would be followed. Everyone told me not to take any pictures or even get out my camera in a Hezbollah neighborhood. And then some people told me Iâd be fine (as long as I didnât have my camera out!). I was totally confused. I had never heard any news of random tourists getting kidnapped in Lebanon latelyâ¦but who knows. On top of it, I didnât even know where the Hezbollah areas were â itâs not like they were outlines on a map like we outline red and blue states in America. When I asked people, generally I was told I would just be able to âfeelâ itâ¦they were different and I would notice that instinctively. I donât think they were taking into account that Iâm a foreigner and everything is different to me no matter where Iâm at in Lebanon! I finally did get people to show me some general areas on the map, but quite frankly â I never really was very sure.

Dollar | Lyra
Go to an ATM in Lebanon and strangely youâll get a choice of receiving your money in Lyra or US Dollars. For all purposes, the Lyra is a dead currency; it died after years of war and inflation. However itâs still around. 1500 Lyra = 1 US Dollar â this is a very important thing to know because throughout Lebanon youâll be able to pay in dollars or Lyra interchangeably â even within the same transaction. You never know what currency you will get back either â or it may be a mix or currency. This means tourists must be math geniuses Iâm used to converting money all the time when I travel; but Iâm not used to converting it multiple times in different currencies in the same transaction. The locals are great at this though since theyâve been living with this forever and the exchange rate hasnât changed for decades. Sometimes youâll even negotiate taxi fares in lyra and then pay in dollars, and then get lyra back as change. Of course I wonder if this isnât just a ploy to rip you off, but I never did get ripped off; itâs just normal everyday stuff for the Lebanese. 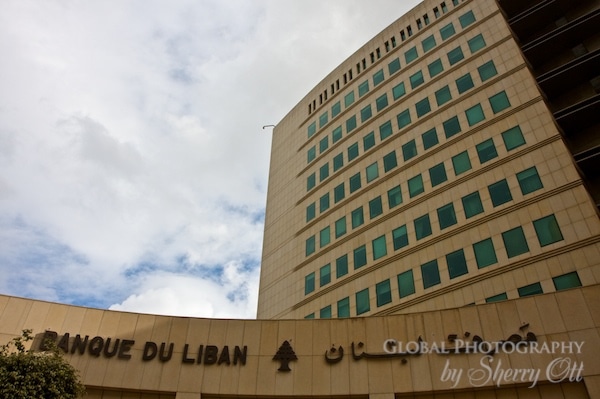 Where all of the currency confusion begins...

Modern | Old
Walk around Beirut and you see bombed out buildings, bullets holes on the sides of buildings, right along side shiny new, modern malls and high rise condos. This is one of the most confusing things about the city â this mix of new and old. But not just oldâ¦war ravaged old. Buildings crumbling with people still living in them. Some had massive holes in the sides of buildings from bombs, bullet holes peppering the upper floors, and completely abandoned buildings left as skeletons. Fifteen years of civil war left most of Beirut flattened into rubble. Most cities would have given up and moved on rebuilding somewhere else; however Beirut has been rebuilding their downtown area and refurbishing these buildings. Seeing this contrast was probably the most shocking thing to me. I had never been in a country with such a recent and prolonged violent history before so each bullet hole stuck out to me like a scar, while the locals barely noticed them. 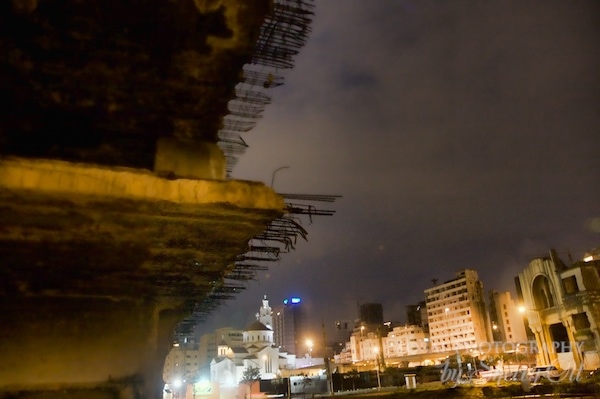 Crumbling buildings next to modern ones 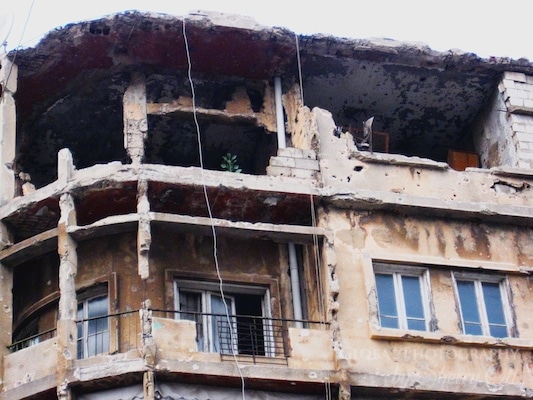 Middle East | Europe
Lebanon is considered the Middle East, however it doesnât feel like the Middle East at all. Beginning with the fact that three languages are spoken interchangeably within the same sentence! French, Arabic, and English are intermixed effortlessly in conversation. The common greeting is âHi, Kifak, Ca va?â English, Arabic, French meaning âHi, how are you doing?â You will also commonly hear this – âOkay merci kteerâ, âyallah bye!”; translation: âOkay thank you very muchâ, âCome on, byeâ, Not only is the language mixed, the religions are mixed too. This gets very complex, however the first thing youâll probably notice as a tourist is that you will see women in birkas (veil) and hijabs (scarf covering the hair) walking next to a woman with a mini skirt and 4 inch stilettos. Tight clothes, no problem, cleavage â no problem. Anything goes in Beirut when it comes to fashion â you will see the two extremes. The beauty is â no one cares. You get no strange looks, no one judging you; they just accept the diversity. 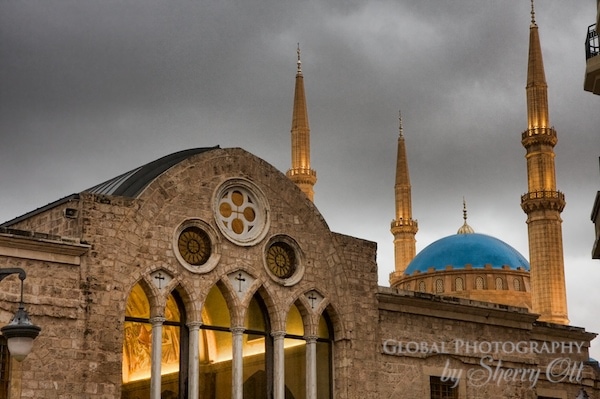 Muslim and Christianity collide in Lebanon

Developed | Unstable
Upon arriving in Lebanon and meeting my host family and at 6PM the electricity went out; I sat in complete darkness a little stunned. Iâm used to power outages in many countries, but I wasnât expecting it here in such a modern country. After about 10 to 15 seconds all of the power came back upâ¦thanks to a huge neighborhood generator. The city of Beirut has daily power outages, but they are so common that every neighborhood has generators that pick up the slack. This means all of the residents pay two electric bills; one to the Libon Electric, and one to whomever owns the generator. They decide how much electricity they want to buy from the generator and most people have chosen to use less overall energy while on generator. This basically means that before you use the microwave, you better first check and see if you are running on the generator or if the electricity is on else you may get charged more. As a foreigner, I would forget this strange fact of living, but to the locals this was second nature.

Me standing by a CAT generator...my dad would be so proud (a 35 year retiree from CAT)

These contrasts kept me intrigued and curious the whole month I was in Lebanon. Itâs like no other country Iâve been in; instead, itâs like all of the countries Iâve been in before around the world â shoved into one small little country.

Have you been to Lebanon?Â  What are the contrasts you experienced?