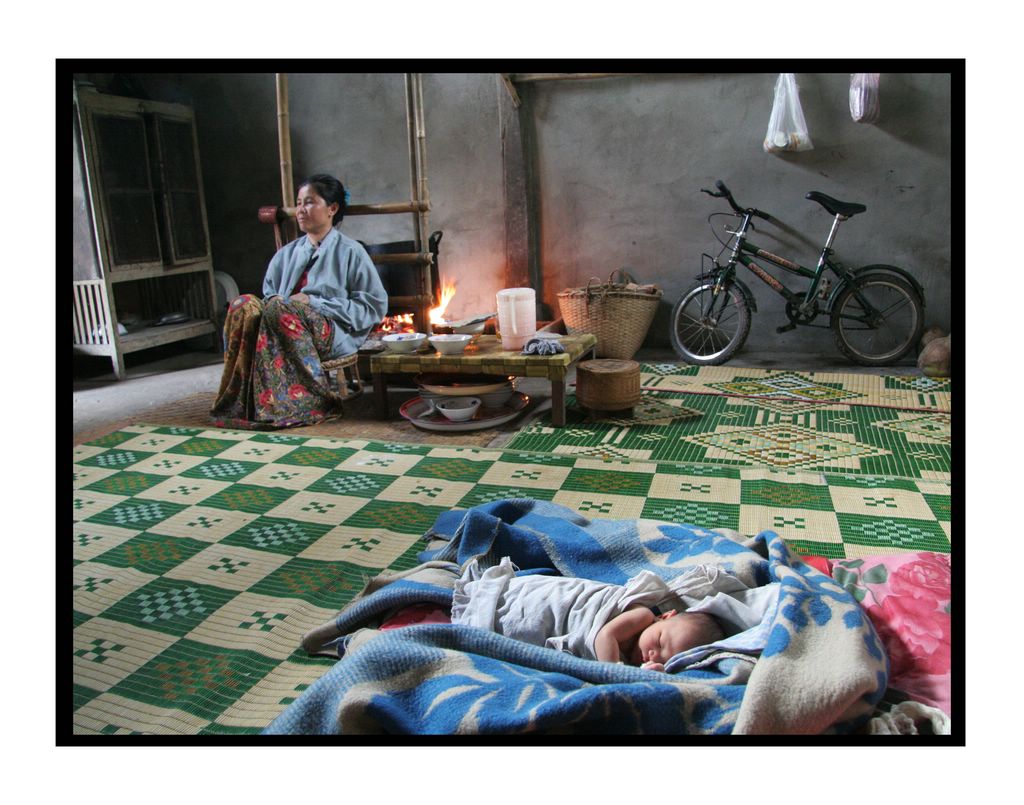 Click here to see the photo documentary on Whiskey and Babies!

Yes, this may be an unlikely combination, however, when you enter a rural village in Laos, you never really know what you are going to encounter. I went in search of whiskey, and found a 5 day old baby.

We had heard that outside of Luang Prabang, along the Mekong River, there are rural villages that specialize in making moonshineâ¦rice whiskey. We went to the village to learn more about the whiskey making business, and take some lifestyle photos. As soon as we arrived, a man came to us and started trying to sell us the local rice whiskey. He had a number of different kinds of whiskeys and rice wines, and he even had a large inventory of whiskey with snakes and scorpions in it. Mexico thinks that they have the market cornered on weird animal life in boozeâ¦well, a worm doesnât stand a chance to a large snake. We sampled various types and each one seemed to burn more going down my throat. We decided to let the booze sink into our bodies by walking around the village to see if we could catch any moonshine making in progress.

We did find some families working on their whiskey making â however, what we became mesmerized by was the functioning village itself. There was fishing, farming, kids playing, men swimming, and women weaving. We slowly walked around the villages and wandered around narrow paths leading behind homes, into fields, and down barren roads. Around each corner we found something new to photograph.

As we were about to leave the village, the man who originally tried to sell us whiskey came running up to us. Instead of trying to sell us whiskey, he invited us into his home to see his 5 day old daughter, Et. He had heard that we were doing photography and wanted a photo of his new daughter. We sat and talked to he and his wife for about 30 minutes. She had delivered the precious baby girl in her hut only 5 days ago. The local medicine man delivered the baby who was perfectly healthy. The mother was giving a special bark and wood to boil and drink the water for after childbirth. The wooden remedy was suppose to be for improving the new mothersâs strength after the traumatic birth and blood loss.

We came to the village for whiskey, but got much more than we expected out of it. A fascinating look into rural life.