Walls Made of Rubble in Malta 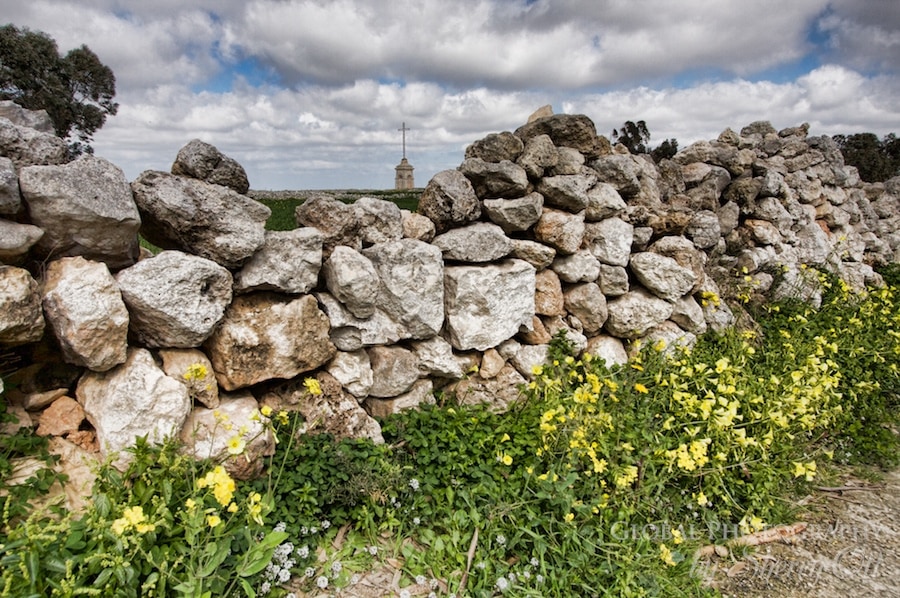 The stone walls in Malta serve many purposes

I looked out of the van window and had this deja-vu feeling.Â  I saw the wall sections spread across the Malta country-side as if it were a giant patchwork quilt – made of stone.Â  I had seen these walls before, in another country but as long and hard as I stared at the walls and tried to remember where – the answer did not come.Â  I wondered how long it took to build these walls of rubble.Â  Patience and limestone, those are the ingredients to rubble walls, there’s nothing holding them together but the skillful stacking and weight of themselves.Â  This was yet another architectural wonder of Malta.

Unlike the unclear origins of the Maltese balconies, the stone walls were most definitely started by Arabic influence and they serve multiple purposes.Â  They were used to section off land ownership.Â  Often when a father passed he had to split up his land between his many children (most families had more than 10 kids), the walls sectioned off the land.Â  In addition the walls were used for farming; specifically to avoid erosion.Â  Water and wind is able to pass through but the walls trap the soil and prevents it from being carried away from the fields.

These walls may look simple, but trust me – they aren’t.Â  Typically it takes great skill to build these dry stone walls; stones are carefully placed in double walled design, and filled in the middle with rubble.Â Â Â  It mainly consists of erecting structures by using only gravity and friction as binding agents and the technique is thousands of years old.

One wouldn’t think that walls would be a staple of a country, but in Malta they are.Â  Putting the architecture and agriculture aside, they are beautiful structures that are mesmerizing; they are works of art standing alone in the countryside.Â Â  They add to the unique Maltese landscape; who says that rubble can’t be beautiful. 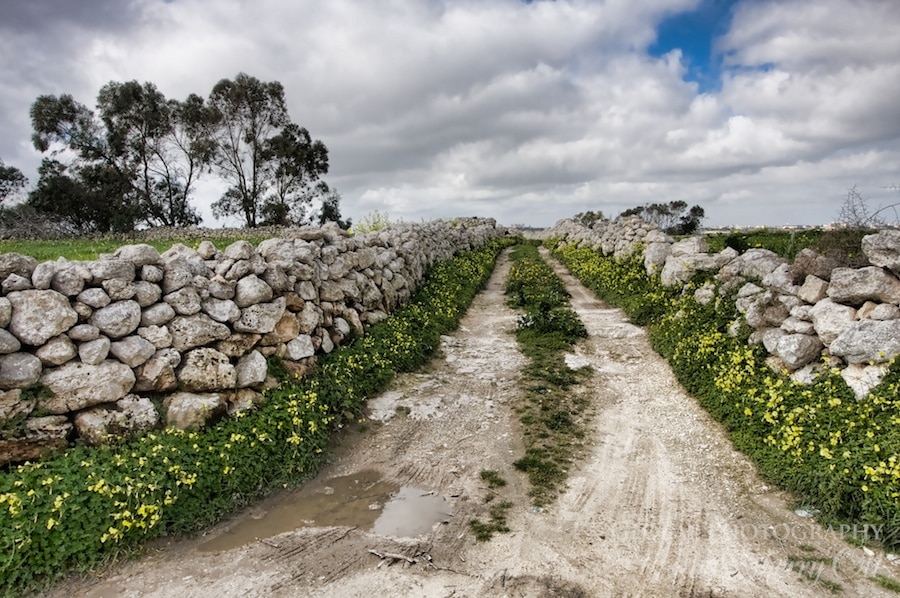 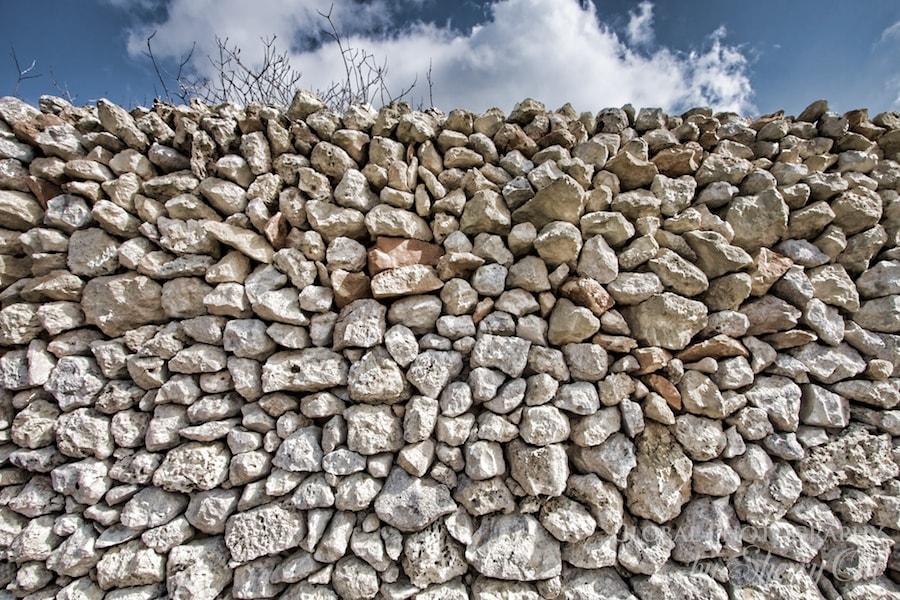 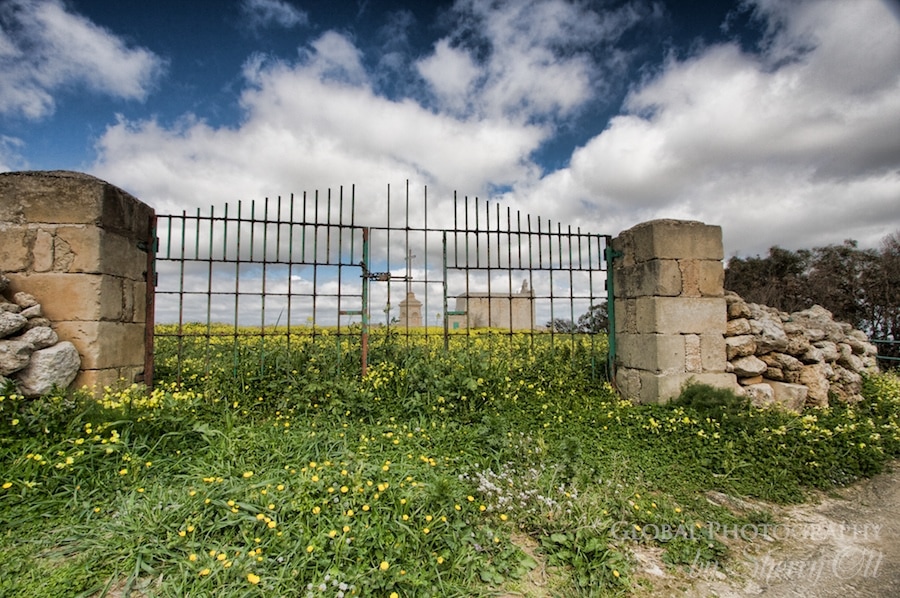 A 'modern' gate among the old walls 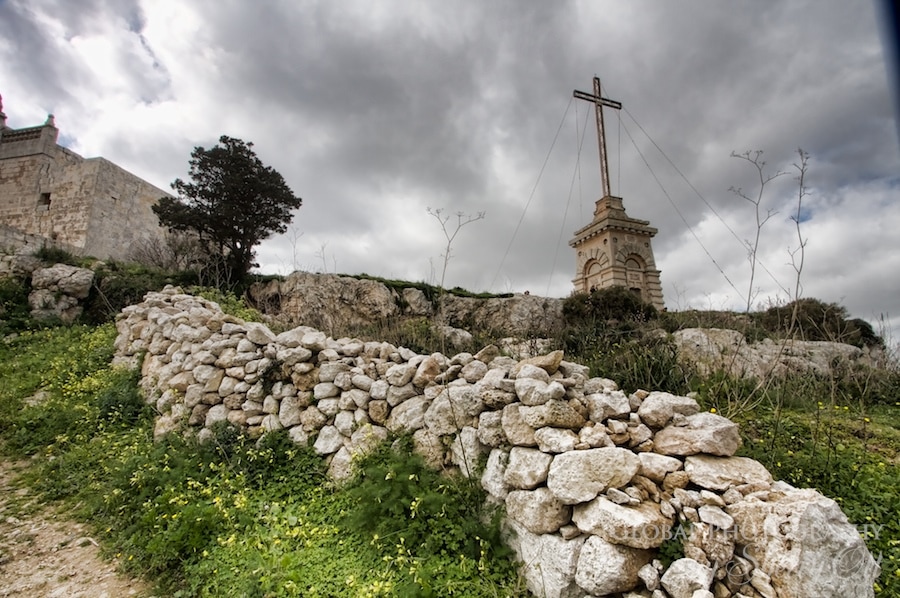 Walls around the cross 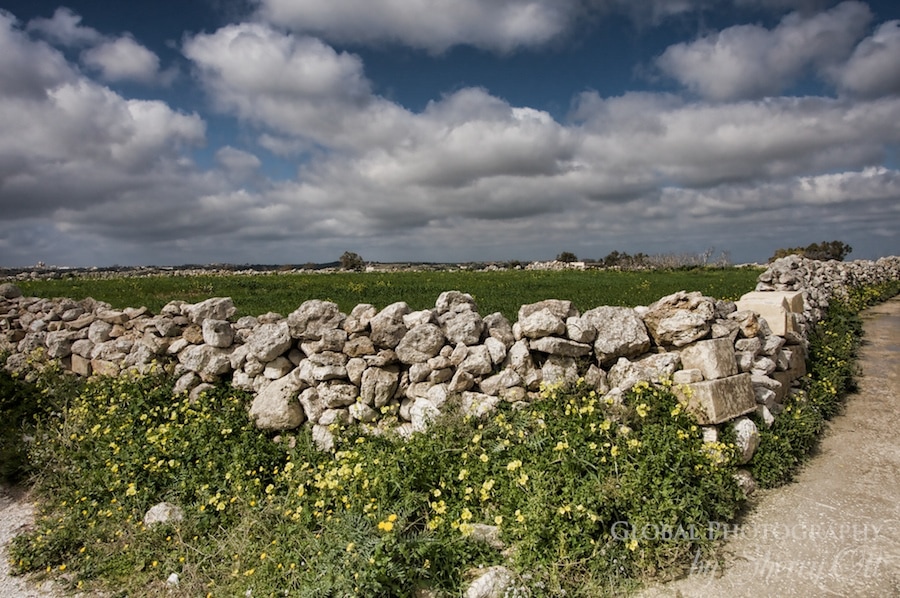 Click on image to get more information on how you can purchase the image.

8 Responses to "Walls Made of Rubble in Malta"