Things To Do in Istanbul Turkey

Things To Do in Istanbul Turkey

I can’t do it all myself these days, so I’ve had traveler Staci Schwarz helping me with various admin stuff on my blog – thank you Staci!  Recently she and her family took off from Iowa for a career break and are currently traveling the world.  They just landed in Turkey and she did the first thing a new visitor should do in Istanbul  (after figuring out which neighborhood to stay in of course!) – take a walking tour to get an overview and comfortable with the city and culture.  I sent her off on a Walks of Turkey tour and here’s how it went…

A Whirlwind Tour of Istanbul

We had been in Istanbul for five days trying to get our travel legs underneath us. My husband and son were doing great, but my daughter and I were struggling with jetlag, language challenges and home sickness. We needed a cure.  And fast.

Luna met us early in the morning in front of the Blue Mosque for our Walks of Turkey tour. We would be spending the entire day together on a whirlwind exploration of all of the major sites of the city (as well as a few unexpected and delightful surprises).

Our first stop was the Blue Mosque, and it was a good thing we headed there first because by the time we came out, the entrance line was all the way across the courtyard and snaking down the block!

The Blue Mosque is just lovely. The tomato red color you see in the tiles here has never been successfully duplicated â the artist took the secret of his color mixing with him to the grave.

From here it was onto the Hagia Sophia. This mosque has such history. It was once a pagan shrine dedicated to the sea god, Poseidon, before being converted to a Christian Church. It then burned twice and was rebuilt twice before it was converted into a mosque when Constantinople to the Ottoman Empire in 1453. Luna was enthusiastic and knowledgeable about all of our stops, but it was clear that Hagia Sophia held a special place in her heart.

By this time, we are starting to feel a little better â we were learning to navigate the city, learning about Turkish history and culture and meeting interesting people from around the world in our small group. So it was on to the Basilica Cistern â an underground water reservoir that dates back to the time of Constantinople. It was dark and eerie in here and we all loved it. The cistern was made using scraps and ruins from other projects like these Medusa head columns.

We were all starving by this time so we stopped for a traditional Turkish lunch of mezes and kebabs. It was over lunch that we learned a startling bit of history. My husband had noticed all of the tulips in the carpet and tiles of the Blue Mosque and Luna had told us this was because the letters that spell âtulipâ are the same letters used to spell the name of Allah and so tulips were considered sacred and holy. In fact, she told us, it was Sultan Suleyman the Magnificent who gifted the tulip to the ambassador to Emperor Ferdinand I. WHAT??? Tulips didnât originate in the Netherlands?!? But we have a huge festival every year at home celebrating all things Dutch with a TULIP FESTIVAL!!

We were going to have to re-evaluate everything we thought we knew about life, but first we had to move on to the Grand Bazaar and the Egyptian Spice Bazaar. Both of these were quick stops and that was ok with us because they were overwhelming. With over 3600 booths, the Grand Bazaar is the largest covered bazaar in the world. There is a catch though â everyone is selling essentially the same thing â evil eye jewelry, gold and silver jewelry, tea sets, glass lamps, musical instruments and hookahs. And then the same things all over again. And again. And again. Luna told us that you can walk around for 15 minutes and see all of the same things you would see if you walked around for three hours. I believed her.

A Unique View of Istanbul

At this point Luna told us that she was going to take us to a rooftop to see some great views of the city. She took us through some back alleys and into what looked to be a dilapidated building, through long hallways full of doors. We noticed that people were in back rooms stocking carpets and fixing lamps and she told us that this was a storage area for some of the shops. At the end of a dismal looking hallway, we had to wait for someone to come unlock the door for us and then climb an old uneven winding stone staircase. At this point, we were all getting a little wary of what was coming next, when the door swung open to reveal the most gorgeous views of the city imaginable.  We were given free rein to explore the rooftop, crawl and stand on the domes and take as many pictures as we wanted. This was my husbandâs favorite part of the tour.

But still there was more. We headed to the harbor for a cruise along the Bosphorus. The skies were looking angry and Luna was promising a heavy rain, but I was bound and determined to stay up on the top deck of our boat until the rain forced me below. And this is when I discovered, much to my delight, that Istanbul is at its finest in the rain, fog and gloom. Most places are captivating in sunlight, but Istanbul captivates me most when itâs minarets are hazy and itâs skyline is filled with dark clouds. (And it only sprinkled on us a little bit).

We ended our full day tour with a walk to Galata Tower, although we chose to skip the long lines and take in our city views over tea and coffee at a nearby rooftop cafÃ©. It was exactly what we needed to get out of our funk and get out into the city to explore and discover what Istanbul has to offer. And as an added bonus, we got to see this.

Istanbul in a Day tour with Walks of Turkey:

Pros:
Group size – there were only ten of us on this tour which made it possible to really ask questions and interact with the guide and fellow group members.
Luna – the level of enjoyment on any tour really boils down to the knowledge, enthusiasm and friendliness of your tour guide. Luna was not only knowledgeable and willing to answer a ton of questions, but she was also a joy to spend the day with.

Cons:
This really is a whirlwind tour. It is meant to be an overview of the sites of the city. Therefore, we may not have gotten to spend the amount of time at each location that we might have if we had been alone. But we also wouldn’t have had near as much fun or gotten near as much information. It was a long day at 8.5 hours, but every moment was worth it. We give 8 very enthusiastic thumbs up to this tour. 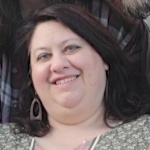 Author, Staci Schwarz, is currently on a round-the-world adventure with her husband and their two teenagers â none of whom have been out of their home country before this trip. You can follow their shenanigans at Blame It On My Wild HeartÂ and learn more about how one mom convinced her family to chase adventure and shake up the globe.

See more of Istanbul and Turkey

Staci was a guest of Walks of Turkey for this tour, but all opinions expressed here are entirely her own.

11 Responses to "Things To Do in Istanbul Turkey"