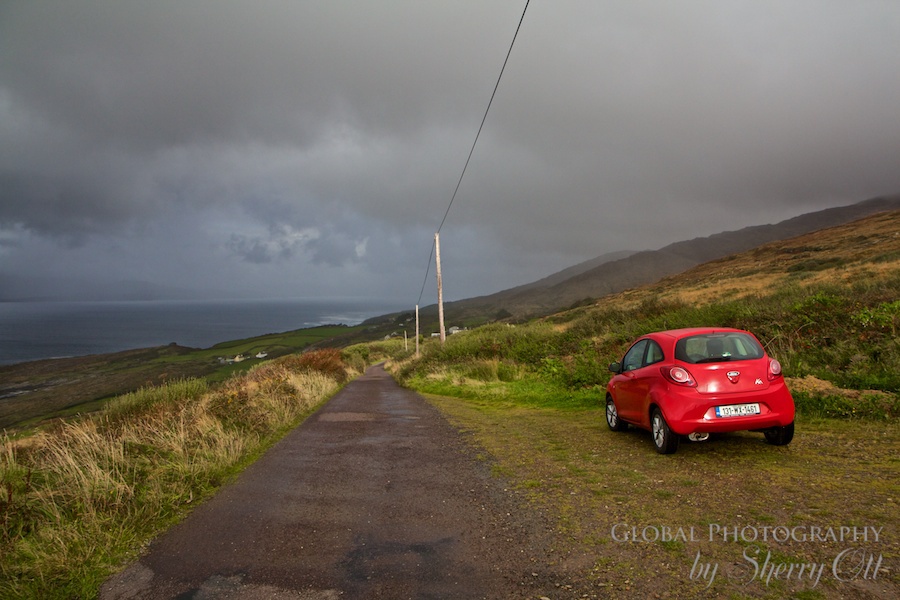 I was anxious and nervous as I waited for the guy from Hertz to give me my keys to my rental car. After all, I was taking off on my own driving around a foreign country for 3 weeks exploring the infamous winding, narrow back roads of Ireland. All of this was going to happen on the other side of the road than what my brain was used to. On top of that, the rental agency was out of automatics, so I would be driving a manual transmission. âGive me the smallest car you have,â I requested to the guy behind the counter. This wasnât a budget request, this was a sanity request.

A Note on Being Brave

I know you all think Iâm this brave, independent woman; however, Iâm going to reveal that you are half right. Iâm definitely independent â but brave is not a word I would use to describe myself (however feel free to keep calling me brave all you want). I grew up a nervous, fearful kid that flowed into the way I see the world as an adult.Â  I have to actually force myself to be brave most of the time; and this solo road trip in Ireland was no exception. I literally had to convince myself to get in that car and drive. I knew it would be confusing, stressful, and I would have to do everything myself, but at the same time I knew I would end up loving it. Itâs sort of like getting waxed â you know you will love it in a few hours, but you have to go through the hair being ripped out of your flesh first to get there. Ouch.

A few months prior to deciding to do this solo road trip along the Wild Atlantic Way in Ireland I asked my Facebook followers if they would take a solo road trip and I was surprised by all of the answers I received that were gushingly positive. It sort of made me feel like a wimp. Most people said they had and would do solo road trips in the USâ¦and therein was the issue. For my fellow Americans, newsflash – the US is easy. You understand the driving rules, signs, and culture, but once you take that solo road trip onto foreign soil, itâs a bit more of a challenge in my opinion. And Iâve driven in a lot of foreign countriesÂ  both developed and undeveloped â and as much fun as it is to say I did it, it was not a walk in the park.

Luckily Ireland is still pretty easy when it comes to roadtrips, after all I speak the language so thatâs a plus in my âno problemâ column. However in the âIâm intimidated columnâ I didnât know how to drive on the other side of the road, I knew the roads would be super small and narrow, I didnât understand the traffic rules, and everything was metric.

But here I was walking out to my very small red rental car about to take off and face those fears. And let me tell you â I had to do a lot of self-talk to accomplish that. Which side am I supposed to be on, stay in the middle, go slow, donât panic, is this a turn lane, what does that arrow mean, am I going the right way, oh shit â that was a stop sign, am I supposed to be in this lane, donât forget you need to push in the clutch when you stop, whoaaaa â where is my turn signalâ¦the internal chatter/panic in my brain was endless â and I was just trying to get out of the airport complex!

But I was officially behind the wheel and on my way and thatâs half the battle.Â  My best solo road trip advice – just get in the car and drive.

Here’s the weird and wonderful thing about tackling your fears and becoming brave – you come out the other side feeling better and more confident than ever.Â  And who doesn’t want that?Â  Over the course of 3 weeks I slowly changed. I went from giving myself pep talks and being terrified every morning to get into the car and start driving, to anticipating the dayâs drive and being super excited to be on the smallest, craziest roads. I eased up on my white-knuckle grip on the steering wheel and actually got comfortable and let the blood flow back into my fingertips. I started listening to music and sang along at the top of my lungs. I waved at people on little back roads as if I knew them. I passed other tourists and scoffed at their timid driving ability. By day 5 â I was wearing a perma-grin and yelling at slow tourist drivers.Â  (officially apologizing now if you were one of them and I dropped the F bomb at you)

I daydreamed about receiving the ultimate driving complement – people thinking that maybe, just maybe I was a local driver. By the end of 3 weeks I was driving faster and more aggressively than I ever had – I was completely comfortable. My solo road trip had been a transformative experience â which in my view – it means it was a giant success. 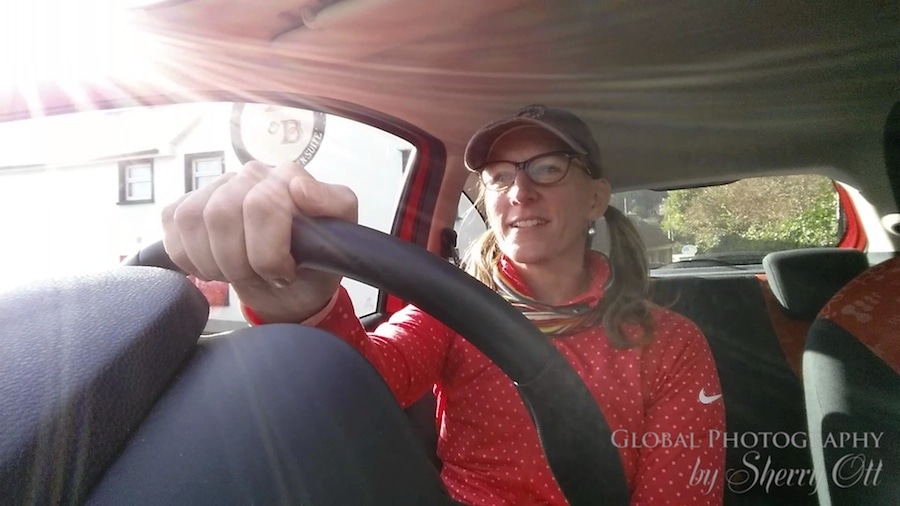 Getting behind the wheel in Ireland is a trip to remember!

Stay tuned – I’ll be sharing much more on this roadtrip in Ireland, as well as how you can do it yourself.Â  By the end you’ll be booking a ticket for your own road trip in Ireland!

How did I get all of that video footage while driving solo?

Well, it was quite a balancing act at times as I drove and took my own footage out the window! But I mainly used a gopro, an XShot selfie stick, and a smart phone holder – check them out for your own solo adventures!

Note: My website can contain some affiliate marketing links. That means that I get commission paid if products and services I write about generate sales. And it means you are helping to support this little blog of mine – THANKS!
My editorial content, however, is not influenced by merchants nor by affiliate partnerships.

12 Responses to "Taking on the Wild Atlantic Way Solo"