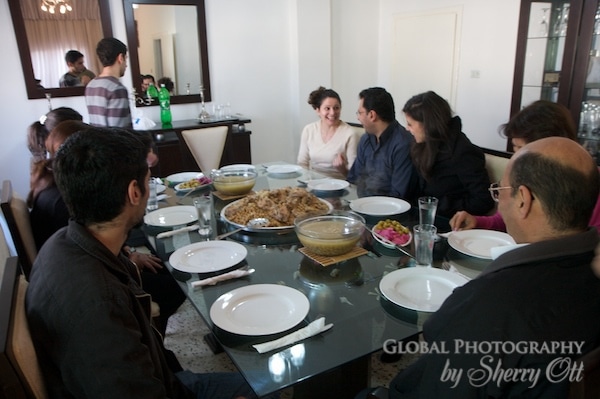 I sat on the formal couch and listened to the Arabic words swirling around me; lightening fast and coming from every direction. I looked at the people surrounding me and took note of their gestures and facial expressions. I tried to piece together the puzzle of what was being said, but I knew that was impossible. Instead I amused myself by simply making up a conversation in my head; I imagined what they were talking about in such a passionate fashion. I was directing a soap opera in my mind, slightly amused by my own imagination; then my dramatic world was interrupted as English words brought me back to reality. I looked around the room and everyone was looking at me in anticipation that I would answer. âYes, Iâd like more coffee.â I replied.

This was a scene I encountered daily in Jordan and Lebanon. The scene was always set in a âreceiving roomâ, with little cups of Turkish coffee on the table. This process was the one thing that was for certain in the Middle Eastâ¦visiting would occur daily.

I was prepared for desert, for camels, for drinking tea; but I wasnât prepared for the hours of time I would spend sitting and visiting with people in the Middle East. Quite frankly, I donât think most tourists would really experience this side of the Arabic culture which is an important process to maintaining family and community ties. However, because I was living with locals in both Jordan and Lebanon, I found myself thrust into the local pastime of talking.

While in Jordan each day Etidal, my host mom, would âacceptâ a couple of visitors for coffee and visiting. The neighbors or a family member would stop by, and Etidal would run and make some coffee or tea and then weâd all sit on the couch and talk. Actually I would just listen to the swirl of Arabic around me unless of course the guest knew a little English and then I could be a part of the conversation. The only multi-tasking going on was drinking coffee at the same time; there was no distracting television, music, computer, or cell phoneâ¦just the simplicity of a few people sitting and talking.

In the evenings Etidal would put on her nice shoes, get cleaned up and ask me if I wanted to join her and the other family members. âWhere are you going?â Iâd ask.
âTo see my sister/mother/brother/family friend.â
Iâd consider it for a bit and think if I were home there is no way I would go waste my time with this. However I wasnât home, and I wasnât sure if I could even say no. Since most of the family went with her, I felt somewhat obligated to accompany them as âpart ofâ the family. Normally I would close my laptop, put on my shoes and join them. After all, I knew it would be a cultural adventure even though I may not understand the whole conversation. It was in these numerous conversations I learned about the real Arabic culture, politics, religious views, dating, romance, and gossip of the country or city.

There was an etiquette to visiting. If you were visiting someone you werenât as close to in friendship, then no doubt youâd be ushered into the âreceiving roomâ which was closer to the front door and much more formal. The good china would often be used to serve tea to guests who werenât as well-known, and the whole atmosphere of visiting was a bit different; more formal. However if you were family or good friends, then you were able to be more casual. You were brought deeper into the home into the family room. Tea and coffee were still offered, but the everyday cups were used and it took on a really relaxed atmosphere. 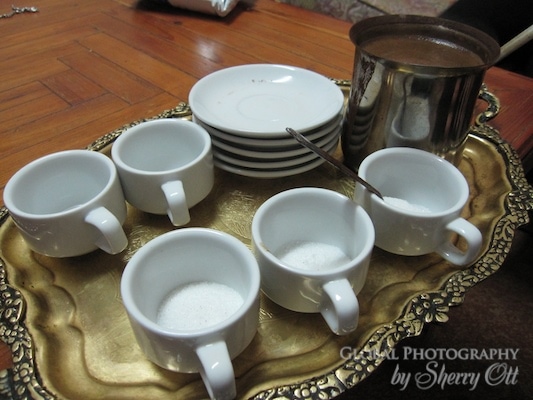 In Lebanon the same etiquette to visiting occurred â there was a formal room to receive lesser known guests, and a family room to receive close friends and family. In addition, in both countries it was necessary to always have something more formal to serve as a treat with your coffee/tea. I remember one time when Mira, my host mom in Lebanon, was talking about how relieved she was that she had some chocolate cake on hand as she had an surprise visitor show up and had to have something nice to serve him. I asked her what would have been the consequences if she hadnât had cake to serve him and she responded that it would have been âterribleâ. I tried to probe more and basically got an answer that she would be considered cheap or not a good hostess if she wouldnât have had the proper snacks to serve. Visiting is serious business and has serious social consequences.

However, how does a foreigner who doesnât speak Arabic really understand what is going on in such a situation? It was actually quite easy. First I understood the relationship of the visitor to my host family immediately as soon as the visitor was ushered into either the formal room or the family room. Then as soon as Mira walked in with a tray of good china and herbal tea it told me more about her relationship with the guest. If there was cake offered/served that told me even more. When the speaking began, I became very good at reading body language. I watched people intently and caught a few words here and there and could sometimes piece together conversations. Often my host family would stop and explain a bit to me â at least enough of the puzzle pieces to put together understanding of the conversation along with the body language. Sometimes though I would zone out and simply make up my own stories; imagining I knew what they were speaking about.

Is Visiting a Lost Art?

I came to really enjoy the visiting process. After a month, I started to long to have relationships like this, which were frequent, in-person, focused, and close. But quite frankly, this concept of visiting is a dying art in America. It still exists in some parts of the States, and with certain generations (like my parents), but itâs dying. Itâs being killed by our constant need to multitask and have relationships with our electronic devices rather than sitting with real people. I canât really remember a time when I had a surprise visitor show up at my apartment door. First of all, they definitely would have texted me first to let me know they were coming. There are few surprises in this digital world any longer. Our visiting takes place on skype or a chat room, or simply through a series of text messages with shortened words and cryptic abbreviations. 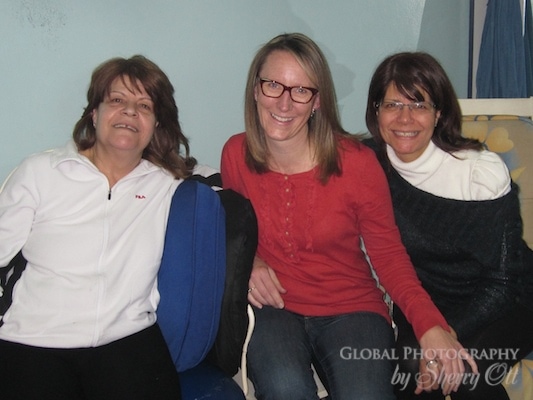 Visiting with Yola (right) and her sister in Beirut

In this world of high tech communication it seems old fashioned and silly to sit and simply talk for an hour or two. I am so used to multi-tasking that I find sitting and talking to be a bit boring; at least I used to think it was boring. The Middle East changed my thoughts on the process. Granted, I donât think Iâm ready to fully convert my weekends to visiting cousins and friends completely, but something a bit more focused and regular would be nice.

Visiting in the Middle East seemed to build a strong family bond and further the idea that families must take care of each other. This is one of my favorite things about traveling â seeing how families operate and interact around the world. And the coffee and cake werenât bad side benefits either!

What do you think, is visiting a lost art?