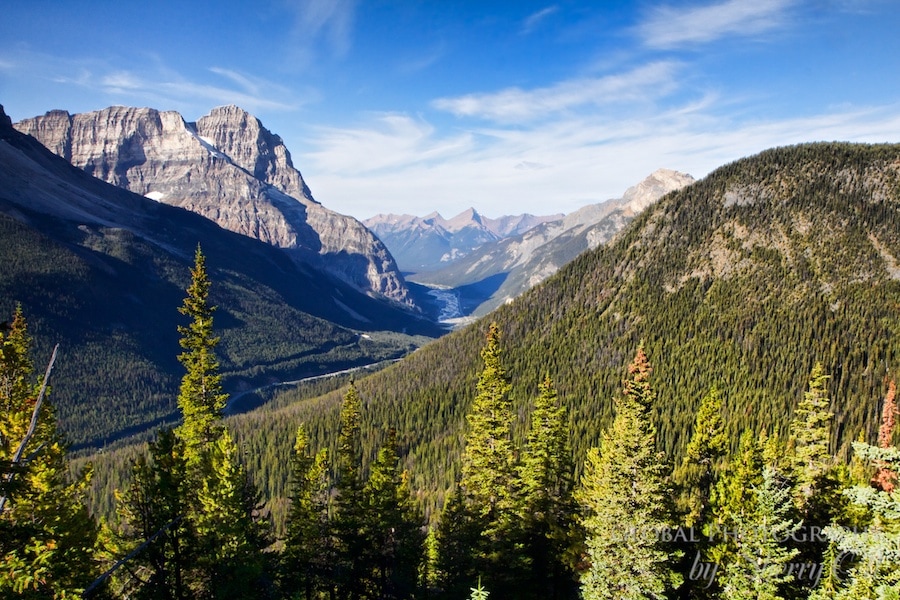 Calgary was surprisingly flat and barren. As we drove away from the airport it felt like a modern Ulaanbaatar â the steppe â no trees and rolling hills with tons of subdivisions. This wasnât at all what I was expecting when I thought of traveling to the Canadian Rockies. But Peter assured me that the landscape would shortly change.

We drove into the Rockies first through Banff, past Lake Louise and then once we were in the heart of the Rockies we crossed over from Alberta to BC and entered Yoho National Park. “Yoho” is a Cree expression of awe and wonder â and it seemed pretty accurate to me. The mountain ranges were incredible. We stayed in Golden, a perfectly placed little town in the valley surrounded by mountains, adventure, and access to everything youâd want to do in and around Yoho.

And I wanted to hike!

With only a short time available, we decided to hike the 7km Paget Lookout trail. This is an out and back trail where you climb 1700 ft. to 7000 ft. via switchbacks.Â  At the end of the trail there is an old fire lookout building from which the trail gets it’s name. Paget Lookout was used up until the late 1970’s as a fire lookout area for Yoho park staff. There was a guest book in the lookout building – a fun way to see whoâs been on the trail before you.Â  I caught my breath, signed the book and then took some pictures of the gorgeous views.Â  The hike was lovely but the best part after you climbed up from the valley were the vast views of the peaks around you. 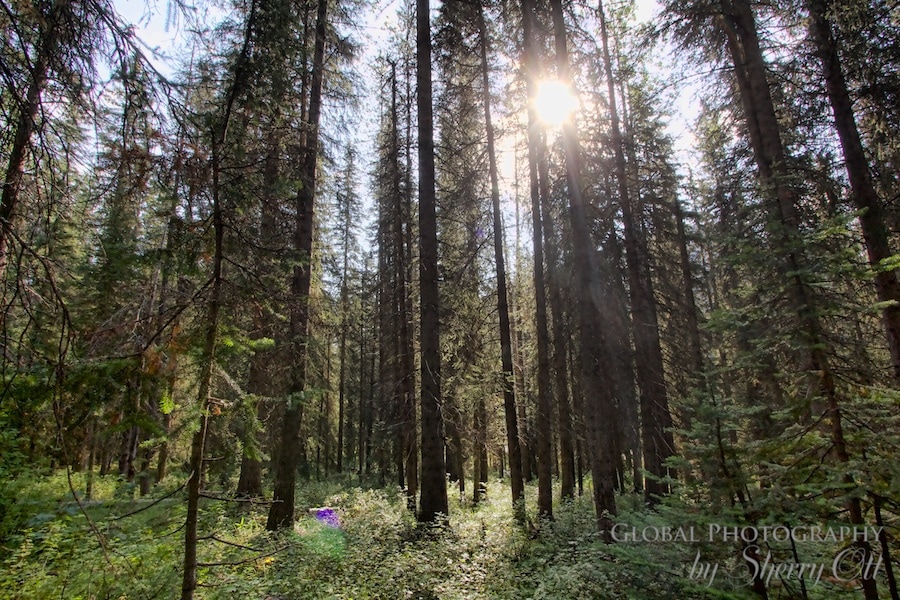 Trees in the valley Wild flowers on the trail perimeter 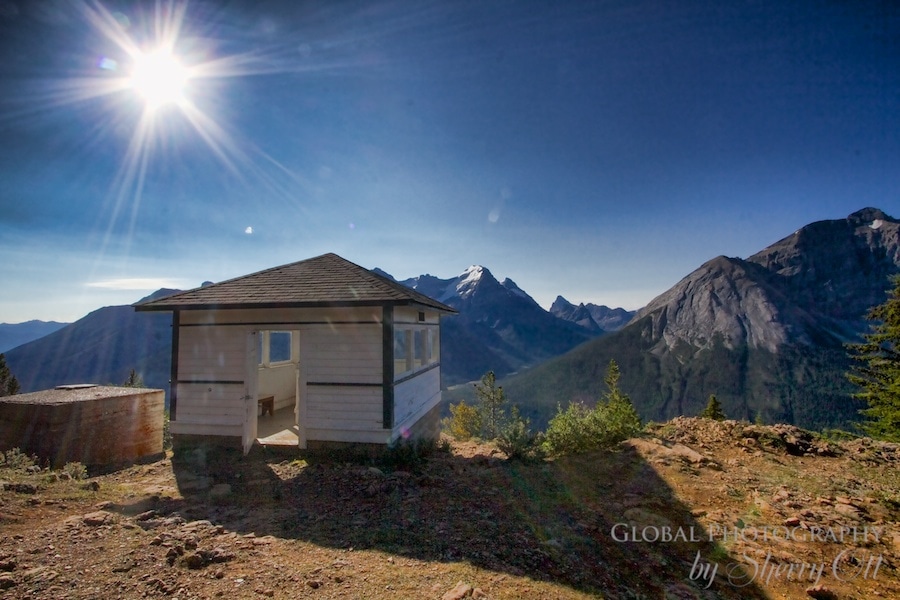 Fire Lookout building – no longer in use. 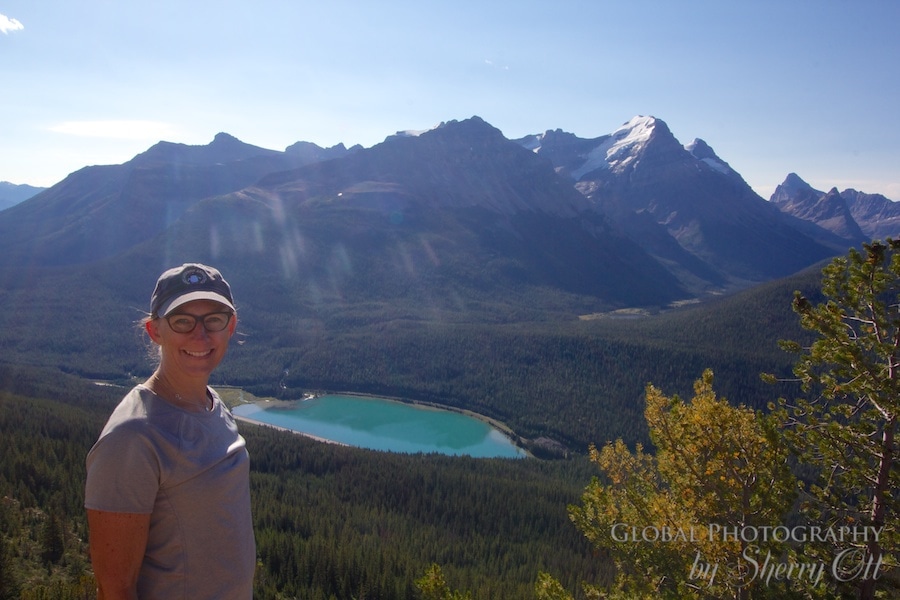 Enjoying the great views from the lookout!

I took the Lytro camera with me to shoot some depth of field ‘living pictures’. The Lytro is super for shooting up close objects with other views in the background.Â  Just click on the picture and change the focus yourself! Thanks to Insure My Trip for allowing me to use their Lytro camera as I traveled around Golden Canada.

Flowers along the trail.Â  Click on the flower and then on the mountains behind to see the focus and picture change!

The guest book at the lookout building with peaks in the background.Â  Go ahead and click on the pen and then on the mountains.

After our hike it was time to celebrate with a beer!Â  Matthew from Expert Vagabond hiked with me.Â  We felt like we deserved a cold beer after our climb!Â  You can click on the beer or Matthew to see the picture change.

After the hike we also went to Emerald Lake, one of the popular scenic spots in the park. 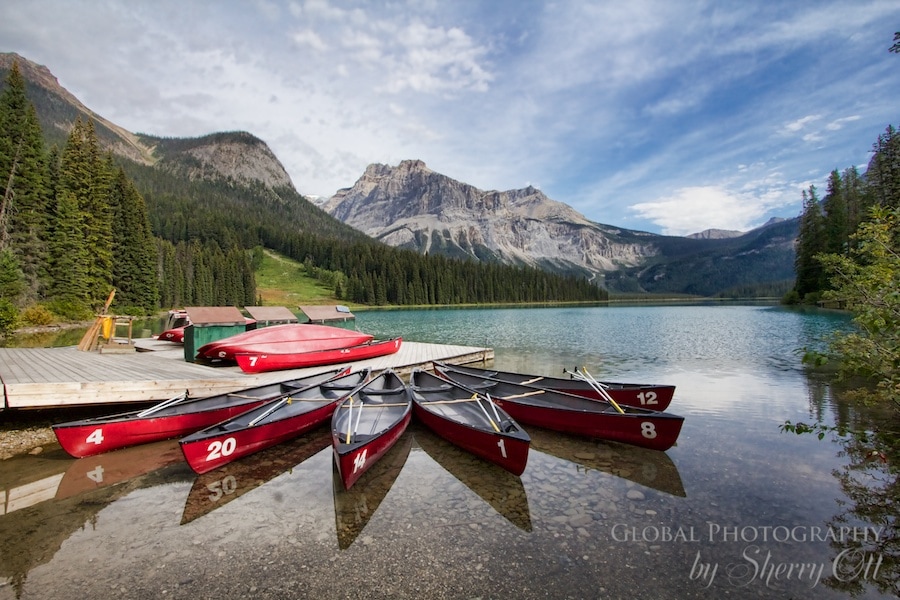 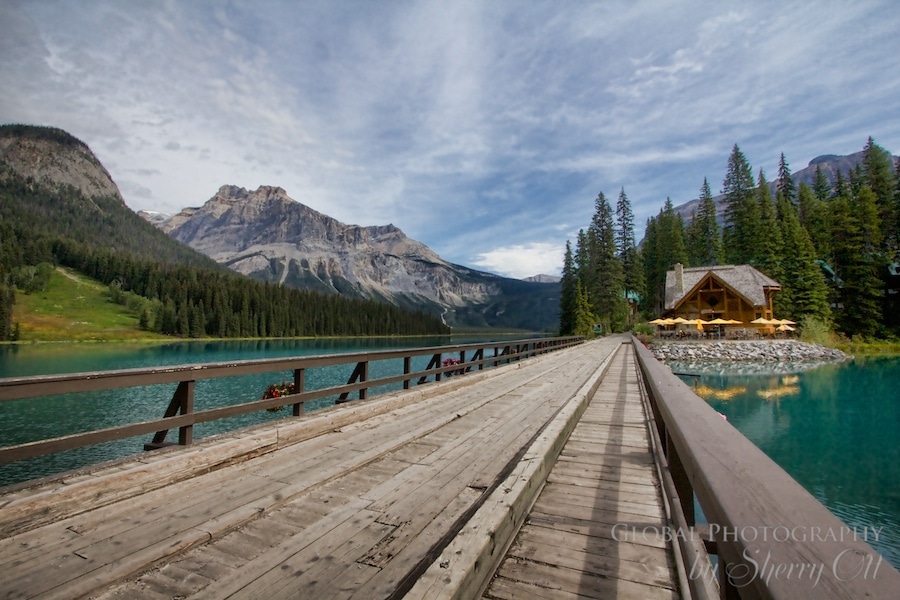 Of course that just left me wanting more.Â  But I had a very short time in Yoho on this trip – but you can bet I’ll be back for more exploring in those mountains!

Disclosure: Â I was a guest of Tourism Golden and Destination BC for this trip. Â However all of the opinions expressed here are my own. Â I had been wanting to see the Canadian Rockies for a long time and getting to the lesser known town of Golden was the perfect destination for my style of travel.

7 Responses to "Hiking in Yoho Park"