Whales that Do People Watching in Mexico

Whales that Do People Watching in Mexico

Ahab isnât the only person who gets to look a whale eye to eye. Head to Magdalena Bay where you can have a close encounter with a Gray Whale â so close you can touch it. If there is such a thing as being too close to a whale while whale watching, this might have been it.

The Gray Whale migration covers 10,000 miles from feeding grounds in Alaskaâs Bering Sea to mating/nursing grounds in Mexico. Itâs the longest trek of any mammal. And for some unknown reason, when they arrive in Mexicoâs Magdalena Bay, they are in a good mood. Maybe itâs the sex, or the joy of being a new mother â who knows; but they are in such a great mood that they like to interact with you.

There are regulations around approaching the whales in the bay keeping boats at a distance (300 feet), however itâs difficult to know what to do when the whales approach you. Apparently the whales have no rules to follow.

We were greeted by new moms and their babies as they spyhopped (when a whale pokes their head above surface to get a better view), swam underneath our boat rubbing up against it, and simply popping their head out of the water at the side of the boat and allowing people to touch them. I was absolutely astonished at this behavior.

âI think itâs the whales way of saying, we forgive you,” our guide explained. She practically had tears in her eyes as she talked. âWe’ve hunted them for so long and treated them poorly, this is their forgiveness.â She felt this was the motherâs way of teaching their young what a boat and humans were; showing them the world in a way.

Itâs no surprise that the World Wildlife Fund supports Gray Whale research in the area.

Â âIntensive whaling has drastically reduced the population, yet those in the Baja California region have an unusual tendency to approach whale-watching boats and allow holidaymakers to touch them and scratch their tongues,â said the World Wildlife Fund.

The calm, warm waters are a safe place for young whales to be free from predators, like killer whales. Locals actually refer to the gray whales as âfriendly onesâ since thy have the tendency to approach whale-watching boats.

If getting incredibly close to a whale in the wild is on your bucket list, then head to Baja Mexico and Magdalena Bay. It was one of the most spectacular animal encounters Iâve ever experienced.

See the ‘Friendly Ones’ During the Gray Whale Migration in Mexico 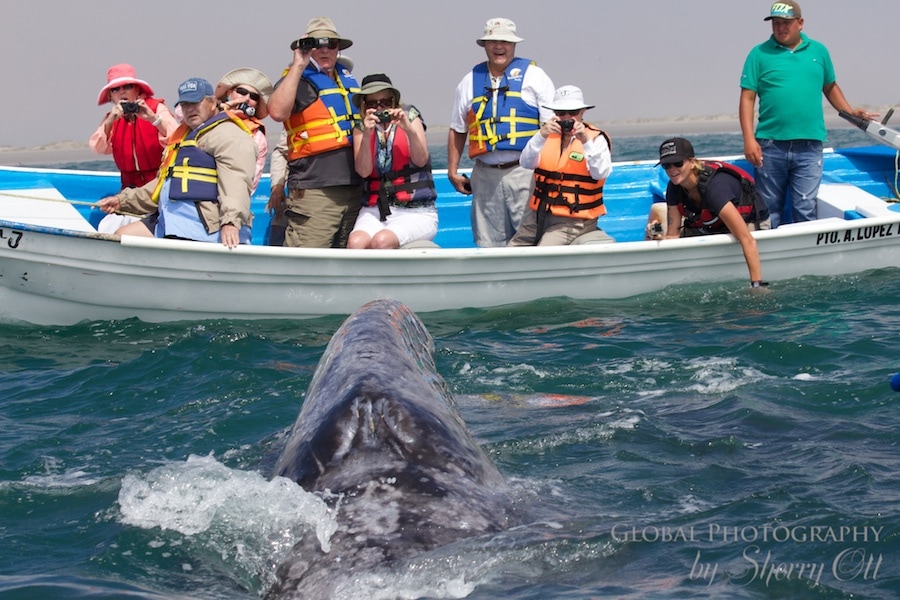 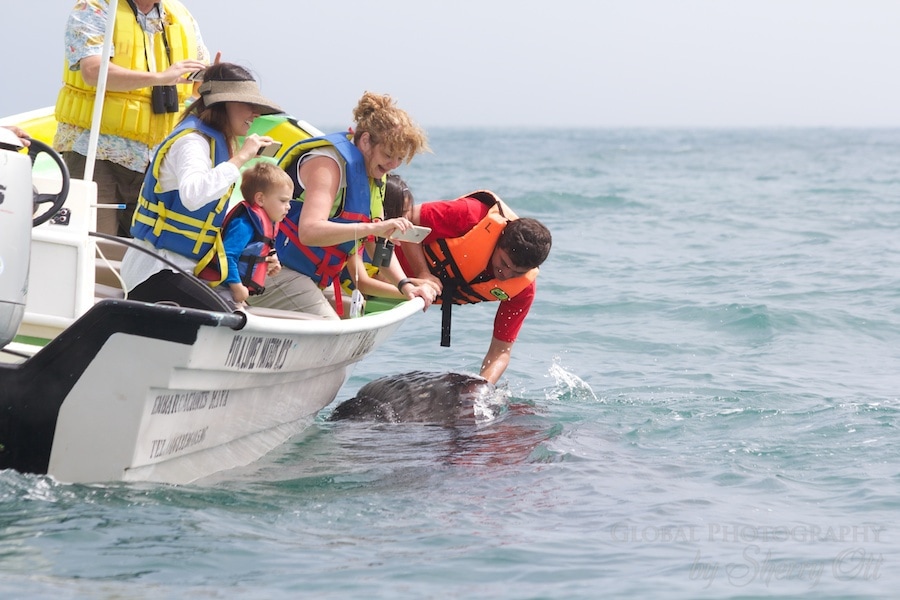 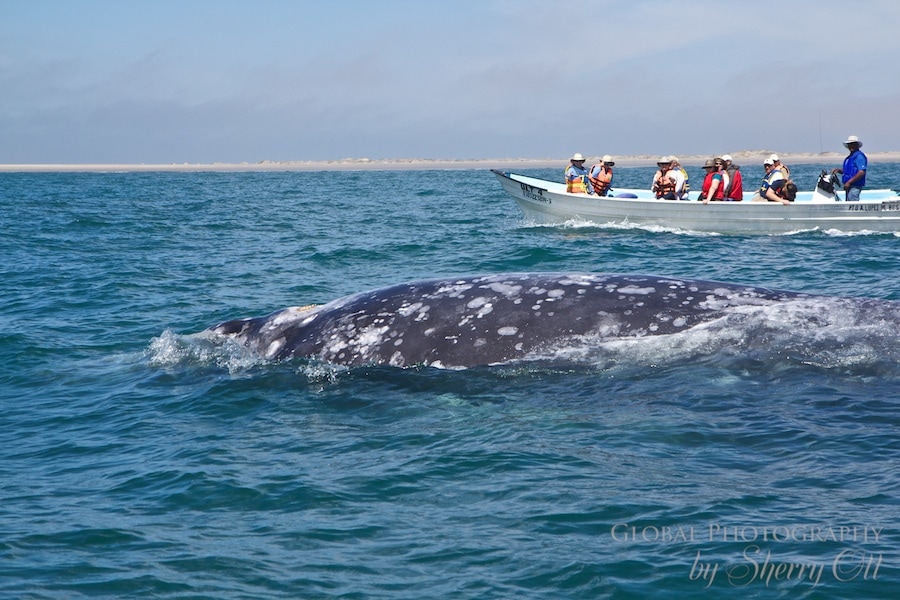 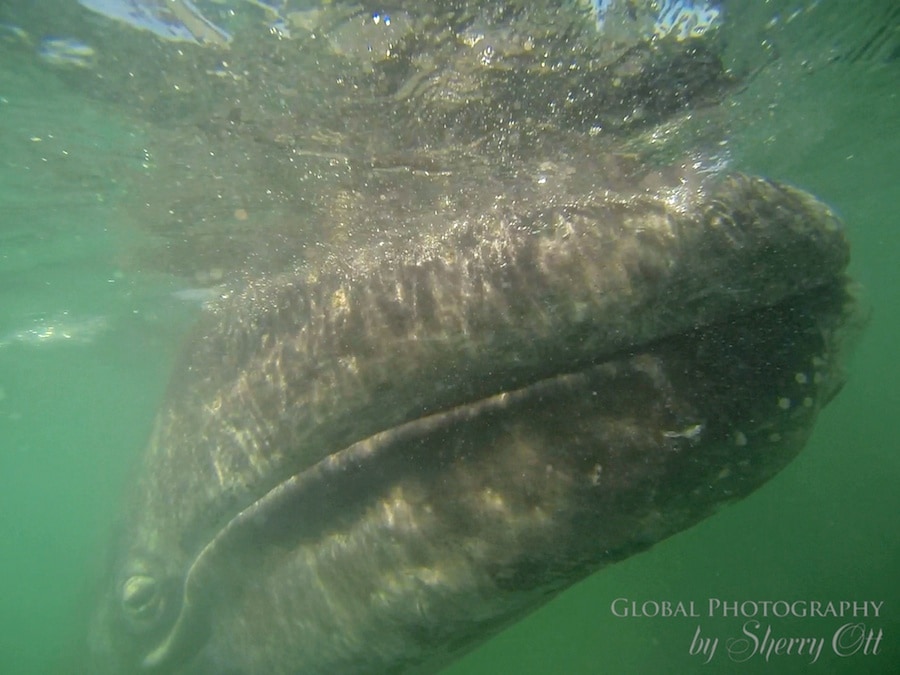 Look a whale in the eye…this one was swimming right up to our boat! 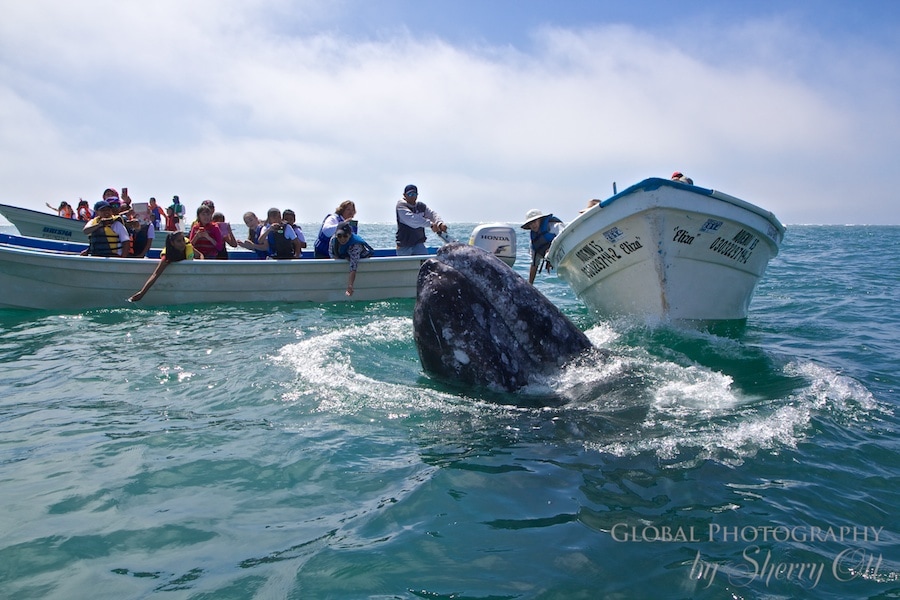 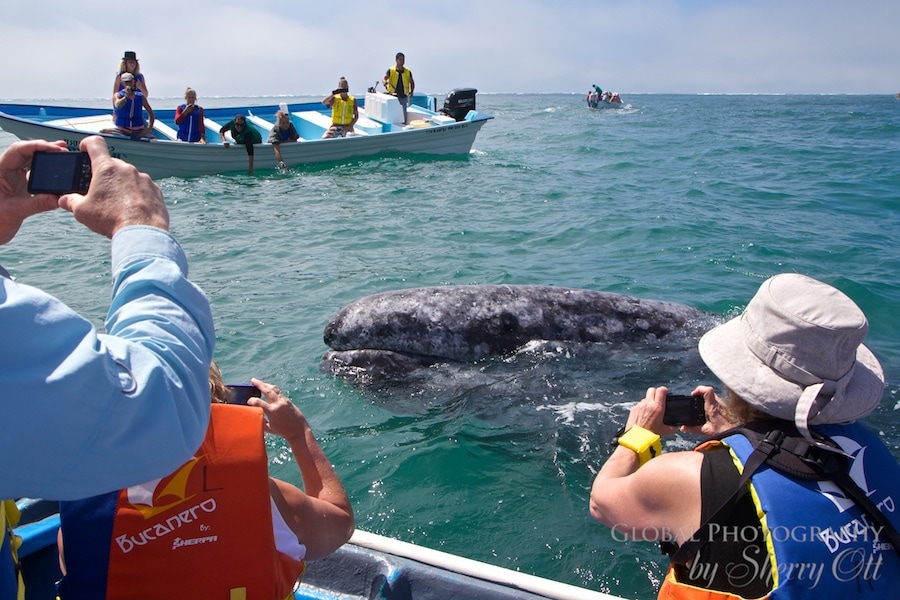 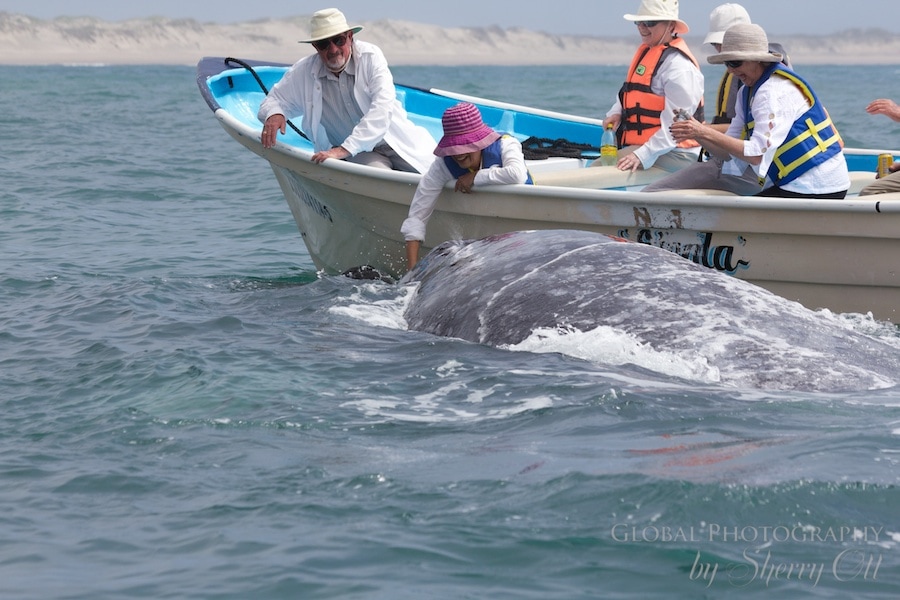 Everyone needs a little love …even whales.

Un-Cruise Adventures Sea of CortezÂ  Tell them that Ottsworld sent you!

I was a guest of Un-Cruise however all opinions expressed here are my own.

3 Responses to "Whales that Do People Watching in Mexico"