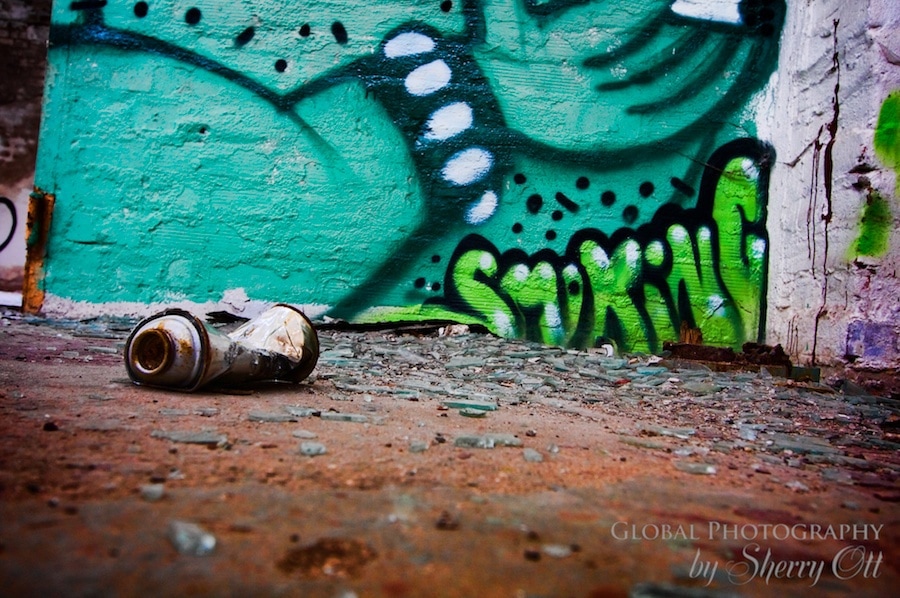 The tool, spray can, is left at the scene

You don’t have to walk more than a few blocks in Berlin and you will find it – graffiti. Â This form of art has me confused Â – I’m not really sure how I feel about it. Â Most of the time I’m annoyed that the brilliant European cities that I love are covered in graffiti Â – it actually enrages me. Â However I also see that some of it is absolutely beautiful and oozes creativity Â – as well as normally being clever which I greatly appreciate. Â But for some reason in Berlin I leaned on the ‘pro’ side of the fence. Â As I walked throughout the city the graffiti captivated me. Â Colorful scenes were painted out on drab run down buildings, clever messages were in places you least expected them. Â For some reason graffiti looked good in Berlin.

Smashing Magazine produced a great piece detailing the origin and history of the Berlin street art scene if you’d like to learn more about this ‘bombed’ city. Â In the article, The Heritage of Berlin Street Art and Graffiti SceneÂ it attributes Berlin’s street art longevity to tourism.

Art critic Emilie Trice has called Berlin âthe graffiti Mecca of the urban art world.â While few people would argue with her, the Berlin street scene is not as radical as her statement suggests. Street art in Berlin is a big industry. Itâs not exactly legal, but the cityâs title of UNESCOâs City of Design has kept local authorities from doing much to change what observers call the most âbombedâ city in Europe. From the authoritiesâ point of view, the graffiti attracts tourists, and the tourists bring money to a city deep in debt.

As I walked around the city as a tourist – I found some great designs and placement that caught my eye. Â It’s hard not to. Â Here are some of my favorites. 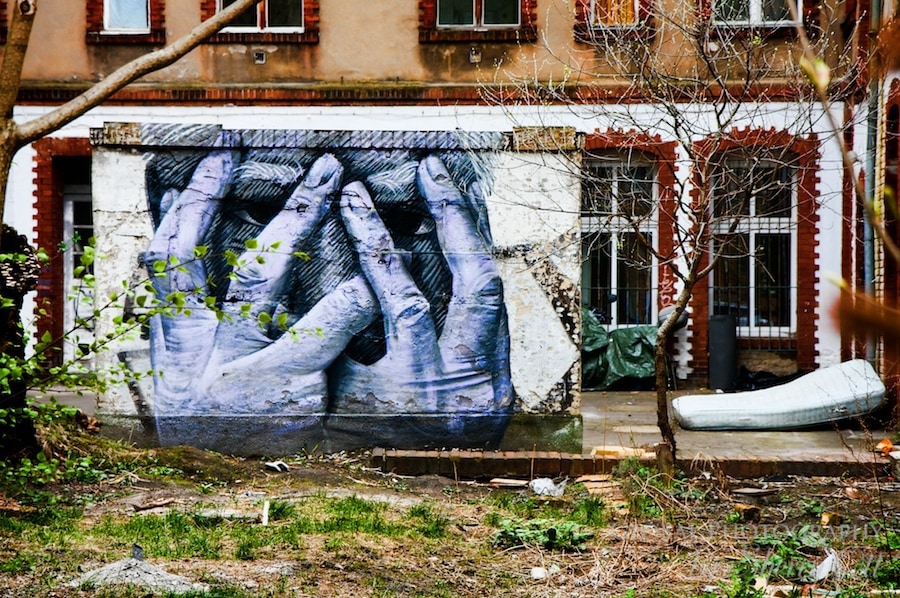 Graffiti with emotion behind an apartment building in Berlin 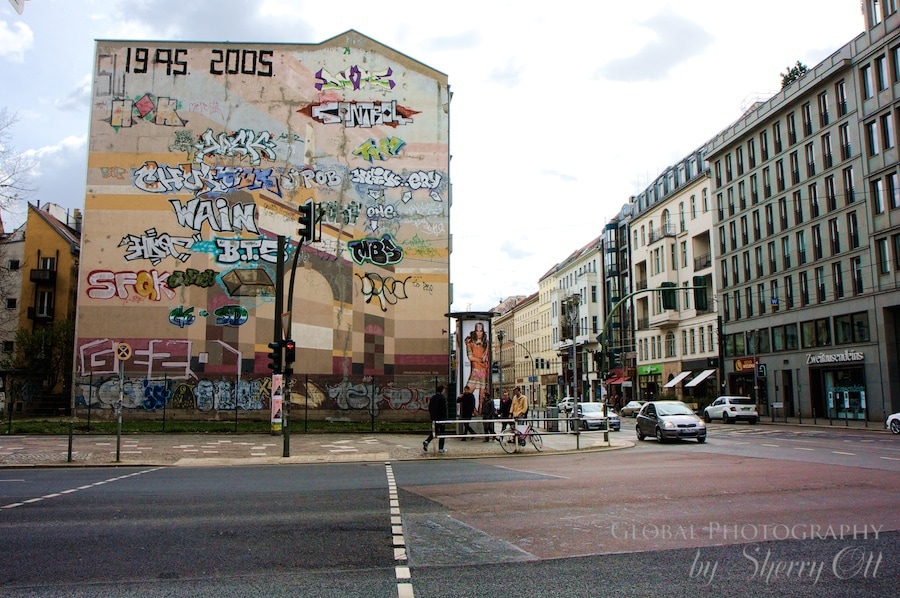 A large ‘canvas’ to work with 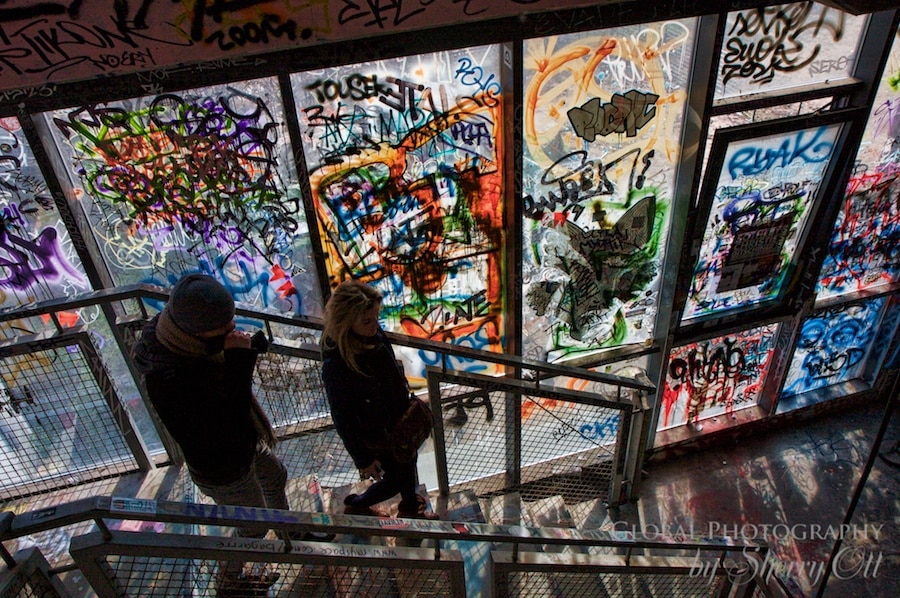 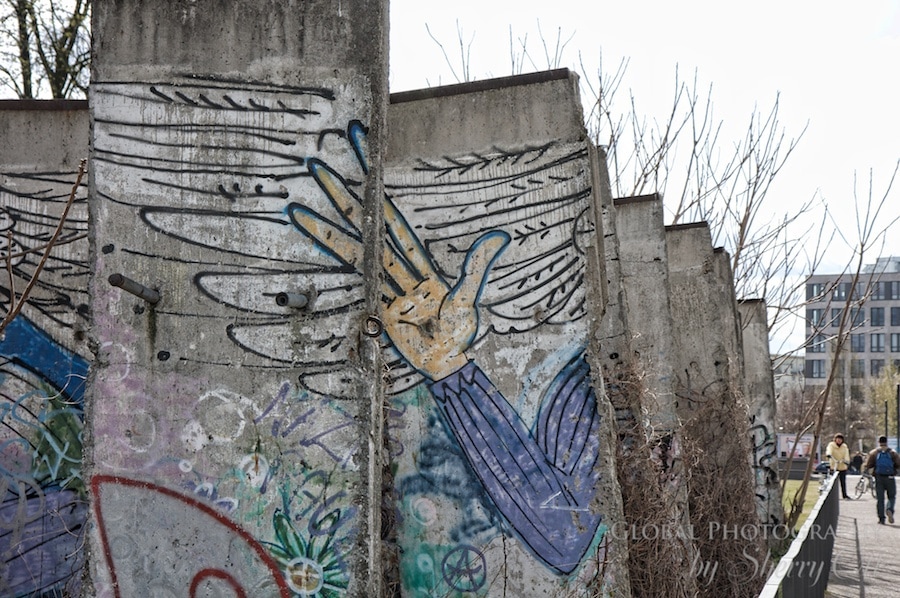 Graffiti near the Berlin Wall Memorial. Vantage point is everything with this image. 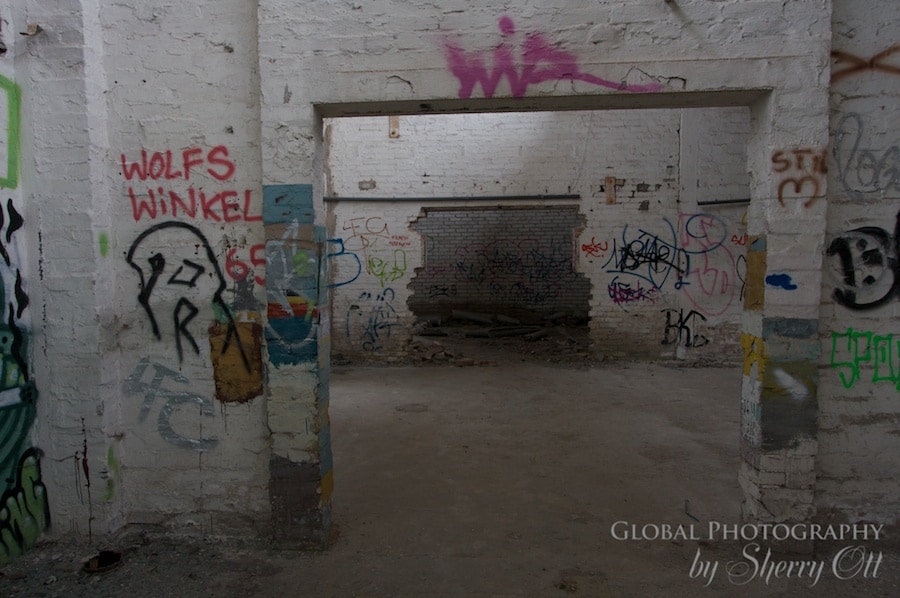 An abandoned printing company now has people ‘printing’ on the walls 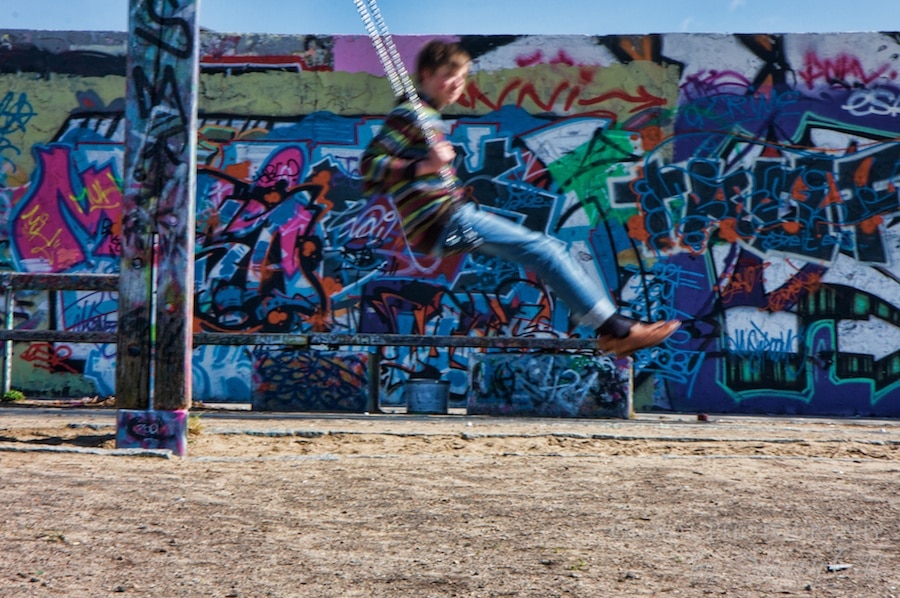 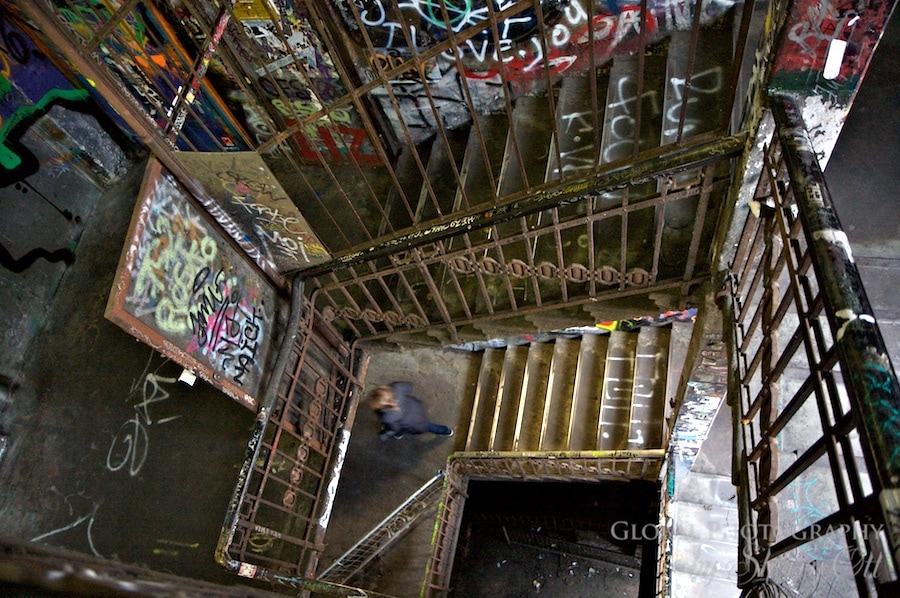 Tacheles is covered with layers and layers of paint