Gozo – Where the Air is Sweet 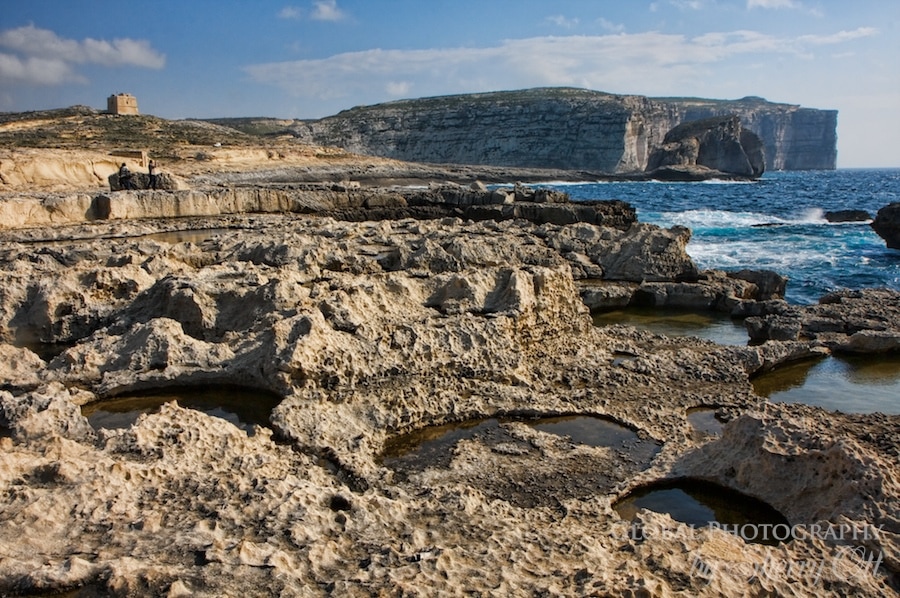 When I first heard of the island of Gozo, I thought it sounded like a Sesame Street character. It made me think of the old theme song which is strangely accurate for Sesame Street or Gozo.

“On my way to where the air is sweet Can you tell me how to get,
How to get to Sesame Street…”

However the only real thing that Sesame Street and Gozo have in common are itâs unusual cast of characters who lived there. It is said that the inhabitants of Gozo include Neolithic giants, the goddess Calypso, Knights of Malta, Napoleon, and the Ottomans. Itâs been inhabited by residents since 5000BC; it oozes myths and history. 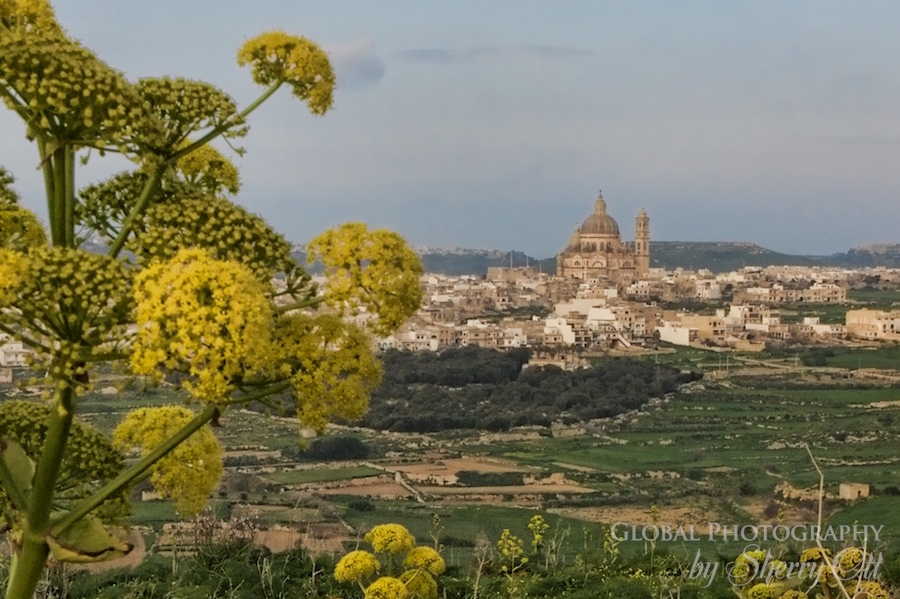 The island itself is about the same size as Manhattan and has approximately 31,000 residents. Most of these residents live in small little villages speckled across the island among itâs flat-topped, rocky hills. Like the top of a wedding cake the center of the island is the highest point and it also the home of the capital city of Victoria (Rabat) and above that lies the ancient Citadel as the final tier. 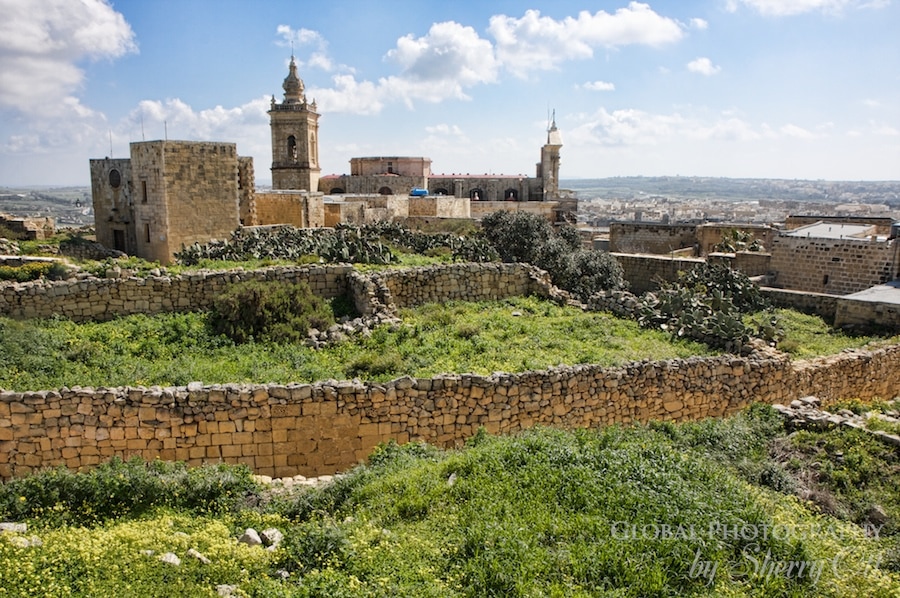 The old Citadel it the king of the hill

The Citadel is the island’s fortress and was used as a safe haven when the island was frequently raided and people were taken by pirates and sold into slavery. Thanks to the system of watch towers around the island people were warned of intruders and everyone ran for the hills â literally. The residents would flee to the Citadel to escape being kidnapped or ravaged where they were generally safe behind the big Citadel walls. Today those walls offer grand views of the whole island. 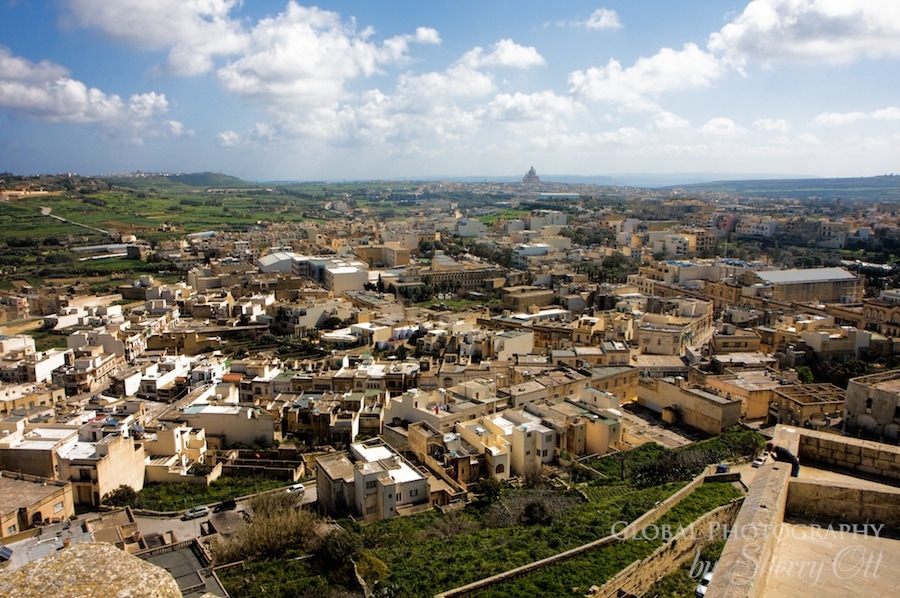 View from the Citadel

Gozo can easily be reached by a 30 minute ferry from Malta and is a frequent holiday location for the Maltese.Â Â  Mother Nature has provided some eye popping sites like the site of Calypsoâs home, a cave in Ramla Bay said to be where the nymph held the Greek hero Odysseus as her companion for seven years. For more great views be sure to see the Azure Window, Fungus Rock, and the Salt Pans.Â  Or if you are a history buff, then don’t miss the prehistoric Ggantija Temples, the worldâs oldest free standing structure.Â  However, the villages are really the charm and character of Gozo. Each sprinkled throughout the island with winding streets and a church as a beacon and centerpiece. Thatâs one of the best things about Gozo, itâs like a small town community where everyone helps each other out and knows each otherâs business. It was comfortable, relaxing, and simple. Stop at a cafÃ© for a coffee and discover the beautiful old village churches. 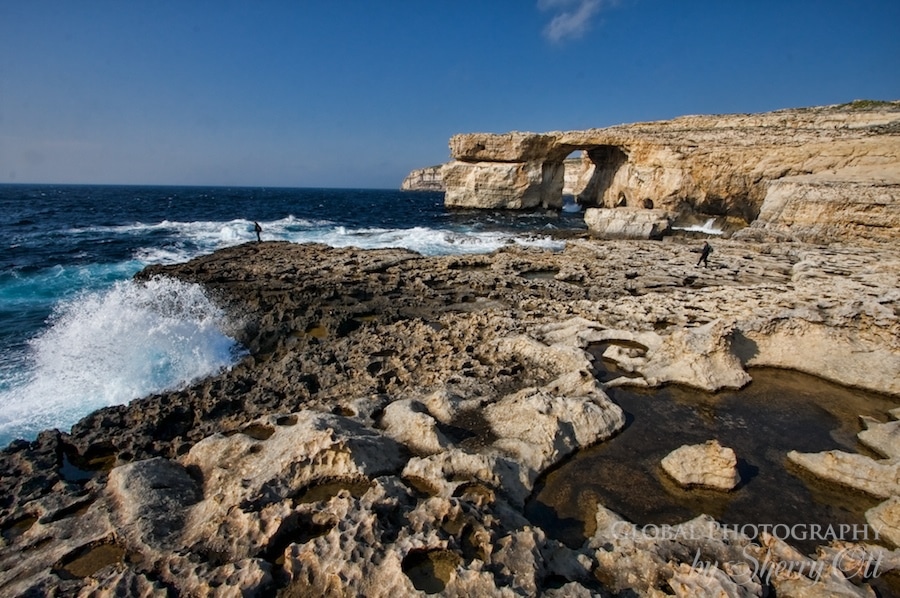 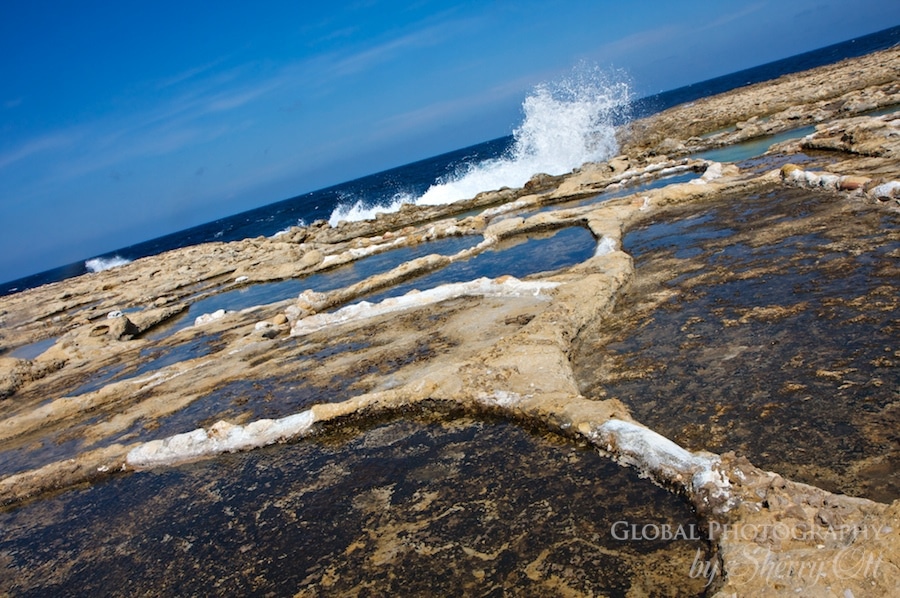 Waves crash into the salt pans 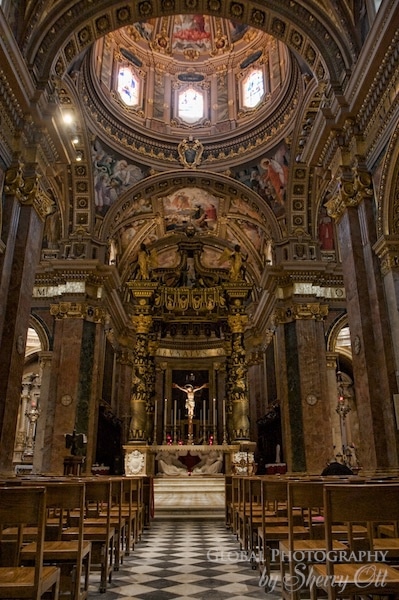 A gorgeous basilica in Victoria 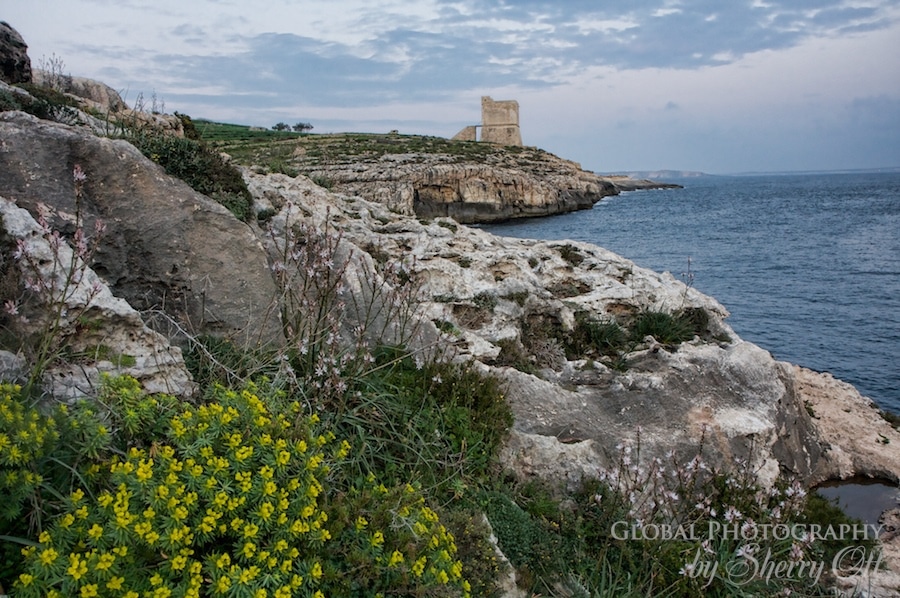 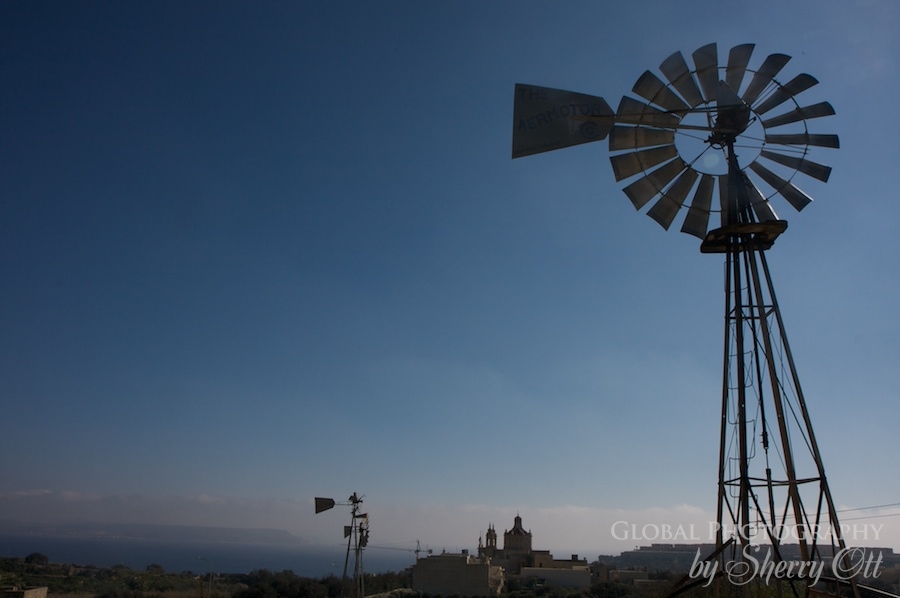 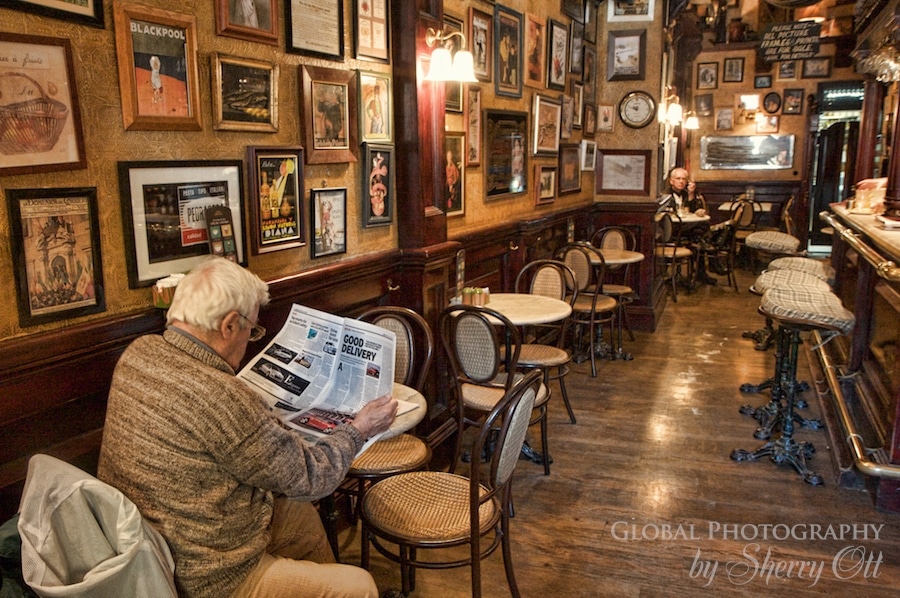 But whatever you do, bring your camera to take in the spectacular coastal views and soak the myth, history, and pace of Gozo in.

7 Responses to "Gozo – Where the Air is Sweet"