The Beauty in Being Lost 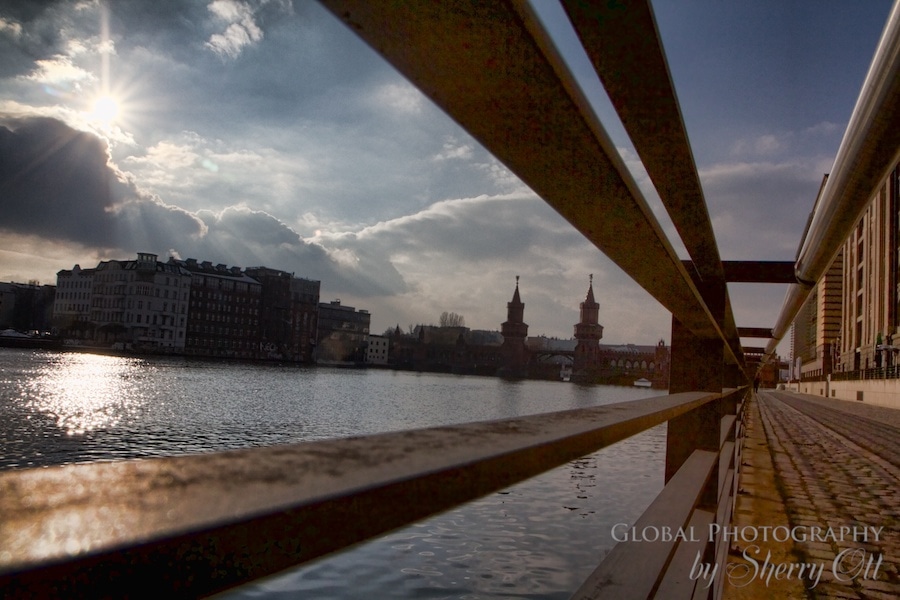 River Spree from a new perspective

It should have been simple â I plugged the address into Google maps on my phone and the Strudel Factory was immediately identified. I zoomed in and realized that it was close by so I grabbed my camera, packed my backpack and went out to get some strudel and hopefully sit and enjoy the ambiance. Oh yes one other important piece of information – I was starving. A starving Sherry turns a normal outing into an emotional roller coaster adventure fueled by low blood sugar. But really â it was on Google maps, it was 6 blocks away from my apartment, I could walk fast, I would be eating warm, homemade strudel in no time – how difficult could it be?

The Wiener Strudel ManufakturÂ (or the Strudel Factory for German language inept like me) is more of a wholesaler to other outlets than it is selling to the public â but according to their website â on Thursday and Friday they open doors and sell from their factory for limited hours. I was hoping to get there early while old women dressed in simple dresses and scarves on their heads were making batches of strudel so that I could have the perfect photo op. I envisioned being led inside by my nose following a visible little trail of apple aroma like in the cartoons. My hunger had fueled quite a vivid imagination.

Instead, I walked down the snowy streets of Friedrichshain and paced back and forth by the address that Google maps directed me to. I looked at the old building filled with graffiti and questioned if I was in the right place. I checked the map again. I checked my GPS. I heard my stomach rumble, and I winced in hunger pain. I checked the map again wishing that it would tell me something different this time. Nope â I was in the right spot.

My hunger makes me irrational at times, okâ¦all the time. I dug in my emotional heels, determined to find the place, circling around the abandoned looking building trying to discover any sign of strudel â but there wasnât even a smell of baking strudel in the air.

Mildly frustrated, I went further down the rabbit hole of hunger and continued to walk through the whole run down area around the train tracks. I had heard about this area of Friedrichshain called RAW – formerly the Reichsbahn (former German national railway) repair workshop. Today the area is populated with associations in the field of culture, music, theatre and more. But itâs mainly known for itâs nightlife, itâs a hot spot when the sun goes down. The name RAW is appropriate since the area is pretty gritty â filled with graffiti covered buildings, bars, warehouses and factories. 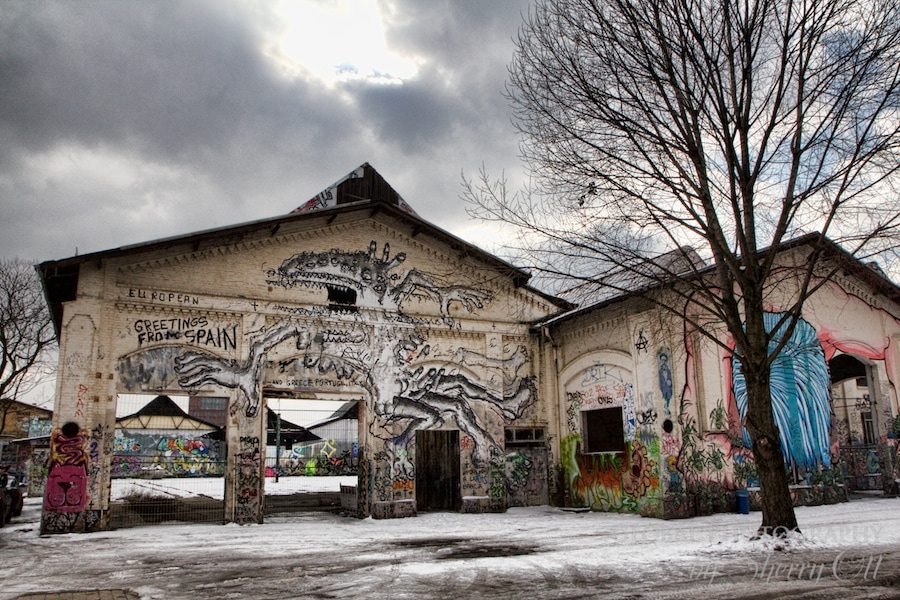 RAW area in Friedrichshain – an unlikely place to find strudel! 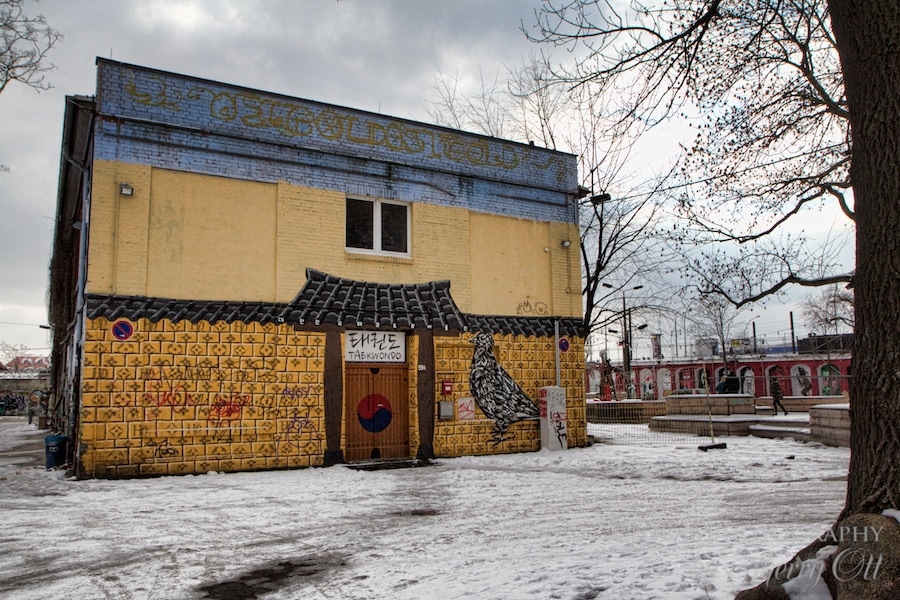 Tai Kwan Do School in the RAW area – I don’t think they make strudel in there. 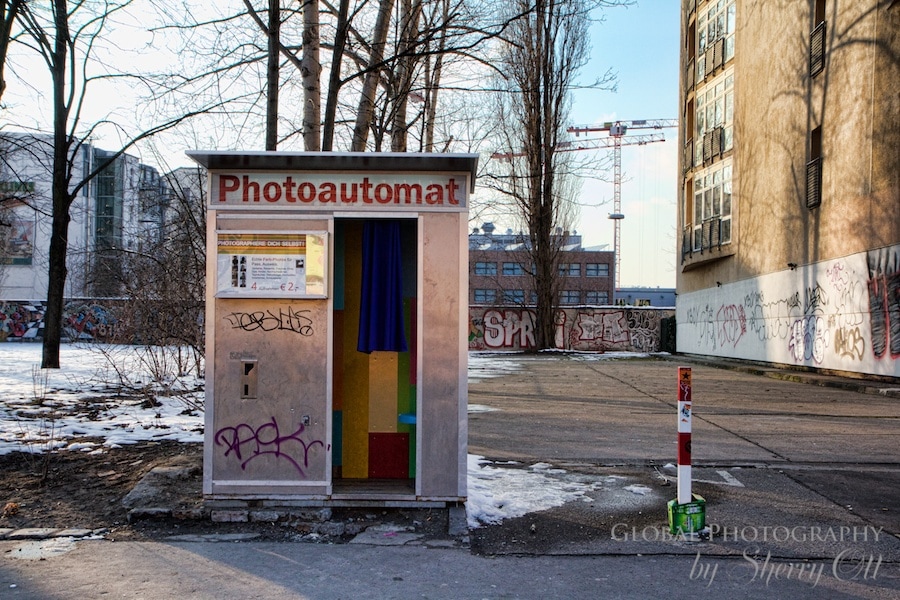 That’s definitely not big enough to make strudel in! 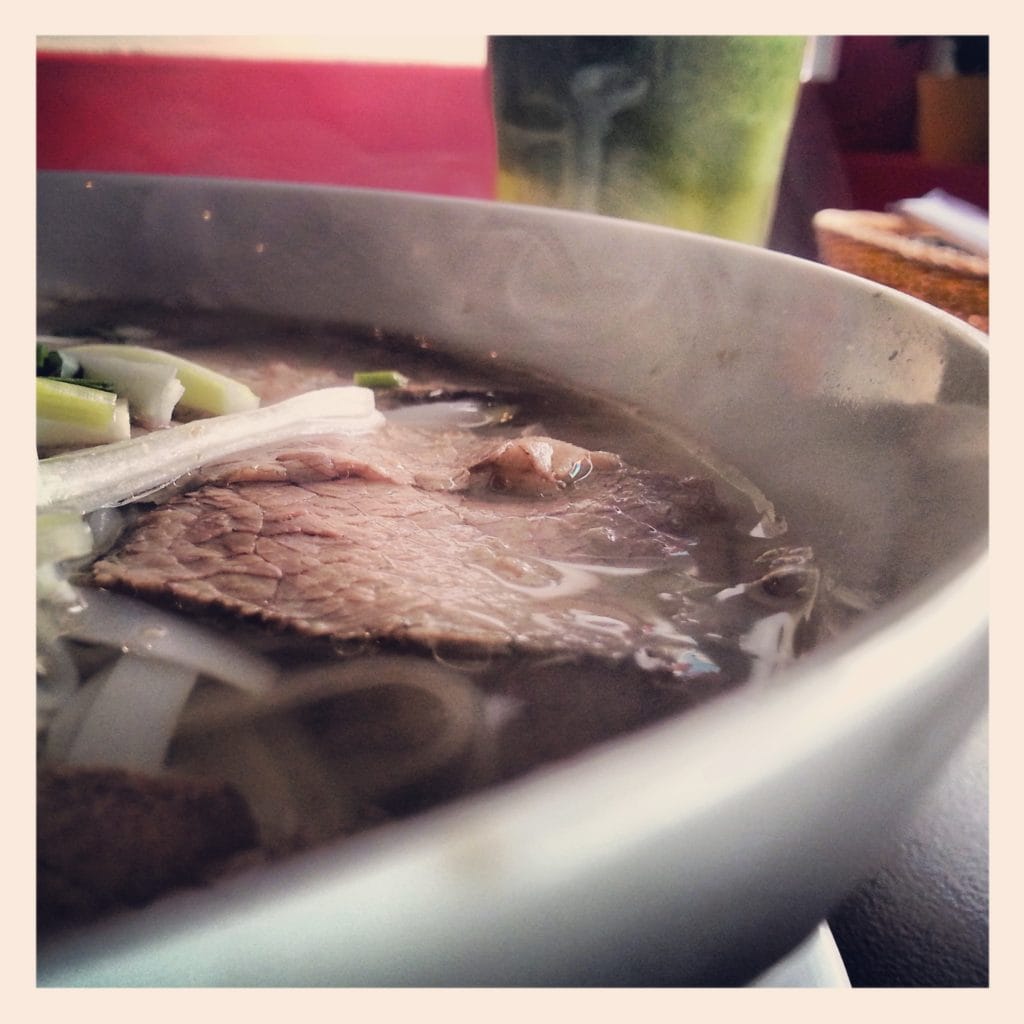 Completely frustrated, cold, and so hungry that food barely even sounded good to me any longer – I gave up. I saw a beckoning neon sign – sputtering iPho – and decided to go eat some pho and regroup. It wasnât strudel, but Pho was a pretty good substitute.

Sometimes even when you have all of the information you need things still donât work out in foreign cities. This was one of those times. When you decide to forgo the typical tourist tours and sites and wander a bit off that path â you run into road blocks. As a visitor who doesnât speak the language â things take longer, you get lost, and you misunderstand information. But hopefully you end up finding a unique experience in the end â making it all work it.

After warming up with a bowl of pho I decided to continue to walk to the Oberbaum Bridge – a historical landmark in Berlin separating East and West Berlin – Kreuzberg and Friedrichshain. As I walked towards the brick bridge the sun started to show itself for the first time in 3 days. Excited by the new ray of sunlight in my life, and a full stomach, I ended up going to the river Spree and taking photos of the bridge from further vantage points. I walked along the river and all of my frustration about my strudel hunt disappeared as I started to discover a new area along the river bank. There is no quicker way to happiness for me than calories and the delight of discovering new things.

Along the river I was amazed at the modern architecture, the building patterns, as well as the street art. It was a fascinating mix of design, art, and business. 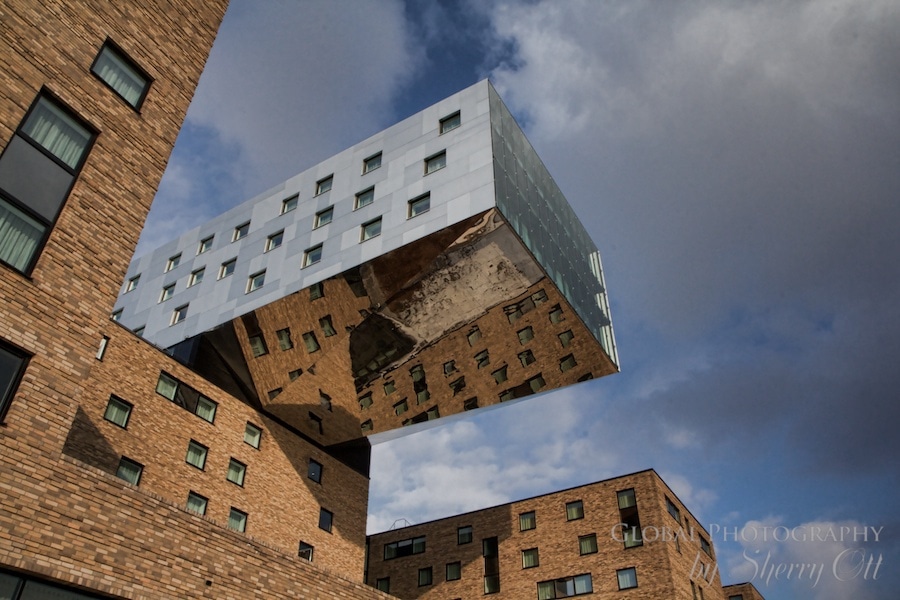 Modern Architecture along the River Spree 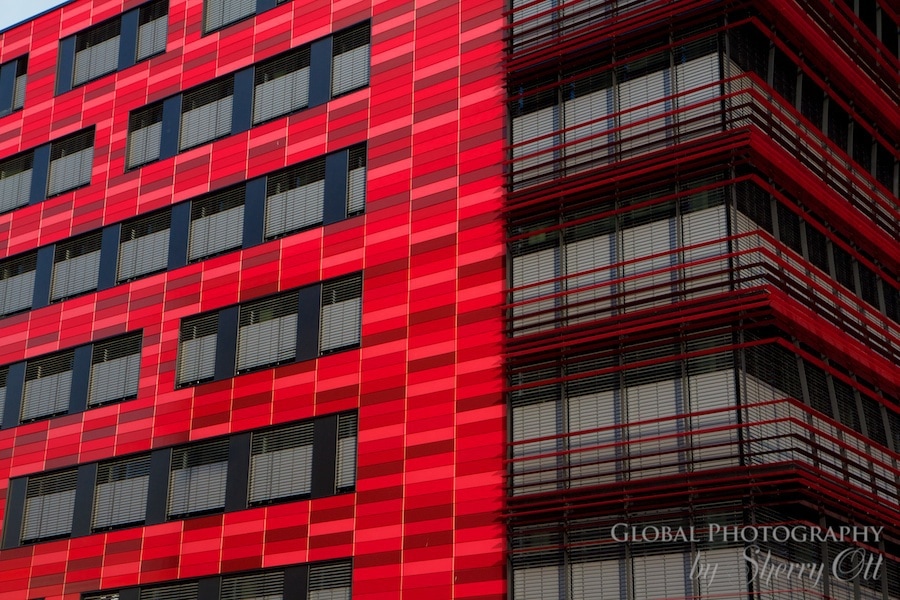 Colorful patterns along the river. 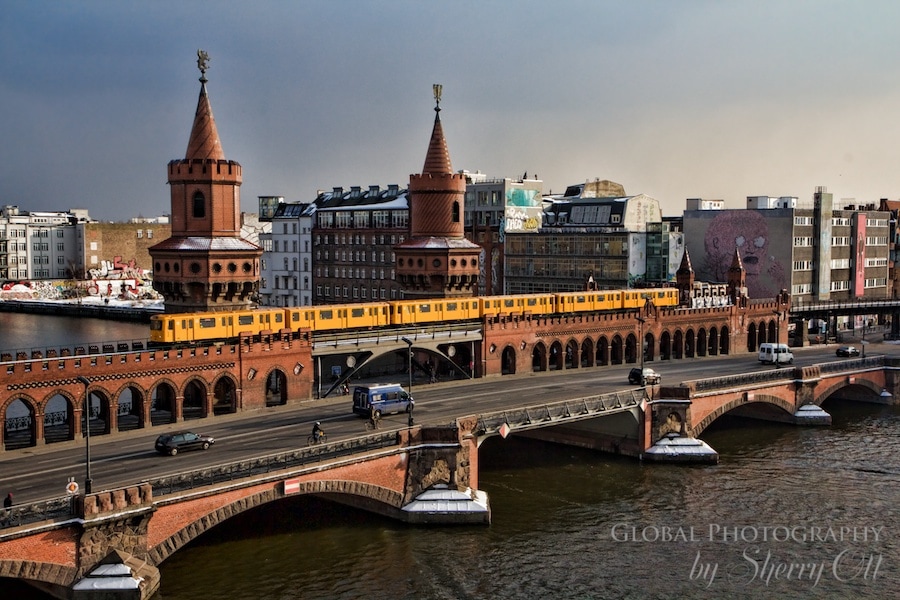 Oberbaum Bridge – a division line for East and West Berlin

Even though I missed out on strudel â I did luck out by finding the river walk and seeing yet another side of Friedrichshain. I finished my strudel-less afternoon by a walk along the East Side Gallery. The Gallery is the home to controversyÂ lately, so I was happy to get to see it as itâs unclear what its fate will be. 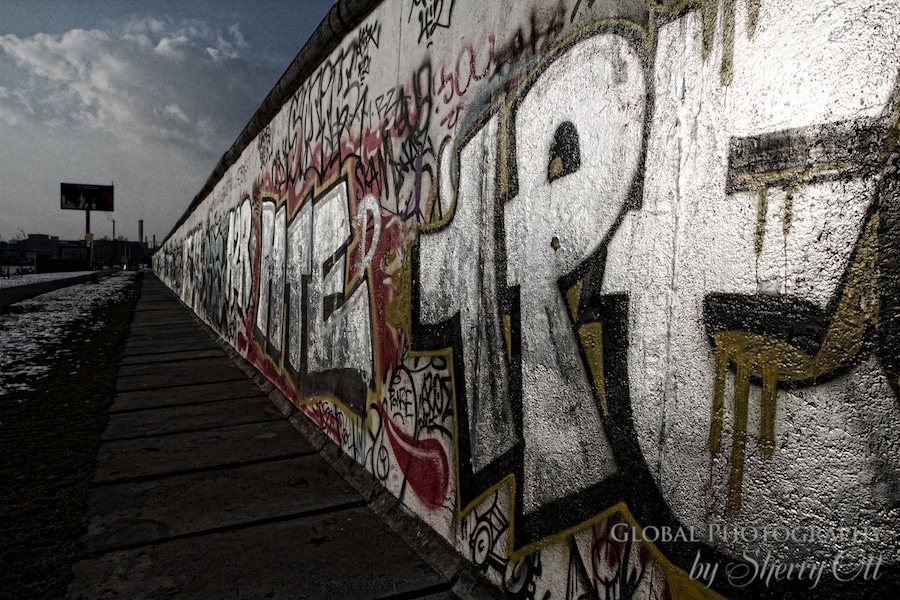 East Side Gallery shines in the winter sunlight

When you go off the tourist track you end up spinning your wheels and not always accomplishing what you set out to do. And sometimes, itâs worth it to be a little lost. 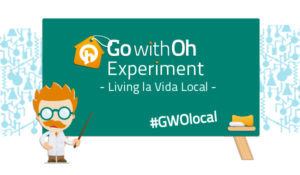 Â During my stay in Berlin I was a guest of Go with Oh who furnished my apartment in Friedrichshain. Â However all of the opinions expressed here are my own.

15 Responses to "The Beauty in Being Lost"