Have Yourself a Poopy Catalan Christmas

Have Yourself a Poopy Catalan Christmas

There is no Santa in Catalonia. Thatâs right – none.
The kids in the northern part of Spain are told that Santa passes them over and doesnât stop in Catalonia. No, they arenât being punished because they were âbadâ. They simply donât need Santa in Cataloniaâ¦they have something else, something better. A Christmas log named Caga Tio.

What is Caga Tio?

Caga Tio is a Christmas tradition in the Catalonia region. âTioâ means tree trunk or log, and âCagaâ means poop. Put them together and it is poop log. What does the caga tio poop you ask? Giftsâ¦duh.

The Caga Tio is a real log that has a happy face painted on one end. It normally has two front legs (wooden twigs) and it wears a traditional Catalan hat called a barretina. Some even have a pipeâ¦just to make it a wee bit jollier than the pooping log already is. 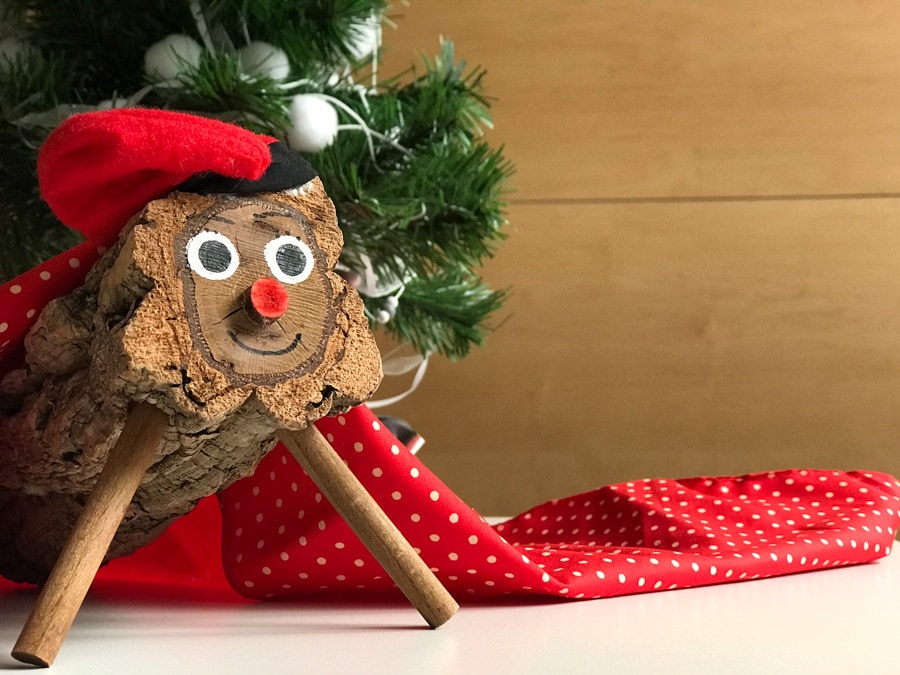 The Caga Tio makes an appearance in Catalan homes on December 8th on the Feast of the Immaculate Conception. Children are excited to see caga tio, and put a blanket on it and normally place it under the tree where they take care of it sort of like a pet.

They feed it fruit, nuts, turrÃ³n (a Catalan candy), stale bread, cookies â basically anything to fatten the log up. They put a blanket over it so that it stays warm. Caga Tio eats and eats all of December. The more you feed it the better as you want a fat and happy Tio for Christmas Eve.

On Christmas Eve, the Tio gets his last meal and the kids go into another room to pray that the Caga Tio leaves presents. Then the kids return and learn the meaning of âgetting the crap beat out of youâ because they then beat their Caga Tio with a stick in the hopes that it will poop a lot of presents. Itâs sort of like a piÃ±ataâ¦but with an actual log.

Let me pause right there to let that sink in. 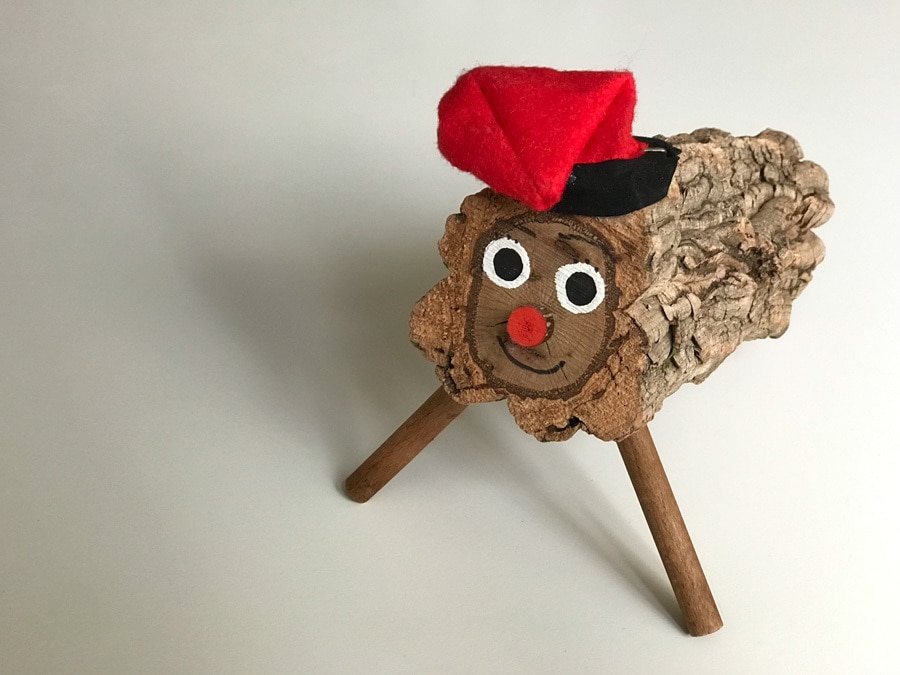 The kids even sing songs during the beating.

At that point you can throw him on the fireâ¦his work is done. 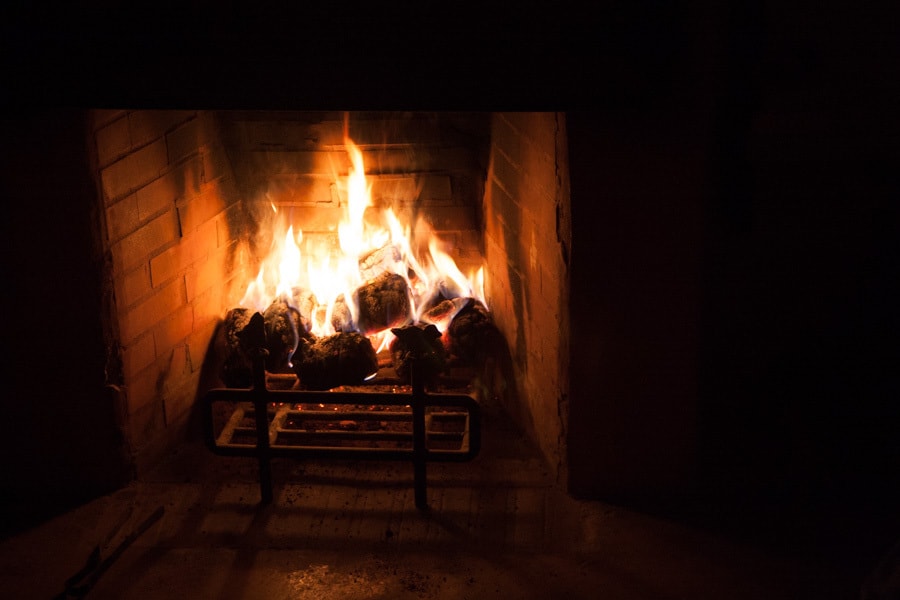 I know what you are thinkingâ¦”WTF” is going through your head right nowâ¦right? Your mouth might even be hanging open with a look of disbelief on your face. Thatâs how I reacted when I first heard this tale of a poopy Catalan Christmas. It was too strange to be trueâ¦right? I first heard of it from my friends in Girona Spain and like most people, at first I thought they were pulling my leg. Granted, there are a lot of logs that people use for Christmas â a yule log, and baked log cakes come to mind. But a Christmas poop log was pretty obscure to me.

This is the honest to God truth. My friends showed me pictures, and had their kids (enthusiastically) tell me about it. You can even watch family home videos on YouTube:

How to experience your own catalan Christmas?

Get the ebook written by Dalene Heck all about how to experience Christmas time in Costa Brava! Get informed about Christmas traditions like: nativity scenes, el tiÃ³, Els Pastorets, Els Tres Reis dâOrient and how you can experience them!

I searched all over for the origins of the Caga Tio, but surprisingly this tradition is hard to trace. Itâs not only practiced in Catalonia but also Aragon. The best explanation I found was this:

âThe origins of Caga TiÃ³ is a pagan tradition celebrating the Winter Solstice. In rural villages, Catalans would choose a large tree trunk to set aflame in a bonfire. They’d burn it throughout the winter, and honor it as TiÃ³ de Nadal. At some point â and no one knows exactly when â that tradition evolved into the tradition of families finding a log in the woods, covering with a blanket and caring for it inside the house until it was time for TiÃ³ to “give back” â now small gifts and the obvious choice of turrÃ³n, instead of warmth.â â NPR

Whatever the origins, it is firmly rooted in Catalan Christmas traditions now. I must admit, thereâs a part of me that is a little jealous. I want a Caga Tio in my apartment. Iâm pretty sure I could take care of it properlyâ¦it actually seems easier than watering and trimming a Christmas tree!

Surprisingly this isnât the only âChristmas cleanseâ in Catalonia. Meet the ever popular, or should I say poopular, caganer.

What is a Caganer?

El caganer literally means âthe shitterââ¦so here we go again. It is a small figurine of a man, normally a peasant. The man is wearing peasant clothing and the traditional barretina red hat. He is depicted in a squatting position with his pants down so you can see his bum. And behind himâ¦behind him is a little pile of poo on the ground.

Why are you surprisedâ¦you should be used to this by now. 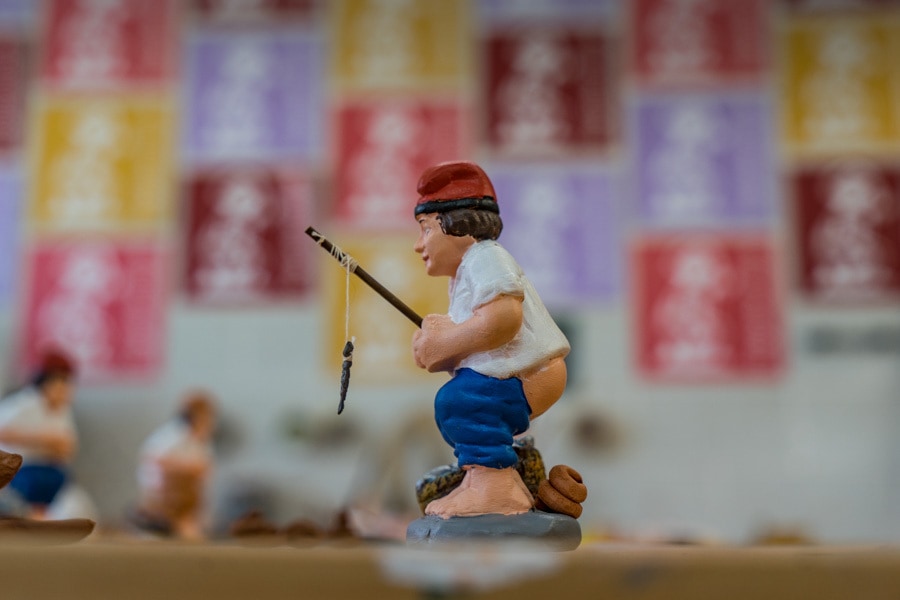 In this culture where farming is important, poop is also important; it fertilizes the fields. Maybe thatâs why it has turned into a symbol of good luck and productivity. 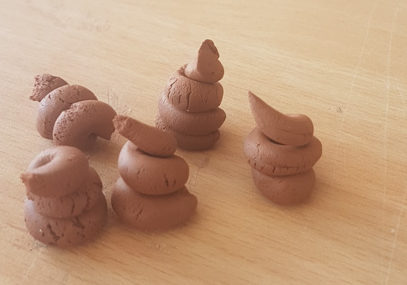 Christmas is about good luck poop

Over the years, the peasant caganer has evolved into pop culture and has moved beyond simply Christmas. All over Catalonia you will find stores with popular figures like world leaders, cartoon characters, celebrities, musicians, sporting figures, and ones that are specific to regions or professions. 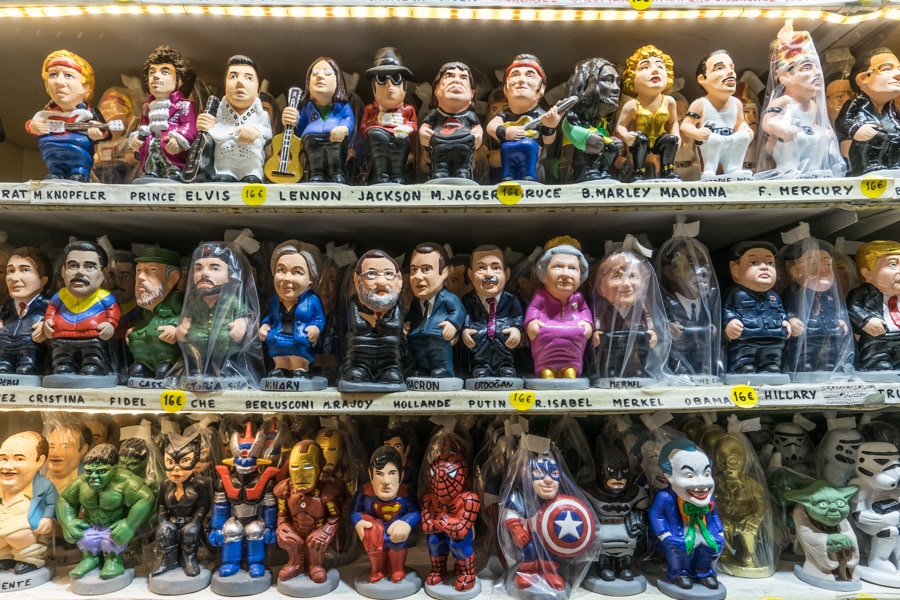 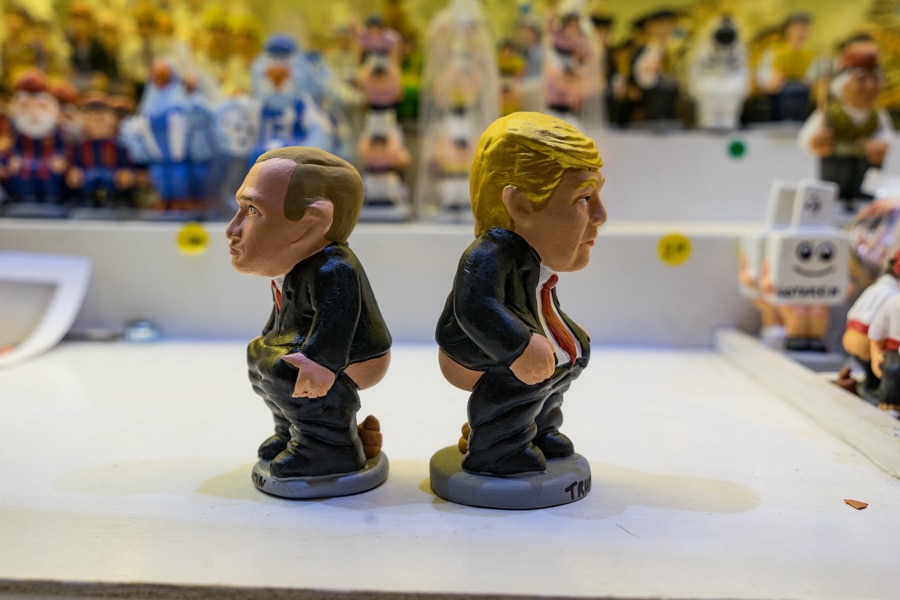 I went to a caganer workshop that has been operating for 2 generations and 25 years in Torroella de MontgrÃ­ to learn more about the production. Marc the son in charge of production explained, âWe used to create the entire nativity scene, but now just focus on caganers. We sell them to the shops as souvenirs.â

I was surprised to learn that all of the figurines are hand made. The molds are made and maintained, and each figure is painted by hand.

Marc actually put us to work paining our very own caganer fisherman figurine so we could see what it was like. It was a tedious process that takes the professionals a short time to finish, but for us took over an hour to paint the little guy! We even were able to make the little poop pile and glue it to the base in just the right spot!

As you walk around the workshop, you will see every pop culture caganer imaginable. I saw Elton John, R2D2, Harry Potter, Trump, Putin, Marilyn Monroe, the Statue of Liberty and even the Pope himself squatting.

Order Your Own Caganer!

Is your nativity scene feeling a bit empty? Maybe you should get your own caganer! See all the choices at Caganer.com

Have a Poopy Christmas! 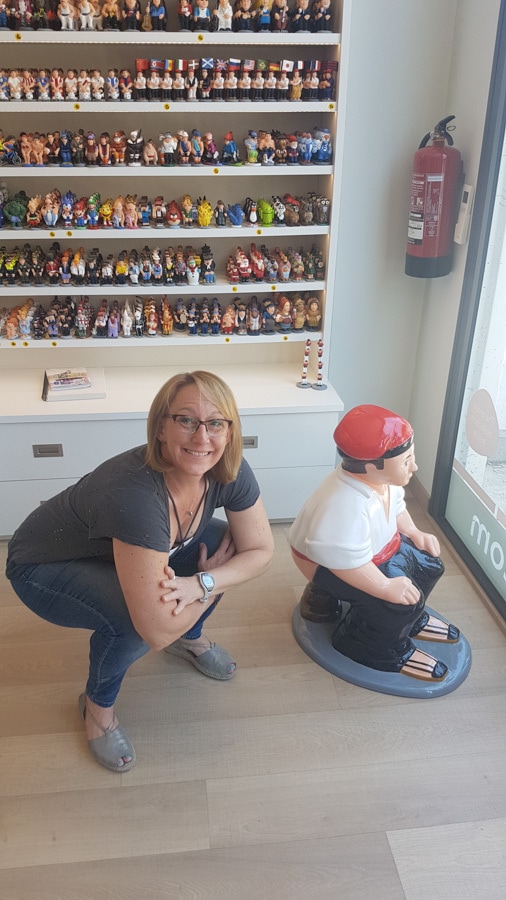 I think they coolest part about these traditions is that while you have likely read this story and the word âwhy?â was going through your head the whole time, the Catalans donât ask why. As my friend Gemma explained it to me and saw my confused and horrified reaction, she apologetically said, âWe never realized how weird it was.â

They just embrace and accept it.

I suppose itâs much like we have embraced and accepted a fat man with flying reindeer coming down a chimney â essentially breaking into our homes. Maybe our American Santa Clause Christmas and the Pooping Christmas Log is more similar than you think. And who says that poop isnât good luckâ¦it sure is in Catalonia.

9 Responses to "Have Yourself a Poopy Catalan Christmas"