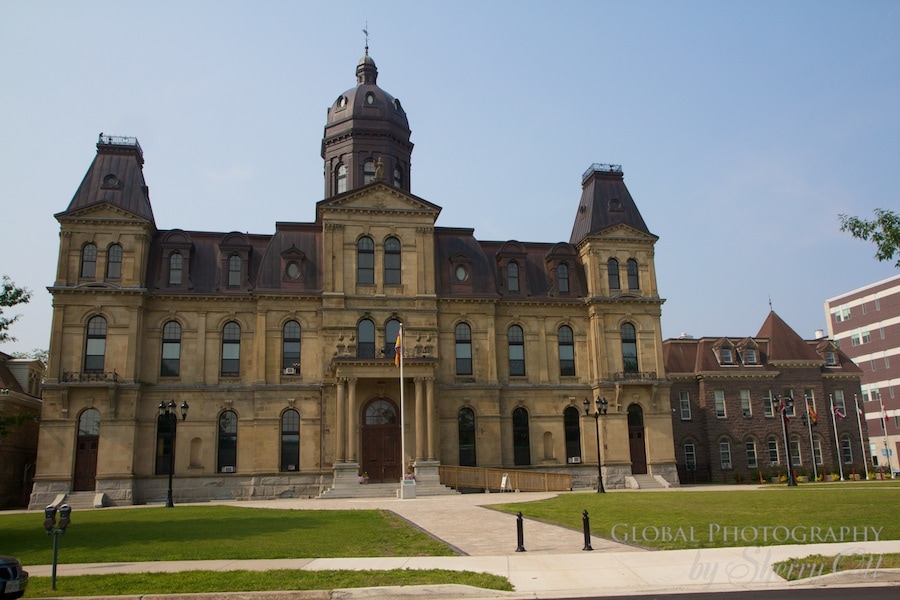 Fredericton Legislative Assembly Building. But Fredericton is not just the capital of New Brunswick – it’s much more than that…it’s fabulous.

âWhat? Why would you go to Fredericton?â â that seemed to be the most asked question when I told people we were flying in/out of Fredericton in New Brunswick Canada. Apparently people thought it was an odd choice â but then again â I love the odd choices. And this little provincial capital town seemed like a great place to start my Maritime travels with my parents. For a little community of 40,000 people â I was astonished by itâs hipness. This hip designation probably had a lot to do with the fact that there are multiple universities and colleges there and the whole community seemed to be progressive because of it.

Situated along the St. John river the town had a number of things going for it â in fact in our two days there we ran out of time to do everything we wanted! The one thing that stood out to me more than anything was the energy of the city. From the food, to drinks, to culture, to history, to art â it felt that people were throwing themselves into all of it â locals and visitors.

Not only was Queen Street full of cute little restaurants that spilled out into the sidewalks, but it also had food on the sidewalks at their Saturday Farmerâs Market.Â  Held every Saturday from 6AM to 1PM for the past 60 years – itâs where the community gathers.Â  It’s also a great place for visitors to stop by and pick up breakfast or lunch as there is a whole slew of prepared food vendors in addition to all of the fresh produce and even cheese and meat vendors. Be sure to stop at the Captân Mike Lobster Roll stand â itâs worth the wait in line! 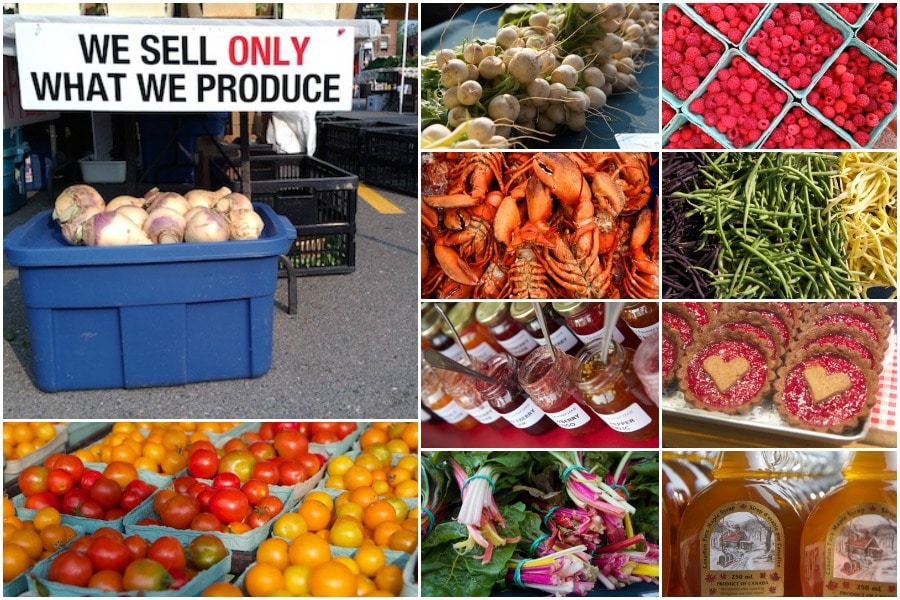 A sampling of the local farmers market – a colorful way to spend a Saturday morning!

Also located on Queen Street youâll find one of the Maritimeâs longest running craft brewing traditions â Picaroons Brewery. Lord knows you can’t get any more hip than being known as a craft brewing town these days.Â  Stop in the Brewtique store and fill up a growler like the locals do â or if you are a visitor you can taste samples. Our favorite was the Melon Head – a summery watermelon wheat ale with a faint taste of watermelon â a fruit beer combo I had never had before. Not only did it taste delicious, but it also has a great labelÂ  that changes every year. One lucky local cat gets celebrity status as itâs chosen to grace the Melon Head label. 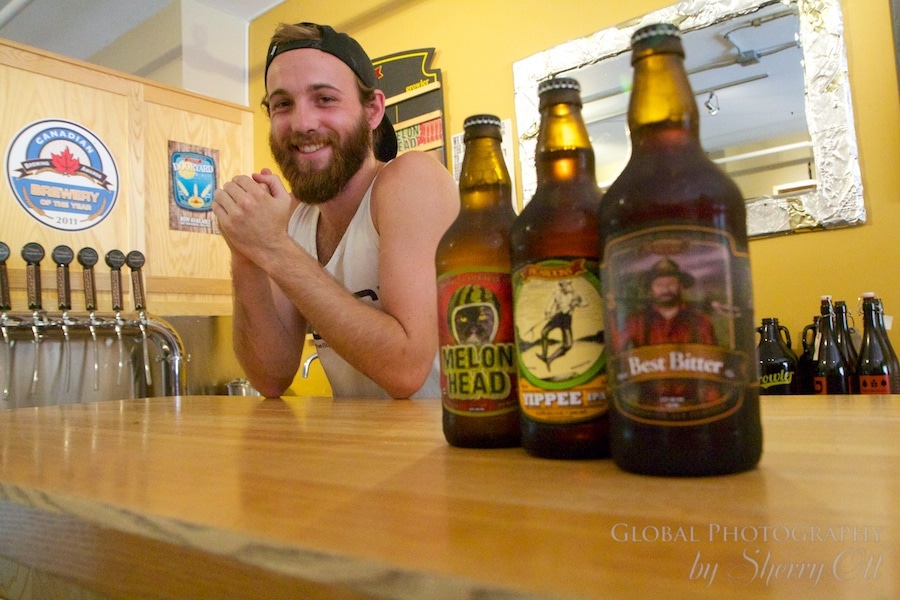 Do note that itâs hard to find the Melon Head in establishments â but you can for sure pick up some bottles at the Brewtique.

Looking for something stronger â then head over to the Lunar Rogue, Frederictonâs oldest Pub, for an endless selection of whiskeys curated by Frank Scott. Yes â curated. Itâs like a whiskey gallery in there â and probably worth more than art in some cases! He carries over 500 selections and yes, he knows about each one. He originally got into whiskey because he was in a band and traveled in Scotland and met his wife there. Music, women and booze â they do go together – donât they? Frank does whiskey tours in Scotland as well as tastings locally in Fredericton. Stay tuned to Frankâs Blog to get the latest on whiskey tastingâs – and donât miss it if heâs holding one â itâs great fun. He taught us about the making of whiskey, difference between single malt, single grain, and blended as well as how to drink it and evaluate it ultimately determining what you liked. I gravitated to the smokey, peaty ones, but by the end of the tasting, I donât even think I cared if I was drinking boiled cardboard â suffice it to say my dad and I needed a little nap after our tasting! 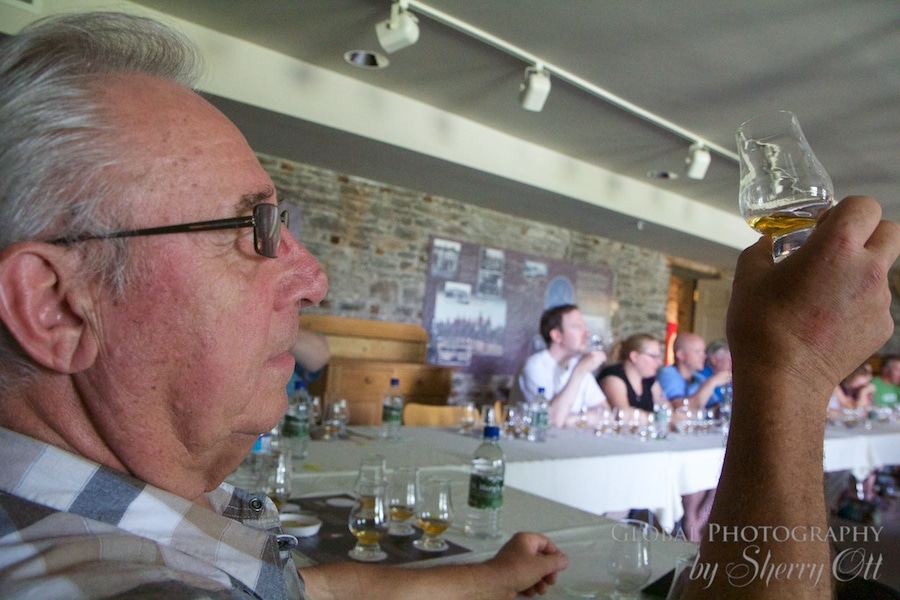 My dad inspecting…Sight â You want it to have legs â thick and viscous running down the inside of the glass.
âWhiskey makes the bagpipes sound better.â –Frank Scott 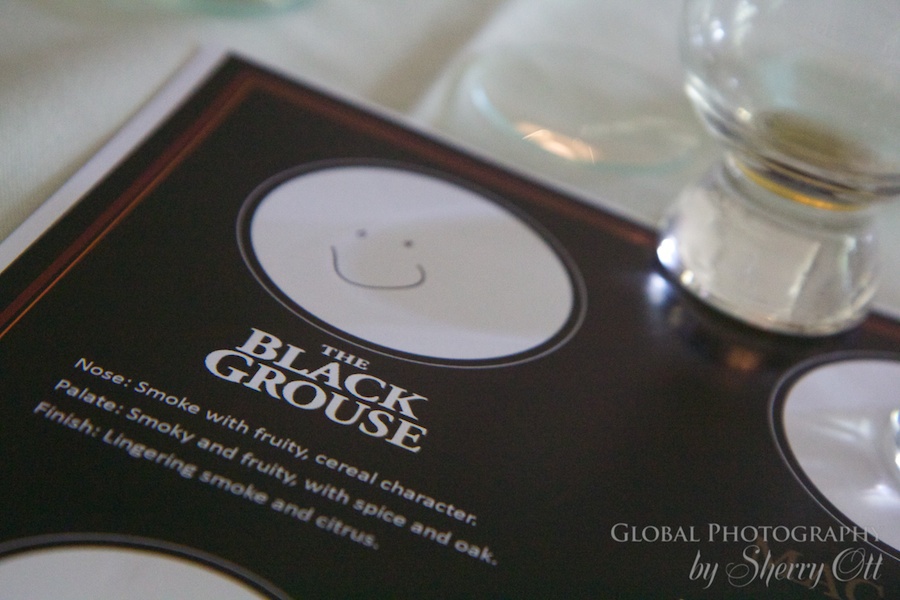 Whiskey Tasting…I used the smiley face system to rate my favorites. âLife is hard, everyone should carry a flask.â âFrank Scott

After eating and drinking your way through Fredericton, youâll probably want to get a little exercise on one of their many walking and biking trails.Â  They have more than 50 miles of trails giving you a chance to explore both sides of the river. And donât miss a stroll over the Bill Thorpe walking bridge. My parents and I went out one morning to get a little exercise and check out the bridge where we got a taste of just how active the people of Fredericton were as they zoomed by us on bikes and with strollers. 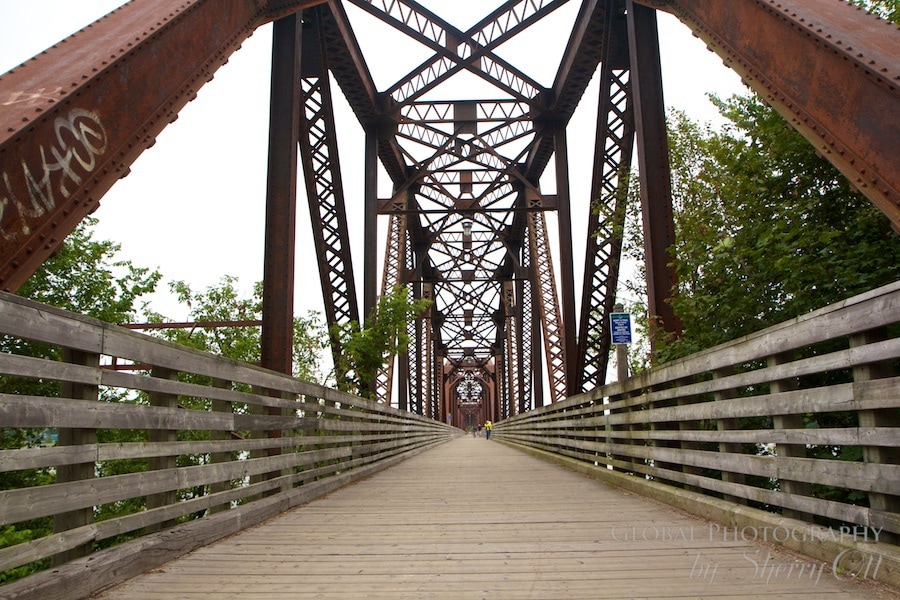 Fredericton doesnât simply have a few plaques up around town about their history â they get completely immersed in their history and story telling. Iâm not sure if itâs the influence of the colleges in the area, but there seems to be an abundance of college students who like to dress up and step back in time to not only tell Frederictonâs story but demonstrate it too.

Because of Fredericton’s importance as capital, and its proximity to the American border, there were military stationed in Fredericton. Multiple regiments served in this area. The Guard House, Barracks, and Old Officers’ Quarters (now a Museum) located downtown are an important part of Frederictonâs history. One of the most popular things is to attend the changing of the guards which occurs every day in July & August 11am and 4pm. Not only can you watch a regimen dressed in period costume run through drills, but you can also inspect the guard. My dad was excited to finally get to be on the âother sideâ of an inspection as he told me stories of his superior inspecting him when he was in the army. He was eager to inspect the Canadian officers and they were great – they had to stay in character the whole time. 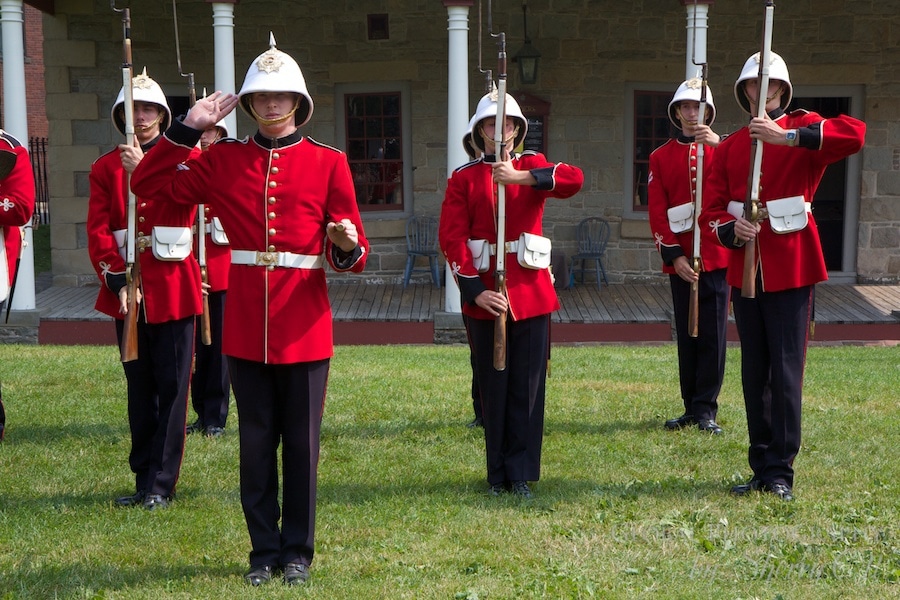 Going through the daily drills… 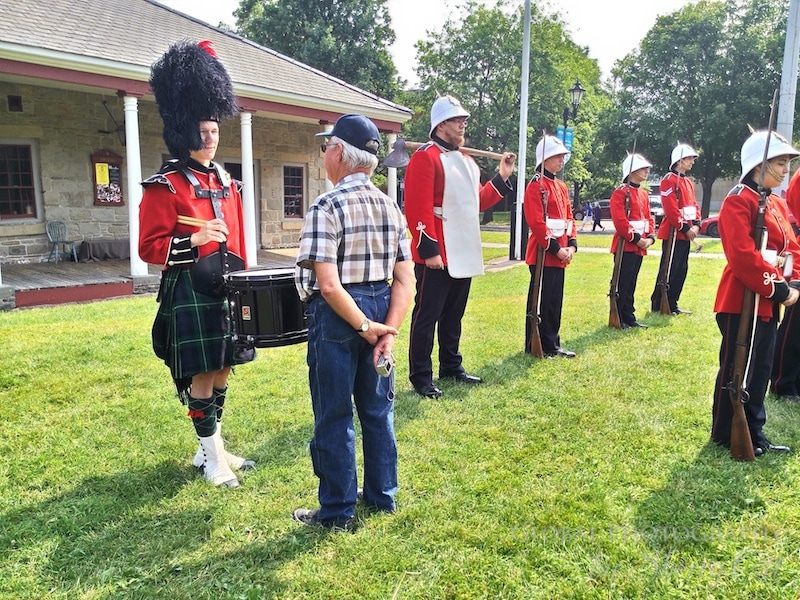 My dad taking his inspection seriously.

The city also offered free guided heritage walking tours by actors dressed in period costumes to take you through the history of Fredericton and point out key landmarks.

Who doesnât love free stuff? I was surprised to find out that Fredericton wasnât only fabulous but it was also free! Not only are a number of the city tours free, but they also have a number of free perks which are great for visitors such as free parking passes for visitors, free museum entries, free public wifi called the Fred-ezone – covering most anywhere in the city.Â  Check out these great free things you can do in Fredericton.

Fredericton certainly served my craving for odd choices and went on to exceed my expectations. I originally thought of it as our arrival/departure gateway to the Bay of Fundy (which is why wen went to Maritime Canada). But it wasnât simply a gateway to the Bay of Fundy and the Province of New Brunswick, it totally stood on itâs own. The pride and energy of the city was evident and it was easy to get caught up in the fabulousness of Fredericton.

Disclosure:Â  I was invited to enjoy New Brunswick by Tourism New Brunswick.Â  However all the opinions expressed her are solely my own!