Why My Nomadic Lifestyle Comes To an End

Why My Nomadic Lifestyle Comes To an End

I stood at the little box that read âApplications and Depositsâ and stared at it for a while. Am I really going to do this?

Sometimes all you need is a good slap in the face, to remember to not spiral into an abyss of self-doubt. Iâve been on that edge of self-doubt, depression, and confusion for a long time now. Too long.

Then at the height of all of this spiraling out of control I saw it. A tweet I scheduled months ago that was posted today.

I have been in emotional hiding for the past year or two. Traveling to amazing places and putting out cookie cutter travel pieces. While in the background, far from the view of readers I have tried to sort a few things out; things that were making me unhappy. Sometimes I feel like I could write a whole novel on just my roller coaster of struggles and emotions. But I was never one to air all my dirty laundry in public â I just wasnât brought up that way.

I would have loved to have help sorting out all of the indecision and doubt, but the thing about decisions is that YOU have to make them. You and you alone. And since Iâve spent a lifetime alone, Iâm used to making big decisions on my own. I’m not necessarily good at it, but Iâve learned that itâs necessary.

The Fear of Uncertainty 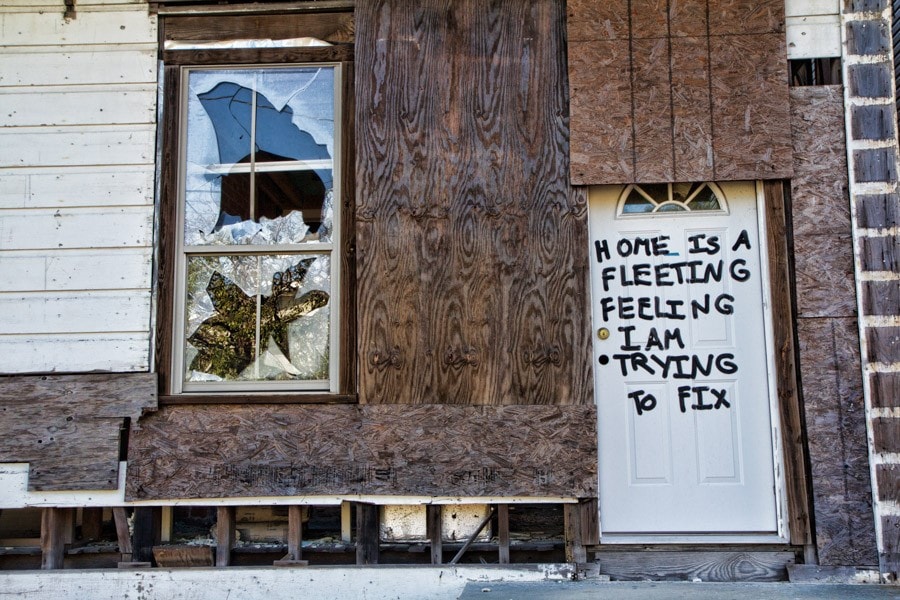 For some reason this decision was really hard because it has the possibility of completely throwing my life up in the air again. It made me question who I am and who others want me to be. Plus, it added a great deal of uncertainly to my life â and uncertainty is scary.

I know what you are thinking â Sherry â your nomadic lifestyle is already full of uncertainty; you donât have a home, you travel full time, you live out of a suitcase, and you generally donât know where your next paying gig is coming from. True, my life is not real stable. But at least there is some weird stability simply in the fact that Iâve been doing this for 10 years.

But now I stared at that tweet. Those were my words. Those are my thoughts. And yes, that is a tip I really believe down to the core of my heart and being; itâs not fluff.

Sometimes you need your take your own advice I guess

I remember so well all of my fears, anxieties, and tears that engulfed me as I made what I thought was the biggest decision of my life â to quit my job and go travel in 2006 for a year. I cried in fear all the way to the airport with a one-way ticket. I was happy I was going, I was just scared and uncertain of what the next year held and what the repercussions of my decision would be.

Then came the decision to live abroad and give up everything I had accumulated to remain on the road. Both of these decisions at the time were so radical and so out of the norm, it plagued me with fears and doubt. I was giving up the American dream and certainty to embrace the unknown and a path I was making up as I went along.

But ultimately those decisions were successful. Iâve been homeless and living on the road for so long now that constant movement and living out of a suitcase has become my norm. Iâve done the nomadic travel thing longer than I ever lived in one place, and longer than Iâve ever stayed in one job. I have seen practically every corner of the world and have amassed friendships from nearly every country Iâve visited. I do believe having a nomadic lifestyle is one of the things that make me interesting, itâs a core trait I have identified with now for a decade. I believe it to be akin to being âmarriedâ or a âmomâ; I’m a nomad.

However for the past 2 years in some weird and cruel twist of fate, I found myself going through all of this fear, anxiety, and tears again as I try to make a decision to slow down, get a home base, and simply have a more normal life again. This means I no longer would be Nomadic, my âsuperpowerâ would be gone.

I am just as scared now to go back to a somewhat normal life as I was to leave it.

How the hell did that happen?

Fears of Leaving the Nomadic Lifestyle 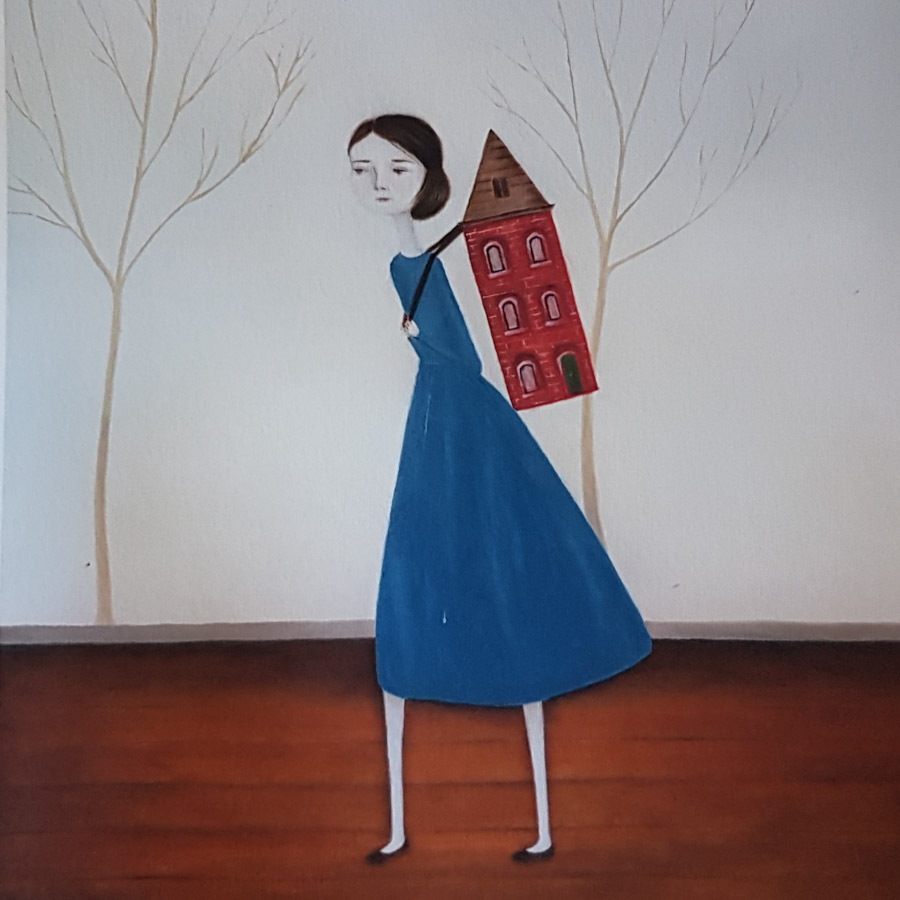 The reason I ended up nomadic in the first place was because I knew I couldnât afford to pay rent and all of the associated expenses of a home if I were going to blog and do travel writing. Back in 2008 no one was getting paid to blog! So I found other ways to make money and live extremely cheaply without a home.

Why I Need to Put in Roots

But there are good reasons why I have been thinking about making this change and facing these fears. For a few years now I have felt more and more isolated and unsettled. Sure itâs cool and exciting to have the freedom of not having a home â but with a home also normally comes a community â and thatâs what I miss. I miss having a few roots in somewhere. I miss a place to feel grounded, and friends who are around to talk to. I miss a small semblance of routine because as evil and boring as routine can be, itâs also calming. And sometimes I need calm.

I also miss little things, like hangers, and a place to put my toothbrush on the sink. Iâm tired of having to pack every single thing up and take it with me every time I leave a place. I’m tired of constantly dealing with logistics of where will I sleep next. I miss relationshipsâ¦like REAL relationships â ones you can count on to know you. Those kind of relationships are hard to grow on the road where you are in and out of peopleâs lives for only a week of two at a time. Iâm tired of the guilt associated with always having to rely on others in my life. Iâm tired of being a guest every night in a new bed.

These feeling have not always been there, they have just been creeping up the last 2 years. And Iâve been trying to sort them out. But itâs hard to make big decisions and turn your life upside down again. 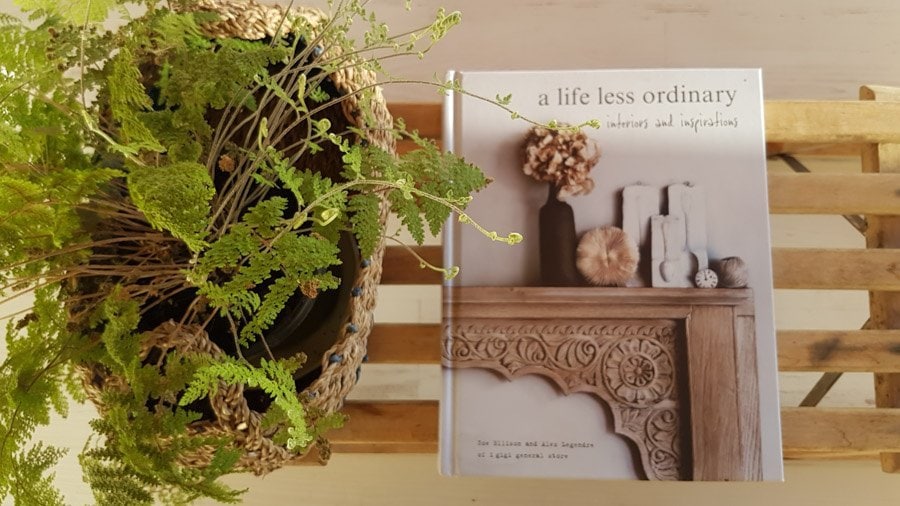 All of those fears I listed are constantly swimming through my mind; there are so many unknowns. It would be so easy to just continue what Iâve been doing for the last decade. But then Iâm reminded of it; certainty is overrated.

Just like 10 years ago when I decided to quit my job and cast off the social norms, I find myself at the same tipping point of change.

Change happens when the pain of staying the same is greater than the pain of change â and that balance officially has switched.

Itâs time for a home again.

I stood at the little box that read âApplications and Depositsâ and stared at it for a while. “Am I really going to do this?â I thought to myself. And in a giant leap of faith, I took a deep breath, I put the envelope in the slot, and heard it hit the bottom of the metal box.

Itâs official â I have a home base in Denver Colorado.

118 Responses to "Why My Nomadic Lifestyle Comes To an End"