May I please take your photo? 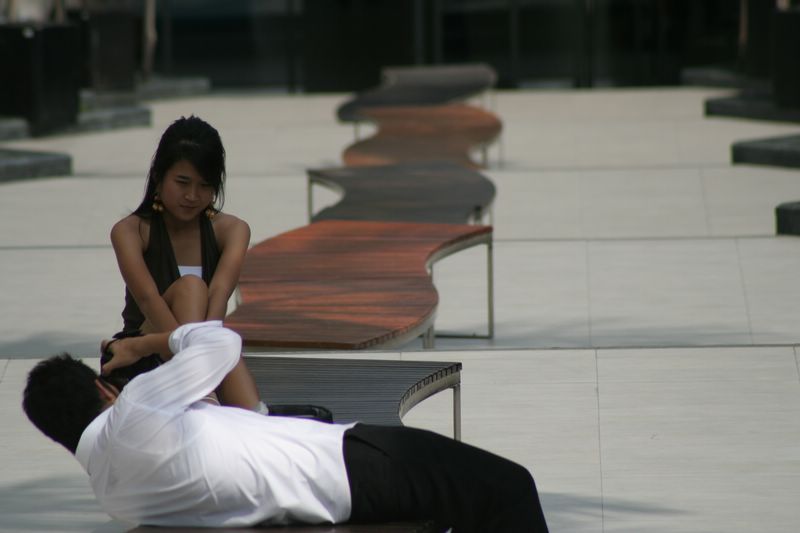 Iâve had an ill feeling that has plagued me for the last year. I first remember it coming on in New Zealand. Then it hit me stronger in Vietnam. I was feverish about it in India. It is the feeling of being in some type of moving vehicle, traveling through a country, and seeing about 25 perfect photographs outside my vehicle window. I would feel ill thinking â if only I could tell them to stop so I could get out and take a picture. Yet I sat there helpless watching my beautiful shots go whizzing by â wondering if I would ever be able to capture this image again. I would get queezy when I saw a group of people intimately interacting, simply being themselves, but I couldnât get the nerve to go up and ask them if I could take a photograph. Instead â I would linger a bit, and then sulk off mad at myself for not having the guts to be a real photographer! The few times I did get the guts to go up and ask if I could take a photograph (fumbling through this conversation in broken English, pointing at my camera and smiling) they would normally say âyesâ and then give me some big, posed, toothy grin â transforming the shot from a nice little intimate, cultural gathering, to a Sears family portrait.

However â I have decided to attempt to put an end to this fearâ¦I decided to hire a professional photographer to help me improve my photography skills of people so that I am no longer afraid to go ask someone for a photo or to ask someone to stop so that I donât have to shoot out of a car window. I had actually been thinking about this for quite some time. I had taken photography courses in New York, but now Iâve been practicing photography on the road daily. When you actually start using a skill you had learned â then you have a ton of questionsâ¦so Iâve been traveling around gathering up photography questions in my head with no one to ask them to. Questions about technique, the profession, using flash, saving digital photos, editing digital photosâ¦the list if long. I have looked into taking a photography workshop in various countries, but none really had worked out until now. I was doing research on travel in Laos when I came across an ad for a photography school in Asia â specifically Bangkok. The ad talked about custom photography tours to Laos, so I clicked through and inquired about more information. After a number of emails back and forth with the photographer and checking references, I decided to splurge on this unique opportunityâ¦I hired the photographer to travel through Laos with me and teach me about documentary photography.

Jonathan Taylor is a professional photographer from the UK, living in Bangkok. Heâs a photo journalist that has done work for various publications including Time, as well as a prior photo editor for a publication in Bangkok. You can see his work HERE. He speaks Thai so that would allow us to get us by in Laos. Lord knows that it would get us further than English! Plus, the real benefit was that he knew how to go into a town, talk to the locals, talk to the taxi drivers, develop the right relationships with people, and sniff out a good photographical story. In one of our many email exchanges, he told me that we would go into towns in Laos, find out what was happening there, and then hopefully find some story that we could document such as a traveling Chinese acrobat team. Little did he know, but the idea of following around a Chinese acrobat team and photographing them was what sold meâ¦it sounded cultural, unpredictable, crazy, and fun! Granted â I knew that I may not find that acrobat team â but I would get further with him than on my own. At the very least, I could tell have him tell someone to stop the car so I could get out and take a photograph! Plus â I would be traveling through Laos – a scenic, quiet little country in SE Asia that I had been wanting to see for quite some time now.

You will have to check back in a week to see what adventures Jonathan and I find in Laos as well as to see if my photography improves! As a small preview â I can say that Iâve been traveling with Jonathan for 3 days now and Iâve had access to photograph people and things that I never could have imagined! Stay tunedâ¦.

4 Responses to "May I please take your photo?"