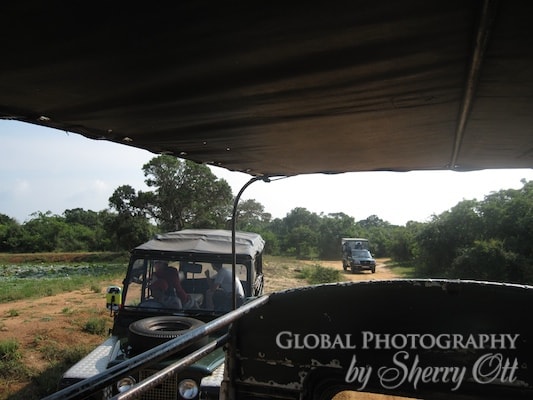 Jeeps jockey for position in Yala

There really only one reason travelers stop at the dusty town of Tissa in Sri Lanka, and thatâs to see leopards. So it was no surprise when we rolled into town on a local bus that we were bombarded by locals trying to sell us safari tours to see the leopards. We had already organized our guest house stay and decided we would gather some safari pricing info from these eager salesmen, and then go to our guest house to see what they offered. I refer to this process of entertaining all of the offers as ânegotiation tactics of independent travelersâ.

We were able to strike a deal with the guest house that was competitive (about $45USD per person) â however it couldâve gotten even cheaper if we found some more people to come with us early that next morning in our jeep to split the cost. We asked the owner of the Tissa guest house and to no surprise he wasnât very helpful with helping us try to fill out the empty space in the jeep. Itâs clearly more money for the guides and tours if you have lots of jeeps full of only 2 peopleâ¦but it sucks for the traveler. You can sometimes find people at other guesthouses â but like most Sri Lankan towns â the guest houses were not close to each other and there was no real hub for travelers to get together outside of guest houses. There werenât many independent travelers in Sri Lanka (at least not inland away from the beaches) and most people were on tours that were part of longer driving tours and Yala was simply included. I found myself starting to brainstorm a Facebook page where travelers could find immediate safari partners somehow and finally fell asleep; we had a very early wake up call for leopards the next day.

I have to admit â I was only slightly excited about the safari, but Russ was really excited about the safari. He so badly wanted to see a leopard. You could tell he was hopeful but tried to hold back having expectations, as we were both aware that seeing a leopard was a gamble. We woke up before the sun rose and hopped in our big jeep which could have easily held 4 other people (for the same price the two of us paid) and took off for the 45 minute drive to the park entrance.

Our driver/guide drove quickly passing many other slower jeeps on the way giving this feeling that maybe if we were the first there then weâd have a better chance of seeing a leopard. Or at least thatâs what my overactive imagination thought.Â  At the entrance we paid our park fee and I looked around at all of the other big jeeps filled with simply two people. The whole thing made me sort of sad that we (the tourists) were being so inefficient; it was shameful. 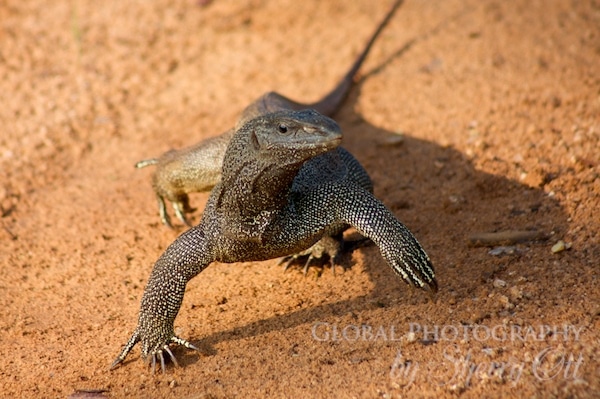 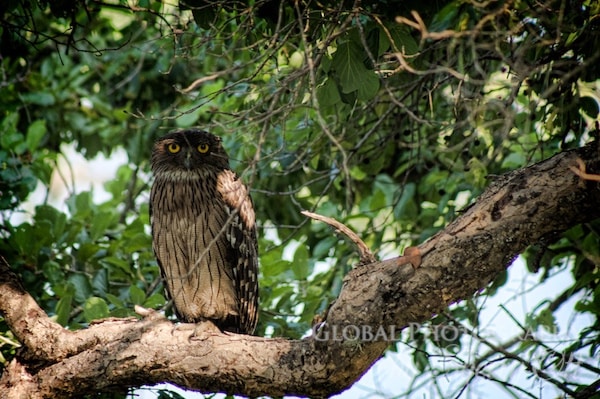 We drove into the park with the two-way radio blaring out Sri Lankan words, presumably providing info on sightings among the guides. I had flashbacks of my safari in Kenya speed through my mind. For a moment I was hopeful that I could relive that feeling as I was clicking my telephoto lens into place. And then I had to remind myselfâ¦this isnât Africa.

We drove through the maze of dirt roads that only a 4×4 could make it through. Our guide spotted crocodiles, birds, water buffalo, owls, lizards, and wild chickens. All quite interesting, but no leopard. Then after a call on the radio our guide clearly sped up as if he were on a mission. I immediately thoughtâ¦leopard! He came around the corner and there were a pack of jeeps all poised taking pictures. I followed their lens line-of-site to the clearing in the trees and saw 3 elephants taking mud baths. Russ was happy, I was happy. Elephants in the wild are always a treat to see. Especially baby elephants playing in the mudâ¦yeahâ¦say it with meâ¦.awwwwww. 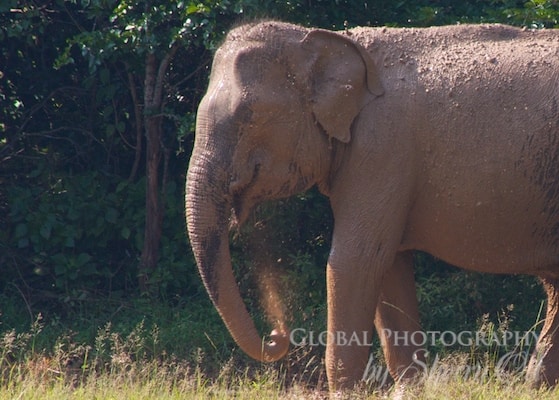 Playing in the mud 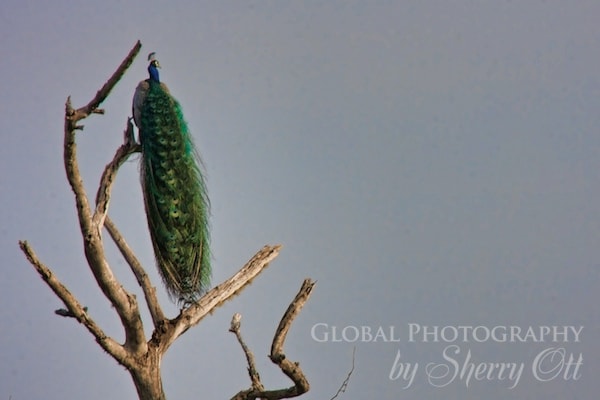 The sun moved higher and higher into the sky and I knew our leopard sighting time was fading. We finally looked at each other and realized â leopard luck wasnât on our side today. Our guide apologized and headed towards the park exit.

Regardless, the morning was full of other animals and photography â so that would have to do. Sometimes you canât always get what you want. (Thanks Mick Jagger)

As a side note â after the park safari we took a local bus to the town of Unawatuna. That evening we met a woman at dinner who had also went to Yala that day â but she went on the sunset safari. She proceeded to show us on her little point and shoot camera a photo of a leopard looking straight into her lens with a big rodent in his mouth. Not only had she spotted a leopard â but she got the perfect picture of âthe huntâ. Russ could only let out a big sigh of disappointmentâ¦