Escaping the Crowds in Petra 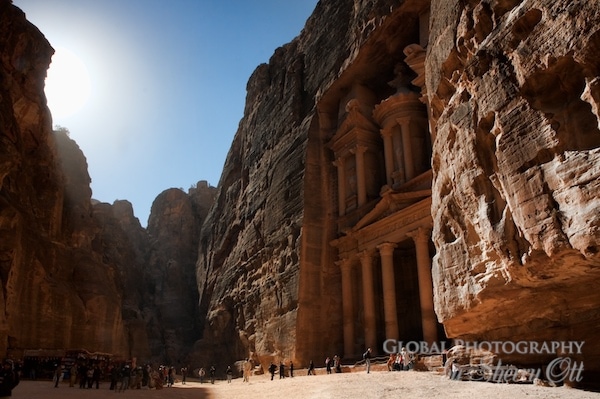 Morning Lights up the Treasury and Tourists

I sighed and handed over my 55 Dinar ($77USD) to the man at the ticket counter; a hefty sum for an otherwise budget friendly country to travel through. This fee would buy me two days in the ancient city of Petra. He asked me to type my name in the computer and then handed me a ticket. I waited for more, but there was nothing more; not even a map. I walked away and thought âGeez, even at Disneyworld they give you a map!â

Luckily I had a little Jordan guide book which provided me some sort of map and I had plotted out my Petra walking plan the night before based on the guide book and some advice of people at the hotel I was staying in. It all looked rather simple. First I would go through the Siq, see the famous Treasury, then I would go to the High place of Sacrifice and down the other side to see Lion Monument, the Roman and Soldier Tomb. Next I would go through the Upper Market and head towards the Monastery, then the church, amphitheatre, and other tombs along the East cliff. That would pretty much cover Petraâ¦a simple plan for the day. 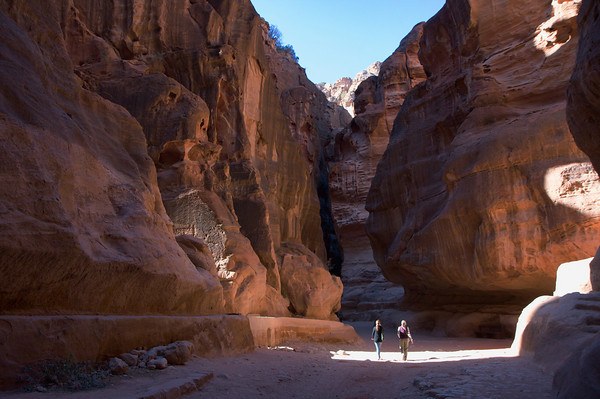 It was my plan until I descended through the mile long Siq and stood staring in awe of the famous Treasury Building; then I knew I needed a plan B. I felt dwarfed by the rock formations that towered above me; the place was much larger than my little guide book map appeared. I should have paid more attention to the scale of the map. This was an ancient hiking playground; trails leading in every direction and all of them leading upwards. I was starting to sweat just looking at them. This was going to be a much more active day than I originally thought.

The buildings carved into the rocks were gigantic, ornate, and were the color of orange sherbet. The light was streaming through the rock formations providing an ethereal feel to the city. Tourists groups huddled around their guides listening intently as I tried my best to avoid them. But it was next to impossible, they streamed from the Sik and into the Treasury area as if it were a giant slide depositing them all at the bottom giddy from the wild ride. Vendors were immediately at your side selling you camel and donkey rides. Men were hawking jewelry and young kids raced up to you to show youâre their postcards. I wasnât very fond of the masses of people; but it served me right for sleeping in. I looked around at all of the out of shape tourists and I decided to stick to my original plan and start climbing to the High Place of Sacrifice. I knew I could lose them as the steep flight of stairs would weed out the old and out of shape.

The High Place of Sacrifice was worth the climb; not only did I shake the tour groups, but it offered staggering views over Wadi Musa. It was a perfect place to sit down, have a snack and breathe in the fresh, crisp air. There were few tourists up here, a welcome reward after the challenging climb. After a short rest I continued down the other side of the mountain completely alone. I found myself surrounded by ancient tombs and absolutely nothing or no-one else. No merchants, no donkeys, no touristsâ¦just me; I felt like Petra belonged only to meâ¦and the occasional cat. I climbed around the tombs, inside them and generally stood in awe of my solitary experience in such a touristed location as much as I was in awe of the tombs themselves. 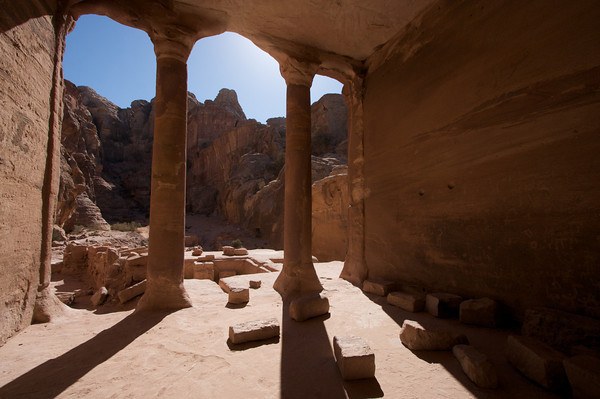 It didnât take me long to get back to the throngs of tourists as I came around the back side and towards the Upper Market. Everyone was heading towards the Monastery, the largest tomb faÃ§ade in Petra. I had another big climb ahead of me, and this time it was like a super highway of hiking; everyone was trying to make it up to the top to catch the afternoon sun and the colorful view. I couldnât shake the tourists, but I was able to shake the vendors. Between deep breathes I mumbled ââNoâ to each jewelry and donkey offer and kept plodding away up the steps. By the time I got to the top I was sweating and exhausted.

The Monastery view point was one of my favorites; despite all of the people. They had set up couches and had a tea house at the top; allowing you to relax after your exercise and take in the view. However, be warned, if you go at the end of the day, youâll have to make your way all the way back to the Siq and another mile to the entrance. It was about 2 hours to get all the way back to the ticket booth â and all uphill. 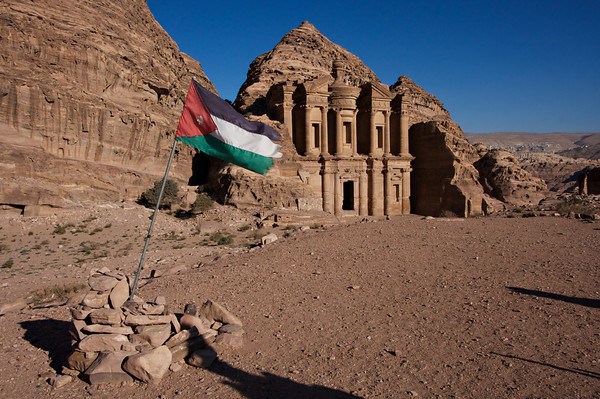 I had severely underestimated the size of Petra and really was only able to see a couple of the sites in depth on day 1; I knew I had to go back the next day. That night I was sore and exhausted, but set my alarm for 6AM as I had a mission to beat the crowds the next day and attempt to get some tourist-less photography.

The best part about going early was that you were able to watch Petra wake up and come alive. It’s a pleasant introduction to Petra without the harshness of guides and big groups of people huddling around. Not only was the light and the tourists absent, but so were the Bedouin vendors. The busy entrance was all yours. 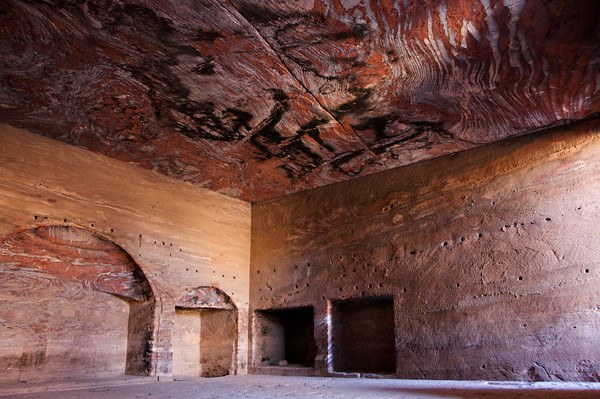 I walked through the Treasury area and into the Street of Facades and enjoyed the peacefulness of Petra; a view not many people get. I arrived in Petra as the Bedouin families were showing up to âworkâ. I watched the women set up their shops and make tea. Men did their morning prayers and generally no one bothered you. I felt as if I was completely behind the scenes, everyone was getting their make-up done, and the curtain was about to open.

As I was taking photos two women in a off-the-beaten path jewelry stand invited me in for tea. They said it was or âfrawâ
I repeated…âfree?â
âYesâ they said. âCome have tea with us.â
I told them I would have tea but I would not buy anything. They were in agreement and I sat down for 10 minutes and drank tea with them. It was lovely. I asked them questions about their family and jewelry and they of course asked if I was married. It was a completely normal exchange and never once did they try to sell me anything. It was as if they werenât âon the clockâ yet and I was a guest, not a dollar bill. The whole interaction felt like the most special moment I had in Petra, because it was genuine.

I continued to watch the sun rise over the hilltops and start to shine into Petra like a spotlight announcing the big show. The curtain was close to opening; so it was my time to leave. 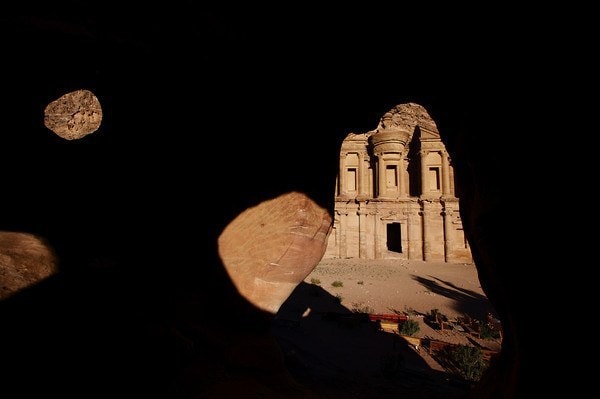 14 Responses to "Escaping the Crowds in Petra"