Eat with Locals in Brussels 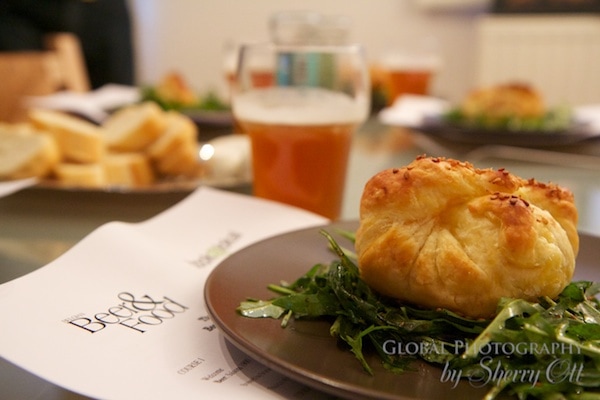 âDonât bring anything and donât show up early unless you want to cook.â These were the only real rules I received after I booked my bookalokal Beer and Food group dinner in Brussels. Evelyn, our hostess, welcomed us at the door. My stomach woke up as I smelled the aroma of a big dinner cooking in her kitchen and we walked into the warm apartment. Brian, our beer host for the night, immediately greeted me with a beer â the night was off to a great start.

I had written about a new local travel trend of eating in localâs homes a few months back when I went to Casa Saltshaker in Beunos Aires, and ever since Iâve been on a mission to find other local eating experiences around the globe. I know that secret kitchens, local dinners, and pop up kitchens exist all over the world â but finding them is a bit hard at times.

Bookalokal is the creation of US expat Evelyn White. She wanted to create way for people to connect over food. Her typical bookalokal customers include tourists, travel junkies, expats and local people â people who are wanting to meet new people.Â  Overall there were 9 guests who attended our dinner – 5 travelers, 3 expats, and 1 local. Our origins ranged from USA, UK and the Netherlands primarily. Two of the guests had come completely solo as a way to meet new people. The rest were couples or friends. 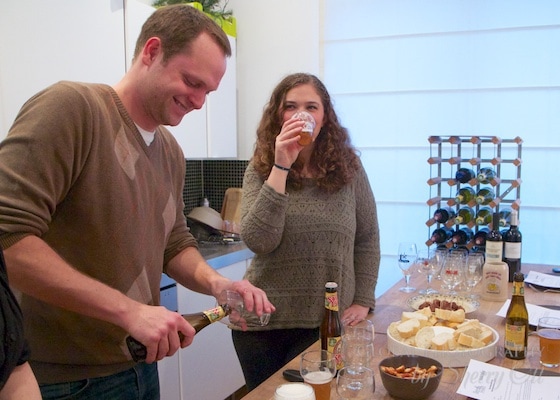 Brian pours a beer for tasting – the first of many!

As I walked into Evelynâs apartment, I immediately felt welcomed as if I was walking into an old friendâs home. Evelyne and Brian were our hosts for the nightâs beer and food pairings. Itâs really the hosts that make bookalokal work. People can sign up to be hosts â they are typically food bloggers, culinary students, retired chefs, stay at home parents and people who just love to host a good dinner party. Anyone can host â however there is a suggested verification check of any new host. When a host completes the sign up process they are encouraged to become a âVerified Host.â This means that a bookalokal scout has booked their food experience, met the host(s), taken pictures of the eating environment and food served, and written a detailed review. This is a great process that is necessary for these types of âin-homeâ local experiences similar to AirBnB or Couchsurfing.

I chatted with the other guests, sipped beer, and took in my surroundings. One of my favorite things to do in a city is see how locals live and get inside homes and apartments to get a better feel for the architecture and culture. Evelyneâs apartment had a harp in the corner and some fun, colorful art. Two big tables were set and we were all given a list of the beers, food, and recipes that we would be enjoying throughout the night. 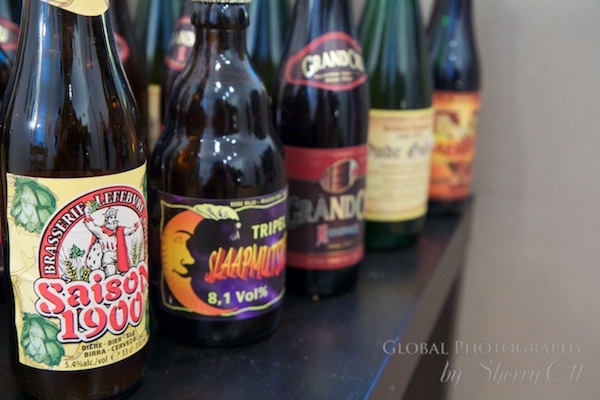 A line of beers meant for tasting!

The menu was quite hearty and delicious: 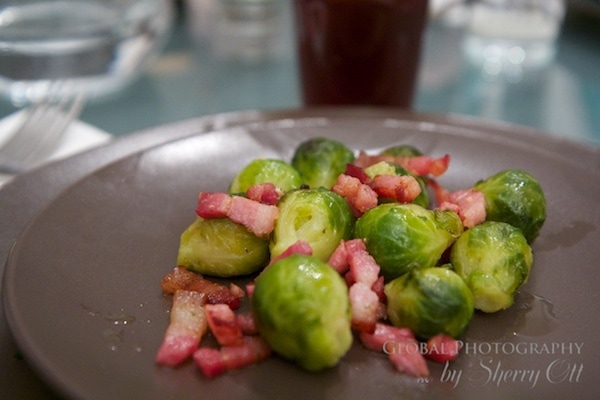 Brian served 5 different beers to go with the 4 courses. He gave us a talk on each beer style and even had a little toast that went along with each beer. Evelyne served up 4 courses of delicious food with ease. I was impressed at how relaxed of a host she was. They even had us switch tables around mid way through the dinner so that we could ensure that we socialized with everyone.Â  Dinner conversation centered around what people did for a living, great restaurants in the area, and travel history. I could tell that some new local friendships were forming and would continue on outside of the dinner. 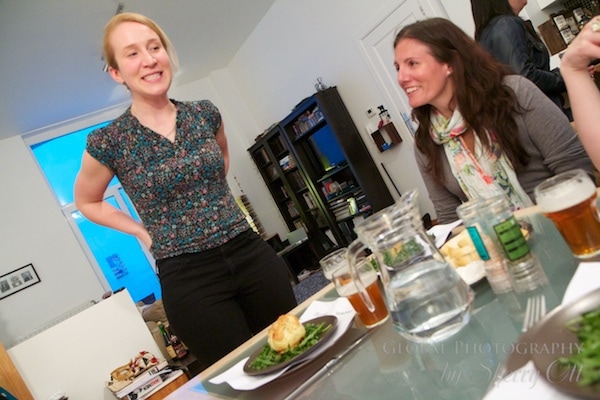 Evelyne introducing and explaining each course

From a traveler perspective â this concept of local dining is growing in popularity because it gets you off the tourist trail and provides you a more authentic experience. Going to a dinner party in a new city where you know no one may seem a bit strange â but itâs a super way to learn about the location, get tips on other places to see or eat, forge some new friendships, and itâs all the same or less cost then going out to a restaurant. Our meal including beer cost us only 35 Euro for 4 hours of food, conversation and drinks.

Bookalokal in Brussels is a way to bring a thriving expat community together with locals and travelers. However bookalokal does go beyond Brussels where it has a stronghold. They have other hosts around the world â just search on the website â www.bookalokal.com. In addition, after talking with Evelyne I learned that bookalokal doesnât just promote group dinners âevents can take the form of one-on-one dinners, murder mystery dinners, wine tastings, brunches â and whatever else a host dreams up!

I all had a great time at the dinner meeting new people and swapping stories over more than a few beers!Â  I walked away with new recipes, knowledge on what beer to order in restaurants, restaurant recommendations, sites to see, ideas for neighborhoods to check out, email addresses of new friends – and a very full stomach.Â  I personally think these local dinners are a growing trend that we’ll see more and more of around the world. 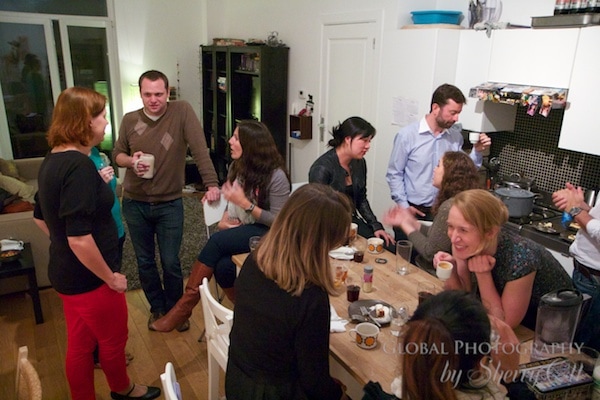 Everyone socializing after dinner! A fast way to form friendships!

Would you do try this when traveling? Or do you love cooking enough to consider being a host?Â  Please answer in the comments below!

20 Responses to "Eat with Locals in Brussels"