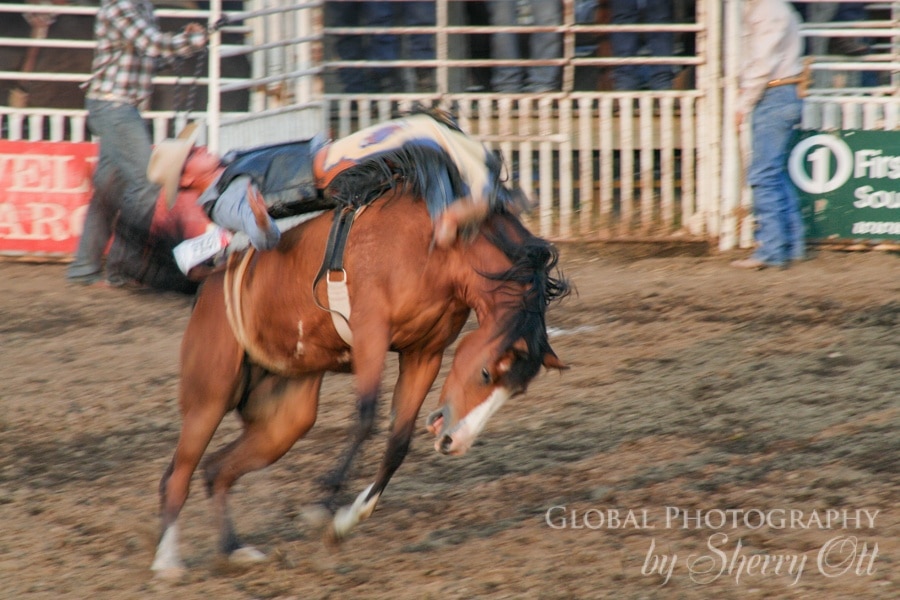 One day left on my South Dakota road trip family vacation. I survived two days of road tripping with my parents, and so far I concluded that I may need therapy after this. We decided to finish off our South Dakota extravaganza by getting in some exercise, some oddities, and some cowboys.

I convinced my parents to hike to the tallest peak in South Dakota, Harney Peak, standing at 7,242 ft high. Sure, this altitude isnât anything mind blowing, after all, it is South Dakota, not Colorado. However, I was proud of my parents (both 72 yrs old) for being in shape and still able to do a 4 hour moderately difficult hike. Granted, I think my mom was about ready to kill me by the time we got back to the parking lot, but the important thing is that she made it!

We bid goodbye to the Western edge of South Dakota, land of patriotic stone carvings and buffalo, and took off towards the royalty of the Midwest; the Corn Palace of Mitchell South Dakota! Driving into Mitchell was a bit reminiscent of entering Disneyworld; driving down main street, getting a first glimpse of castle spires with flags blowing in the windâ¦and thousands upon thousands of pieces of corn. Is this a fairy tale? A bad dream? Or is Johnny Depp going to walk out of the front door in a Willie Wonka meets Edward Scissorhands outfit? 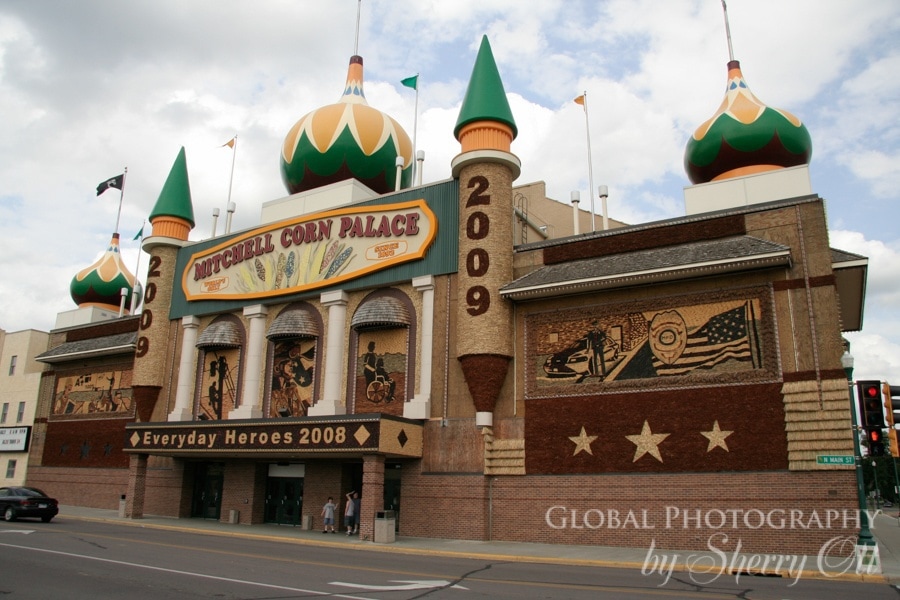 Yes, there is really such a thing as a corn palace, and yes, it is made primarily of corn. No, it is not in Nebraska. It was erected in 1892 as a tribute to the agricultural heritage of South Dakota. Throughout the century, it has changed a bit and became more of a solid structure/event hall that houses murals and spires made of corn, and it hosts any concerts and sporting events in Mitchell. The original palace was primarily erected from corn and the corn byproducts (stalks, etc). Besides the joy of saying that you went to the Corn Palace, I canât say that thereâs much more to it than that. We went inside and toured the hall which had more corn murals inside, a large gift shop of everything corn (of course), a video of the history, and pictures of every corn palace from 1892 to the present.

However, the real reason why I was actually excited to be in Mitchell South Dakota was because the rodeo was in town. Even though Iâm a Midwesterner by birth, the closest I ever came to a rodeo was when my brother would chase me down, and flip me over on the ground, pull out a rope and calf tie me (2 legs and one arm), throwing his arms up in the air when he was done as if someone were timing him. There are truly not many things more humiliating than laying there tied up like a cow as your brother walks off to leave you there. The joy of brothers.

This was my chance to be the spectator (as opposed to the spectacle) of a real rodeo, so I was rather excited when we pulled up and there was a sea of cowboy hats. I had bought reserved seats for us as a birthday gift for my parents. The whole scene was fascinating to me. From the fans, to the kids, to the uber patriotic national anthem presentation, to the six packs of beer that they sold still held together by the plastic six pack rings. This is the middle America. This is the plains, where the real cowboys are. Yet cowboys have changed through the years. The man next to me with a cowboy hat, holding a beer with a plastic six pack ring on it, had to take a cell phone call about some cattle that needed to be picked up tomorrow. I had to laugh to myself about the modern cowboyâ¦no guns, just cell phones.

The Mitchell rodeo had it all; good looking cowboys, bucking broncos, barrel racing, bull riding, calf roping, and even a strange acrobatic horse show/intermission. The calf roping was by far my favorite event, I think I was mainly thankful that I wasnât he one getting roped!

All Good Road Trips Come to an End 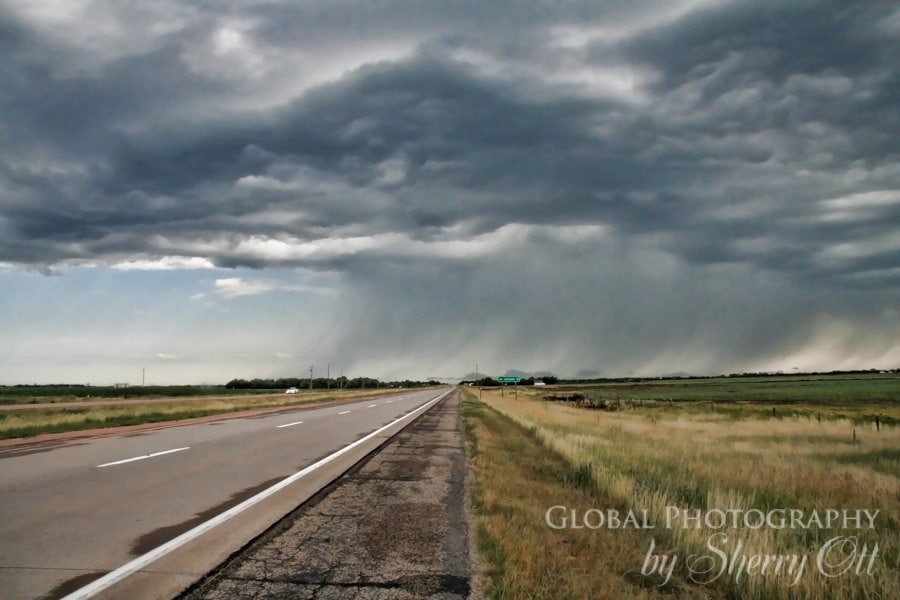 South Dakota may be flat, but it’s not boring

My South Dakota Family Vacation had come to an end. As we drove back to Eastern South Dakota the next morning, we were treated to one of my favorite sites on this flat landscape, an storm rolling across the prairie as far as you could see. South Dakota actually surprised me in many ways.

Sure, itâs rather desolate, but it had variety in landscapes, variety in wildlife, and plenty of unique experiences!