Que the song âHoliday Roadâ, load up the family truckster, and head to Wally World.

I recently watched National Lampoonâs Vacation again. It had been years since I had seen the Griswalds take off for Wally World, still a classic movie that strikes a chord with me thanks to some similar family vacations I took when I was a kid. Our family car was a little 1978 Honda Civic Hatchback; after all there was a gas crisis back then. Sound familiar? We would all squeeze into that car (with my brother sister and I in the cramped back seat fighting constantly), pack in plastic bags (because they were more mold-able in the hatchback), a cooler full of soda and tuna salad sandwiches and take off for some midwestern location about 800 miles away. 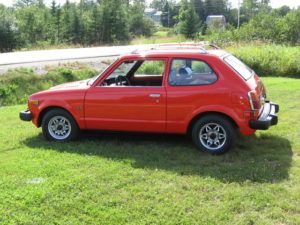 This week, I find myself reliving this scenario minus my brother and sister. Since Iâm in the Midwest during my âSummer of Homelessnessâ, I decided that I might as well get out and see some of the sights that I missed in my childhood. My parents were up for this adventure, so we set our sites on Mt. Rushmore. What could be more American than stone Presidents on land that we stole/took back from the Native Americans!? Itâs not Wally World, but Western South Dakota would have to do.

My parents have upgraded to a 4 door Honda Accord now, but my mom still packed a cooler full of drinks and tuna salad sandwiches wrapped in wax paper. Yes â itâs a bit strange to be 38 yrs old and back on a family vacation; I feel like Iâm 11 again. Itâs all a bit confusing for my brain. As I traveled with my parents it made me realize just how many of my neurosis came from them! Actually, it helps me understand how I have come to see the world and why. Like it or not, we are a product of our parents and how we were raised. Iâm not complaining at all, itâs just that when you spend a lot of time with your parents as an adult â you canât help but need some therapy. 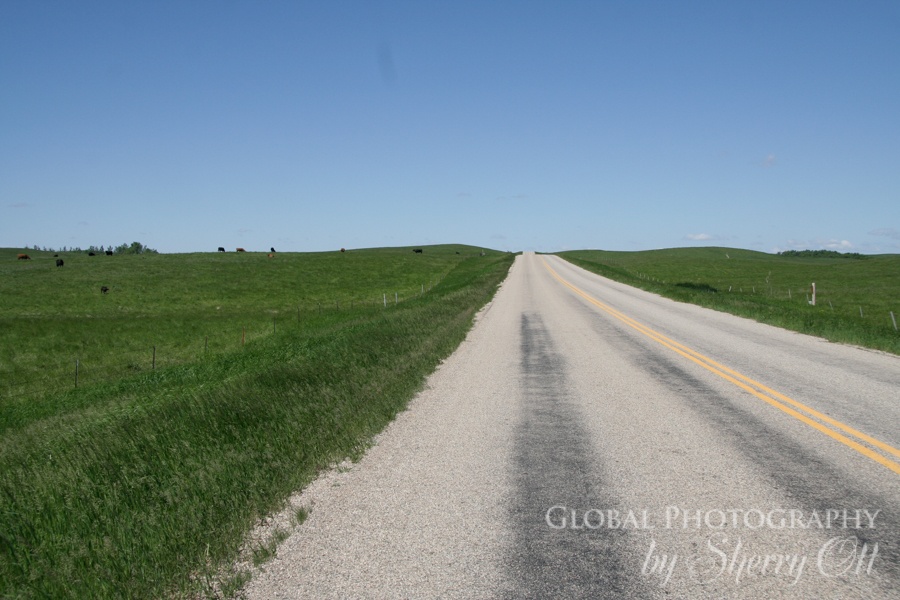 I quickly learned that South Dakota is pretty much like Nebraskaâ¦flatâ¦very flat. I also learned that the state domestic product must be hayâ¦because it was everywhere. I never knew it came in so many formsâ¦hay bails, hay bail rolls, hay stacks, hay bail roll stacks…the list goes on. These various forms of hay dotted the flat countryside of South Dakota like sheep in New Zealand. Iâm willing to bet that there are more hay formations than people in South Dakota. My dad, being an ex-farmer, was rather helpful in educating me on all of the nuances of hay such as why we need it, what animals eat it, rolls vs. stacks, what its shelf life is, Hay vs. Alfalfa bails, etc. If any of you want to know this info, send me a comment and Iâm happy to share. This was the first 4 hours of our 500 mile journey to the west. Pretty similar to my childhood memories. 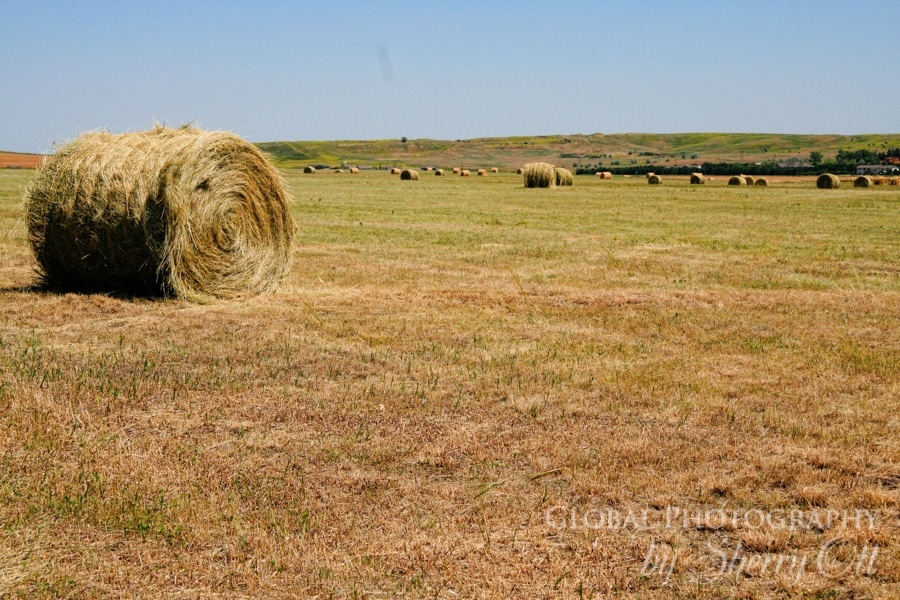 The view outside my window

My next education took place in the capital of South Dakota â Pierre. Hereâs a surprise, Pierre South Dakota is not French. Nope, thatâs right â donât get fooled by that French looking name. It is not pronounced pee-air nor do people wear berets there. Instead itâs pronounced like the word beerâ¦âpeerâ. It took me a while to get used to not correcting people, but their confused look made me realize that I was the stupid one. Another thing that Pierre is notâ¦big. With a population of aprox. 13,000, itâs a very small place for a state capital. In fact â I was positive it was the smallest state capital â until I googled it and realized that once again I know very little about my own country; Montpelier, Vermont is the smallest at aprox. 8500.

During the Depression in the 1930âs, Wall Drug Store was saved from bankruptcy by offering free ice water to the traveling public, advertising this via hundreds of signs along the highways. It has now grown into the largest, most publicized drug store in the world.

My mom at Wall Drug

Trust me â there was no possible way to miss Wall Drug. There was a sign for it about every mile and as you got closer â it went to about every Â¼ mile. The signs advertised ice water, homemade donuts, 5 cent coffee, cowboy boots, and ice cream. They even advertised free donuts for newlyweds. I waited a long time to see a sign that said âFree ice cream for single women in their 30âsââ¦no luck. Regardless, the signs worked and we turned off the exit for some free ice waterâ¦and some of the best butterscotch ice cream Iâve ever had! The whole town of Wall South Dakota is pretty much the drug store. Busloads of visitors stop there each day; they get 20,000 visitors a day in the summer. See what I mean, itâs impossible not to stop.

After Wall, we drove through the Bad Lands National Park. It reminded me of the Painted Dessert in Arizona that I saw recently on my cross country road trip. It seemed so out of place in South Dakota. Who knew that South Dakota had this amazing land formation that simply rose out of the flat prairie? It was stunning.

After 530 miles, about 5000 hay bails, 4 tuna sandwiches, and 3 ice waters, we made it to our destination, the Black Hills of South Dakota. We pulled a few beers out of the stocked cooler and celebrated. At least on this family vacation, I am old enough to have a beer! I really have no idea how I coped with family vacations before alcohol could be consumed.

Day 1 of my family vacation was quite educational. Sure, there were some times when I wanted to run out of the car screaming, but if now as a grown adult you spent 530 miles in the car with your parents Iâm sure youâd want to do the same. All I can say is that even though I found myself on a family vacation again at age 38, it made me how realize how happy I am that Iâm not 11 any longer!

To view the ‘best of’ South Dakota photography – click here!