Enemies and Friends in Normandy 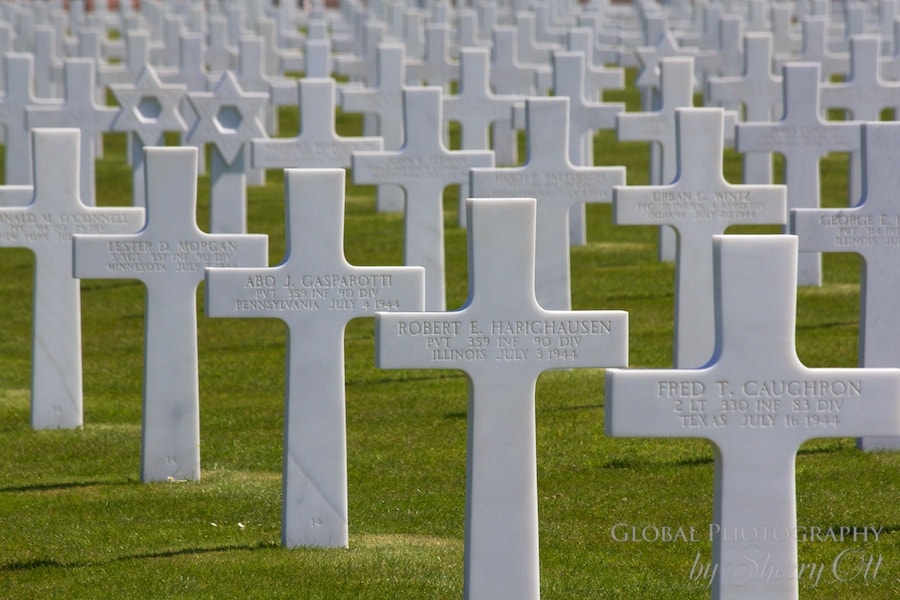 I stood staring at the wide expanse of Omaha Beach squinting my eyes, trying to imagine what that historic day was like. D Day seems so far away now â ancient. My mind was swimming in thoughts amplified by the fact that I was here visiting this WWII Normandy invasion sight with my European friends â Germans, Brits, and Dutch. It hit me then â how amazing this beach was. I looked at the blue water lap onto the beach calmly with people who I never would have met if June 6, 1944 wouldnât have had the outcome it did. Here – a place where Germans, Brits, and Americans fought a fierce battle and marked the end of so many young lives. It was because of that battle and loss of life that the 7 of us all were together – we came in peace from various countries as friends. It felt strange. But it felt good.

I had never really been interested in World War II before. Sure, I vaguely remember my history teacher, Mr. Durham, reading about it from our text book in High School â snore. I memorized what I needed to and then promptly forgot about it. As I grew older I had seen a few movies about it â but I never found it as fascinating as the more modern conflicts in Vietnam, the cold war, or modern history of Cambodia (probably because I had spent some time in those countries during my travels). But as I stand looking at the vastness of Omaha Beach in Normandy with my European friends I realize that what it takes for me to be interested in history is simply a closer connection.

World War II has my full attention now that Iâm here in Normandy. It just goes to show you that everyone learns differently â Iâm definitely an âon-the-groundâ, visual learner. Through travel I have developed a new thirst for history and world knowledge mainly because I can get out and actually see it as opposed to reading it in a book. As a side note â for all of you who think that families are crazy for pulling their kids out of school for a year to do year long trip â they are not crazy. To me, they are brilliant. Putting the learning right in front of them, giving them a reason to want to learn more and actually see and talk to the people involved as opposed to hearing it from their teacher or reading it in a book.

Supplementing the Experience With a Little Hollywood

The night before visiting the WWII sights in Normandy my friends and I spent the night watching the old movie, The Longest Day. Watching John Wayne, Robert Wagner, Richard Burton, and Henry Fonda defend the allies was pretty uplifting for depicting such a violent day. Iâm not sure if it was the black and white footage, the iconic actors, or the basic production of the movie â but at the end I thought â now I know why people felt proud to fight this battle. The whole mood of the movie was one about loyalty, camaraderie, and nationalism.

However the next night we watched the more modern take of D Day, Saving Private Ryan, a movie I had strangely never seen before. It had the exact opposite effect on me. The graphic footage and depiction of areas that we were staying so close to were haunting. The feeling was intensified since we had just visited many of the sites that day. After the gut wrenching ending, I thought a lot about how WWII was probably the last conflict that all Americans could all get behind and support our involvement in. Wartime conflicts seem so different now â much more complicated. Kind of like a color movie with surround soundâ more vividly complicated.

Together, my friends and I went to the American Memorial cemetery, the German cemetery, Omaha Beach, the Airborne Museum,  the village of Sainte-MÃ¨re-Ãglise, and Pointe du Hoc where rangers scaled up the rocky cliffs to try to secure the beach. Each of these sites were beautifully and respectfully maintained and all equally moving. 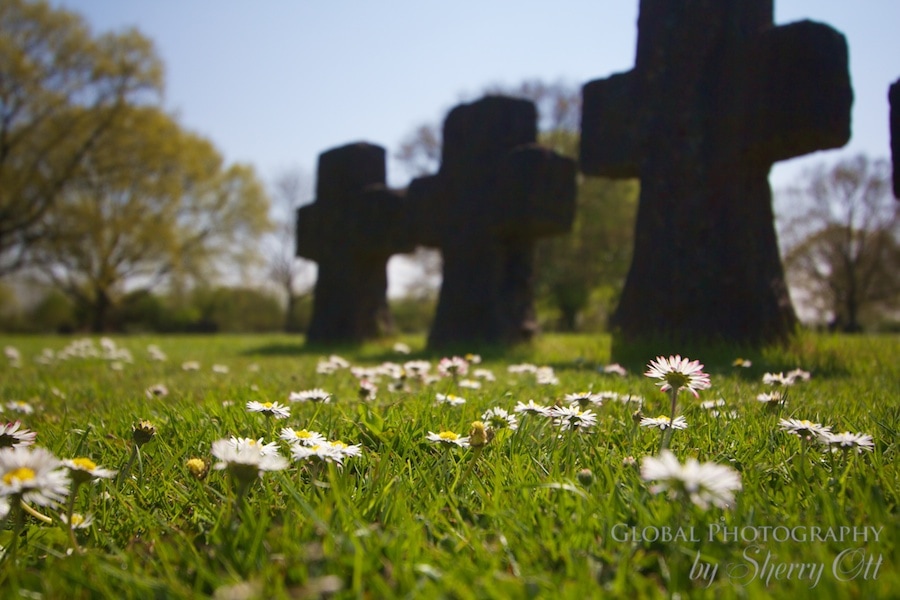 German cemetery Normandy. Groups of 5 dark stone crosses scattered across the field in a beautiful layout. 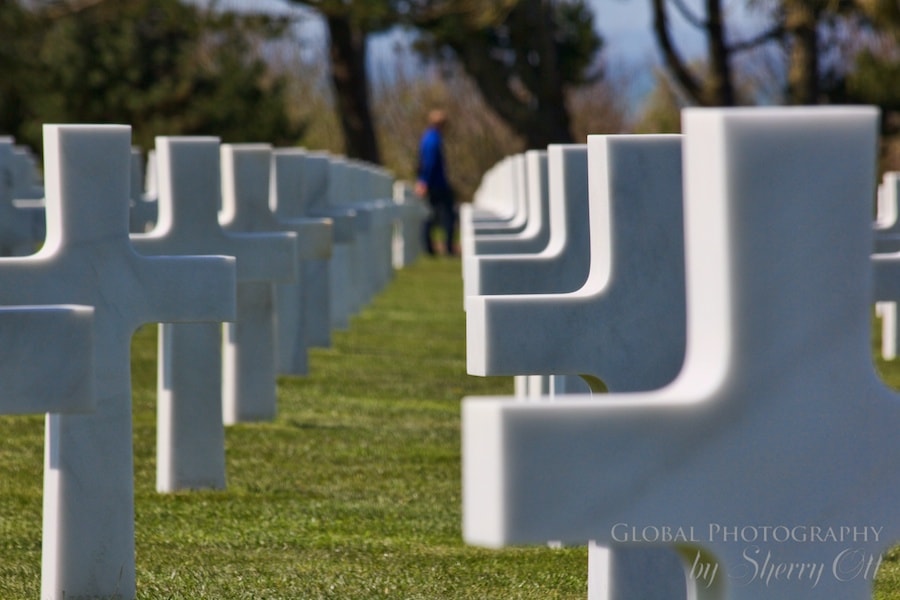 American memorial cemetery. Rows of perfectly places white crosses as far as you could see. 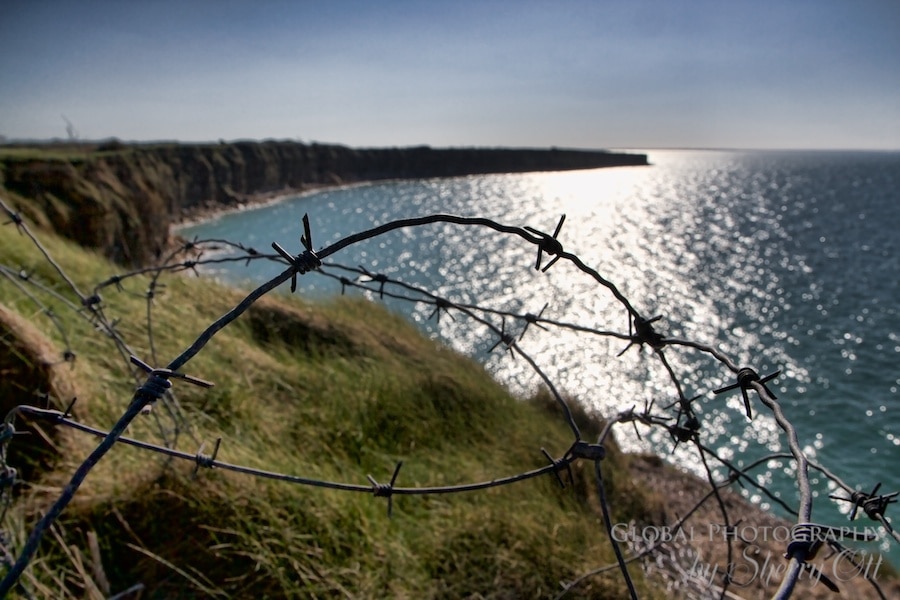 Pointe du Hoc cliffs where US Rangers climbed up to secure the area under deadly gunfire. 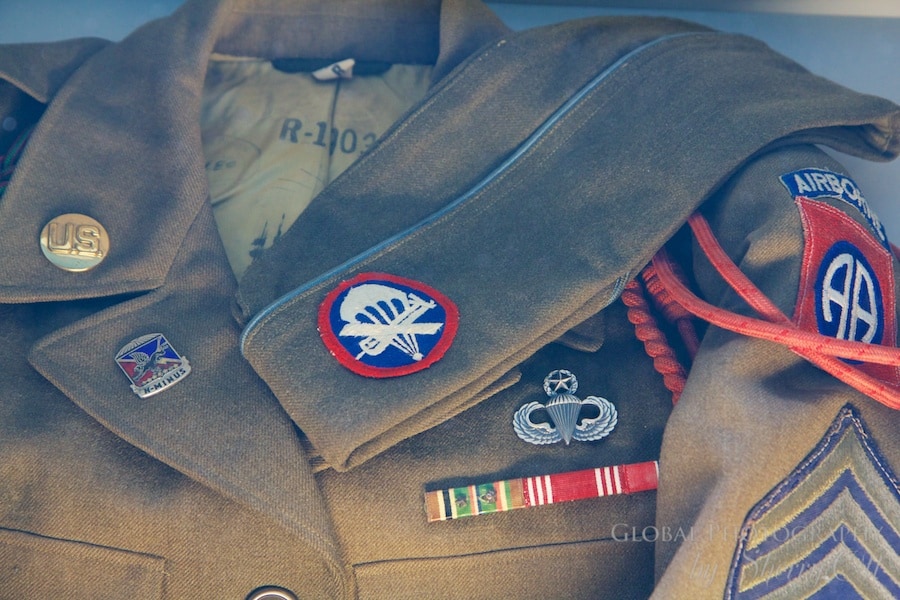 The Airborne museum housed old equipment and uniforms of the airborne teams which landed off of their planned course on that fateful day. 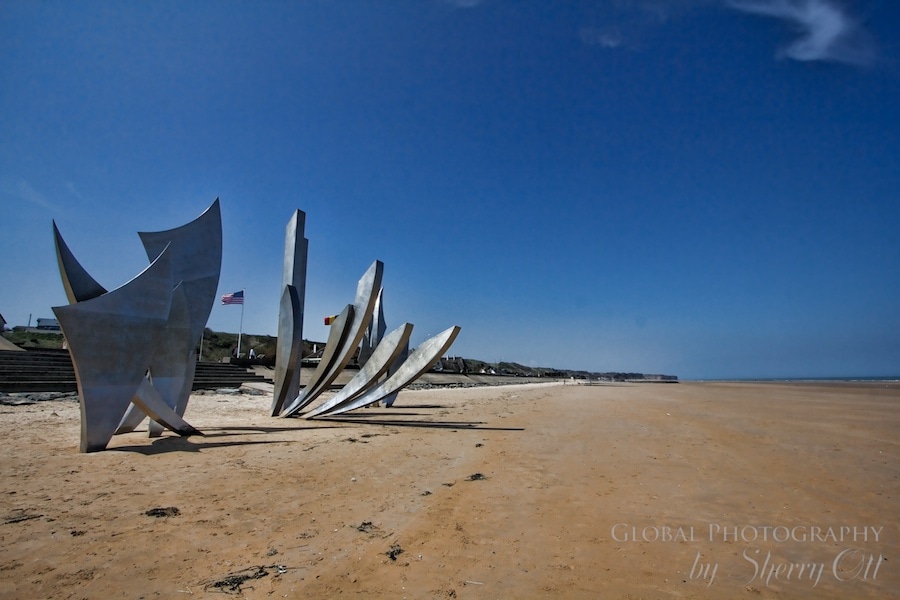 I don’t exactly know why – but Normandy got under my skin in a big way.  It made me think and consider the world as a whole, my travels, as well as my relationships with others.  It also took me back to my childhood and brought back many memories of my father and his views on his time in the service.  It made me consider how that time and battles like D Day shaped his world views.  I can’t put my finger on it – but Normandy was a very special destination for me – I felt as if my brain and thoughts had awakened after a long hibernation.

However I still canât help but think that the whole experience was intensified for me since I was there with friends from the countries involved in these battles. Visiting the German cemetery in particular was a strange feeling.  The whole cemetery with it’s black stone crosses in groups of 5 felt dark and unsettling, yet respectful.  It was even stranger to visit it with a German friends by my side. It was conflict between our countries that put these boys in their graves that we stared at now.  Once enemies, now friends.  Itâs at these times when I feel how important it is to strive for peace and greater understanding in the world. Who knows â maybe one day my nieces will travel with their friends from North Korea, Iraq, or Afghanistan. Time can bring many changes. Hopefully we continue to move in the direction of understanding and peace.

12 Responses to "Enemies and Friends in Normandy"