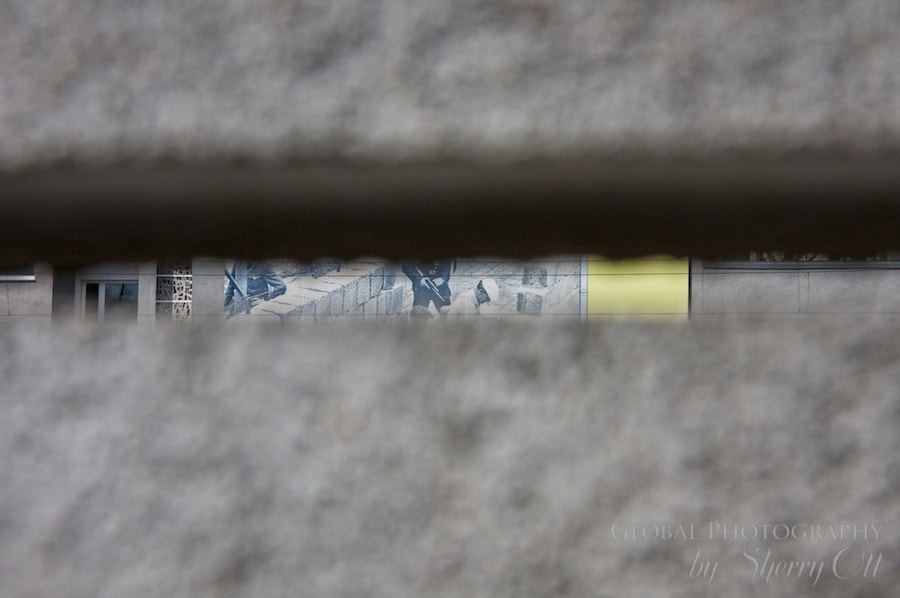 Narrow vision – peering through a slit in the Berlin wall

Prior to 1989, Berlin was the modern day Tale of Two Cities â one city of inclusion and groups and one city of decentralization and individuality. The two sides, East and West Germany, had completely different ideologies which presented itself in architecture, city planning, everyday life, and of course politics. It was the history of the Cold War which drew me to Berlin for this trip. It divided the world when I was growing up and the epicenter was Berlin â I was excited to see it with my own eyes.

There are a number of ways you can get a feel for divided Berlin and the Cold War and here were my favorites:

Of course the obvious division was the Berlin Wall itself. There are only small sections of it still standing as memorials, but whatâs left does give you a chilling feel for what life was like in East and West Germany. Take a walk around the Berlin Wall Memorial on Bernauer Strasse to see some of the last standing sections of the wall . It includes various memorials and a section of the Death Strip â a section of no manâs land between East and West Germany heavily guarded with nowhere to hide. You can peer through the holes and gaps in the wall and get the feel for what peopleâs vision might have been. But even as much as I immersed myself in the memorial, the more and more I could hardly begin to comprehend how the whole division happened. The visitorâs center is a great stop as it contains old video, pictures, and news clippings about the construction and subsequent escape attempts. It provides a glimpse into the absurdity of it all. 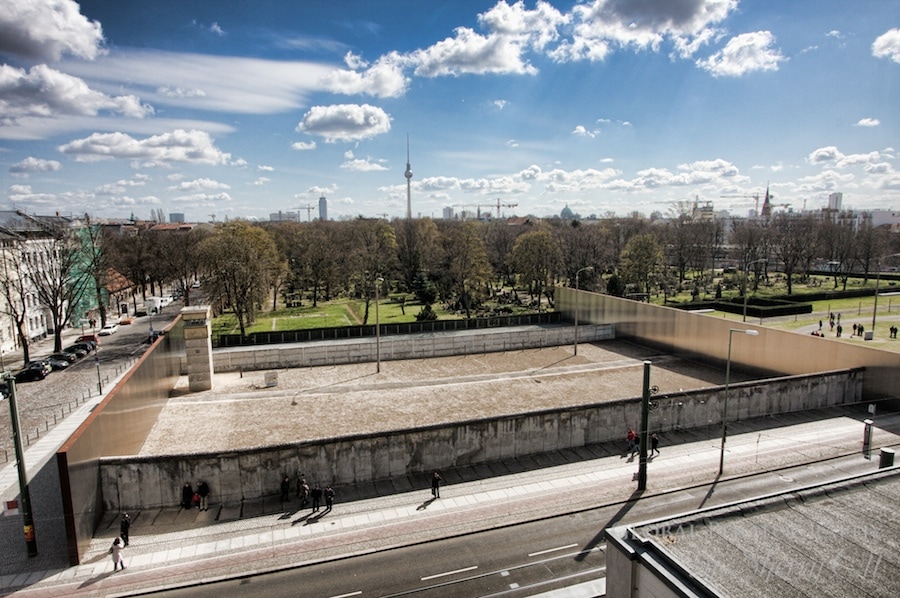 A view of an old piece of the Berlin wall, tower, and death strip 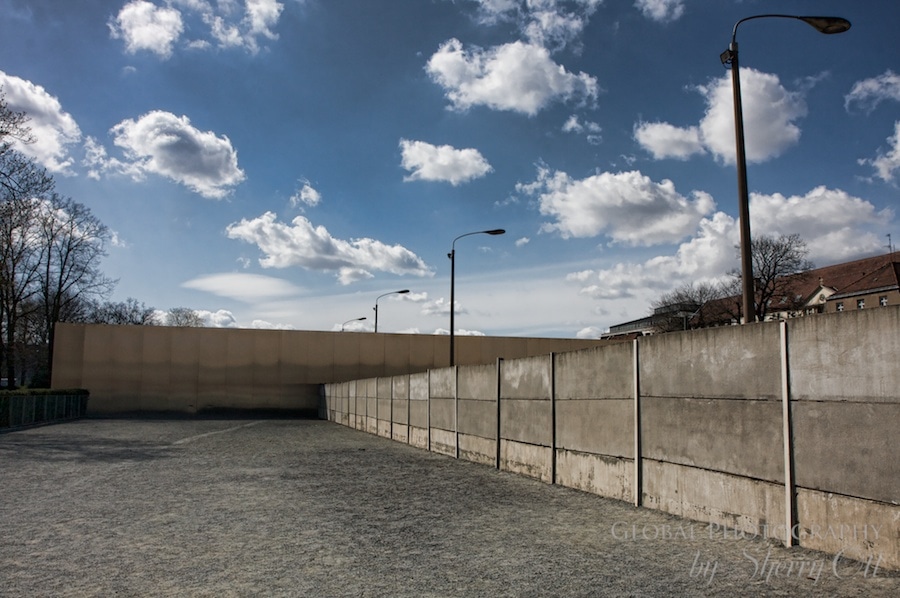 The East German side of the Berlin wall memorial 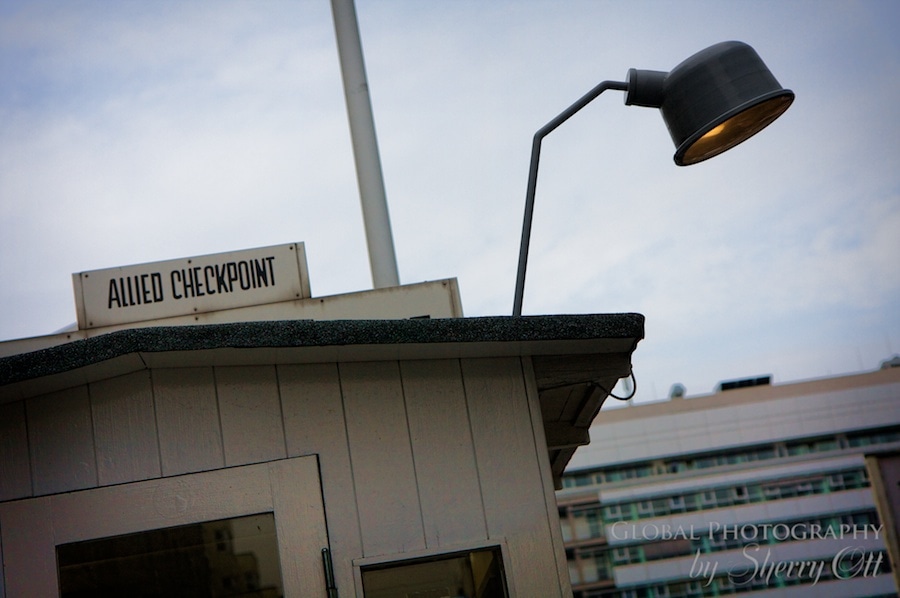 The famous Checkpoint Charlie in Berlin 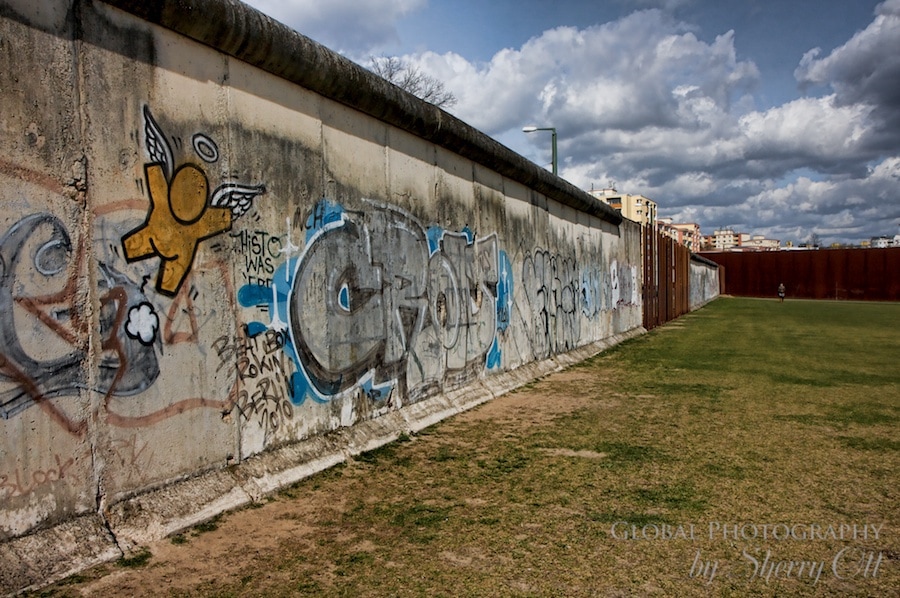 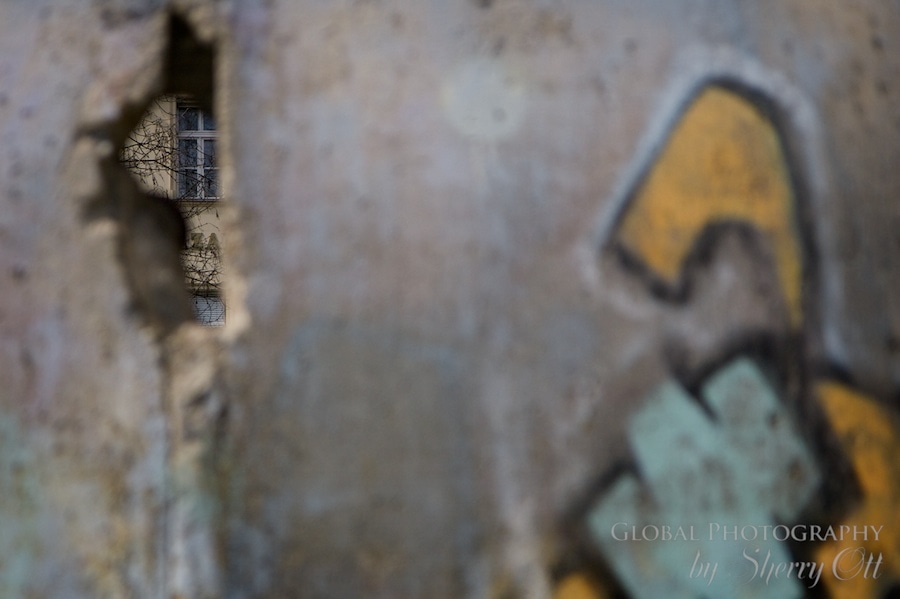 Inside the Nordbahnhof S-Bahn station the exhibition âBorder Stations and Ghost Stations in Divided Berlinâ This was one of my favorite exhibitions since it was actually set in an old ghost station. Ghost stations were subway stations that were completely closed between 1961 and 1989. They were heavily guarded since they were West German subway lines which ran through East Germany. Bricked up entrances, guard stations and elaborate escape detection systems – fascinating stuff. Itâs a small exhibition, and will only take you abut 30 minutes to go through in depth, but itâs well worth a stop if you want to learn more about divided Berlin. 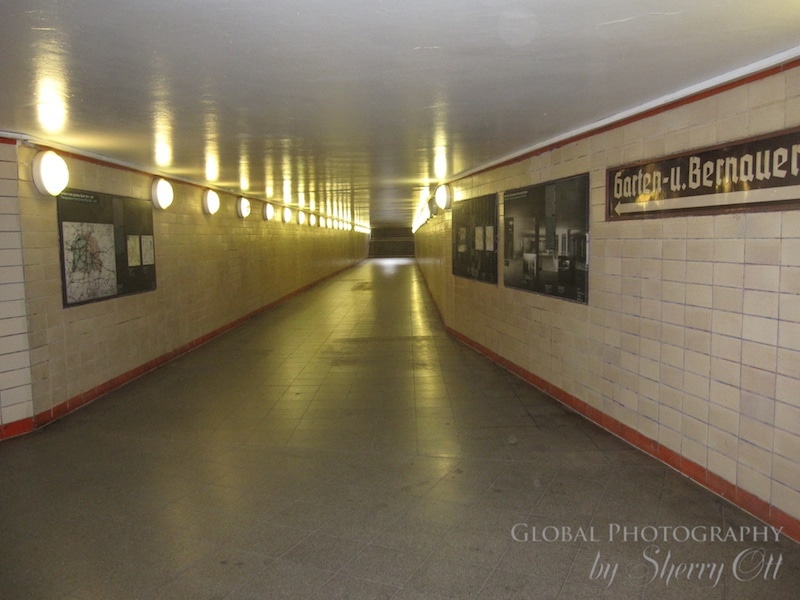 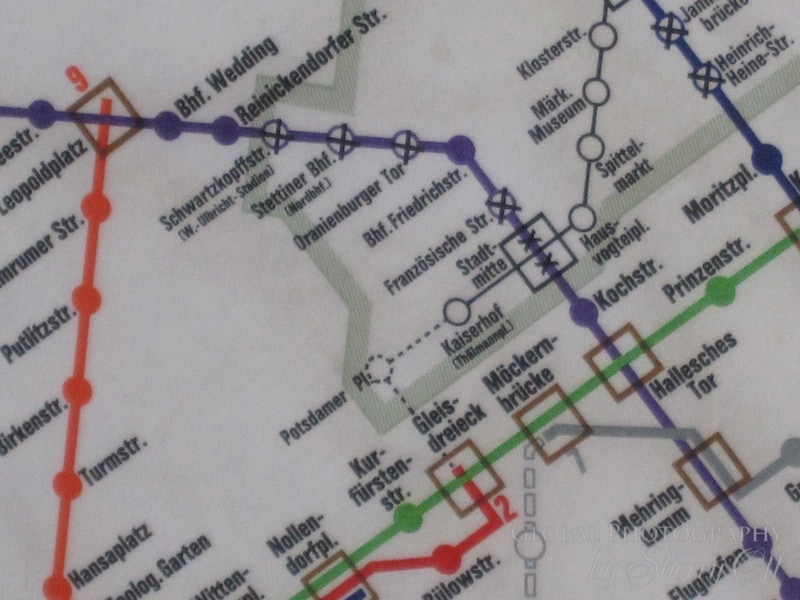 The old Subway map in Berlin during the Cold War

Context Tours offers a great walking seminar about Divided Berlin in their signature style â led by experts and docents from the area. It compares the architecture focused on the group vs. the individual. This four hour walk starts you in East Berlin at the Frankfurter Gate and provides you a complete rundown of the history starting in 1945 when Berlin was left in rubble. The talk covers rebuilding Berlin, uprisings, architecture, and city planning in both East and West Berlin. Buildings and roadways in East Germany were built with inclusion in mind to promote the new socialist society. While West Germany was showing their independence by building single family homes and living spaces which encouraged individualism. 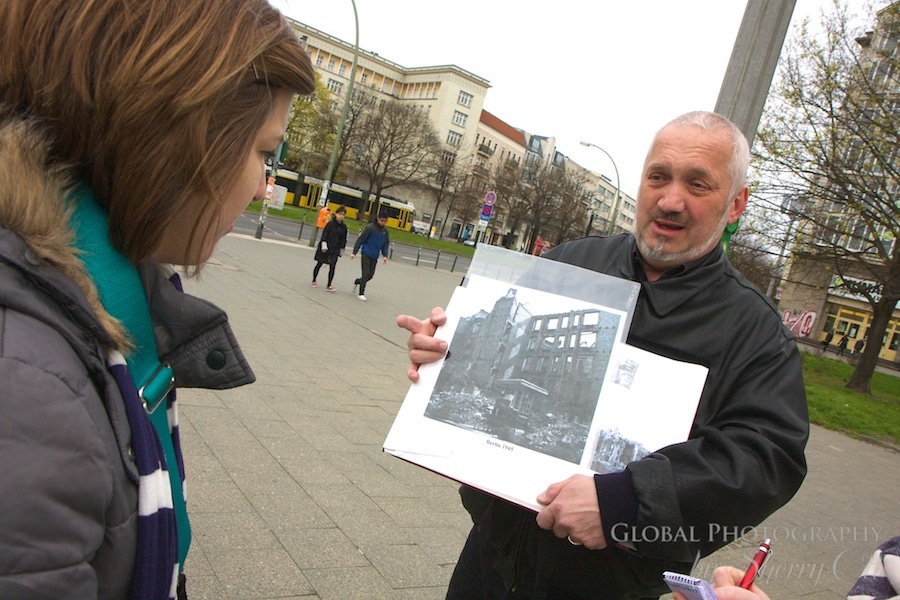 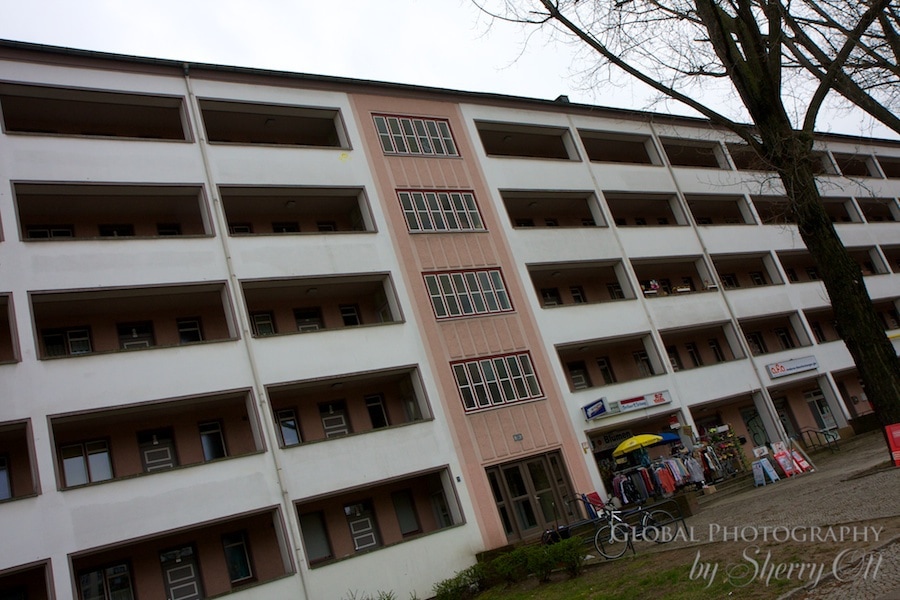 East German apartments and architecture built during the Cold War 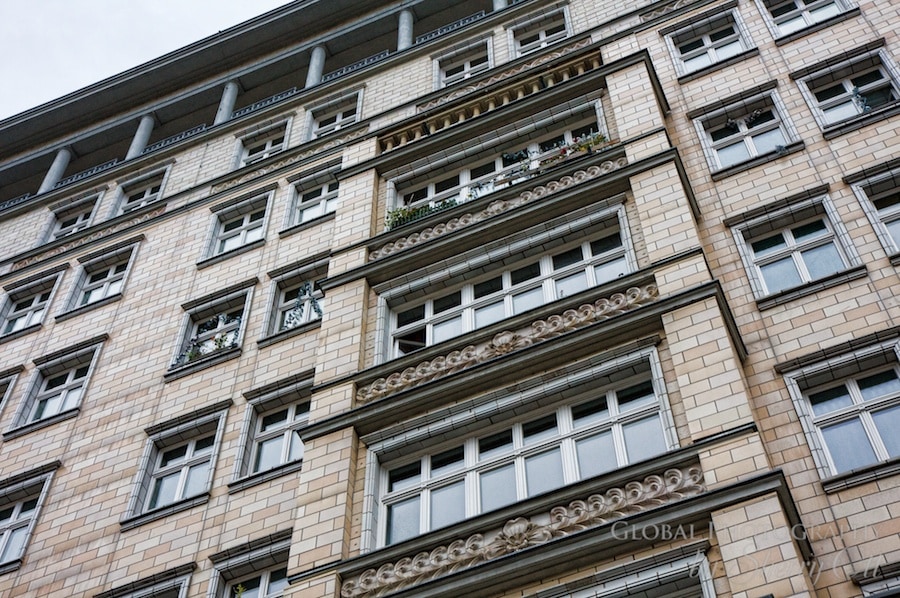 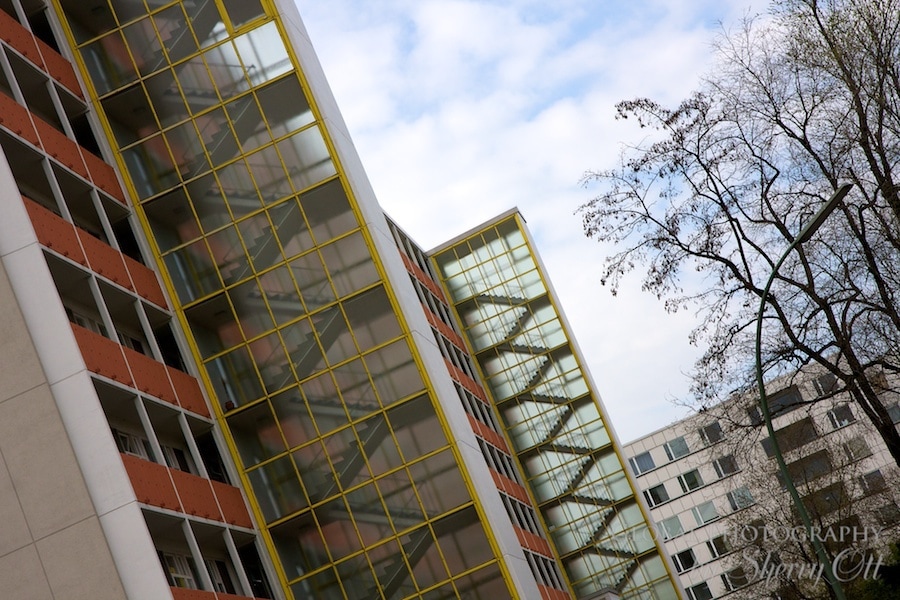 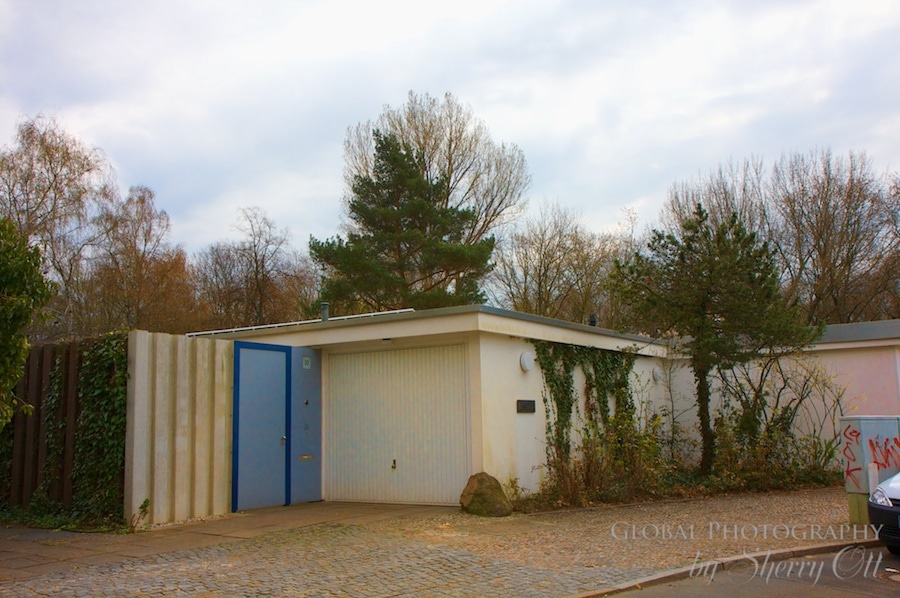 Much like 9/11 for Americans, every Berliner has a story to tell of where they were when the wall came down. My Context Tour Docent, Harry, told us a particularly moving story of how he found out the wall had come down on November 9, 1989 which led him and his friends to go to the wall that same night and jump over it to the other side for the first time in their lives. A GDR guard actually helped him over it. Engage in those conversations, you will learn a lot. I found that talking to people of all ages was fascinating especially those who were older and grew up in East Germany to learn of how they have adapted.

During the cold war there were many secrets – but the Stasi prison was a secret to be feared. Tour the old GDR prison and learn about the startling history from former prisoners as well as what life was like in East Germany.Â  Stasi Prison Tour and Memorial

Before you Go – Books 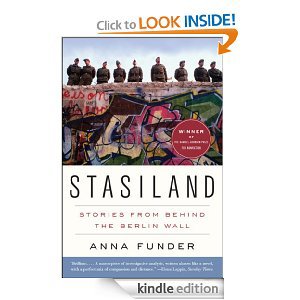 I bought this Kindle book and am still working on getting through it â but it will give you a great primer of divided Berlin before you arrive.

Stasiland Stories from Behind the Berlin Wall – Kindle Version

Stasiland Storied from Behind the Berlin Wall – book

This itinerary satisfied my desire to learn more about the Cold War history and the Berlin Wall â yet I donât think Iâll ever understand it.

Do you have any favorite sights in Berlin that focus on the Cold War that you’d like to share?Â  Please add them to the comments!

Disclosure: Thanks to Oh Berlin apartment rental and Go with Oh for hosting me during my time in Berlin.Â  However, all of the opinions expressed here are my own â as you know how I love to speak my mind!