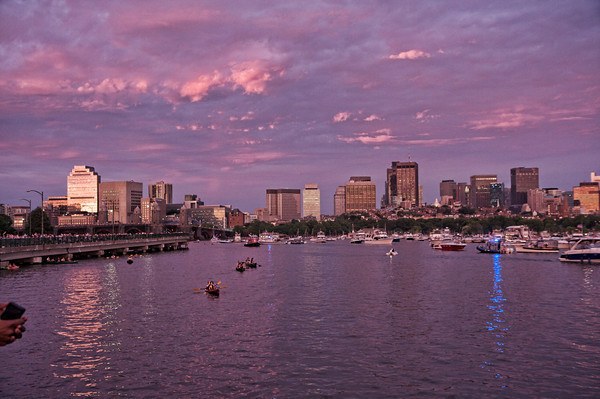 My first trip to Boston was only 12 years ago. I was 28 and was finally starting to venture out of the âsafetyâ of the Midwest. I was excited to see the city where American history came alive; I wanted to walk the Freedom Trail, see the where all the famous events took place from Boston Common to the North Church to Bunker Hill.

Not only was I interested in the old Boston, but at the time I was interested in the new Boston. Twelve years ago Boston was better known for the setting of the TV show Cheers than the Boston Tea Party. I, like many people, was a big fan of the Cheers gang; I was excited to visit the replica TV show bar.

My style of travel has certainly evolved in the last 12 years and now the thought of going where everyone else goes, or where everyone knows my name is about as exciting as going for a papsmear. With this trip to Boston, I was ready to get off the same ole tourist trail and seek out more unique travel experiences.

Boston is visited by millions each year walking the Freedom Trail, riding on Duck tours, watching the Red Sox, drinking at Cheers Bar, and sampling the famous clam chowder. If you are tired of doing what everyone else does, then itâs time to get off the tourist trackâ¦and onto the Ottsworld track to Boston! 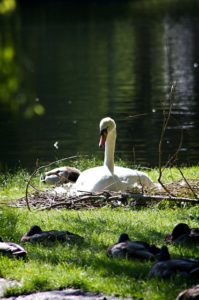 Why ride a metal car/boat when you can see the real thing? (yes, I know a duck is different than a swan â but they are both birds!) Stop by the Boston Public Garden (near BostonCommon) and youâll find some lovely swans, named Romeo and Juliet, nesting by the serene lake. Sit and watch the swans build and maintain their nest to keep the eggs safe. Granted â the babies may have hatched by the time you read this â but thatâs even more reason to go check out the young ones!

Skip the green monster and go see the sand monsters instead! Revere Beach in Boston hold a sand sculpting competition each year in mid July. The sand sculptures are evaluated using four categories: (1) degree of difficulty, (2) originality and creativity, (3) quality of sculpting, and (4) overall visual impact â and to the winner goes a $15,000 checkâ¦yup â it may not be a million dollar baseball salary â but itâs no small change!

Who needs Sam the bartender when you have the young tour guides of Harpoon Brewery behind the bar? The Harpoon brewery is located in South Boston at the seaport; an unlikely place for a brewery, but worth the trip. Tours are given on the weekends and only costs $5. The best part of course is the generous tastings you get to do on the brewery tour.

Clam Chowdah? Go for some soulâ¦food

Sure, we all know that Boston is known for sea food and especially their famous clam c

howdah. I was also surprised to find a soul food restaurant in the heart of the city called the Hen House. No seafood here, just chicken, waffles, BBQ and greens! Open late and night and delivering to your door you can have the brilliant soulful combination of waffles and fried chicken!

Freedom Trail? Follow the stars to the Southie Trail

Each day thousands of people walk the Freedom Trail, but not far from the Freedom trail lies a real melting pot of ethnicity and architectural landscape â South Boston (aka Southie). This is where the Irish and Italians originally brought their families to settle down into blue collar Boston life. Southie is the scene of many Oscar nominated movies such as Good Will Hunting and The Departed. If you pay close attention as you walk around the South Boston neighborhood, you may even start to pick up that famous Boston accentâ¦leave your râs behind and fit into the neighborhood!

Break away from the tourist pack and find some new travel experiences in Boston!