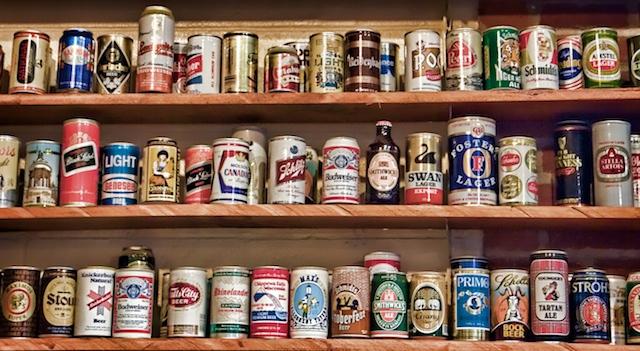 When you travel, your life is enriched in so many ways. Every time I travel to a new country and immerse myself in it, thereâs at least one thing from the âforeignâ culture I wish I could bring back and add to my own American culture. The concept of pulling the best out of each country and creating a âsuper-countryâ is kind of like a Hollywood script â unbelievable. However back in the 80âs 2 young guys taking a gap year backpacking in Europe did just that on a smaller scale; with beer.

Dan and Rich, graduated from Harvard and decided to go out and see the world, or more accurately go out and drink what the world had to offer. After backpacking through Europe, they fell in love with the beer culture, and upon returning to the US, they were disappointed with the beers in America. They did what any other beer lovers with a Harvard degree would do, they got their MBAâs and started Mass Brewing Company producing Harpoon beer. 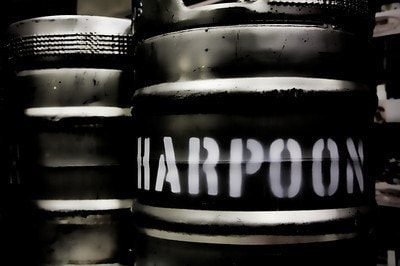 I was surprised to find out that only 1 1/2 miles from where Iâve been staying for the last 5 weeks is the home of Harpoon Beer. Since Iâm not from New England, I hadnât really heard about Harpoon beer before, but was surprised to find out on their website they are one of the largest specialty beer producers in the US and the 3rd largest brewer in New England. I also learned the brewery only runs tours on the weekend, so I decided I would do some âtravelingâ of my own, and walk the 1 Â½ miles to the brewery for the $5 tour.

I didnât need a map, all I had to do was follow my nose â to the smell of fish. The brewery is located in the Marine Industrial Park and seaport of South Boston. As I walked away from all of the cute little row houses of Southie, my surroundings quickly changed to long square-box buildings in various forms of disrepair. This also seemed to be the area where all of the bus charters came to rest when they werenât chartered. Amidst this collection of warehouse buildings, buses, construction, and a fishy odor stood Harpoon Brewery. I looked at my watch before I entered; it was noon, perfect, it was officially ok to be drinking beer.

At Harpoon you enter and exit through the giftshop. The good news is that the giftshop is not only full of gifts, but full or an amazing collection of beer cans. I could have stared at that wall for hours reminiscing about beers I used to drink, or beers my dad used to drink. They actually had a can of Red White and Blue beer. That beer used to grace the garage of my childhood home; case after case. No, we werenât a patriotic beer drinking family, we were a cheap beer drinking family. Soon they were calling me for the 12:30 tour and I was jolted out of my beer memories, and into the world of modern day brewing. 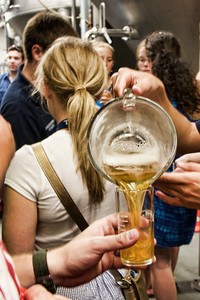 I paid my $5, showed my id and was ready to start learning about Harpoon brewing. As our small group entered the brew floor, I immediately noticed the company slogan painted on the wall of the brewery â Love Beer, Love Life, Harpoon. Not a bad motto. The tour provided the usual info on the brewing process; ingredients, mash, filtering, fermentation, bottling, and shipping. It was all great stuff told by young kids that barely looked 21 (seriously â did someone check their id?) but were clearly enthusiastic about Harpoon beer.

As we entered the fermentation area, we learned we were surrounded by 40,000 gallons of beer; I was in good company. They handed us each a small tasting glass and with a quick flash of a blowtorch, the guide sanitized one of the spouts of the huge fermentation tanks and started draining out unfiltered beer into pitchers for us to taste. We finished the tour with the kegging and bottling process and since our glasses were empty, headed back of the piÃ¨ce de rÃ©sistanceâ the tasting room.

Iâve been to my share of brewery tours, bourbon tours, and wine tastings but Harpoon had to be the most generous tastings Iâve ever done. Armed with out little tasting glasses, we had the choices of 12 different beers on tap and about 20 minutes to taste whatever we wanted. My college drinking gene somehow was awakened inside of me and I bellied up to the bar and plotted out my course of tastings. Iâd start with the classic IPA, move to the variety of unfiltered beers, sample the cider, and then to the dark stuff. 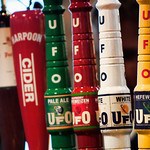 The tour guide bartenders had heavy hands when it came to pouring and my little tasting glass never went empty. The UFO beers (Un-Filtered Offerings) were some of my favorites. The UFO White was a distinct nod to Belgian beers with itâs spiced wheat flavor served with an orange, and the UFO Raspberry was a refreshing summer beer that even looked pink in the glass. However my favorite was the Harpoon Dark which reminded me of coffee; a mixture of coffee and beer is kind of like a little slice of heaven to me. I drank and drank while the young tour guides socialized and threw a few back themselves (a job with perks!).

All good things come to an end unfortunately. I found myself outside the brewery with an incredible beer buzz at 1:30PM. My inner college student was happy, but my mature 40 year old mind was telling me that I better get some food in my body quickly! I walked out of the smelly seaport area, into a hip warehouse district, and found myself the perfect cheeseburger. I of course ordered a Harpoon pint to go with it.

The Harpoon Beer story is just yet another story of how travel makes the world a better place. So what are you waiting for â get out there and go explore the world! You never know what you will find! 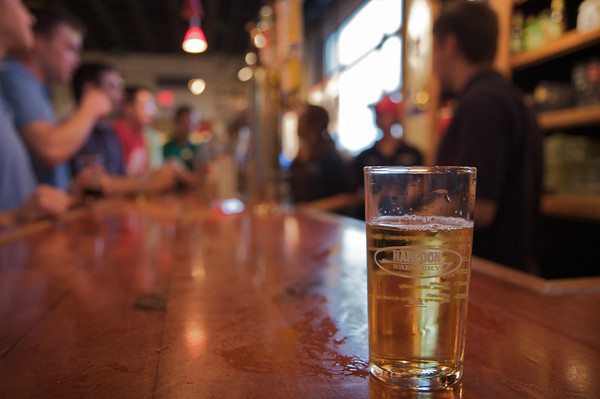 What things have you seen in your travels that youâd like to bring back to America to infiltrate our culture?