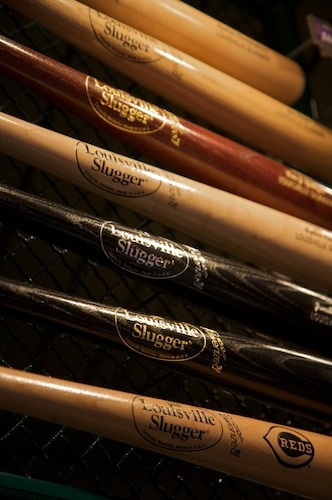 If baseball is Americaâs game, then Louisville must be Americaâs city. Why? Because one of the best-known baseball products comes from Louisville; a long rounded piece of wood we call the baseball bat. The famous Louisville Slugger baseball bats are actually manufactured in downtown Louisville and itâs a great stop for those visiting the area.

Since I was in town for the Kentucky Derby , I was able to take in ALL of the sites that Louisville had to offer. If you sense sarcasm in that last sentenceâ¦well, you were correct. I honestly didnât have high expectations for Louisville tourism. After all, I grew up in a town in Central Illinois that had many similarities in size and geography and their tourism was a joke.

I started researching Louisville on Twitter and found some great Louisville Twitterers that pointed me to some âmust-seeâ sites in and around Louisville. When I saw the Louisville Slugger Museum was located there my first thought was âDuhâ¦of course â why didnât I make that connection sooner?!â My second thought was , âI want to go there!â

I grew up playing a lot softball. I traveled all over Central Illinois playing on 3 different teams in the summers. It wasnât just me who liked baseball, but it was my entire family. Weâd make a family trip to St. Louis every summer to see a game at Busch Stadium, a highlight of our summer travel. We were Cardinals fans except for my sister who was in love with Johnny Bench and cheered for the Reds instead. 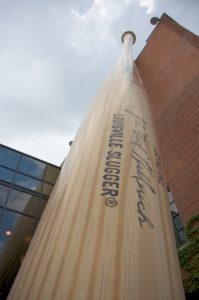 You canât miss the Louisville Slugger Museumâ¦mainly because there is a replica of a GIANT bat outside the building. The museum and factory is downtown, a somewhat unlikely place for a factory, but it was really convenient for tourism.

There was a small museum with old bats and various baseball memorabilia you could browse through. One of the highlights was an area where you could hold bats used by famous players. First you were required to put on little white cotton gloves, then a woman handed you Mickey Mantelâs baseball bat. There were four famous bats to choose from; my friend Kathleen chose Mickeyâs bat, and I opted for Johnny Benchâs bat to hold. I figured this would make my sister insanely jealous! Yes, sibling taunting is still going on in my family.

The museum was interesting however for $10 you could also tour the factory and see how they make bats. They were doing a lot of production that day, so we decided to see how a tree ends up in the hands of A-Rod. Each year 40,000 Northern With Ash and Maple Trees supply the logs for Louisville Slugger bats. That seemed like a staggering number of trees, but when we found out 1.8 million bats are sold a year, it seemed to make sense. 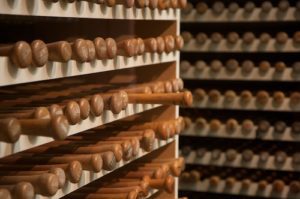 Rows of bats waiting to be used

The factory was completely automated and what once was done by hand, the cutting/carving of the bat can be now completed in less than one minute. We were also able to see them making bats for professional players to match specific dimensions they keep in a big database. That day they were making bats for the Phillys.

In addition they were making pink dipped bats for Motherâs Day. Each major league player gets two pink bats to be used for games played on Motherâs Day and afterward the bats are signed and auctioned off proceeds benefitting the Susan G. Koman foundation.

The tour also included a short movie about professional baseball and the art of hitting featuring Derek Jeter, Johnny Bench and more. Finally, you could special order bats and have your name carved into them. Overall it was a great two hours of entertainment for $10.

If you go to the museum, be sure to take some extra time and go around the corner to see another art form, glass blowing at Glassworks . One of the most surprising things about Louisville to me was the art scene, and glass sculpture is one of the popular crafts in the area. Glassworks has a viewing area where you can watch local artists create their masterpieces.

Louisville was full of surprises to me and exceeded my expectations in many ways. The only downside is the lack of public transportation, so be sure to stay in a hotel downtown if you want to be near the main tourist attractions and museums, or plan on renting a car.

Now Iâm ready to sit down with my box of Cracker Jacks on Motherâs Day and see Derek Jeter hold his pink bat which I watched being made in the factory! 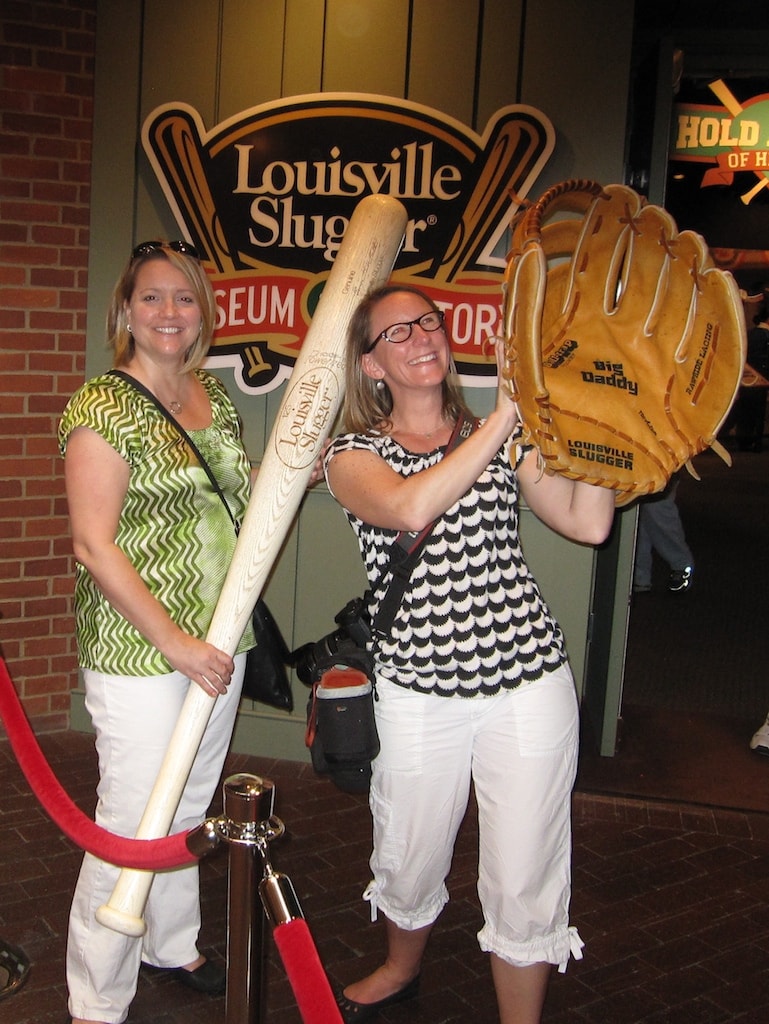