Kindness of Strangers Down Under 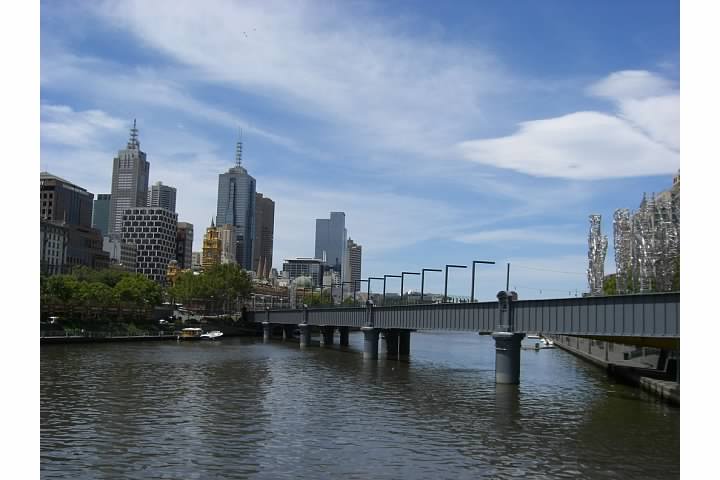 The mission in Melbourne was to eat, party, and shop…never mind that I have no money…I was willing to forget that for a few days. The good news was that I have a friend who lives in Melbourne, PK, and I enlisted him to show us the nightlife. I knew I picked the right man…he was good at finding the nightlife in NYC when I knew him – so I knew he wouldn’t disappoint me!

We met PK and his work colleagues the first night. We quickly learned the Melbourne tram system and made our way out to St. Kilda for Mexican food and drinks. Got home at 1:30AM.

The next day we spent the day wandering around little alleys of shops and cafes that make Melbourne such a cute town. This town had character – it was really charming. Every little alley way had a cafe or shop – it reminded me of Europe a bit. In addition – it was a very artsy town – there were great public art displays peppered all over the town. The architecture was a nice mix of old and new – it reminded me of Boston in a way.

That night we found some great nightlife and met up with PK and his gang again and danced the night away until 2:30AM. Day 3 we decided that we spent enough money shopping and we should instead take in the culture in Melbourne. We went to a few art museums. The Museum entry was free…what a great town! The museums there were very impressive – great architecture and nice exhibits. We met up with PK again for dinner that night in another part of town and enjoyed one last night of shak’in our booties until 4:30AM…just like NYC. Yup – I liked this town. 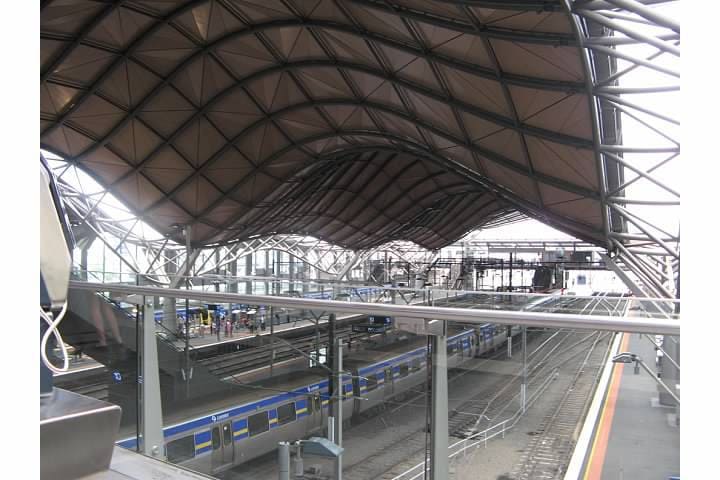 The next morning came way too soon and we had to drag ourselves out of bed to get checked out of our Melbourne hotels and make our way to wine country – Yarra Valley. We had a plan to take a taxi to the train, to the bus, to our Yarra Valley apartment – this should take us about 3 hours…not bad considering if we had just rented a car it would have taken us 1 1/2 hours. We loaded up all of our luggage and took off. Things were going really well – we made it onto the train – I was reading a magazine that Angie brought me and she was sleeping.

All of a sudden a train announcement came on and said that the train was stopping at the next station and we would have to take a bus for a few stops and get back on a different train. Now – by this time we had aquired a good amount of luggage – shopping was good in Melbourne – but it was heavy unfortunately. Racing off this train and up and down stairs to a bus was not my idea of fun. It was a really hot, humid day and the flies were out in force.

Side Note – I haven’t told you about the flies yet…but they deserve a side note. The flies in Oz are really one of the most annoying creatures on earth. I equate them with the flying monkeys from the Wizard of Oz movie…simply annoying and a bit frightening. There are tons of them…more than I’ve ever seen…and they are completely acclimated to humans. Humans to them is just like a cow…they land on your face when you are walking down the sidewalk…they have no fear. They don’t bite or anything…they just frickin’ annoy you until you are ready to tear your hair out. I’ve never seen such bold flies in my life – and don’t want to ever again. I now know why cows have tails.

The Journey to Yarra Valley Continues and Gets Worse

We caught a bus to the next train stop so that we can get back on the train and then get back on another bus and get to our apartment in Yarra valley. It’s even exhausting to read – isn’t it? Now add our 30kg worth of luggage (converts to aprox. 60 lbs) it’s a good thing we are both rather fit. However – by this time – I was hungover, hot, fly-ridden, hungry, and tired…a lethal combination for me. I was so ticked off by this whole ordeal I could hardly think. I call it ‘Traveler’s Rage’ – and I had it.

However while we were waiting on the bus to fill up so we could take off – I had a nice man strike up a conversation with me. He was a local and also a tennis umpire for the Australian Open…very cool guy. We got to the train station and got off the bus – I said goodbye to my new friend and we were trying to figure out what track to go to when 2 teenage punk rockish girls busted out into a fist fight in front of us…no joke. I felt like we were in Detroit or something – but we were in the suburbs of Melbourne…crazy. The train officials had to come over and break it up – I simply tried to avoid it. This was more violence than I had ever even seen in the NYC subway.

We found our track and had to wait for our train in the heat – and the flies. When the train came we lugged everything back on to the train and sat down. Some more kids that looked like they were about 12 and skate boarders were behind us…all of a sudden we smelled smoke and they had lit up and were smoking (something) on the train. My conclusion was that the youth around this suburb were really, really annoying. Great birth control.

I didn’t have the energy to say anything…plus – I had been trained that in NYC you just ignore people who are doing illegal things on the subway. So I ignored it. All of a sudden the guy next to Angie got up – walked over to the kids and yelled “What the F##* are you doing – you can’t smoke here – people are around”. He then sat back down next to Angie. I was damn impressed. The kids stopped. I wanted to take this man to NYC and see how he did there…but I was too intimidated to ask him to go – so instead we just said ‘thank you’.

While we were sitting on the train the lady next to me started talking to us. She asked where we were going and we exhaustively said – we are catching the bus from Lilydale to Healesville (Yarra Valley). She said that with all of the delays with the trains/buses that we may no longer be able to catch our bus to Healesville…ugh! When we arrived a the Lilydale train station – it looked like the armpit Australia. More hoodlum kids were walking around causing trouble.

However, our new friend Hennie led us to the bus stop and checked the schedule for us. Unfortunately she was right – we missed our original bus and now had to wait for an hour and a half for the next bus so that we could drive literally 20 minutes to Healesville.

This was infuriating to me…I could walk there faster…but not with this luggage. Hennie seemed to be very concerned about us and the fact that we had to wait around. We said that we’d be ok – no problem – and we bid her goodbye and many thanks for her assistance. We sat down in the hot sun and flies and basically bitched to each other about how this little trip had turned into a nightmare.

Hennie Our Local Angel to the Rescue!

Pretty soon we hear a beep…beep of a car and turn around and it’s Hennie…in a little white Fiat. She had come to pick us up and take us to Healesville! We were both stunned. We thanked her profusely and crammed all of our stuff in her little car and took off. Along the way we found out that she was 70 years old and loved to travel…my hero. She said that she had a prior engagement at the church but she just couldn’t bare to see us waiting there for a long time so she thought she would do her ‘good deed’ for the day and pick us up. What an angel. 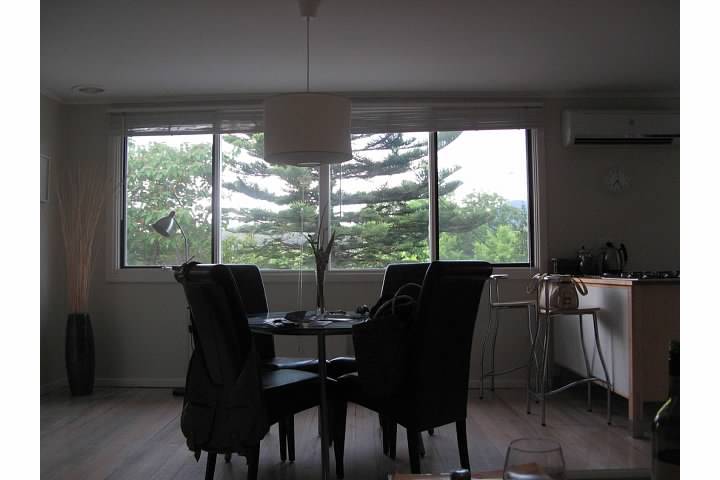 So – 5 hours after we left our hotel in Melbourne – we arrived at our apartment in Healesville and got settled in. The apartment was swank and charming – so we were both finally relieved to be at our destination. We went to the local grocery store to get some food and walked by a local bar at an old hotel. Live music was playing on the veranda so we decided to stop in and take a look – and get a much deserved cold beer!

Our travel day from hell had really taken a turn for the better. These are the types of days that I seem to remember the longest and enjoy the most. The ones that take you places where you never expect, and acquaint you with local people.

After we spent the next day in the Yarra Valley tasting wine – we got back to Melbourne (with no delays!) and we hopped a plane to Sydney. Our last stop in Oz was going to be the big city where our adventure will continue!