McDonalds and the RTW Traveler 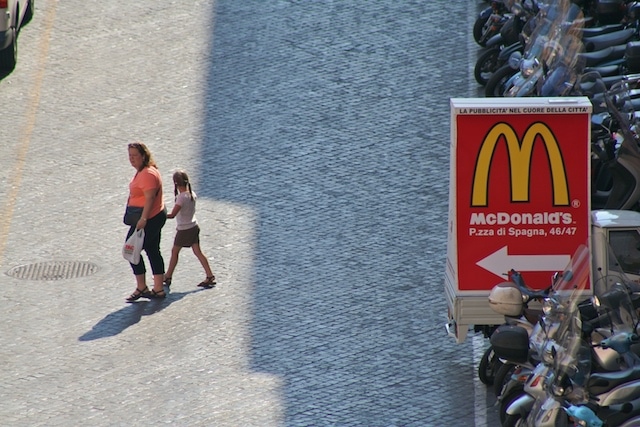 The McDonalds stigma is strong...

Eating at McDonalds in a foreign country does NOT make you a despicable traveler.

In all honestly â up until I took my career break and traveled around the world, I would have scoffed at that statement. I thought Americans who ate at McDonalds while traveling abroad were heathens; some lower form of tourist I was embarrassed to associate myself with.

As successful as they are, McDonaldâs somehow has a terrible stigma associated with it. Lazy, fat Americans going to McDonalds instead of trying a countryâs local food items is often a picture that is painted. People wonder âWhy go abroad?â if you are just going to eat at the same places you did at home.

However on the other side of the coin is the argument that there is something comforting in knowing what to expect and having something familiar. This is how I found myself in a McDonaldâs in Luxor on one very hot day in July. I had been on the road for 11 months and had been in Egypt for a week touring temple after temple. The problem with thisâ¦Iâm not a âtemple personâ. They donât really excite me. Sure â I wanted to see the pyramids, but the other stuff was just âextraâ. 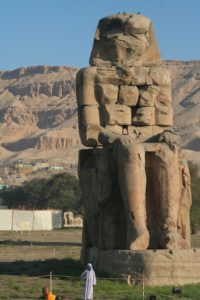 So when the group I had been traveling with all started lathering on sunscreen and getting ready to leave to see the Luxor Temple, I decided to be different. I didnât want to go to the temple. Instead, I wanted some âme timeâ, I wanted to sit and be lazy and not explore; a vacation from my around the world travel. After nearly a year on the road, I felt like I deserved this lazy day. However, I took it one step further, I wanted a hamburger; a ârealâ, American hamburger with pickles, onion, ketchup and proper yellow mustard.

After my friends left to dig further into Egyptian relics, I left in search of American greasiness. I had remembered walking by a McDonalds the night before and it must have triggered a craving in meâ¦one that wouldnât let go.

I walked inside aware of my caucasian skin and for a moment I wondered what other people thought. I wished I could be invisible. However that moment lasted about 2 seconds â until the freezing cold air-conditioned air mass hit my body and I stood motionless just soaking it in. I walked up to the counter and ordered a Big Mac, fries, and a coke. I sat at a table with my many ketchup packets and enjoyed my greasy American feast while listening to old Paula Abdule songs being pumped through the speakers. I savored every moment of this familiar feast. A familiarity I hadnât had in a very long time.

Yearning for the familiar when you are on the road long term is normal. After all, you spend the majority of your time constantly trying to figure out how to communicate and get around in an abnormal environment; itâs exhausting. I never really got homesick while I traveled for 16 months, however I did have these moments where I just wanted it to be easy for a few hours or a day; and those days were apparently a good day to go to McDonalds. I think I can count on one hand the number of times I went into a McDonalds, but they were all pretty memorable to me.

I sat in the McDonalds in Luxor Egypt, enjoying my alone time; a time when I didnât have to think. There was just one last thing I had to do with this perfect lazy day; order a hot fudge sundae.

Ok â time to confessâ¦how many of you long term travelers have went to McDonalds while on the road?!

86 Responses to "McDonalds and the RTW Traveler"