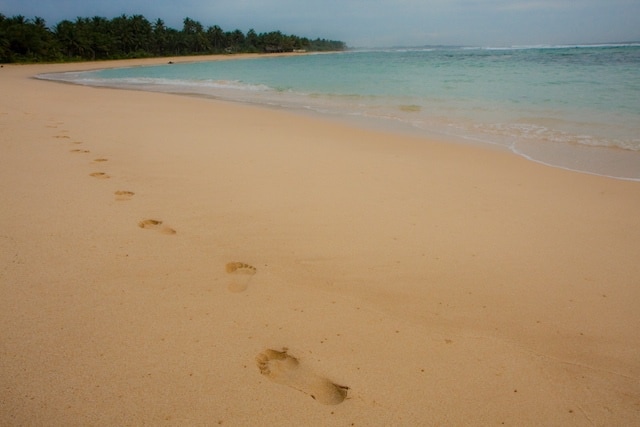 After 26 days traveling with my father in Nepal, we parted at the Delhi airport. I found myself choking back tears as I gave him a hug and we parted. I was traveling solo again. Why was I, a person who typically does solo travel, crying about being solo again? I wish I knew. I kind of chalk it up to being an overly emotional person. However I think itâs always hard when you get used to spending time with someone for a month and then they leave again and you are back on your own; no one to lean on but yourself. Thereâs a period of sadness that goes along with that.

Donât get me wrong â I love solo travel for many, many reasons. However, itâs something that you have to adjust into and find your rhythm. Every time I strike out on my own I have to get used to it again. 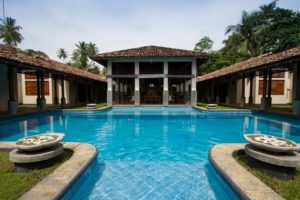 I was headed to Sri Lanka, another new country to mark off my list! However, I wasnât merely going to give it a check mark; I was heading to Sri Lanka to hit the beachâ¦in luxury. I have friends from Vietnam who own a large beach villa in Sri Lanka called Auraliya, and when they heard I was traveling to Sri Lanka they kindly offered the villa for me to stay at in exchange for some photography they needed for future marketing.

I arrived in Sri Lanka around midnight and still had a 3 hour drive ahead of me to the villa just south of Galle. I made it through customs and I stared around confused at the appliances for sale in the airportâ¦something I had never seen before. Magazines yes, dish washers no. I looked past the refrigerators, stoves, and washers, and saw a man holding a sign with my name on itâ¦bingoâ¦that was my driver. I got in the comfy car, he gave me a pillow and I slept for the next 3 hours until we pulled up at Auraliya.

I felt as if I were Dorthy, who had fallen asleep and been transported to Ozâ¦a very luxurious Oz. A man in a sarong welcomed me, and kindly led me through an entrance down a long walkway and into a room. I could hear the waves crashing and smell the sea air. My day of travel had sucked the energy out of me and I went straight to bed.

All of this for Solo Me? 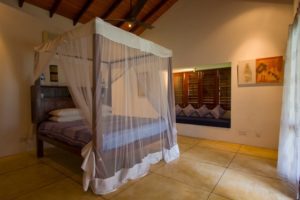 Waking up in Luxury

The next morning I looked around the room in amazement, luxury was an understatement. I proceeded open up the blinds to have the beach and crashing waves meet me as if they were personally saying âGood Morning Sherryâ. I wandered out of the room into the open air pathways when a big, floppy black lab came to greet me. She bounded down the pathway and gave me a good licking; this villa came complete with a loving, loyal dogâ¦talk about perks!

I went to one of the large dining pavilions and was greeted by the same man who greeted me the previous night, Sunny. What a perfect name for a perfect place. He motioned for me to sit down at the long 12 person dining table in which there was one little place settingâ¦just for me. I felt a bit dwarfed as plates of fresh fruit, eggs, breads, and bacon were placed in front of me. I felt like Imelda Marcos having shoes paraded in front of meâ¦it was surreal.

As I sat and ate my beautifully carved fresh fruit, drank my strong coffee, and stared out across the long expanse of table towards the crashing waves, I thought, âIt sure sucks to not have someone to share this with.â I imagined how amazing the place would be with my friends or family surrounding me at the table with witty banter and mimosas flowing. But there was just me; and 11 empty chairs. However I did have a beautiful black lab at my feet waiting for my next move to follow me wherever I went. 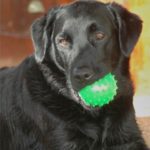 I sat with Sunny and planned the rest of the menu for my 5 days at the villa. There was actually a staff of 5 people running the villa and they made food to order. Once I chose a menu, theyâd go shopping and get everything they needed for the weekâ¦including beer.

Letâs go through the math â 12 chairs, 6 bedrooms, 5 bathrooms, 5 staff of people waiting on me, 3 pavilions, and 1 dog; I felt dwarfed. Needless to say, I never wanted for a thing. I finished a drink and someone was at my side asking if I wanted another. I got up to go to the sitting pavilion and the dog dutifully followed me. I set down an empty glass and it was whisked away before it hit the table.

That first day I laid around in âluxury shockâ â this isnât the normal way I travel; it took a bit of getting used to. However I also managed to get out my camera and start my process of photographing the grounds; as the dog, Kala, followed my every move. I felt a bit tired and sluggish and wasnât sure if it was due to all of the attention lavished upon me, or if it was because just a 3 days ago I was hiking in the Himalayas and now I was walking around at sea levelâ¦maybe my body was in shock. 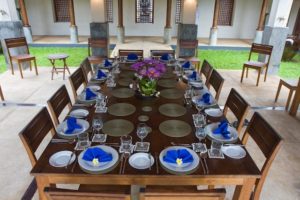 However as the day went on, a headache came on, I was exhausted, and felt achy. This was the beginning of something serious. Why oh why did this have to happen nowâ¦when I was in my villa of luxury? However, in some respects it happened at the best time. Being sick and alone with a staff of people waiting on you and a sympathetic dog is better than being sick and alone in a hostel bunk bed.

For the next 5 days, I walked around in a daze with a fever, sinus headache, and generally feeling of death. Did I say I love traveling solo earlier? Well, I meant to say love traveling solo unless Iâm sick. Then the love morphs into a pathetic mound of self-pity. For some reason â the only time I really ever get homesick when I travel is when I get sick. As a solo traveler, when you are sick, thereâs no one to lean on, and it triggers a longing for me that I have a hard time dealing with.

The staff tried their best to make me feel comfortable; I had ample places to choose from to lie around and take naps. I finally felt lucid enough the 3rd afternoon to take a tuk tuk into town to go to the pharmacy. The pharmacist listened to my ailments and told me to go see a doctor in fear of me having H1N1. I bought some cough drops, Panadol, and tiger balm instead and went back to the villa defeated. The staff continued to try their best to make me feel better. I started trying all of the local remedies â they would put me under a sheet with boiling water to try to steam the illness out of me. They would bring me âspecialâ mixes of herbal tea which did seem to help a bit. I think the staff were amused I would try all of these âlocalâ remedies â but when you feel like death â youâll try anything.

I was alone; alone in paradise. I couldnât really even enjoy the amazing surroundings I was in properly which sent me into more of a funk. I promised myself I wouldnât worry about it and instead one day I would have a âdo-overâ and come back to Auraliya villa to take walks along the beach and hopefully next time be surrounded by friends and family!

By the end of the week, I had left the villa onceâ¦and walked on the beach twice.
Iâm absolutely fine traveling alone until sickness strikes, then I just want my momâ¦funny how we never get too old to want our moms to take care of us. In lieu of my mom, a generous staff of locals and a dog will do.

All of your solo travelers out thereâ¦what do you do when you get sick on the road?

If you are interested in learning more about renting Auraliya villa for and unforgettable beach stay with family or friends â check out the website at www.auraliya.com