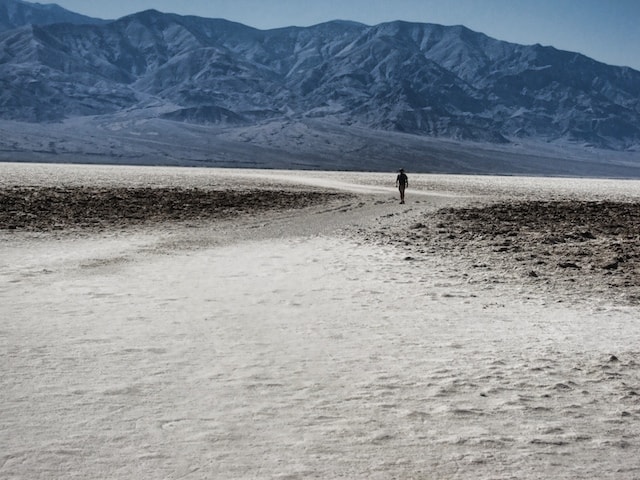 In todayâs society the idea of undying loyalty to an employer is quickly changing. I think I notice this most in the generation behind me, Generation Y. But the change began in my generationâ¦X. Most of us donât have pensions, instead we have 401Kâs, we quickly learned that we had to take care of ourselves and normally couldnât depend on our companies to do that for us. Because of this and many other factors, we started to move around to different jobs, better positions, and yet another rolled over 401K plan. However, the one thing that remained despite this new âchange is goodâ attitude was that GenXers were always in a hurry. So much of a hurry that we seldom took time in between our jobs to relax, breathe, or recharge. Instead â we move right on from one cubicle address to the next â sometimes without even a day off.

I was guilty of this when I still held a typical corporate career. I moved companies 4 times and it took me across the country twice. I always seemed to fall for my new employers pleas of âWe need you right away, can you start immediately?â I loved being wantedâ¦so I agreed. I never really had a break as I moved from job to job and up the ladder. Maybe thatâs why I imploded in 2006 and took off on this now 4+ year career break!

Even if you canât take a traveling career break at this moment, you can still take advantage of the time you have between jobs . This is exactly what my friend Steve did. He called me when I was in Belgium and told me he was moving jobs. This was no huge surprise since as long as Iâve known Steve â heâs moved around in his career. However, this time he was going to take 3 weeks off between the old and the new jobâ¦.yeahâ¦sanity crept in!

He asked me if I would join him on his miniature career break and doing a photography and road trip through the national parks of the Southwest. I didnât have to weigh the pros and consâ¦I just said âYes! Iâll go!â And thatâs how Park-a-Palooza began. 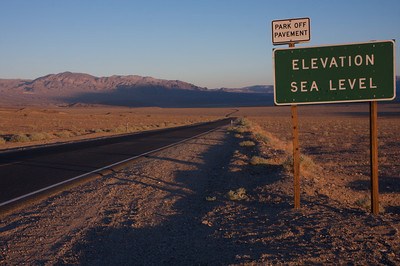 We met in Las Vegas Briefcase and Backpack style. I of course represented the âbackpackâ carrying everything I owned on my back, and Steve arrived from his business class tickets, and promptly got us a Starwood Premier room upgrade. Hmmm â I think I was going to like traveling briefcase style for a week!

We began our road trip by going under the seaâ¦level that is. After a briefcase style room service breakfast, we gathered up all of our photography gear and sunscreen went to Californiaâs Death Valley; a drive to hell. However, the drive out of Vegas was actually quite beautiful; red rock cliffs, empty roads, and the occasional cactus.

After stocking up on Gatorade at one of the last towns before the park entrance, we entered the valley and the temperatures began to rise. We made our way to the visitor center; the rangers there were great offering information about roads, distances, and where the best places to go at specific times of the day for photography.

Weather:
Death Valley is aptly named; itâs the driest, hottest, and lowest spot in North America. On average is has 2 inches of rain a year! What a difference from my life in Vietnam where the average rainfall was 71 inches! But the two places did have one thing in commonâ¦the temperatures. While we stopped at various sites in the Valley, every time we got back in the car and blasted the air conditioning, we marveled at the outdoor temperature gauge maxing out at 117 degrees that day – definitely hellish.

Then there was the wind. With nothing to stop it in the valley â if felt as if the devil was pointing a hair dryer on full blast directly in your face. It was so windy at one point my glasses blew off my face!

The sun was unrelenting. We chugged our Gatorade, reapplied sunscreen and chapstick frequently, and sweat profusely. But to see this desolate, yet beautiful terrain, it was worth it. You canât help but take in the views and the heat and wonder how the settlers crossed this land.

The Rangers were also a bit unrelenting that day as we were pulled over for not making a full stop at the stop sign in the parking lot. Luckily we didnât start our Park-a-Palooza road trip with a ticketâ¦but only a warning.

Sites:
The first thing to realize about Death Valley is that itâs huge. Once we realized it was over 130 miles long we knew we wouldnât be able to see everything in a day. In addition, many of the roads were only open to 4 wheel drive vehicles and our little rental car didnât qualify.Â  However, we were still able to see a number of sites.

Zabriskie Point â a great view of the valley as it sits high above the valley floor.
Golden Canyon â a short, but very, very hot hike into the canyon. In the middle of the day there is absolutely no shade! We gave up at halfway! 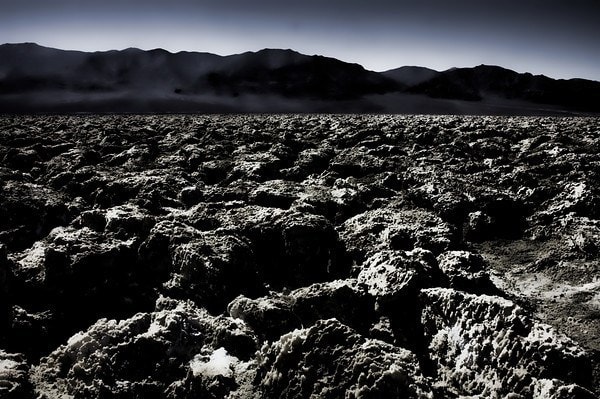 Devilâs Golf Course â One of my favorite places in the park. See the jagged spires of eroded rock salt â eroded from the powerful wind. It definitely felt like the Devil lived there! 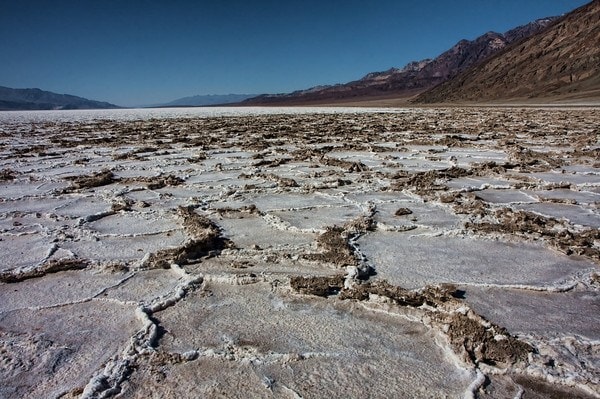 Badwater Basin â the lowest point in North America at 282 feet below sea level and some of the coolest salt flats Iâve seen. If you can deal with the heat and wind, itâs worth it to walk a ways out onto the flat and get off the beaten track a bit. As I walked out further than anyone I saw, I got some of the best photos. 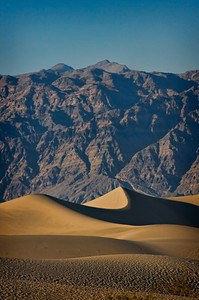 Mesquite Flat Sand Dunes â These dunes rise out of nowhere and are surrounded by jagged, rigid mountains. They take on a orange glow as the sun sets on the valley.
Desert Turtles â as we were driving out of the park that night â we came across a ‘crossing sign’ with an image of a turtle on it. We both looked at each other and thought â there are turtles out here?! The whole ride home we debated the plausibility of it. Yet after a bit of research, we learned there were indeed desert turtles! Maybe on your visit, youâll actually see one.

We made it to hell and back (to Vegas); Steveâs miniature career break was off to an excellent start!