Acts of Kindness in Jordan 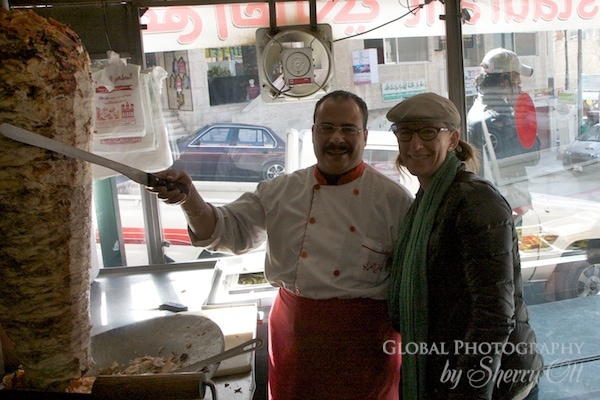 Expect to be questioned when you go to Jordan.
Of course you will be questioned by your friends and family as to why you would go to the Middle East, but you will most definitely be questioned by the locals when you arrive in Jordan. You will stand out as you walk down the streets, people may even stop and stare, and then the first question you will hear is, âWhere are you from?â
You will answer them, and the next youâll hear this:

Jordan surprised me in many ways, but the most surprising thing was the generosity, kindness, and openness of the people. It started with the family I lived with but it continued to every person I met. 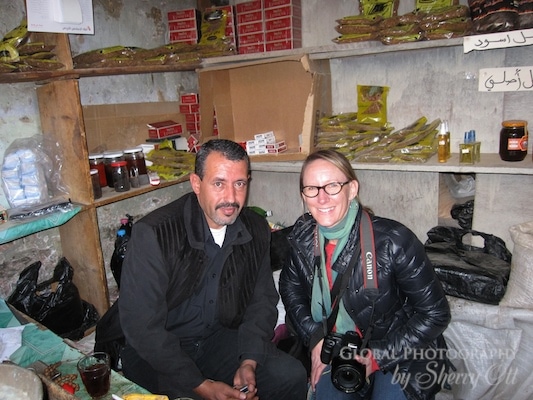 The first time I took the bus on my own was an exercise in kindness. The local bus system is not designed for tourists, or any people who canât really read Arabic for that matter. There is some sort of prescribed route to the bus, but there are no specific bus stops. You simply stand by the side of the road and flag it down as if you were hailing a cab; a big yellow speeding cab full of people. This sounds quite easy â right? However each bus looks the same and has some sort of sign written on it in Arabic regarding itâs final destination. If you donât read Arabic, you have no idea which bus to try to flag down. I was trying to get home after dark and had no idea which bus to get on. I walked up to an older gentleman who was standing on the road looking as if he may be waiting for a bus. I asked him if the bus to Fuheis stopped here and he said yes.

His next question was predictable, âWhere are you from?â We went through the whole standard exchange of information and that was it; we were now the best of friends in a few short sentences. However, I was not only his friend, but I was his personal obligation. It was dark, and it had started to rain, yet he stood with me for 25 minutes passing up the bus he needed multiple times in order to ensure I was put on the correct bus. Buses came and went and he asked each one if they were going towards Fuheis in vain, and each time he reassured me and continued waiting with me. Finally, we had a âYesâ, and he put me on the correct bus and made sure that the young man taking the money knew exactly where he should take me.

The bus kindness was frequent. After being asked the question of where I was from and getting my standard welcome from strangers, I had people frequently pay for my bus fares, and I even had a person ride with me all the way from another city to just make sure I made the transfer correctly and got home safely.

It didnât stop at the bus, it was everywhere. 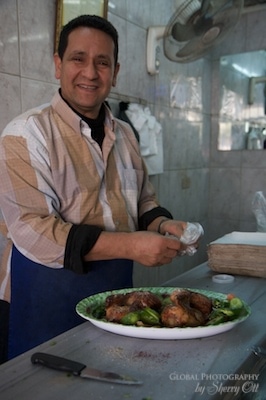 I went walking around the town of Fuheis one day to pick up some fruit and I walked by a falafel and chicken stand. I stopped to watch the man swiftly slice up a roasted chicken and prepare a feast for some lucky patrons, and before I knew it someone was handing me a can of Coke and asking me to sit down and join them in their lunch. In most other countries I would have kindly passed on the offer, but in Jordan I hesitated for a slight moment, thought about the situation, said âThank youâ as I smiled, accepted the Coke, and sat down. The group of young men ordered more food for me and we talked in choppy charade English for an hour and ate lunch. The owner of the shop joined in and brought us tea with a big smile. After lunch was finished, I asked in vain if I could âchip inâ but I knew the answer; they would never let a foreigner pay. I thanked them profusely, left, and went home. No one tried to get anything more from me, no one tried to hit on me; it was an actual genuine casual lunch between new friends.

As I walked around the charming town of Salt I stopped and looked at the tobacco store and the man started a conversation with me in his broken English. Soon I found myself sitting in the store, learning how to roll cigarettes, and conversing with many people. They all normally wanted to know about my life, and of course what I thought of Jordan. They made me tea and had me taste sweets. I sat in the tobacco shop for 40 minutes simply socializing.

I was in a compact residential area taking photos of the sunset and a woman was parking her car. As she got out of the car our eyes met and we exchanged greetings; she was clearly coming home from work carrying a briefcase. She started to go up the stairs and I continued shooting; then she came back to me and asked me if I was from Germany. I explained to her my origins were German but that I was American. She continued to ask what kind of camera do I was carrying. She said she used to have a camera like mine, but it was stolen. I thought the conversation was done there as there was a long silence as I nodded in empathetic understanding to her news of a stolen camera. Then she asked, âWould you like to come and have tea in my house?â I looked at the soft, diffused sunset light and weighed out the pros and cons of missing the pictures vs. a unique cultural interaction. This was an easy decision â cultural interaction! I went with her to her home, she introduced me to her brother and the three of us sat for 45 minutes having tea and talking about our lives, politics, and travel. This was completely normal in Jordan

These acts of kindness came from men, women, teenagers, Christian, Muslim, Egyptian, Jordanian, poor and rich. The most incredible thing about all of these interactions was there was no ulterior motive. Not once was I asked to buy anything, pay for my share, asked to hire people as a guide, or hire their cousin as a guide; it was completely selfless and utterly genuine. I think that was the most surprising fact about the people of Jordan. 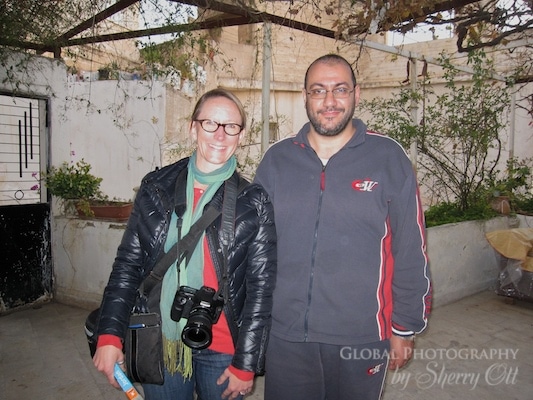 Maybe this sounds normal to those of you who donât travel internationally; however for those of you who do travel internationally, hopefully you can see how unique this is. In most countries as a solo female traveler I have to put up my guard warding off advances from local men, firmly telling people I donât want to buy things, and in some places actually have to blatantly ignore the barrage of people trying to get my attention for their financial gain. It has made me a hardened traveler and it is the thing I dislike the most about travel. I donât want to be the mean person who ignores others. But the fact is that in most every country Iâve gone to, Iâm not seen as a interesting traveler who may be cool to interact and exchange cultures, but instead Iâm seen as a walking dollar bill. That process of being seen as an object and not a person gets tiring when you travel as often as I doâ¦really tiring. This is why Jordan was a breath of fresh air for me. I can safely say that it was the most genuinely generous country Iâve been to â from random shopkeepers on the street, to business workers, to the family I lived with. Jordan built up my trust in people again.

A good demonstration of what Jordan is all about is a story I was heard retold often. Jordanians were proud of this story â very proud. While I was in Jordan, it appears the whole Middle East disrupted in turmoil â Tunisia, Egypt, and Yemen. This unrest also bubbled up in Jordan, however during the demonstrations in Jordan against the government, police handed out juice boxes and blankets to the demonstrators. Granted â Iâm not naÃ¯ve enough to believe that this is always the case, but I loved how people recounted the story numerous times to me; they were proud of their generosity in Jordan.

Then there was the kindness of my host family and specifically Etidal â who could be my sister â but took care of me like a mother. Cooking, cleaning, laundryâ¦She was a full time act of kindness. 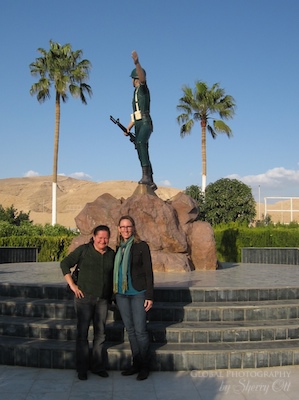 All of this unexpected kindness got me thinking, what if we all started asking âthe questionâ â thatâs right – all you New Yorkers, Chicagoans, DCers, San Franciscans, and Nebraskans â what if you saw someone who was visiting your city or needed help and asked them where they were from and then welcomed them (genuinely) to your city and helped them? What if you simply let down your guard and invited them in for coffee and gave them help? Itâs an interesting thought; one that we should all think about. I for one intend to take a lesson from Jordan.

What countries have you been to where you were overwhelmed with kindness from complete strangers?

Consider an act of kindness for our Mongol Rally

61 Responses to "Acts of Kindness in Jordan"