Running Into My Past 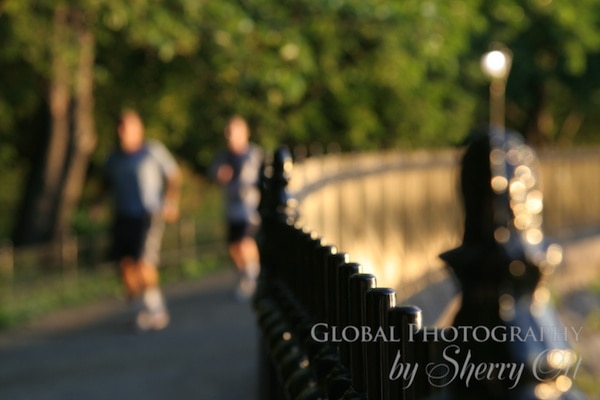 My old speed training loop in Central Park at the Reservoir

I was breathing heavy, lumbering along in the thick August air of NYC, I felt like every time my tennis shoe hit the ground it was heavy, as if I was a horse carrying a large load. And then they ran by – light, airy gazelles in the form of NYC runners. A pack of slim men and women racing by doing speed work around the Central Park Reservoir. Their bodies glistened in sweat; they were talking to each other effortlessly as they sped by me. Their feet were light, their bodies lean, and soon they were out of my sight.

I had a flash, a lightening bolt memory that struck my brain and said â âThat used to be me.â

Despite the electrical charge in my brain, I kept lumbering along on the trail in Central Park. Â I used to run this trail daily 6 years ago when I lived and worked in New York City. My mind meandered deeper into memories – I thought of the running club I belonged to, the shape I was in, my busy sleepless NYC days/nights, how fit I was. For a moment there was a pangâ¦a familiar tightening of my stomach, a flash memory of who I used to be. Â A dark, downward feeling came across me as my pace became even slower and my breathing heavier. 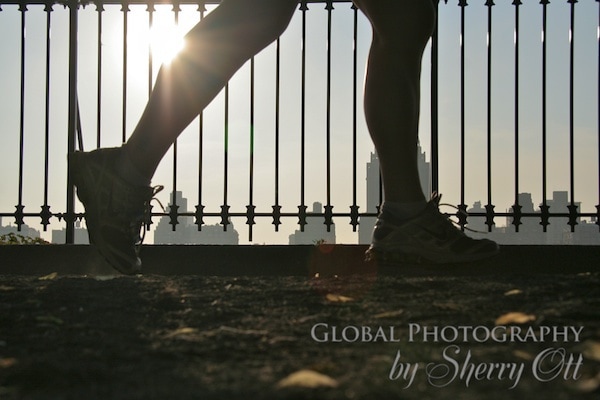 Shedding light on my past and future

And then as quickly as that darkness hit me, I suddenly thought of those fast pack of runners and I wondered where they had been in the world? Had they seen what I had seen, had they experienced the vast beauty and simplicity of Mongolia, had they ridden a motorbike in Vietnam, had they lived with families in Nepal, did they have a immense net of friends from all corners of the world, did they appreciate every cent they earn and every possession they had? Sure â they could run fast and had healthy bodies, but I wondered if they were free, if they were happy , if they were healthy and joyful in the mind. Did they chose to exercise their free thought and look deep inside themselves and know what it was they loved.

But I do know the answers for me.

I made it 3 milesâ¦slowlyâ¦but I made it. I thought more about my past life in NYC and in Central Park. Then I remembered that I was wearing my Expedition Trips hat which has turned into my running hat over the past few months in all parts of the world. I touched my hat and thought of my adventures yet to come.

Who needs to look back when you can look forward?

Not everyone needs to be gone for 6 years – but if you’d like to learn more about how to simply break away and travel for an extended time and potentially change your life – then don’t miss the chance to learn how to go about planing and taking a career break at Meet, Plan, Go! October 16th! Â I’ll be in my old stomping grounds – NYC for the event – please come out and meet me Â – I’d love to meet you all in person!

9 Responses to "Running Into My Past"