Iâve been around a lot of farmers in my life. Both of my grandfathers were farmers, and many of my uncles. Abigail Carroll doesnât fit the normal farmer role; she studied French and Spanish literature in college. Abbey may only have 6.8 acres to farm, but she is definitely a farmer. She uses a little skiff boat instead of a tractor, and she harvests year round.

Abbey is an oyster farmer in Maine and started the Nonesuch Oyster Farm in Scarborough estuary, just south of Portland. As she shucked oysters for me and I slurped them down she admitted âI maybe ate oysters 3 times a year (prior to starting the business), itâs not my âgo-toâ seafood, I donât really eat them.â

Itâs understandable that I gravitate towards people with unconventional paths because thatâs the path Iâve taken myself. I could have sat and talked to Abbey for hours about the ups and downs of trying to start an oyster business, but I was also just as fascinated with how she got there and where sheâs going. 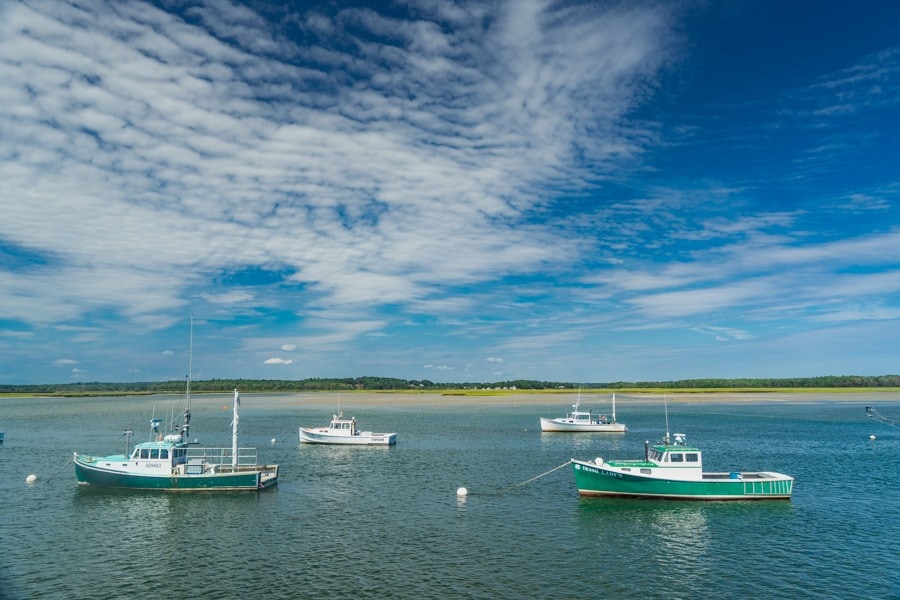 She never planned to be an oyster farmer. She grew up in the Scarborough area so she knew her way around the estuaries, but tended to get seasick in the open ocean. She studied French and Spanish literature for her undergrad and went on to studying finance in grad school. She worked for telecom startup in Paris, then became a day trader while still living in Paris dating a Count. Not the typical route to âfarmerââ¦right?

She had a clean and easy life in Paris, but something was missing. After a few setbacks in Paris on the life and relationship front, she decided to come back home for a visit and mull over that popular question âwhat am I going to do for the rest of my life?â A daunting question that we all probably struggle with. I know I didâ¦and honestly still do.

While at home in 2009 a friend asked her to do a business plan for an oyster farm idea he had. She said sheâd do it, but âI wonât get my hands dirtyâ â famous last words. The guy backed out and she invested her own money in the research and found herself owning the plan and the farm.

She then did the only thing she knew to do â take action. She followed her fatherâs advice and âcowboyed upâ. âI bought waders and started farming oysters.â 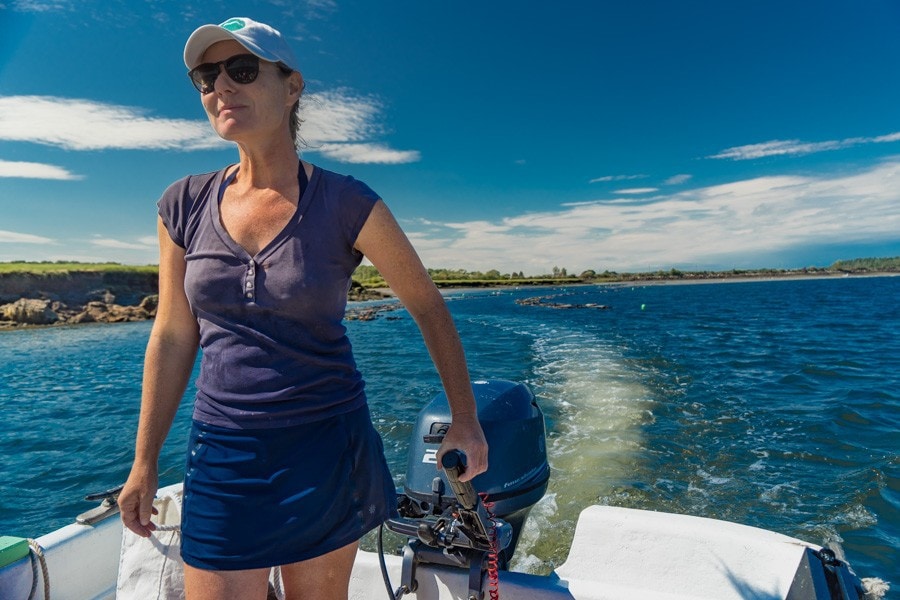 Now she wakes up at dawn, puts on old clothes, and crocs (a far cry from her fashionable life in Paris) and does manual labor. âI never imagined me doing manual labor when I was getting my college education,â she said with a smile.

And isnât that the beauty of life? Itâs unpredictable. I could relate to every thing she was saying. Never expecting to be where you are in life and the joy and terror of figuring out how to just âwing itâ and âfake it till you make itâ. Iâll never forget the first time I uttered the words, âIâm a travel writerâ out loud – I about doubled over laughing at the thought of it!

As I sat and talked with Abbey and further listened to her TEDx Youth talk she did,Â  you canât help but be inspired. And as she listened to my story of IT exec to travel blogger/world nomad we both completely clicked. Itâs always so comforting to meet others with similar struggles and accomplishments in our life.

Abbey has been running the Nonesuch Oyster Farm now for 8 years and sheâs learned a lot about Maine Oyster farming in that time! Sheâs put together a great oyster team of marine science enthusiasts and developed strong relationships with the Harbor and local community.

Oysters require a huge amount of attention. Last summer they had about 800 bags of oysters on the farm with 1000 oysters each. Bags of oysters spend take about 3 years to grow and they spend their last year on the bottom to really have the flavor sink in.
However she was honest when she said that they hadnât broken even yet in 8 years sheâs been in the business!

The famous green color from Nonesuch

Abbey showing off her Belon oysters

Maine oysters are raised in cold water, which is what makes them special. Nonesuch specializes in American and BÃ©lon varieties and the oysters themselves are grown free-range, meaning they spend the better part of their lives loose on the bottom of the riverbed. This time on the bottom gives them those deep, thick beautiful green shells and their salty-sweet taste.

The mixture of salt and fresh water in the farm is also a key component to the tasty Nonesuch oysters. Scarborough has 9 to 12 foot tide changes providing an ever-changing mixture of fresh and salt water. Low tide and fresh water brings a sweeter taste while high tide is more briny. Early on (and by accident!), Abbey discovered that depending on where they put oysters it brings vastly different flavors. Like wine, Chardonnayâs taste different around the world due to the notion of âterroirâ; how a particular regionâs climate, soils and aspect (terrain) affect the taste of wine. Some regions are said to have more âterroirâ than others. Abbeyâs oysters have terroir!

Where can you find Nonesuch Oysters?

Nonesuch Oysters have been showcased on the menu at New Yorkâs James Beard House and at famous Grand Central Oyster Bar in NYC. Youâll also find them on menus all over Maine and up and down the east coast.

Touring the farm on the skiff

Shuck your own or have Abbey do it…

Getting close to the farm

Abbey runs tours of her oyster farm and is more than happy to share her inspirational story. I showed up on the docks for the tour and was pretty surprised when Abbey put us on the boat and prepared to take all of us out to the oyster farm. I was even more surprised when we stopped the boat in the middle of the farm, Abbey set up a card table, mixed up a mignonette sauce, started pulling up fresh oysters, and shucking them for us! I had been on oyster tours before, but never did we actually get in the skiff and pull the trays and shuck them right there on the boat!

Book Your Own Nonesuch Tour

Bring your own beverage of choice and sign up for a tour and stuff your face with oysters! From April through September regular tours offered, Wed-Sun @1pm. May through August, two tours daily, Thurs-Mon @ 1:00 & 3pm, $50 per person.

Read the reviews of this awesome tour where guests can have a hand at harvesting and shucking their own oysters!
Book Tours on the Nonesuch website

Iâm always amazed at how many inspirational people there are out there in the world, and how I tend to accidentally find them during my travels! Go meet Abigail and her team at Nonesuch Oysters as part of your Maine Road Trip or vacation! You wonât be disappointed and you wonât go home hungry!

I was a guest of Visit Maine for my trip, however all opinions expressed here are my own!

3 Responses to "Oyster Farming and Tours in Maine"