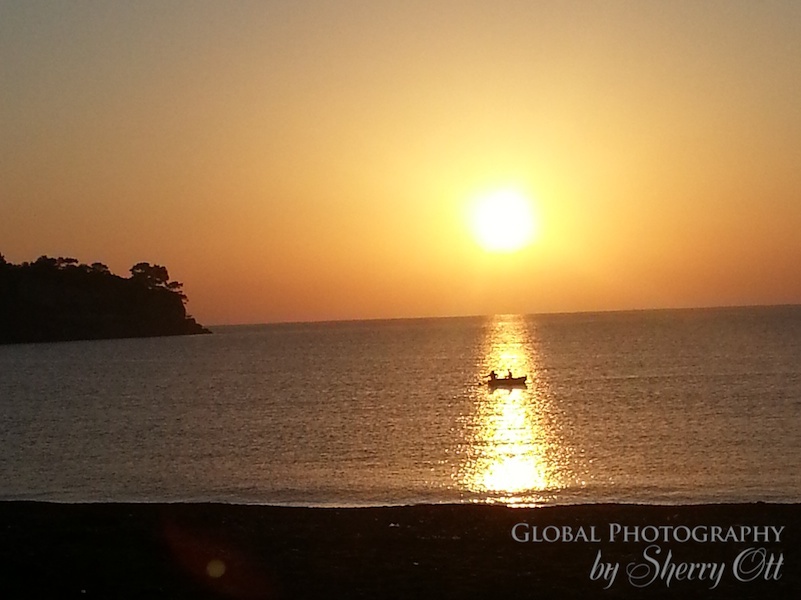 Endings are always so bittersweet. Two weeks ago when I began hiking the Lycian Way with Warren and Betsy in Kas, I was looking forward to simply getting through the hike. I had a long painful hiking transition to make ahead of me. But now, it was here â the last day – and I was not ready for it to end. It took me a week to find my hiking groove, now I have it, and Iâm not ready to stop.

This whole feeling was amplified by the fact that this was one of our nicest hiking days. The light and hills seemed golden and the Mediterranean seemed as blue as ever. Each day we hiked further it seemed to get nicer and nicer – or maybe it was just me finally adjusting to the area and the situation enough so I could appreciate it. After a leisurely day off in Cirali lounging around at Emin Pension doing laundry and walking around the town to view the chimera flame, we started climbing out of this cute little village and back onto the cliff-side trails of the Lycian Way. 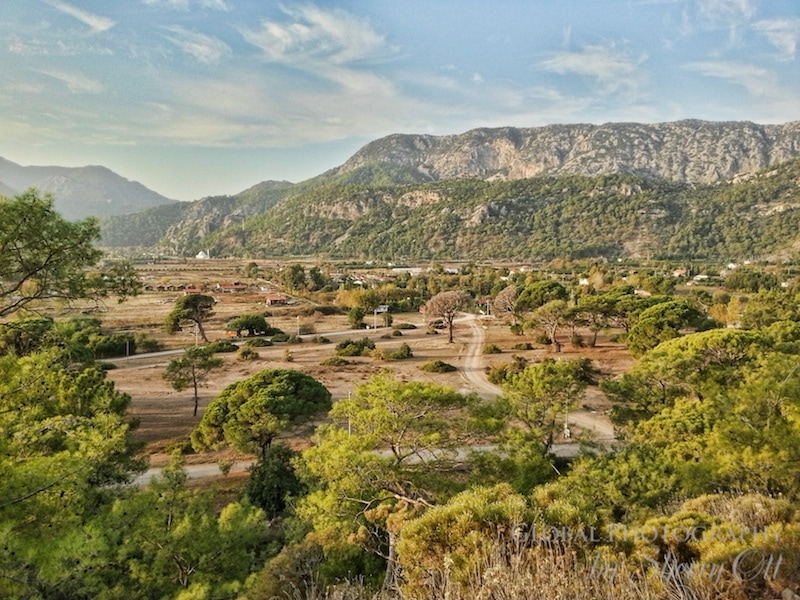 According to our book todayâs hike was long (8 hours) but easy. We expected a couple of climbs but the rest was supposed to be downhill. And that was completely wrong. It was an arduous undulating climb along a narrow trail at first and then a forest road for the remainder of the trail. Just when I thought we had made our last climb we seemed to be climbing againâ¦and again. Had this been the first week of hiking I might have ripped the book out of Warrenâs hands and thrown it over the cliff out of anger. However, I was used to the book being inaccurate by now and even though it was frustrating â it was just part of the hike.

We stopped at a few beaches to have snacks and relax out of the sun and there were water stops along the way. The camping sites were plentiful and beautiful along the trail â but we planned on getting past Tekirova and to camp near Phaselis that night so we had to keep moving. As we started to arrive in Tekirova we realized just how lucky we were to stay in little beach-side towns like Cirali and Adrasan. Those towns were small, quaint, but beautiful. They were full of little locally owned, simple businesses. But Tekirova was the exact opposite of this. Large cold looking condos and hotels lined the streets with luxury pools and shopping. It wasn’t horrible – but it was just shocking after our stays at quaint villages which felt more authentic.Â  We all agreed that we would hate to see this tourism transformation happen to any of the other towns along the Mediterranean Lycian Way trail. 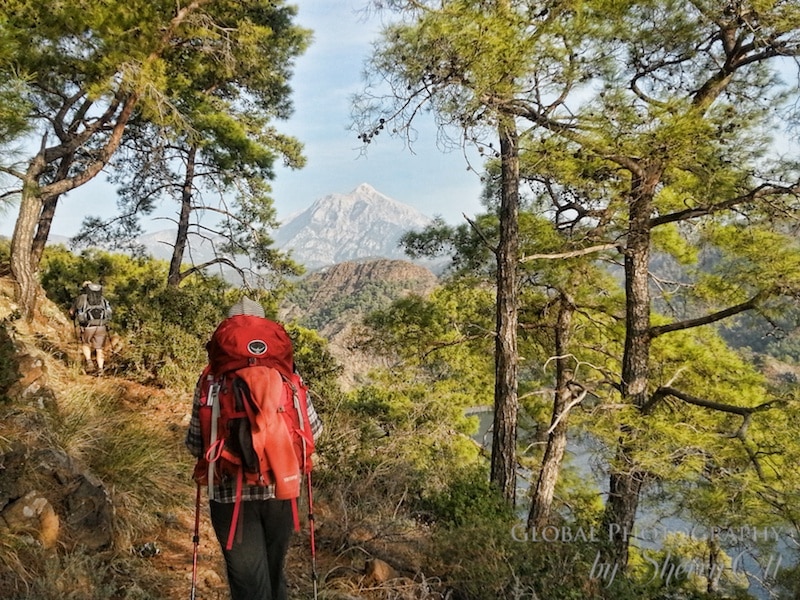 Betsy and Warren with Mt. Olympus in the background. 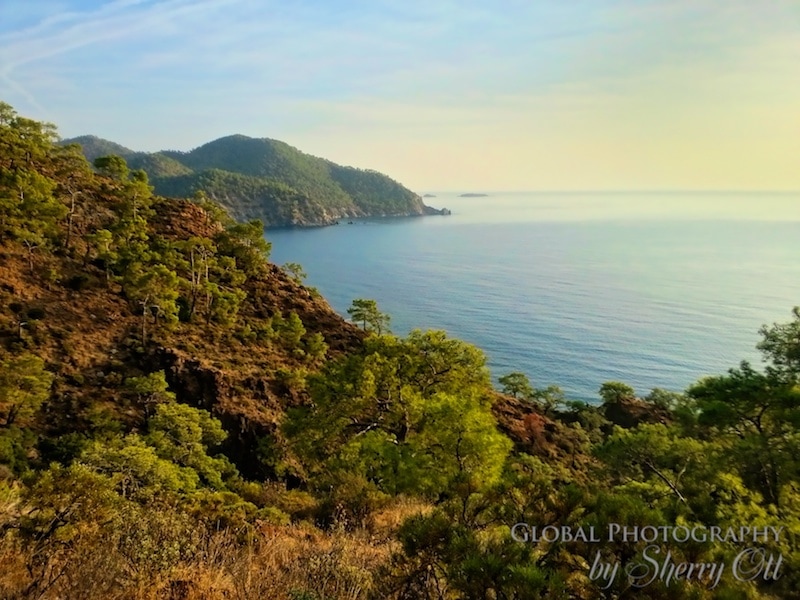 Looking at the trail ahead of us 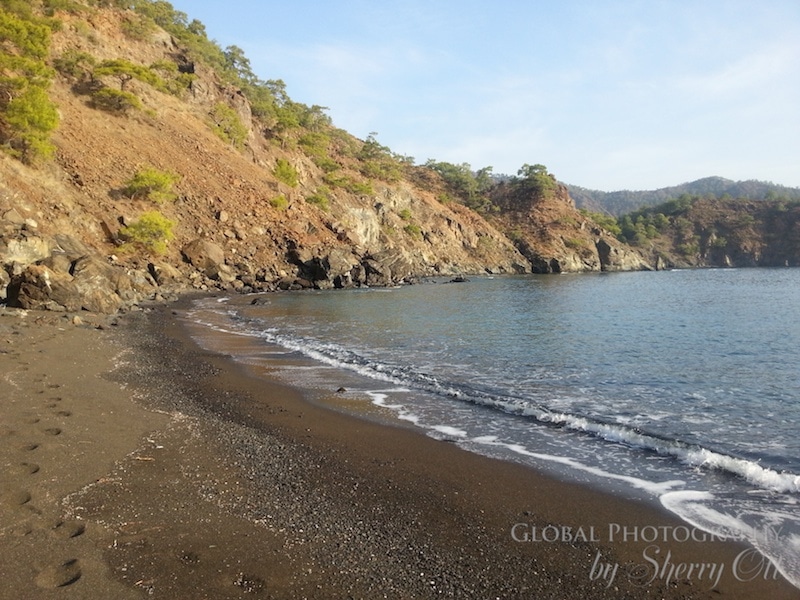 Beaches for camping and lunch. 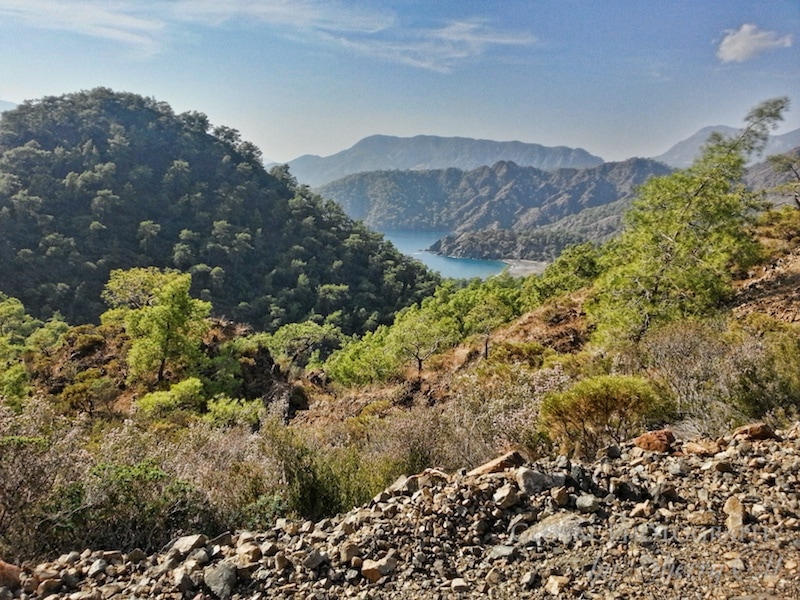 At the peak of one of the long climbs looking back on the beach we had come from.

Even though once again many things were closed for the off-season in Tekirova, we did manage to find an ATM as well as a market and a little restaurant. This was a very late lunch (more like early dinner) and according to our book we only had a 30 minute walk to a luxury beach camp which we considered staying at. However after getting hopelessly lost for a while, and scared by a vicious sounding dog, it ended up taking us twice as long to get to the camp. We found ourselves racing against the sunset which occurs around 5 pm. We ruled out the Sundance luxury camping which was too expensive and honestly didnât look too luxury to us.Â  Instead we went past the lodging and out onto a beautiful and secluded beach where we set up our final camp right before the sun set. Iâm not exactly sure why anyone would stop at the luxury camp when they had this just 5 minutes past it? 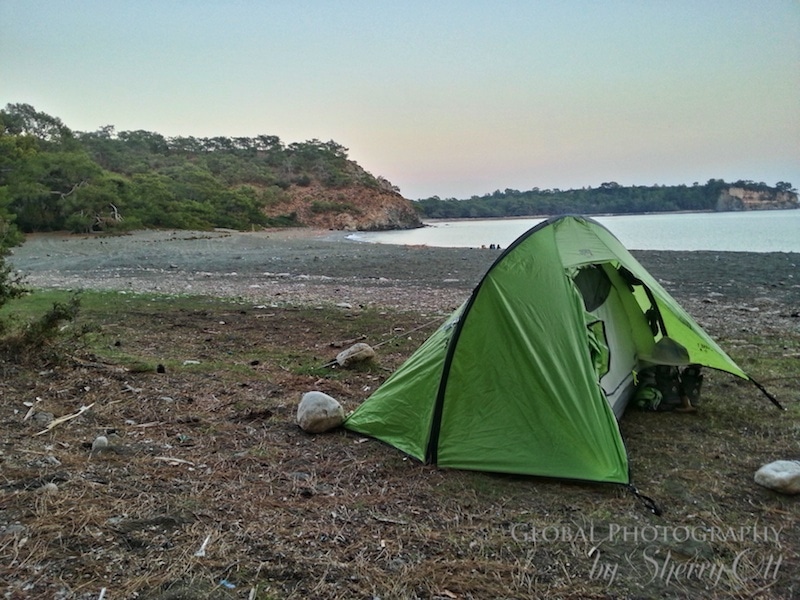 Our campsite on the beach next to Phaselis

We had gotten pretty quick at setting up camp by now, so after we got situated it was time to finally wind down and take stock of our accomplishments. We cooled our feet down in the water and laughed about the dayâs surprises. It was such a pleasant night that we sat out in the dark looking at the stars on the beach talking about how far we had come. Granted â I had only hiked for 2 weeks of the trail, but Warren and Betsy had done the entire thing and were that much more attached to their experience. 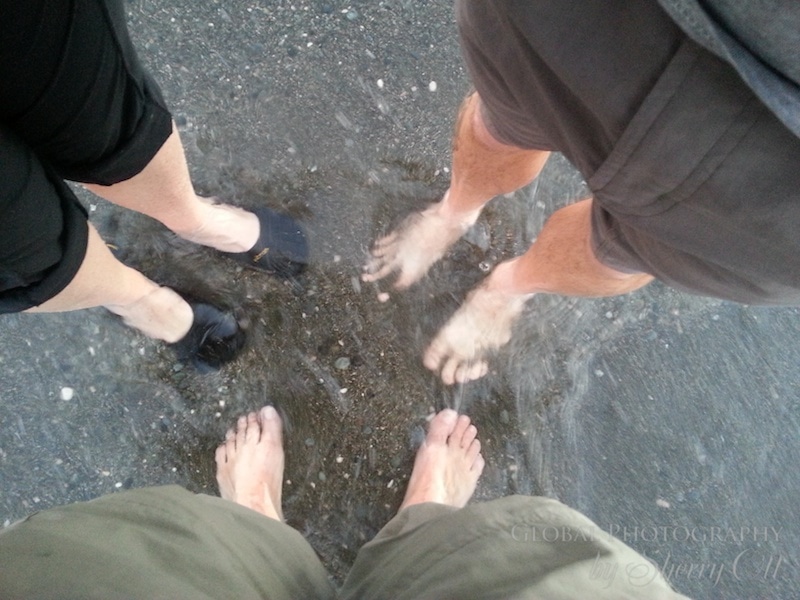 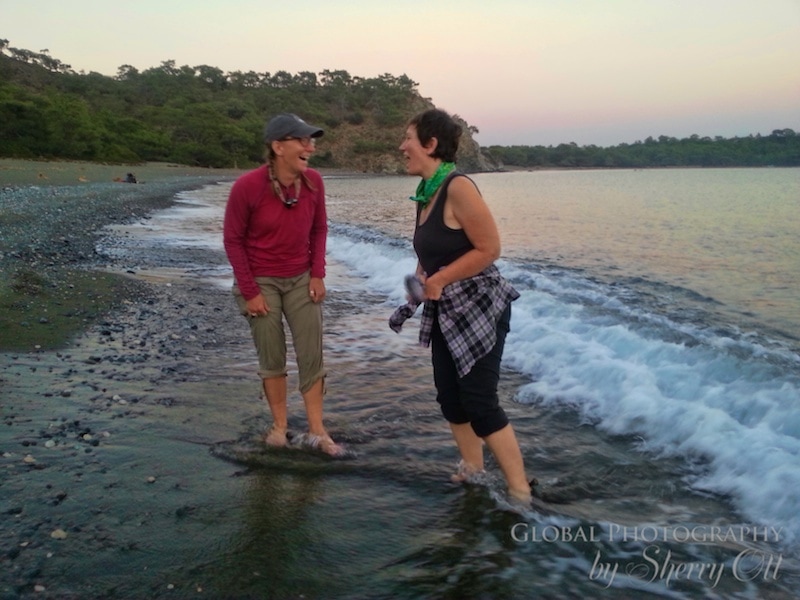 Betsy and I enjoying the beach at dusk.

The next morning we took our time getting up and breaking down camp enjoying another beautiful (and our final) sunrise on the Lycian Way. We joked around about how it couldnât get much better â but it did. We hiked about 30 minutes around the beach cove and into the back side of the ruins of Phaselis. There wasnât a single sole there.Â  We sat and had our final breakfast among the old ruins â an appropriate end to this long walk filled with ancient history. 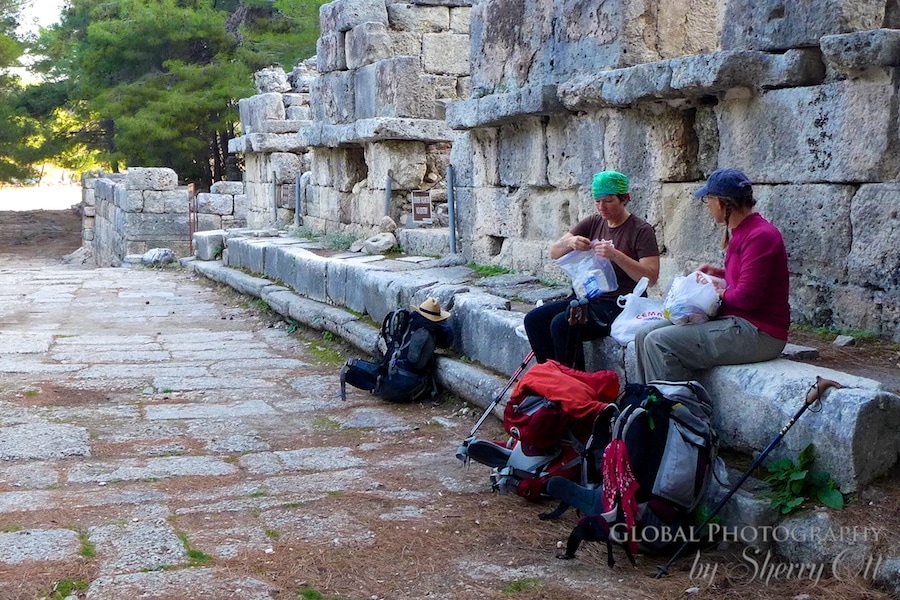 Breakfast among the empty ruins of Phaselis

From there we planned to hike up to the entrance near the main highway and to catch a dolmas to Antalya. As we were hopelessly hunting for the trail markings that would take us towards the highway we came across a German couple who were just starting the trail going the opposite direction. They were full of energy and optimism. It was great to know even though our time was coming to an end at Phaselis â another group of hikers were beginning.