Culture in a Cup 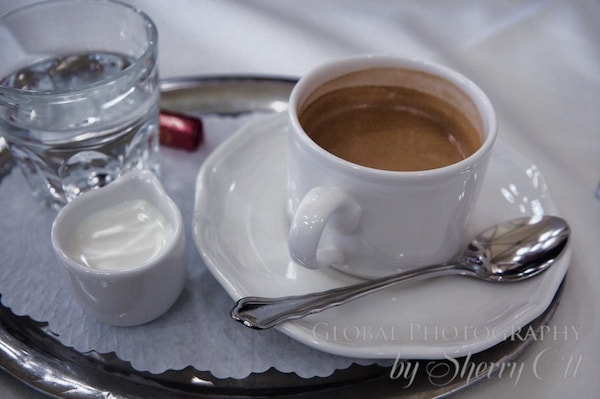 Culture in a cup

Iâm never drawn to the proper side of life, I prefer the messy â yet something was drawing me into the sophisticated side of Vienna. The aroma of coffee and music of Mozart being played on the piano in the background must have put a spell on me. Or maybe it was the dour faced waiters dressed in their dark jackets and bow ties wielding little silver trays around silently that appealed to my controlling side. Or maybe it was feeling of time travel as walked through the door and was transported into 1950âs and 1960âs making me feel as if I had just entered a period piece movie and I was the star.

Whatever it was, I was hooked â hooked on the Coffee House culture of Vienna.

I chose Vienna as part of my Go with Oh European Spring Tour for one simple reason â coffee. Well, specifically not just coffee, but coffee houses. Yes, I like the taste of coffee, and some may even say Iâm addicted to it â however I was interested in the coffee houses more for the atmosphere and culture than the coffee. I loved the idea that in Vienna exists this whole culture which has survived through the changing times of Starbucks, cup sleeves, and âto-goâ coffee cups.

I decided to ignore most of the ultra popular coffee houses listed at the tourist board in exchange for some lesser-known ones recommended by friends. I was in Vienna for a week but managed to visit a coffee house a day.
CafÃ© Pruckel – I stopped here twiceâ¦definitely my favorite!
CafÃ© Central
CafÃ© Demel
CafÃ© Drechsler
CafÃ© Ritter – amazing strudel!
CafÃ© Frauenhuber

Each cafÃ© served coffee and food on dishes with their name on it. I became fascinated with where all of the namesake china came from! I loved simply analyzing the font they used on the dishes which seemed to mirror the dÃ©cor and personality of the house. 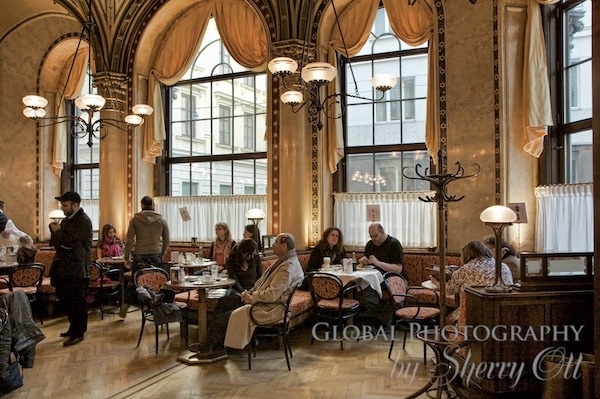 Elegance of days gone by

Once you walk in you immediately feel it â thereâs a hushed tone about coffee houses that reminded me of libraries. The moment I set foot inside I felt as if I needed to be on my best behavior else someone would come shush me or give me a disapproving glance. The dÃ©cor is always what captured me â each coffee house was a little different and the dÃ©cor showed its personality. Most of the houses I visited were old and classic with big upholstered booths that curved around corners like a snake slithering through a garden. And if you looked closely in a corner youâd find a rack of daily newspapers and current magazines to choose from. Many of the cafes offered musical entertainment in the afternoons or evenings. Providing an even more sophisticated feel as you sat and sipped coffee listening to a pianist play Mozart. 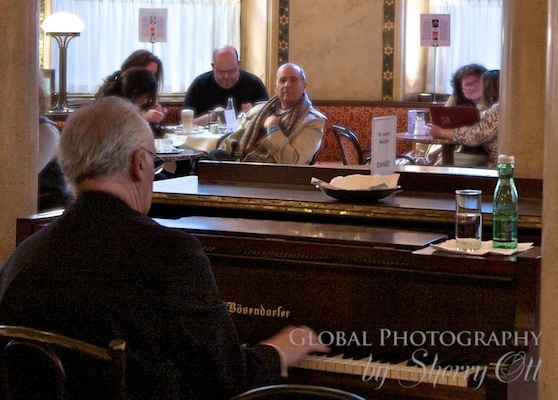 A pianist entertains at Cafe Central

Each coffee house has a different historical culture to it. Some of the coffee houses were known to specifically be the place where writers, politicians, journalists, or artists hung out exclusively. Such as CafÃ© Central, which was known for writers using it as their office, sitting all day sipping coffee and working. I learned that some even took calls on the house phone at the cafe as editors/publishers knew they could reach them there. Ah â life before cell phonesâ¦
Modern day coffee houses are used much the same way, each offers a free wifi connection and youâll see people sitting tapping away on their laptops for hours.

It appeared that the role of coffee house waiter was a very serious one. It was mainly men dressed in formal suits with bow ties. They werenât very personable, but they got the job done. They served all of the drinks on a little individual silver tray which reminded me of my mother giving me a poptart on a metal tray when I was young! 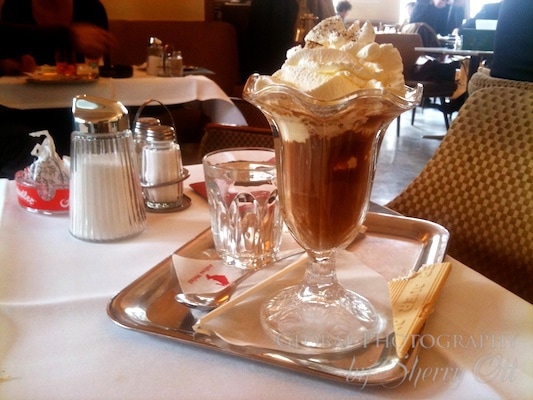 Ice coffee delivered on a tray with water and chocolate 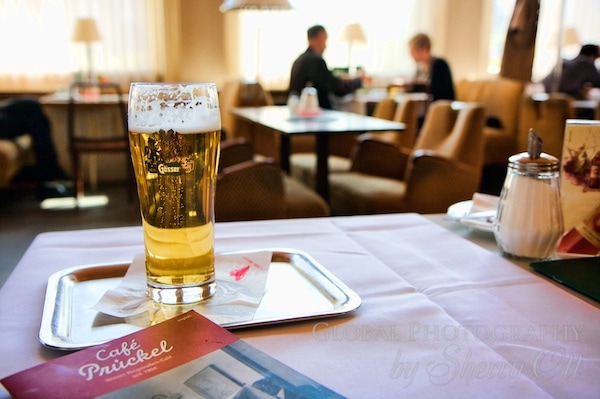 Even beer was delieverd on a tray...minus the extras!

Each coffee house had a menu of some sort and normally served snacks (sausages, in a variety of ways) or they would serve a full meal with wiener schnitzel and other main dishes. Some, like CafÃ© Demel, also specialized in desserts ranging from sachertortes, to strudels, to pancakes. Yes, I tried all of the desserts.

Each cup was brought out on a silver tray, with glass of water, a spoon (normally placed on top of the glass), and a little chocolate. The coffees were small and strong, there were no American style refills. 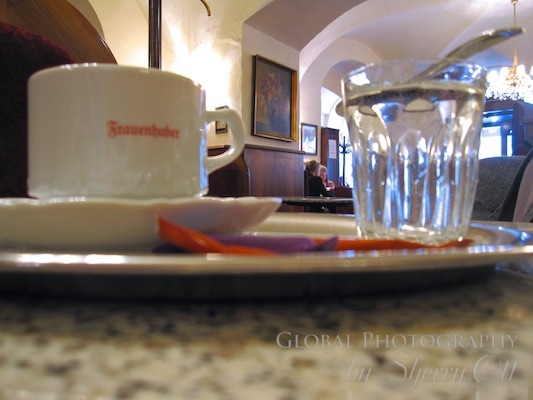 From the elegant surroundings from days gone by to the proper way each coffee is delivered to your table, the coffee houses suspended me and held me in this elegant world of a time that seems to be disappearing. From the moment I opened the door, I felt like all of the hectic noise in my head slowed down to âwaltz timeâ and I could relax. This was the perfect kind of slow travel. Sit, relax, drink coffee, eat some sausage, listen to music, read, and repeat the next day â thatâs how to visit Vienna.

8 Responses to "Culture in a Cup"