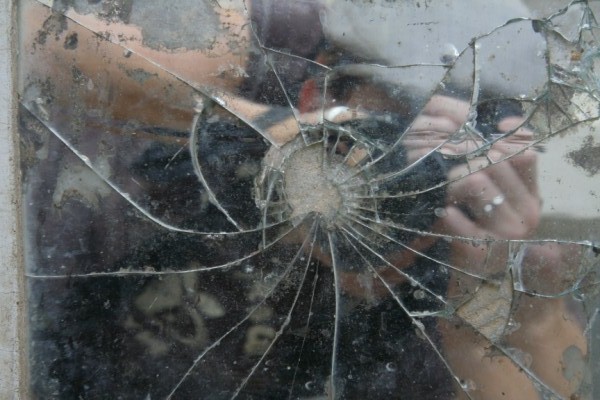 Itâs hard to believe that yet another Sep. 11th is going by. Once again Iâm out of the country this year. Just two weeks ago in India there was a huge terrorist attack in Hyderabad â killing over 40 peopleâ¦did you even hear about it? Probably not. Here in India, the front page of the newspapers lead with photos of blood soaked stadium seats; the terrorists struck at a amusement park full of families. Terrorism isnât just in the USâ¦people struggle with it all over the world.

The terrorism in Hyderabad was on the front page for one dayâ¦yes â one day. Then it was shoved to page 5 and beyond. It amazed me how little people talked about it here. In fact, the Cross Cultural Solutions staff who we see multiple times a day didnât ever say a word about it to me. However â the one big thing to realize that in Asiaâ¦life is cheap. Dirt cheap. With 1.2 billion people living in India (a country 1/3 the size of the US) â if 40+ people die â it is a blip. This is pretty common throughout Asia.

I normally read the paper here in India every morning â fascinated by the crazy stories that seemed unreal. The weekend we arrived there was a woman that answered her door and two men poured gasoline on her and lit her on fire. Allegedly her husbandâs mistress had something to do with it. Anyway â it was a pretty scary thought and it definitely caught my attention. I couldnât remember the last time I saw a headline like that in the US. If there was, Good Morning America, Entertainment Tonight, the Today Show, Hallmark Movies, and Oprah would all have a special on it. Hereâ¦it disappeared from the papers after a day.

One morning I wrote down the various article headlines from the 3 papers we receive at the flat. These headlines werenât even on the front page â some buried as deep as page 22.

Iâm not making any of these upâ¦they were all thereâ¦staring at me in the paper. Making me sad, making me wonder. Itâs different here â the term âworlds apartâ now has meaning to me.