4 Reasons to Go Beyond Belfast 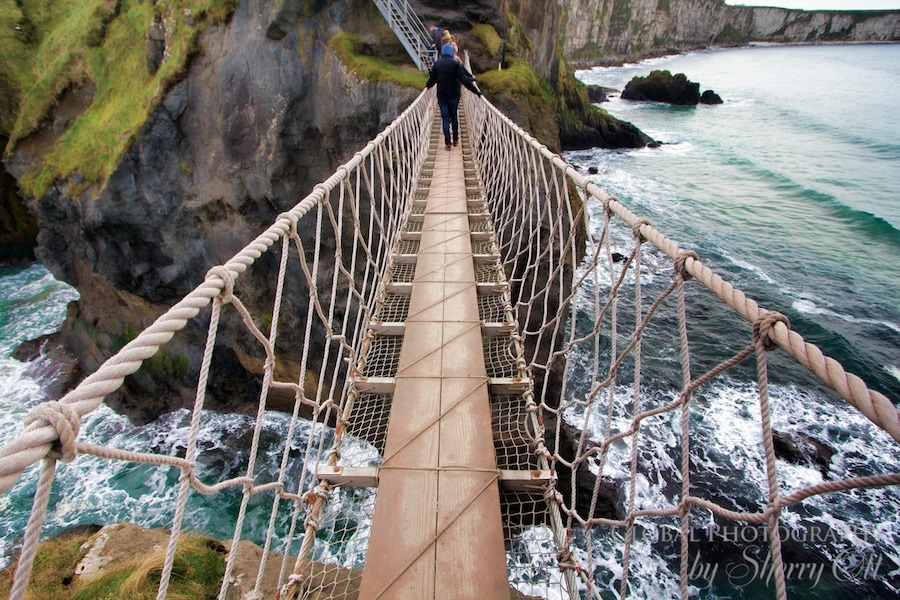 Belfast is one of the up and coming destinations that seems to be gracing many âmust visitâ lists . Yet as great and gritty as Belfast is, don’t stop there, keep going North! There are many reasons to go beyond the city and see the other Northern Ireland attractions along the coast and in villages.

When I ventured out of Belfast, I found myself experiencing and enjoying Gin, Gusts, Giants, and Gastronomy.

Will Travel For Gin

Yes I ended up @BushmillsInn tonight all due to @SHORTCROSSGIN – enjoying it now at the Gas Light Bar. Cheers! pic.twitter.com/sbzfZYdzLE

As I researched it further I learned that Bushmills Inn was an iconic accommodation that was an important part of Northern Irelandâs history. It was established in 1608 as an old Coaching Inn and Mill House, but evolved into the 21st century as a 4 star hotel.

In addition to being an amazing Inn full of history and charm, it had a secret hidden library, a flag room, and a real gaslight bar, roaring peat fires, and of course Short Cross Gin. Oh yes, and it was a great homebase to see the Northern Ireland Coastal Sites.

Gusts and Guts at the Carrick-a-Rede Rope Bridge

âThe bridge is 100 feet high. Be careful with the selfies, it may be your last,â the guide yelled at us as he took our tickets to cross the old rope bridge. What did I do after hearing thisâ¦I got out my camera to record my trip across the wobbly bridge of course. Iâm scared of heights and by recording my walk over the bridge â it kept me from thinking about dangling above the rocky cliffs and sudden wind gusts.

The views on the other side of the bridge were worth it. Yet the fishermen who used to utilize this bridge probably never cared much about the views â as the bridge was simply their way to get their salmon catch back to the mainland. In fact, their original bridge had big gaps in the slats and only one little rope for a âhandrailâ. Todayâs bridge is quite different, but it is still made of rope and provides a good stomach-churning sway in the middle. 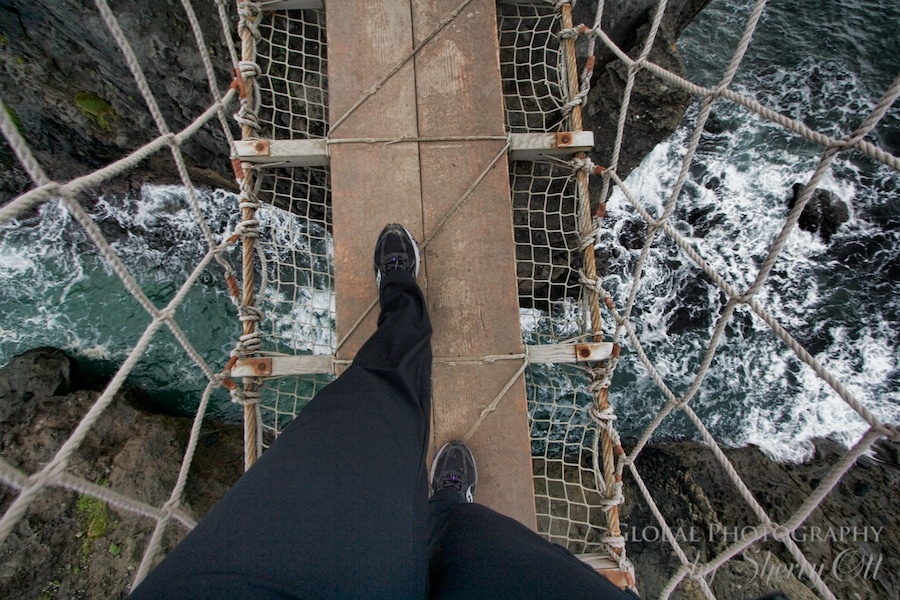 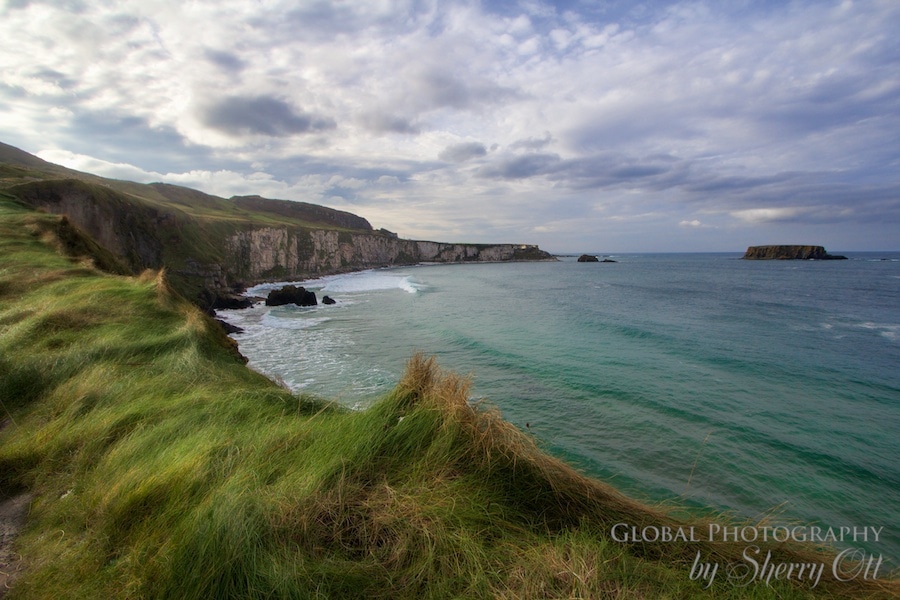 The walk out to Carrick-a-Rede Rope Bridge

After exploring the island views on the other side, I got back in line to cross back over the bridge. This time I put my camera safely away â which made the whole walk across much harder. About midway over the bridge I notice it started swinging more, I tightened my grip on the ropes and slowed down watching my every step.

More swinging and even bouncing was occurring, and I was panicked. Had the wind gusts suddenly picked up? I heard footsteps behind me. I stopped, turned around and looked directly at the young boy behind me who was oblivious bouncing up and down on the bridge as if itâs an amusement park ride. My eyes were like daggers staring into his and as he made eye contact with me. I gave him a look that said, âYou should die little boy,â without uttering a word. He looked at me, stopped bouncing and said âSorryâ. Satisfied with my witchy attitude and scaring young children, I continued gingerly across the bridge. I guess this is just one more reason why I would make a terrible mother.

This UNESCO world heritage sight gets the big billing in Northern Ireland and for good reason. Itâs 40,000 interlocking basalt columns, the result of an ancient volcanic eruption are definitely unique. It was said that Giant Finn McCool built the causeway as a roadway to Scotland. However, you can decide for yourself if science/nature caused these rock formations, or Giant Finn McCool. My guide who seemed to be part comedian and part guide, entertained me with stories of giants, fairies, and sheep. But he also gave some solid advice for how to tackle this big tourist attraction, which sees thousands of visitors a day.

Upon arriving in the parking lot, take the Giants Causeway cliff route and view the formations from above atop the cliffs, and then walk down the steep stairs to the crashing waves and view them the formations up close. Avoid the stairs on the way back and come back on the road with a gentle uphill. He also advised to not go into the overpirced visitor center and instead go to the Nook bar and restaurant on the corner of the parking lot where a warm fire and beer waits. 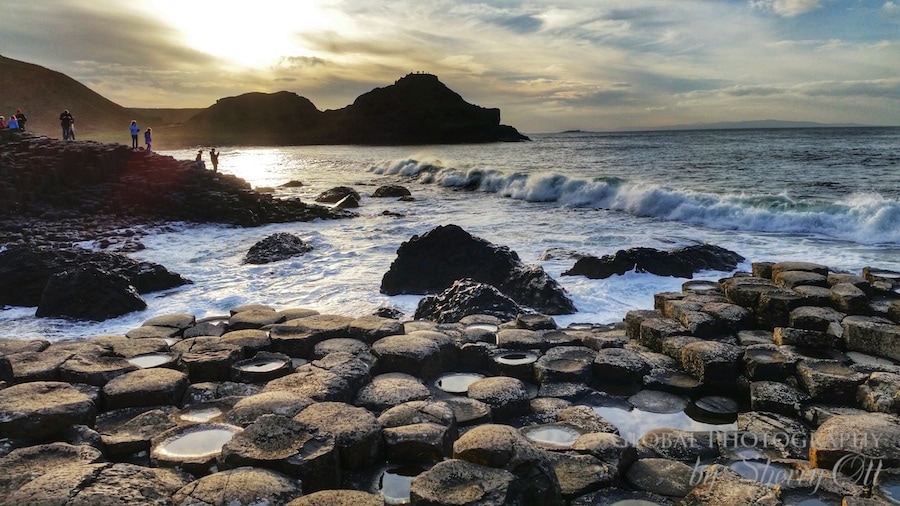 Once at the bottom by the basalt columns, you can climb all over them making you feel like you are a pawn in a giant chess game. I do wonder how long they will continue to let people walk around on the columns. You can tell the stones are getting worn down, which is concerning. Wind and water also do their damage â but the wear is certainly sped up with humans climbing all over them too.

After visiting all of the coastal sights, treat yourself at Bushmills Restaurant. In addition to the unique and welcoming gaslight bar, Bushmills is also known for itâs gastronomy in itâs award winning restaurant. Gordan McGladery head chef for 7 yrs, recently won the âYes Chefâ award. All products are locally sourced from small farmers who Chef McGladery maintains long term relationships with.

The restaurant had an old charm to it with little nooks/snugs and wooden booths for privacy with small windows to peer on your neighbor discreetly. It was perfect for solo dining in privacy! I started with a Duo of Quail – a pan seared breast and ballotine of leg with textures of pear and cashel blue cheese. It was a great mix of flavors â salty sweet and a variety of texture â crunchy, purÃ©ed pear, creamy pungent blue cheese, and crunchy crouton. I had a main dish of fillet of beef medallions with a fondant potato lentil casserole, mushroom trartlet, and red wine jus. And I couldnât pass up finishing with sticky date pudding with fresh cream. This was quality fine dining in a tiny little town â I was impressed! 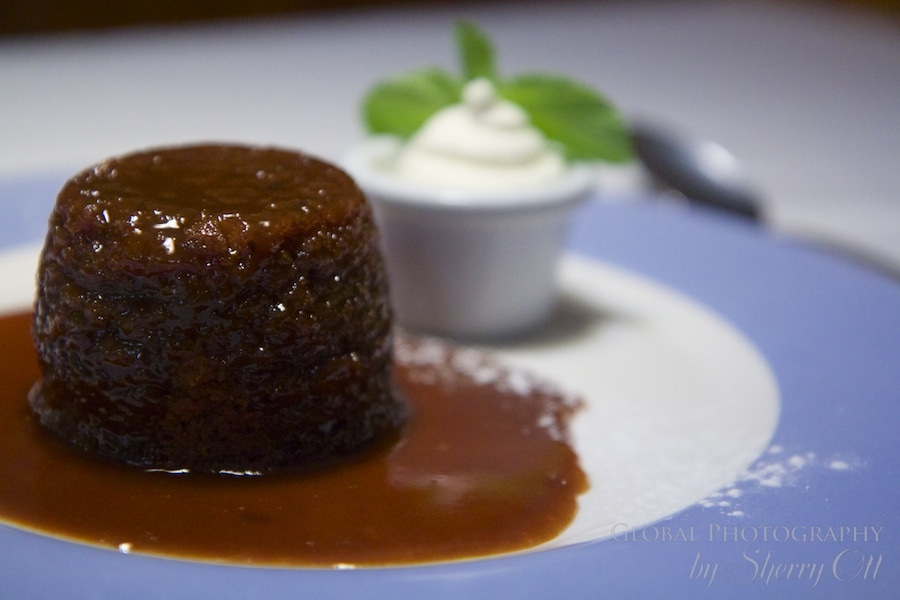 Finally, Itâs worth it to stay over in the area at Bushmills Inn as youâll beat all of the tour bus crowds coming from Dublin and Belfast!

So make sure you go beyond Belfast during your time in Northern Ireland, and donât forget your camera! 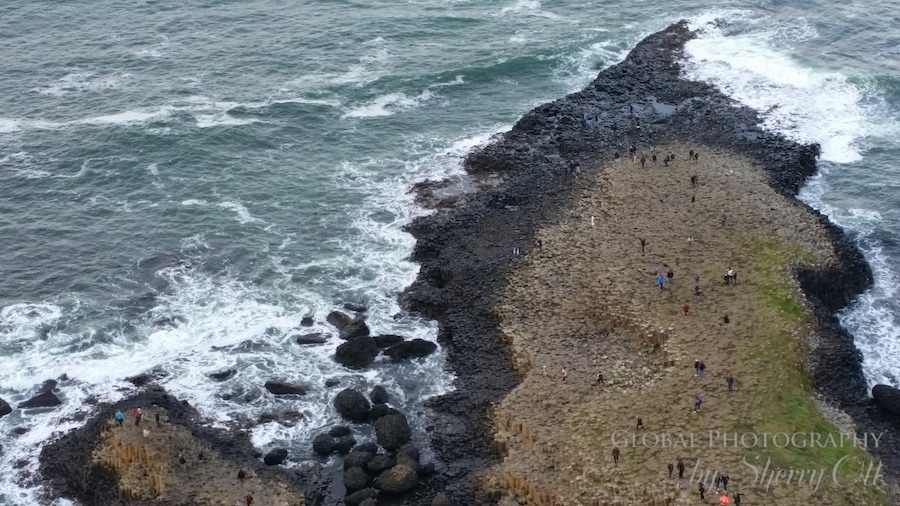 Giants Causeway from above. You can barely make out the thousand of columns, and the people look like ants! 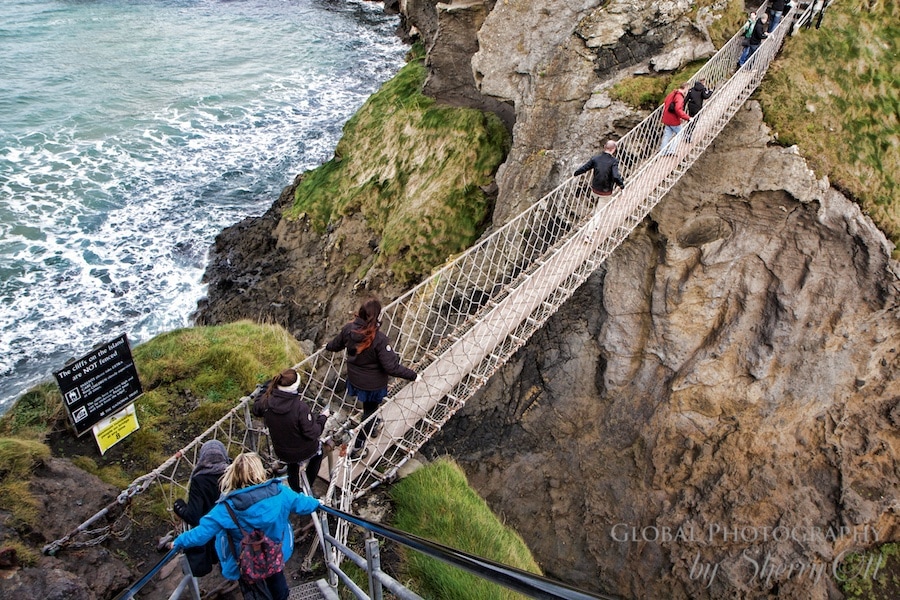 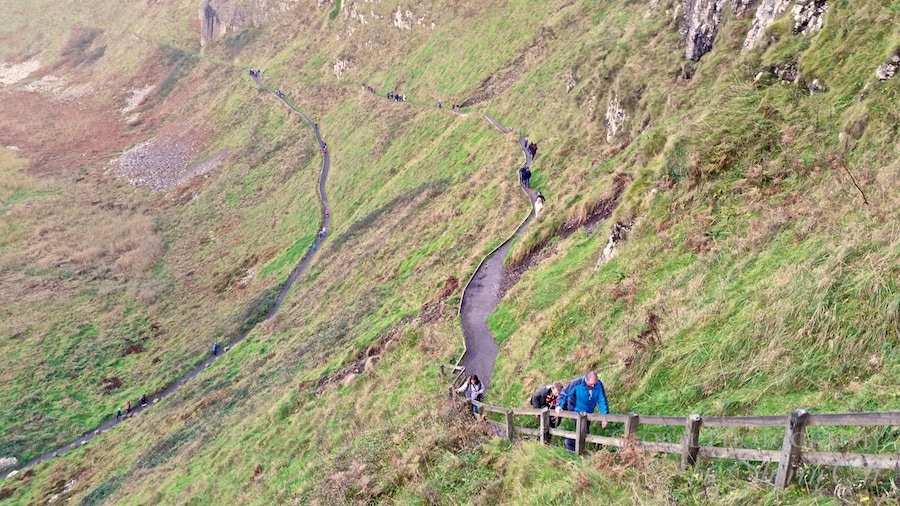 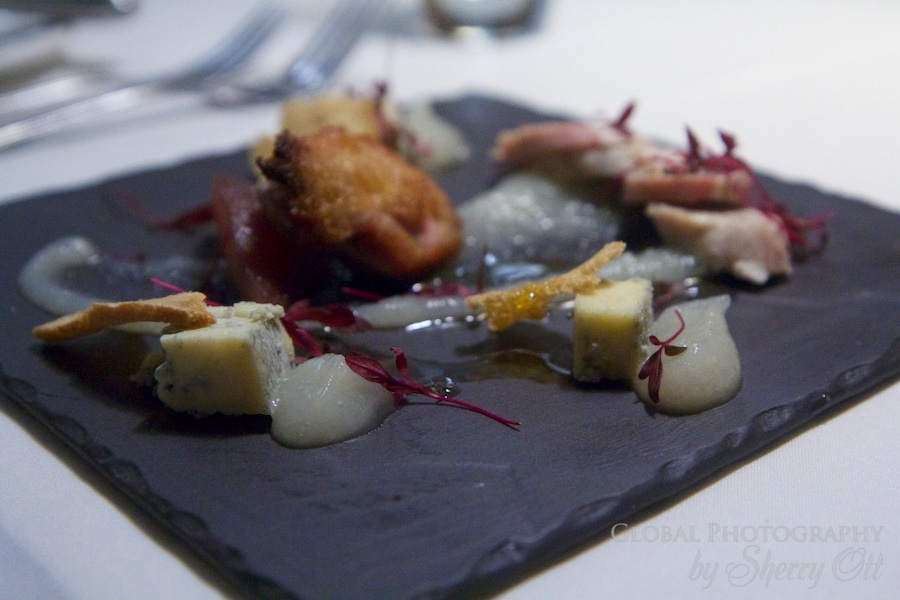 Duo of Quail – a pan seared breast and ballotine of leg with textures of pear and cashel blue cheese. 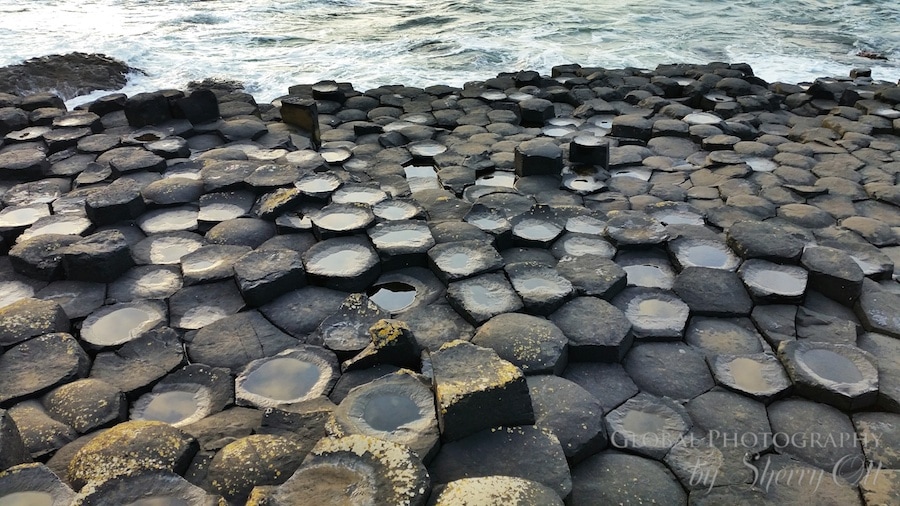 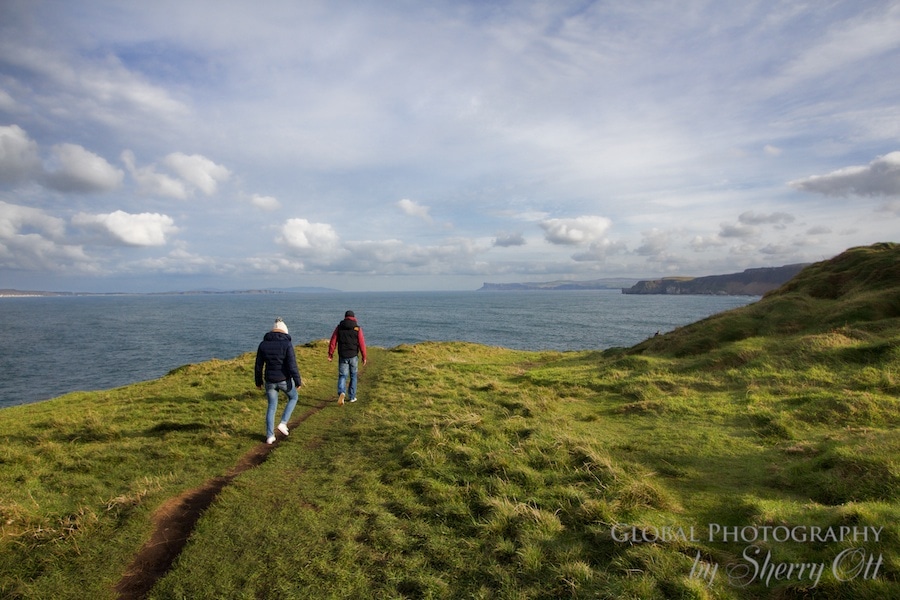 Exploring the island on the other side of the bridge 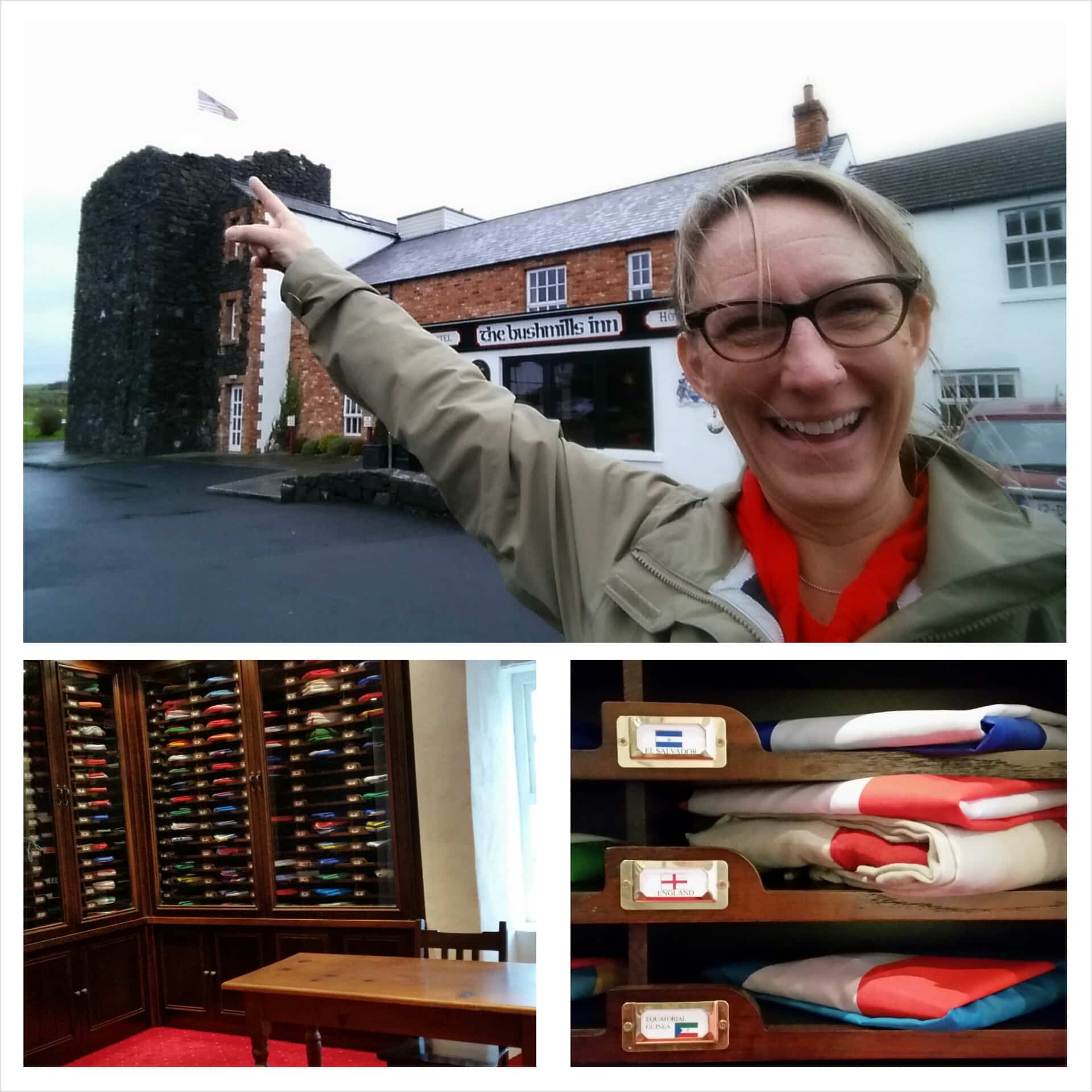 Bushmills Inn Flag room where they have a flag from every country. They fly the country flag of the guest who came the greatest distance to Bushmills each day – and today it was me! 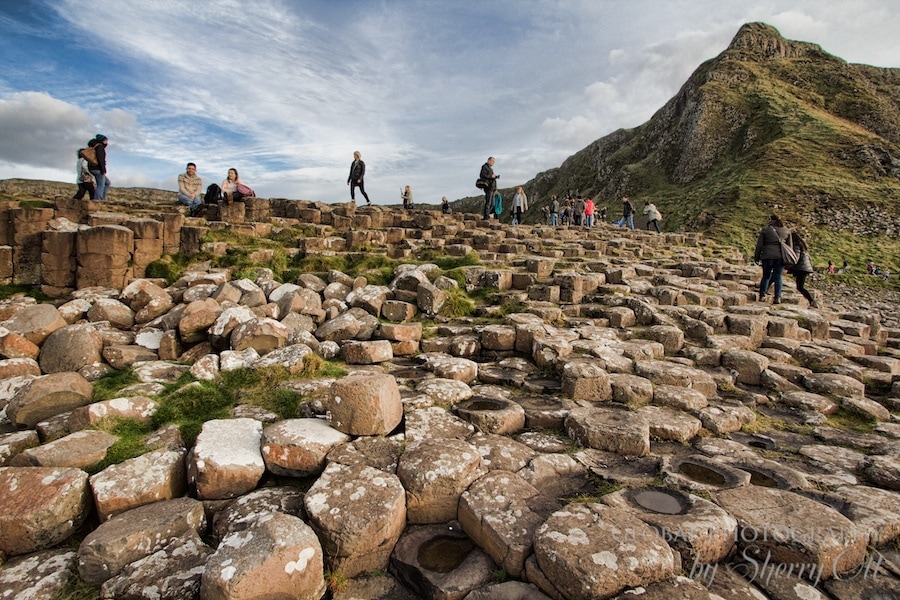 Visitors climb on the columns of Giants Causeway 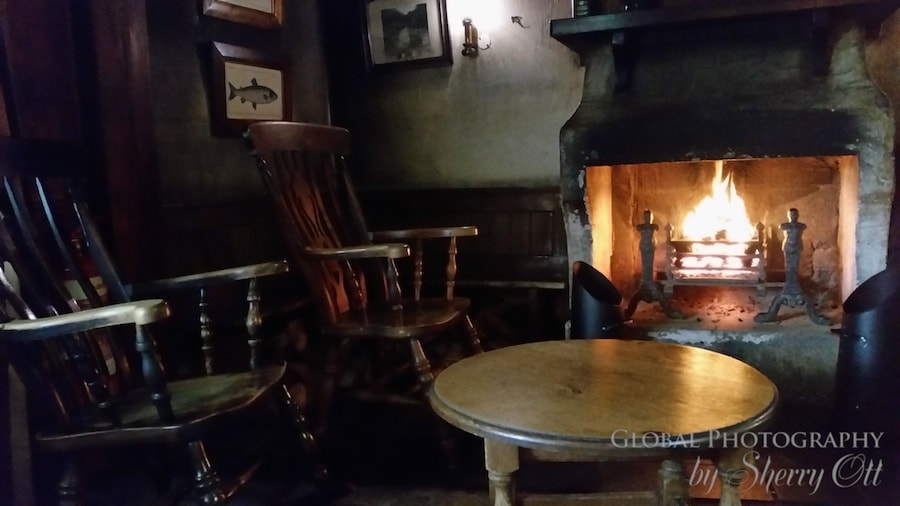 Warm up by the roaring peat fires at Bushmills Inn 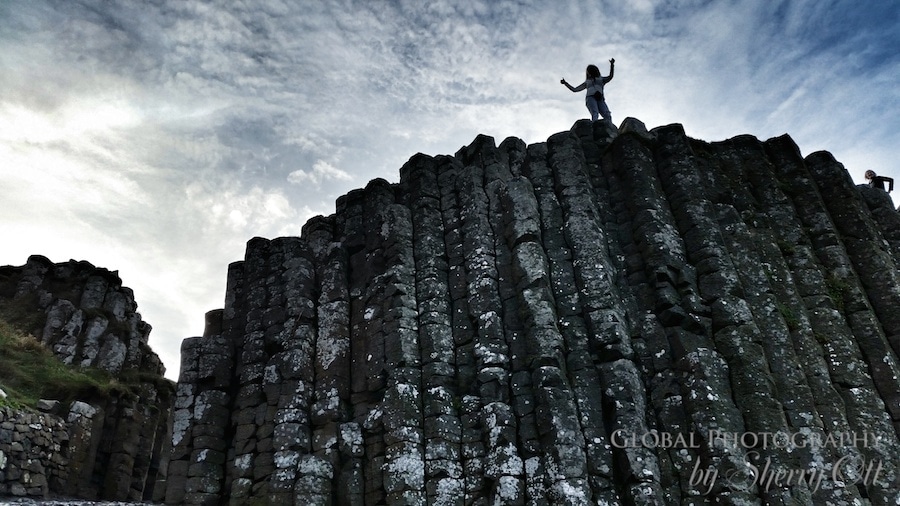 In this perspective you can really see that they are indeed columns.

Disclosure:Â  I was a guest of the Bushmills Inn for a night.Â  However all opinions here are my own.

8 Responses to "4 Reasons to Go Beyond Belfast"