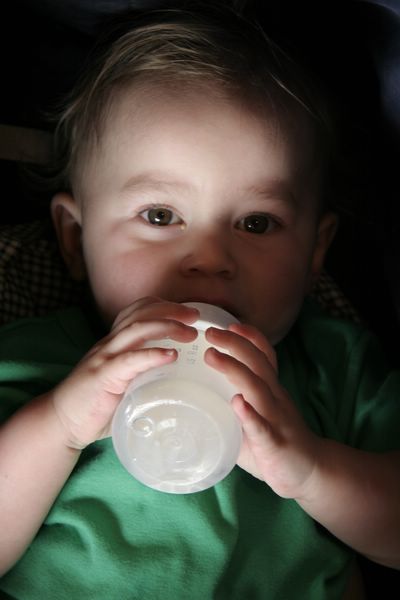 Is motherhood for me?

Iâm doing a different type of travel these last few weeks. Iâm traveling to catch up. Catch up to what you may ask; friends. This summer is about enjoying the cool summers of the northern US, fighting off mosquitoes, and having reunions with old friends. Iâm staying with my sister and her kids at a lake cabin near Minneapolis and taking this opportunity to reconnect with my old colleagues and friends; after all, I spent 4 Â½ years living in Minneapolis back in my 20âs. This journey through time has really made me think about the choices I have made in my past, as well as the choices I have made for my future. It has also made me think about motherhood since most of the friends that Iâve reconnected with are now mothers of multiple kids at various ages â a foreign concept to me.

When I was a little girl, I had an active imagination and generally figured out ways to entertain myself since my brother and sister were older and I was considered an annoyance. I loved playing house. I loved pretending I had kids to take care of, to cook for, to clean up after, and to tell people what to do. Then I graduated on to Barbies where I had a whole imaginary life of families, homes, relationships, and picking the right outfit to wear for the right fictitious occasion. Then I moved on to playing âworkâ. I would play at my dadâs old desk, make a rol-a-dex from scratch and pretend that I had important meetings to attend, people to see, people to fire, things to staple, and reports to create. At that point, I donât ever think I thought about playing house again.

However the last few weeks have landed me back in my imaginary world of playing house. Iâve been surrounded by kids and families. Iâve been entertaining kids, cooking for kids, disciplining kids, teaching kids (mostly appropriate things)â¦and I generally have no idea what Iâm doing. I am the youngest in my family, so I never really had any young kids or babies around me. Instead, I was too busy trying to be more grown up so that my sister and brother may be interested in playing with me or at least stop teasing me and beating me up! These last few weeks of being surrounded by kids and families has been fun, yet exhausting. Itâs a bit reminiscent of being a middle manager in corporate America, so Iâve had to dust off my managing skills. Motherhood or Management â itâs all the same to me.

These last few weeks Iâve done things that are scarier and more challenging than climbing Kilimanjaro. I found myself driving a minivan full of kids to Wal-Mart to do the grocery shopping. My latest adventure was to take 4 girls to 3 different softball practices in different locations, cheer them on, yell at them to play nice, tell them to stop fighting with each other, and then going for pizza at the local pizza joint. It freaks me out to think that the strangers that look at me think that they are my kidsâ¦how can that be when I still feel like Iâm 22 and I clearly donât look like a motherâ¦or do I? God help me. We’ll delve into that in another post when I have a drink within reach.

Photo: Drained lake Delton – all that is left is mud.

I even drove out to meet my best friend from high school, Audra. She lives in Milwaukee so we decided to meet halfway across Wisconsin. She brought her young kids (2 Â½ yrs and 14 months) with her for the 2 hour drive, and they watched Dora the Explorer. I on the other hand drove 3 hours and listened to a gruesome book on tape about children soldiers in Sierra Leone in the 90âs. We were worlds apart. Our worlds intermingled in the heart of cheesy American resort towns â Wisconsin Dells. Some of you may have heard of the Dells recently in the news when rains of biblical proportions dumped so much water into Lake Delton that it literally burst its banks. Tens of thousands of gallons of lake water barreled through the woods, taking with it a roadway, several houses, boats, fish and lake bed. It emptied into the nearby Wisconsin River and was gone in hours. Definitely a site to see.

We met at the Copa Cabana Resort and water park so that the kids could be entertained between us trying to catch up on 4 years of not seeing each other. There was no Barry Manilow or Pina Coladas at the Copa Cabanaâ¦.instead there were pirate ships and kiddy slides. I channeled my motherhood genes that had long ago shriveled up and dried out and played as if I were Captain Hook on the high seas in between talking to Audra about travel, New York, motherhood, her career, and diapers.

As I drove back to the other side of Wisconsin after lunch, I thought about just how challenging and hard motherhood is. I frequently have people tell me how brave I am for doing what Iâm doing with my life and travels. But as I watch all of my friends as mothers, I am in awe. That is one challenge that I wouldnât be able or have the desire to meet. I find it much easier to fly off to strange countries and new cities and try to integrate in foreign places as compared to changing diapers and raising kids. Sure, that makes me a bit unusual, but Iâm ok with that. I much prefer being Aunt Sherry than âMom, (insert name here)âs hitting me!!â Plus â if I were to be a mom, that would necessitate me actually having to find someone to date that I didnât get annoyed by eventuallyâ¦and that may just be impossible.

Photo: My 6 nieces – all together for the 4th of July

Thanks to all of my old friends who have come on out to see me â itâs been like a giant summer reunion for me. Sometimes it leaves me a bit baffled, wondering how in the world I have ended up on the small path that I am on and not on the interstate of motherhood and familydome. I guess I just figure that someone has to take the path less traveled.

11 Responses to "Travel vs. Motherhood"