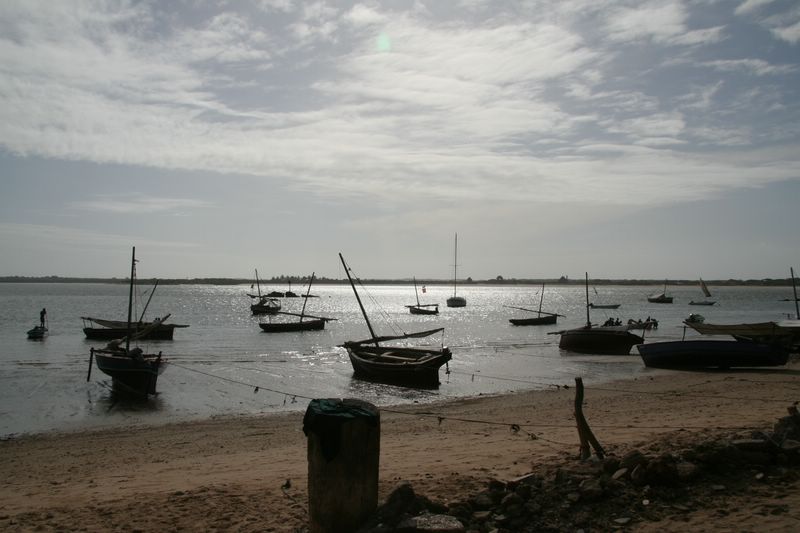 We arrived in Lamu Kenya (Pronounced – ‘la-moo’) yesterday via a small 20 passenger plane and a very good looking your pilot! When we arrived at the small airfield it was lightly sprinkling, but by the time they took our luggage out on a little 2 wheel wooden cart and wheeled it off the runway, it was pouring rain. We ran to the dock and onto the little dhow (wooden boat) and got under the make-shift cover/tarp for cover â but we were drenched! The island of Lamu is traversed by boat or by foot or donkey. The âairportâ is only reachable by boat!

The hungry mosquitoes were in heaven â it was 6:30PM , humid, and wet â it was feeding time for them (thank god for Malaria Meds!). We arrived at Kijani House (hotel) via the dhow. It was a beautiful bed and breakfast of sorts. The rooms were all designed in a traditional Lamu style. The furniture was ornate, the windows were open and had no screens and the dÃ©cor was a mix of Indian, African and Turkish. Each room had a traditional Lamu door and lockâ¦padlock that is. It was quaint â I loved it. We were in the village of Shela on the island of Lamu. The next day we hired a guide, Hammed, to take us to Lamu village via a dhow (about 4 km away). Lamu was a big step back in time. There are no cars there and not many bikes either. The roads (dirt paths) are much too narrow for cars â so they use donkeys instead.

They also use wooden hand carts â kind of like a large wheel barrow of sorts. The town is bustling with people everywhere. It is a mix of people and religion â African, Indian, Christian and Muslim. Hammed taught us about Lamuâs struggle for independence in the 1750âs and it relatively short, modern life. We learned about how the traditional Lamu houses were built so that women could go visit their female neighbors on the rooftops as they werenât allowed to be seen by men except for their husband. Therefore a maze of âstreetsâ on the rooftops developed. Hammed educated us on arranged marriages, the accepted practice of polygamy, and the 7 days of wedding celebration that would occur. The wedding couple finally met each other for the first time on the night of the 3rd day and then the partying continued for the next 4 days. 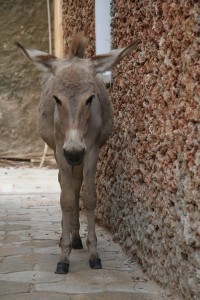 The streets of Lamu were bustling. It reminded me of NYC in a way because if you werenât aware – youâd most certainly get run over by a donkey â the little narrow streets were crowded and they didnât have room or tolerance for a tourist stopping in the middle to take a picture. You had to match the rhythm and flow or risk being road kill! We spent the rest of the late afternoon on the isolated beach in Shela â there was nothing touristy about it â just beautiful soft sand â all to ourselves and camels (not the cigarette â then animal)!

The last day in Lamu we went sailing on a dhow and had a fish fry for lunch. The fish â white snapper – was caught that day and fried up on a make-shift grille. Six whole fish were put in a plastic bowl and we each picked each up and ate it with our hands picking the bones clean as they were so delicious and peppery. I felt like we were cast-aways eating fish with our hands.

Our guide, Hammed took care of us well â and as a gift â I provided him a new piece of American slang to add to his vocabulary âMy badâ. He was a big fan of American slang so he appreciated this greatly â it was the least I could do for the wonderful time that he showed us all in Lamu!