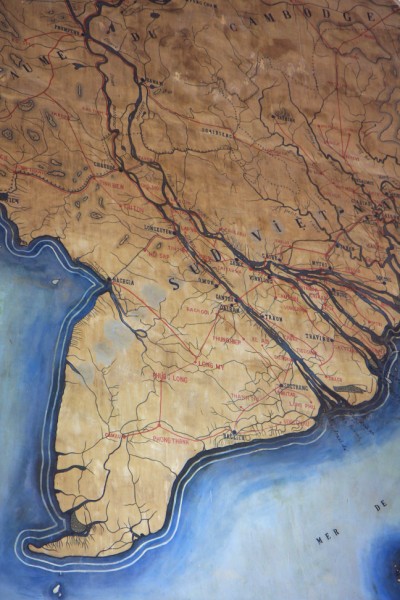 Where in the world?

Iâm not really sure how I came up with this plan â it really evolved.Â  Evolved from places that I had been to before, places I had always wanted to go, places people told me to ânot missâ, and places where I had friends or family that I could shack up with and save some money!Â  God Bless people my friends who live in other countries and are willing to take me in for a bit!Â  I figure that for all of the visitors that I have housed in San Franciso and New York cityâ¦this was payback time!

I had planned to go to Kenya with friends and decided that instead of taking a long flight to Kenya and coming back to NYC â why not just use that as the starting point of my trip.Â  So â Africa is the first stop â from there it evolved into climbing Kilimanjaro before global warming melted the ice cap, and to South Africa to explore wineries, and the beautiful coastline.Â  I also had a desire to go to Singapore where my sister and her family lived â so I got out the map and decided to see what surrounded Singapore and decided to make a stop over in New Zealand for more hiking and backpacking, Australia, and then I decided to throw in Bali on a whym.Â  My plan was to live with my sister and her family to infuse a bit of family and order into my traveling life after 4 months on the road.Â  Plus â this would give me the opportunity to spend some time with my nieces and see/understand their life in Singapore.Â  My sister, Cyndi said that we could explore all of Malaysia and Indonesia on little trips from Singapore during the weekâ¦great â she was elected my travel agent for those countries!Â  I would also use Singapore as a home base when traveling to and from Thailand, and Vietnam.Â  I basically planned on sitting out winter in the tropical areas of Singapore, Thailand, Cambodia, and Vietnam.Â  Once it got warm in Europe â I would head that direction.

My plan for Europe was to see all of the places that I had never been to in Europe.Â  However â I had one exception â Italyâ¦this was my chance to embrace Italy for more than a two week vacation.Â  I want to immerse myself in Italy.Â Â  I want to learn the language, I want to understand how to be laid back,Â  I want to learn how to wear stilettos on cobblestone streets, I want to drink wine and eat, eat, eat!Â  So â I broke my rule of âonly new countriesâ for Italy.Â  My plan is to start off in Greece on the islands and stay at the house of one of my co-workers on the island of Ikaria.Â  Then Iâm off to Italy to enroll in a language immersion school for a month.Â  Once Iâm armed with the language, I will travel around the country being fluent!Â

Next stop â Geneva to see my friend Veronique.Â  I will use that as a jumping off area for eastern Europe.Â Â  Things get a bit fuzzy and unplanned at this point.Â  I have chosen a few cities that I want to get to â but no real plan has started to formâ¦thereâs plenty of time for that.Â  Finally â I finish the year by going to Spain to enjoy the nightlife, and eat tapas!Â  Oh yeahâ¦there may be a stop in Ireland too.Â

So â this is the initial plan:

I honestly hope and expect for this to change along the way.Â  More than ever I want to be able to not have everything planned out and go where the wind, people, music, wine takes me!Â  It will be fun to look back on this list and see how it has changed and evolved.

I also hope that I will have various friends meet me along the way!Â  So â as you read this â pick a place and plan on joining me for a leg!Â