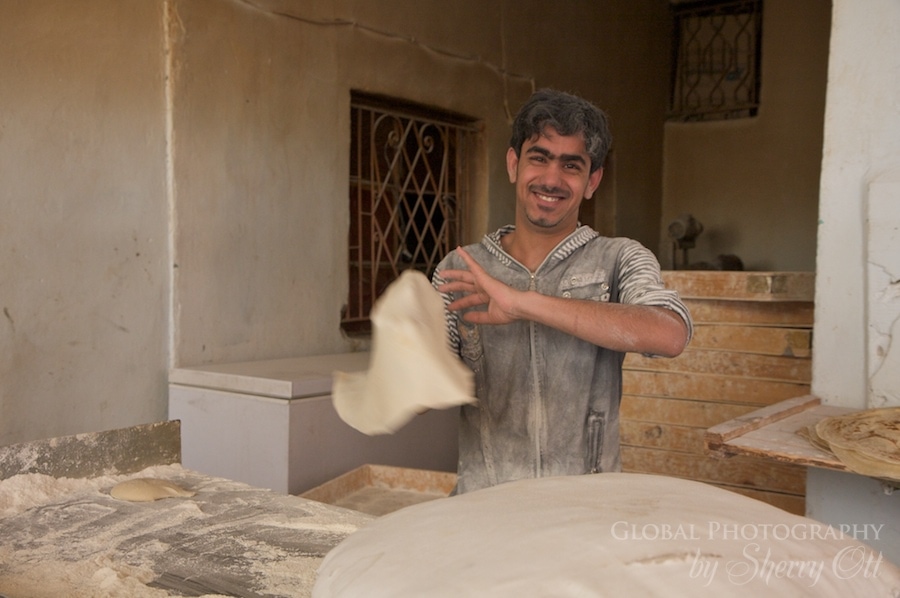 Bread seems to be the main staple in the Arabic diet. It comes in all shapes and sizes; puffy, thin, really thin, really really thing, crunchy, soft, round, with sesame, and with wheat. But there is one thing that is always the same about the bread; itâs baked by men.

And â those men love to show off their bread. The moment I even came close to a bakery with my camera I was consistently invited inside. Not just insideâ¦.but to the deep, dark back rooms where the bread is given birth. The first few times it happened I was surprised, but at some point I kind of started expecting it.

The behind the scene tours varied, but I would always get them without fail. I was welcomed enthusiastically in the store, asked where I was from and then welcomed again. In Jordan, expect to be welcomed multiple timesâ¦they kill you with kindness. One of the men who probably knew the most English would then motion for me to come with him and I would follow him through a doorway to some sort of dark room or separate building in an alley. There I would walk in and startle the men working away, covered in flour; I was the last person they were expecting to see in their bakery.

A big grin would come across their faces, Arabic words flew around the room loudly and rapidly and then I would smile at them as to reassure them that âI came in peace and would do no harm.â Yet no reassurance was necessary really. They proudly showed me the dough, oven, and the processes they went through. This normally culminated in them giving me a loaf/piece hot out of the oven for me to try. I then would ask if I could take a few pictures by doing my charade âmay I take your picture routineâ and they gave me some confusing, yet positive body language answer.

I had the green light, I could shoot away.

They posed for me and did multiple takes as if they were hoping to turn in an Oscar winning performance. Typically, everyone in the shop would make their way to the back room to watch said performance.

One of my favorite bakery shoots was from the Sanabel Bakery and Sweets Shop in Wadi Musa. I walked inside the bakery full of men and there is wasâ¦manna from heaven; bread was dropping from the ceiling! There was a conveyer belt which came through a hole in the ceiling and fresh bread would drop off the belt and into a pile on the counter where a young man would bundle it and put it in plastics bags. There was a line of people buying the fresh bags of bread as fast as he could package them. I stood there in awe of this process, it never stopped, the bread just kept on coming! We did the obligatory photo shoot and I walked off with a bag of breadâ¦given to me free of course!

I made sure I picked up some boxes of honey drenched baklava with pistachios crumbled on top and knaffe for my ride back to Amman. But the best, lasting souvenirs were my photos â and they are calorie free!

Which is your favorite Baker Boy? 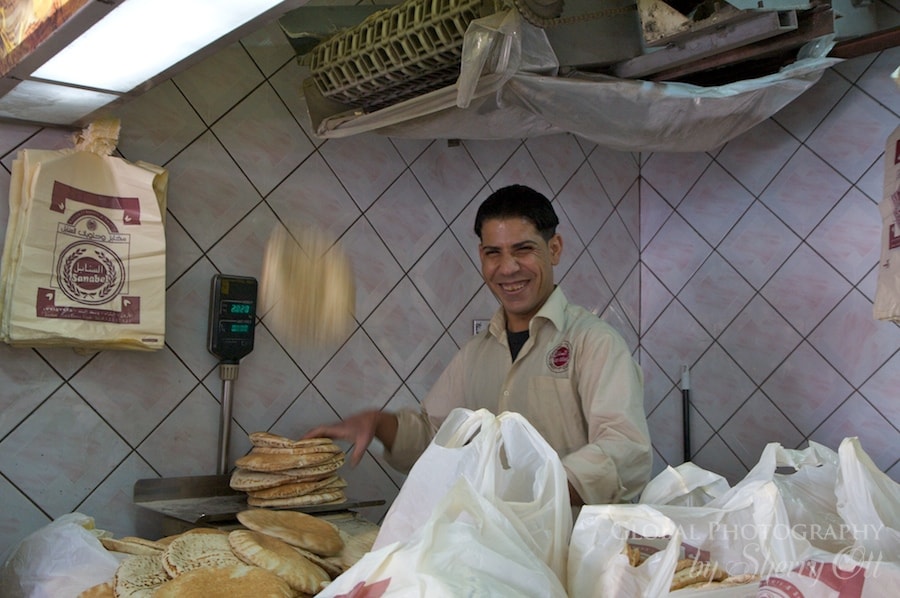 Bread falling from the 'sky' 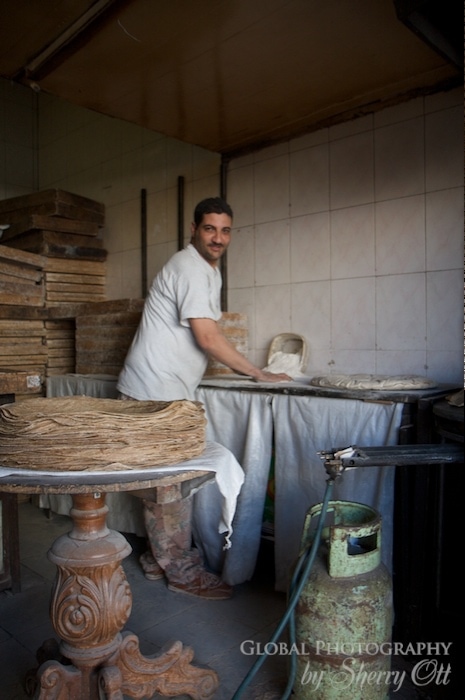 A Stack of Shrak 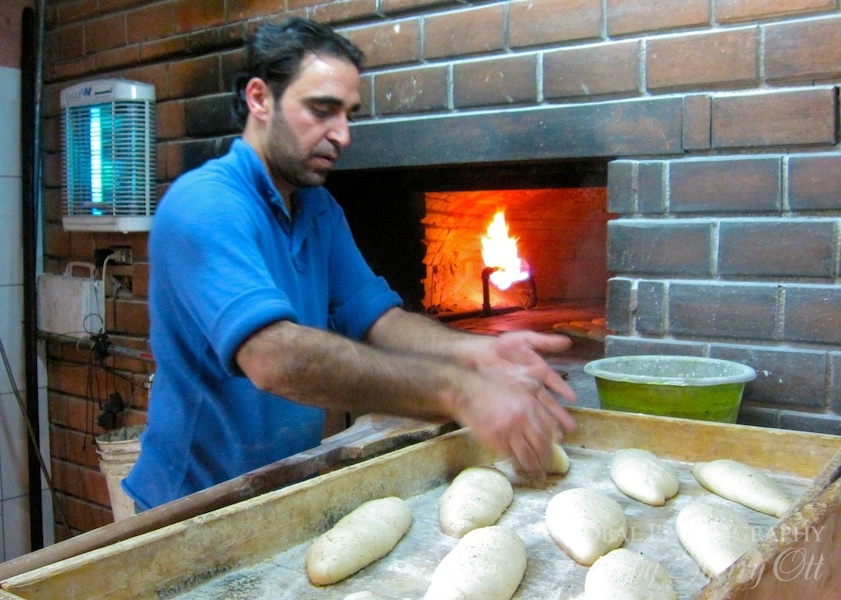 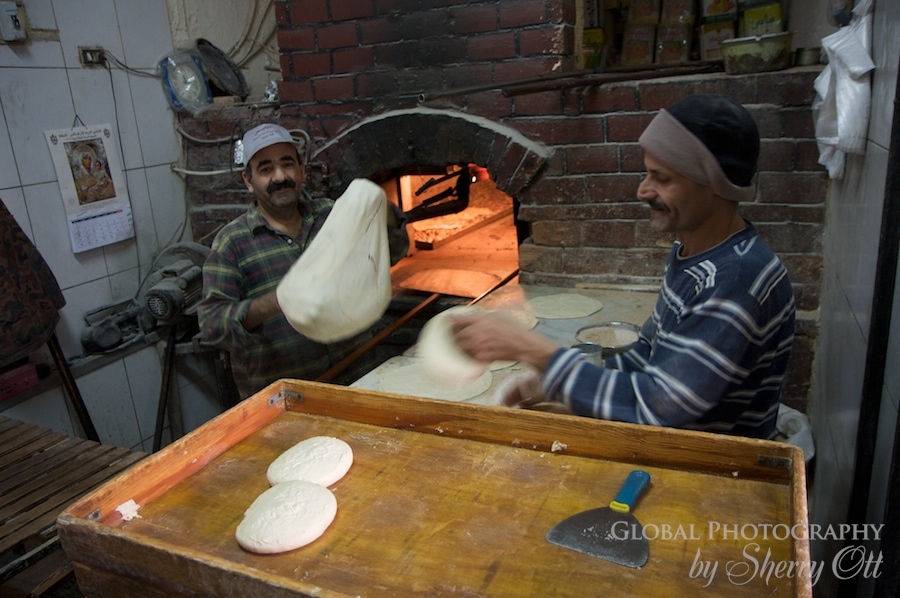 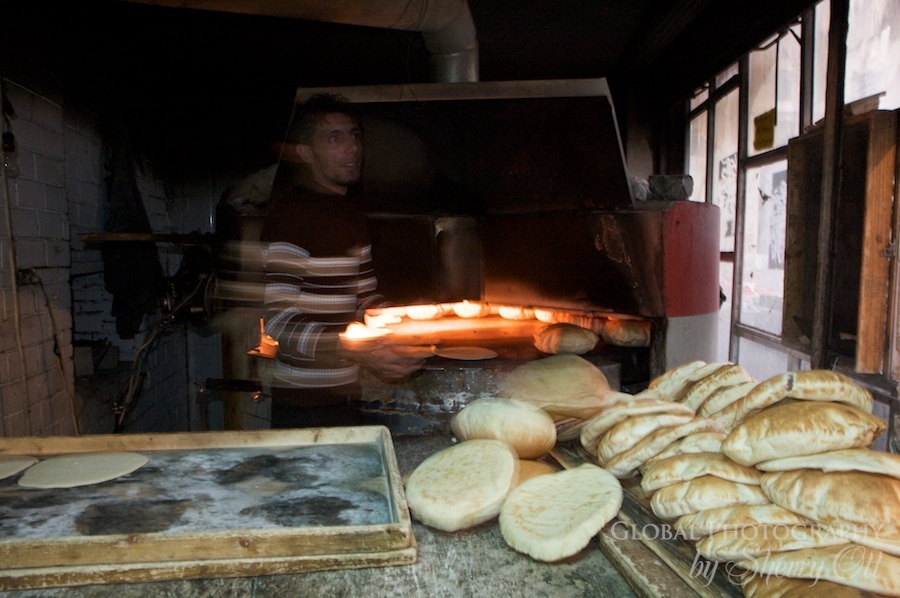 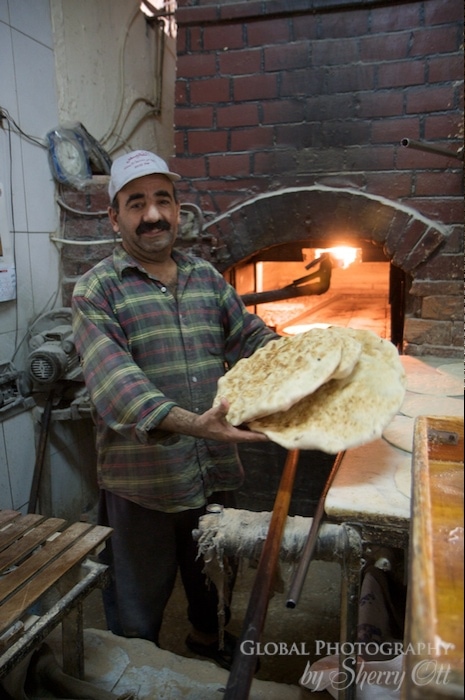 Which is your favorite Baker Boy?