In an effort to bring you some new voices on Ottsworld, here is a guest post from an Ottsworld reader and blogger Laura Longwell. She embarked on an adventure under the sea I’ve never tried before! Â  All opinions and experiences expressed here are hers. âSherry

I never thought Iâd be a scuba diver. The idea of being far below the surface of the water with my only access to air being through a hose did not seem like a lot of fun. Plus, I get motion sickness, so being in a small boat while riding out to the dive sites was not my idea of a good time. Also, sharks. Itâs safe to say that scuba diving was never really on my radar. That is until my then-boyfriend (now husband) decided diving was his new passion.

Lance was a diver and talked constantly about the wonders beneath the waves. Seeing that unexplored world was appealing, despite my reservations. So, less than 48 hours after our wedding, my husband had me doing my first ocean dive. And I never looked back.

Becoming a scuba diver isnât hard but it requires a bit of work in the classroom, in the pool, and in what is called âopen waterâ (I got certified in a lake). The divemasters want to make sure that youâre prepared for every scenario you could face. Even with that training, there are things about diving that you canât know until you experience them. There are many scuba diving surprises I learned about after my first few dives.

Diving is easier than snorkeling

Before committing to scuba diving, Iâd been snorkeling several times and loved it. I had purchased my own snorkel gear and took it with me on vacations so I could just walk off the beach and explore the underwater world. I always found that it was a really a tremendous workout, though, because I had to fight the waves on the surface. I found myself getting constantly jostled around. I also love underwater photography and just when I would try to take a picture, a wave would come and disrupt my shot. It was so frustrating. 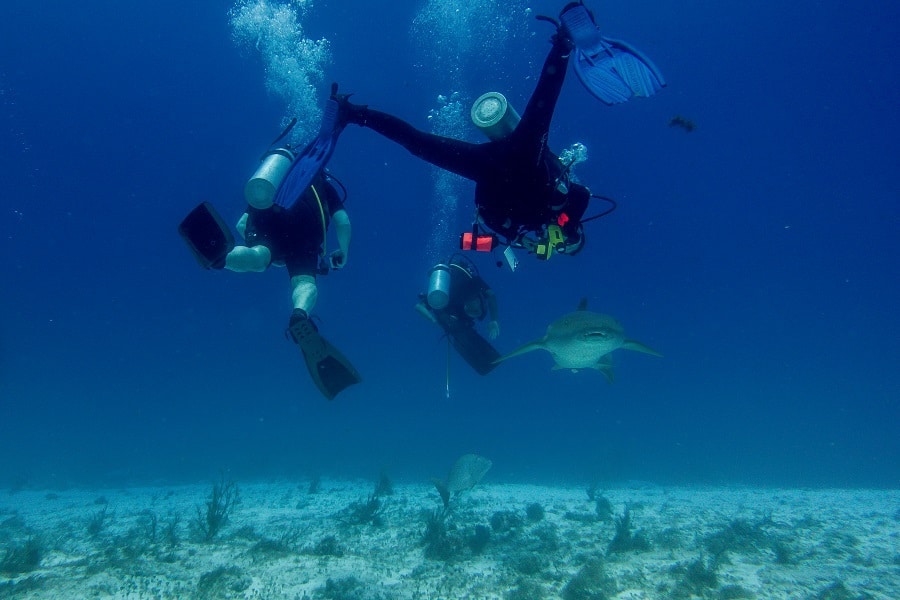 After learning to dive, I realized that scuba diving is actually much easier than snorkeling. When youâre scuba diving, nothing happening at the surface affects youânot wind, waves, boats, or even other people. Despite having a giant oxygen tank strapped to your back, there is a greater degree of flexibility and a broader range of movement under the water, and there arenât any waves to fight.

As I was, many people are drawn to scuba diving by the colorful pictures of sea creatures great and small. From giant sea turtles swimming right by you to color-changing octopi, the underwater world is spectacular. When you dive, youâll see things you could have only imagined and many things you wouldnât have dreamed of. However, most new divers, are shocked to discover that the underwater world lacks color. Itâs not black and white but it does lack the vibrancy of colors you might expect. 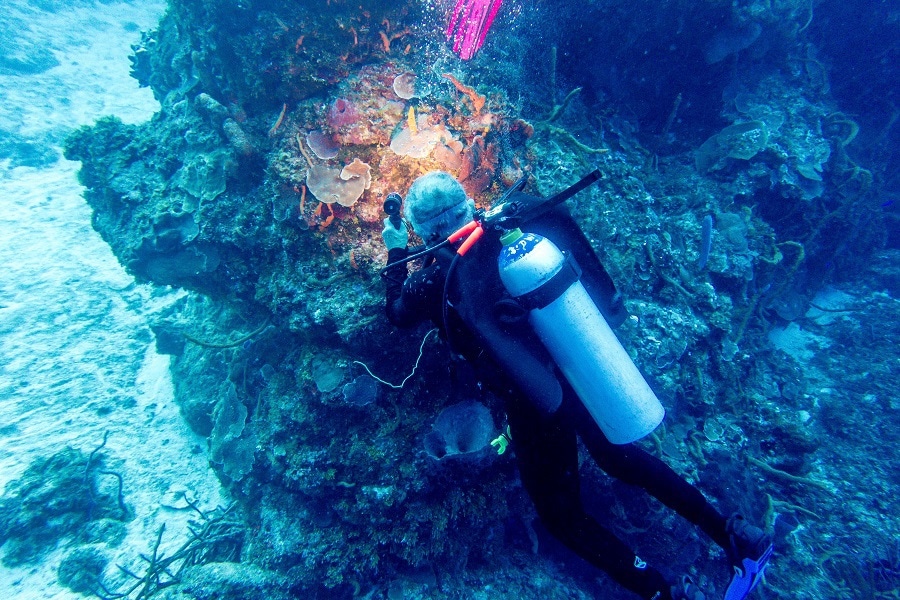 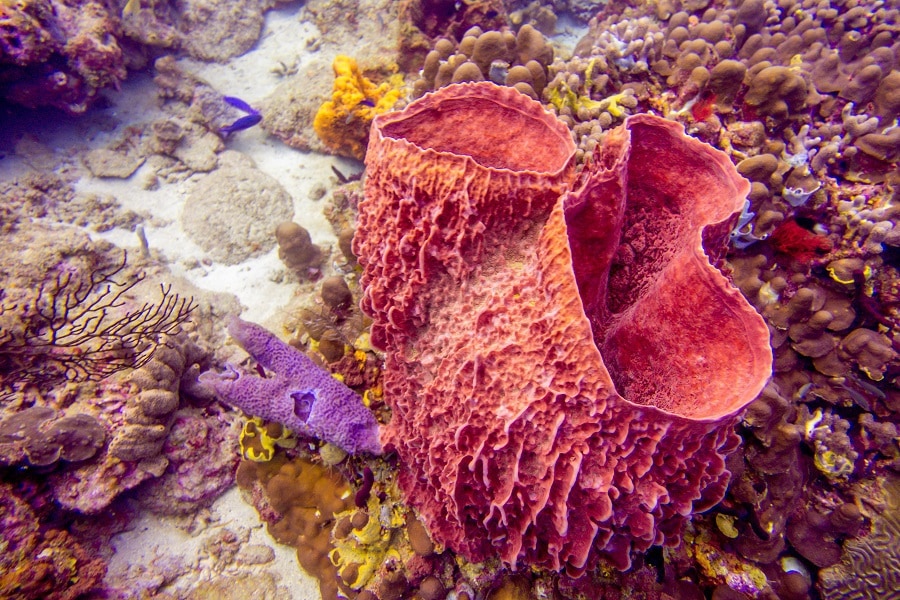 Water absorbs energy and distorts what we see, so red and orange colors seem to disappear as you dive deeper, leaving everything blue and green. Taking underwater photos took some getting used to. I use red filters to re-introduce red colors back into the pictures and have to be diligent with photo editing software to get the images to look like the true colors in nature.

From the moment you learn to swim as a child, you know that holding your breath underwater is essential. Changing that innate behavior is the first thing you have to master when scuba diving. Of course, you need to breathe underwater because youâre below the surface for a long time. Breathing properly also allows you to control your position in the water (too much air makes you float) and helps you clear your ears as you descend, like how you would on an airplane. Beyond those benefits, holding your breath underwater can actually be dangerousâas you come back to the surface, air expands and can harm your lungs if you donât exhale.

Most of scuba diving boils down to floating and sinking at the right times. When you get into the water, your oxygen tank and wet suit are full of air and make you float. To sink, you have to add weights to yourself and exhale the air in your lungs. At some pointâlike when you want to stop at a great coral reefâyou have to find the balance between floating and sinking. 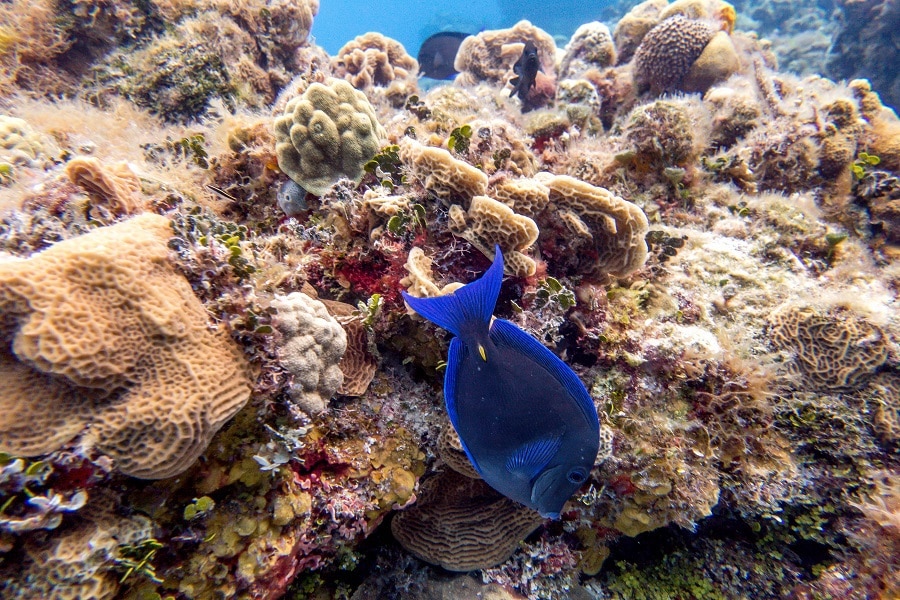 Itâs a perfect activity for travelers

Except for the occasional helicopter tour or hot air balloon ride, most people experience new places with their feet planted firmly on the ground. Scuba diving allows you to see a whole different side of a destination and can take you to some amazing places around the world. Diving has taken me from the Red Sea in Egypt to the underwater sculptures of Grenada in the Caribbean. Iâve encountered sharks in Cozumel and even dove inside the massive aquarium at Epcot in Disney World. But there are so many other incredible destinations and experiences to be had: the Great Barrier Reef in Australia, the Blue Hole in Belize, diving with great white sharks in South Africa, and plunging below the vibrant waters of the Galapagos Islands. 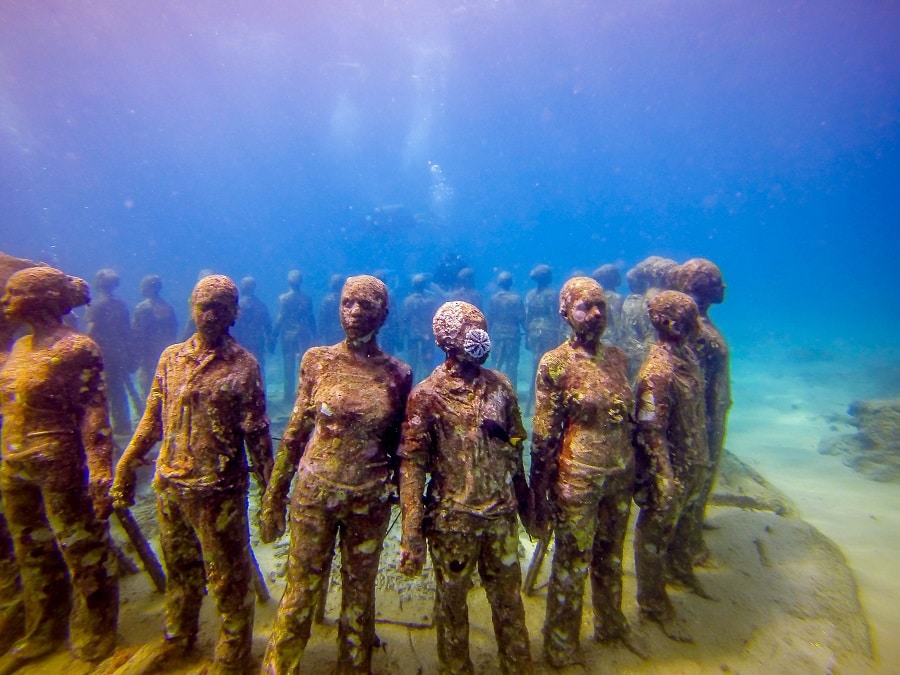 Scuba diving has turned out to be the perfect sport for me and has enhanced many of my travels over the years. Why not give diving a chance?

Laura Longwell is a writer and photographer sharing her experiences on her popular travel blog, Travel Addicts. She focuses on helping working professionals maximize their limited vacation time with advice about what to eat, drink, see, and do around the U.S. and the world.