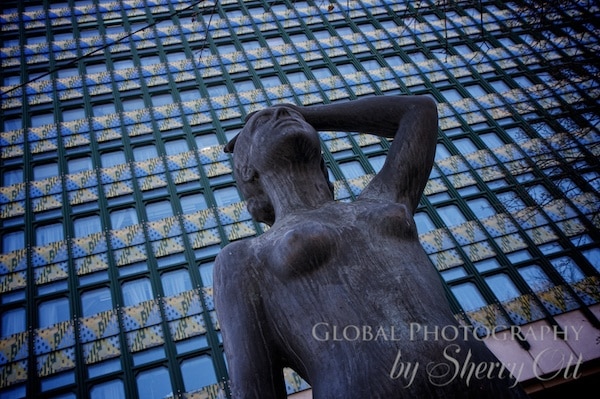 Arriving in a new country can cause some despair!

It wasnât until I got off the train in Vienna that I had realized just how long I had been in Italy. I disembarked the train and followed the breadcrumb trail of âiâ signs making my way to an information booth to figure out how to get to LandstraÃe (District 3). The apartment owner, Leo, had provided me with some directions but this was my first trip to Vienna and I needed a little reassurance of how to use the trains, trams, and metrosÂ  –Â  the English speaking information attendants came to the rescue. Information booths are like lighthouses to travelers, and you should pay attention to them and use them whenever you can â you never know how long it will be until you encounter another.

Armed with a map and directions from the information attendants, I rode the metro into District 1 in order to catch the tram to my neighborhood in District 3. I surveyed my surroundings and noticed the people on the metro were quiet and emotionless. There was very little color and energy emitting from them; they were serious, yet perfectly pleasant â the best way I could describe the first Austrians I encountered was âproperâ. Upon thinking this I immediately tried my best to stop slouching and straighten up â a difficult task when you are wearing two backpacks like a sandwich. 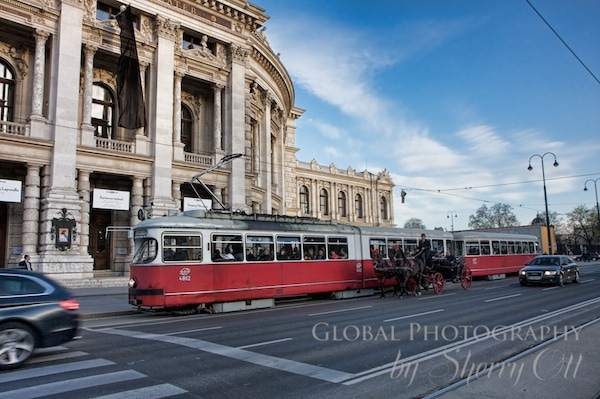 The metro slowed down for a stop and I quickly tried to look out the window to see the name so I could ensure I was plotting along on the right path to the city center. There on the wall was a mishmash of letters that appeared to have the complete alphabet in it. It was so long of a word that my brain couldnât do anything but panic when I saw it. Soon it was gone and I tried to remember the first few letters I saw to match it with a station on that map.

Even though the bus/train ride from Venice to Vienna was only 8 hours, I felt as if I had traveled for days considering how different these two countries were. I paused for a second and realized â no, this is just Europe. This is the Europe that Iâve never experienced before. Normally I would come to one country for a few weeks and then leave – focusing on one culture specifically. Now Iâm traveling through Europe with my Eurail passÂ  ticking off countries in a matter of hours. Iâm experiencing that weird sensation of time travel that you can only get in Europe. The sensation which is quite normal for Europeans who grew up with different languages, ethnic foods, and culture right next door â but itâs foreign to Americans where you can go for weeks driving before you get to another language or country.

My mind immediately went into overdrive soaking in the new Austrian culture that surrounded me. When arriving in a new culture you tend to more clearly understand the culture you came from last. All of a sudden I realized just how colorful, loud, and boisterous the Italians were. The Italian language was like a melodic song and their hands movements conducted the symphony of words that rapidly came out of their mouth. Here in Vienna I was befuddled by the length and guttural sound of the language â my brain had to get used to these new sounds. 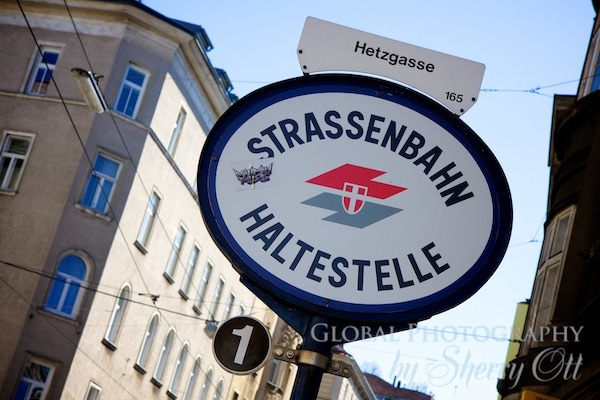 Lots of letters to decipher quickly

My eyes focused in on the long string of consonants on the wall and I was jolted out of my cultural thoughts as I realized I was at my stop. I rushed off and followed the signs to Tram #1. As I came up out of the subway the tram was pulling up and I quickly got on hoping that my metro ticket was useable on the tram. I asked the tram driver, âHetzgasse?â and he nodded, so I had confirmed I was at least going the right direction. I stood on the tram listening to the driver announce the next stops – but it was no use â I could barely read the language and I certainly couldnât understand it yet. I opted for watching the signs out the windows and shortly I saw the sign for Hetzgasse and hopped off as nimbly as I could considering I was carrying about 50 pounds in my backpacks.

Thanks to good directions I was soon as the door of my new Go with Oh apartment in Vienna. The owner, Leo, greeted me warmly and showed me around the palatial apartment. I oooâed and ahhed at heated towel racks, a washing machine, blazing fast wifi, a coffee maker, and a complimentary bottle of wine. It was decorated in such a clean and sleek manner with everything properly placed. And from what I had seen of Vienna so far â I would have expected no less.

Disclosure: Go with Oh hosted my apartment lodging in Vienna. However, all of the opinions expressed here are my own â as you know how I love to speak my mind!