I adore road trips in the Fall, it’s such a great way to get out and enjoy the best season ever! I’m soaking up the colors, cool air and the open road; the ultimate travel freedom. Â This week I landed in Germany to kick off a Fall road trip through some of the lesser known parts of Germany on a quest to learn more about made in Germany products. Â Sure, you know about Bratwurst, but did you know that Germany made the Garden Gnome? Â Like any great road trip my itinerary is full of winding roads, kitschy road side attractions, and seeing friends a long the way. Â So far, I’m off to a great start in Frankfurt, Stuttgart, the Black Forest, andÂ ThÃ¼ringen! Â I’ve learned about the birth of the automobile from it’s simple beginnings to it’s current day robot run manufacturing lines, how to make Black Forest cake, the fascinating history of cuckoo clocks, the heavy tradition of the Bollenhut hat, tried my lips at glass blowing, devoured german food traditions, and visited the town of the Garden Gnome. Â Oh – and I drank a little beer at this thing called Oktoberfest!

Here’s a quick look at my Instagram feed for the week as I went on my quest for German made products and traditions. And the best part is that it’s made me aware of just how much German influence I’ve had in my own life since my family’s ethnic background is German.

I Need Your help!

Do youÂ follow me on Instagram? Â If the answer is no – then please hop over there and follow meÂ now!Â Â You’ll get my latest live travel updates, travel destination ideas, some laughs…and some darn pretty photography! 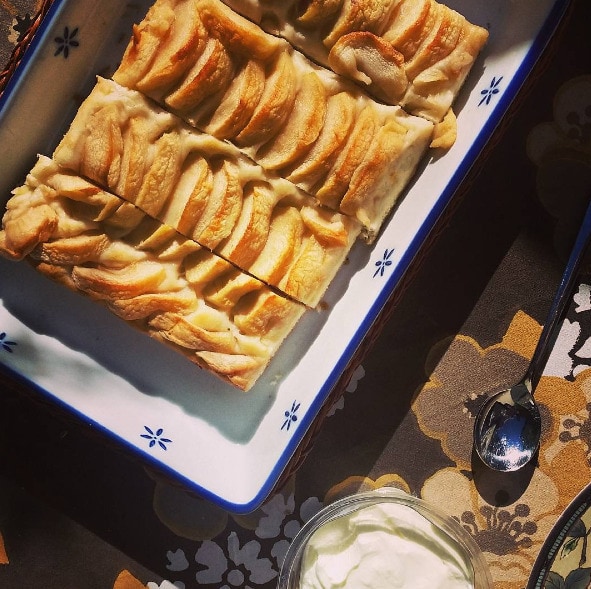 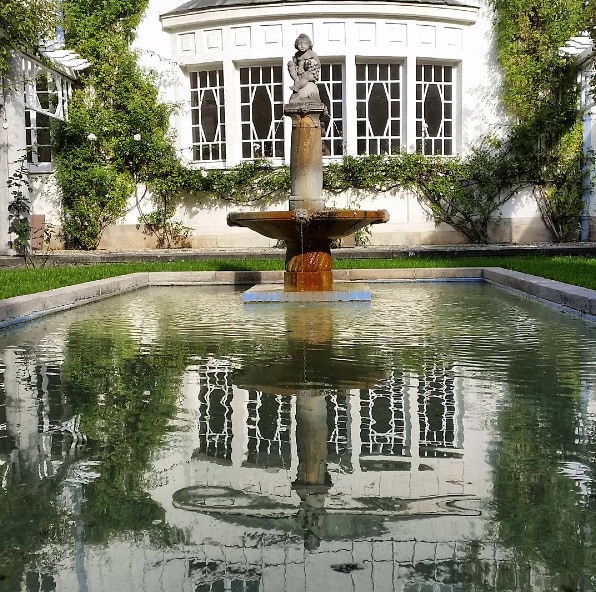 The 100 year old baths of Bad Nauheim Germany. This town is known for its healing water! 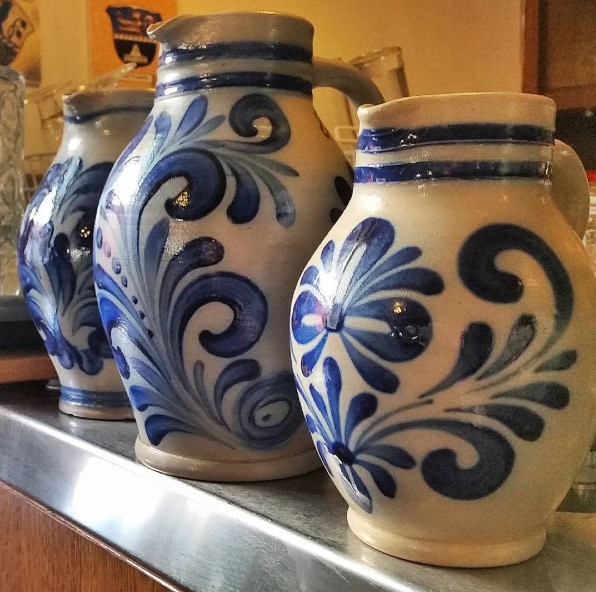 Any guesses on what I’ve been drinking tonight in Germany?! This pic should be all the clue you need! #madeingermany 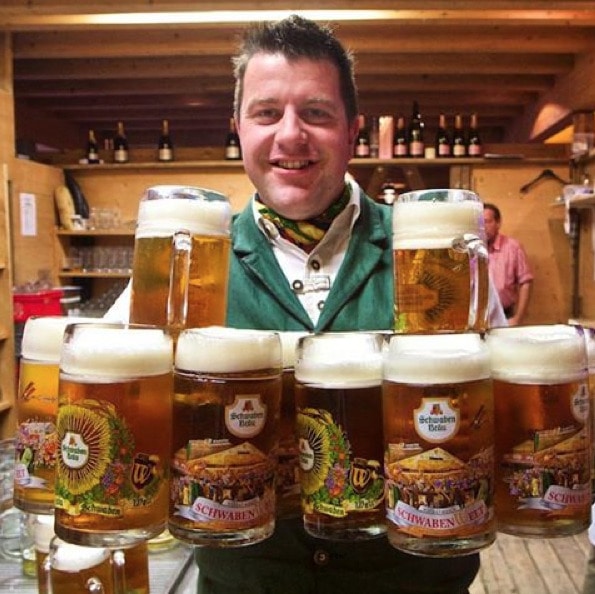 The Incredible Hulk! One of the Cannstatter Volksfest waiters getting his workout – 12 liters of #beer with 2 hands! He even smiled as.I made him hold the pose while I shot a number of pics! #goodsport #enjoystuttgart 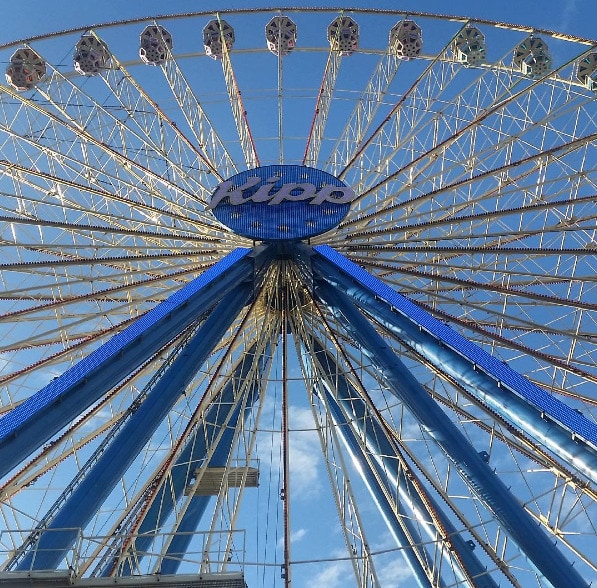 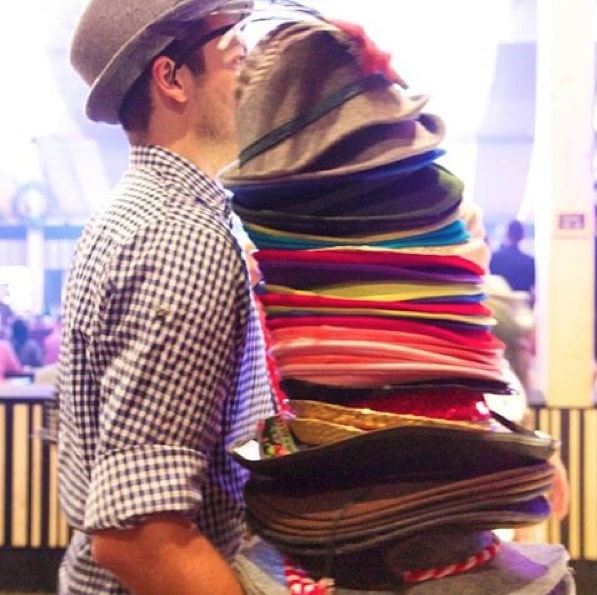 If you are in the market for a hat, come to Germany! This guy had quite the inventory! #joingermantradition #stuttgart #artsandcrafts 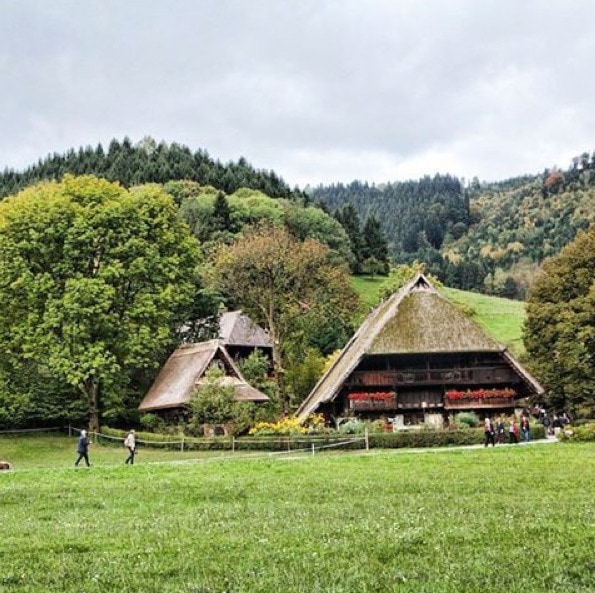 I drove into the Black Forest today and drove back in time. Visited 16th century farm houses and admired the architecture. But most of all I took a trip down memory lane as so much of the German farming culture reminded me of my grandparent’s (also of German descent) farms. The smells, the home designs, the way of life. #joingermantradition #artsandcrafts 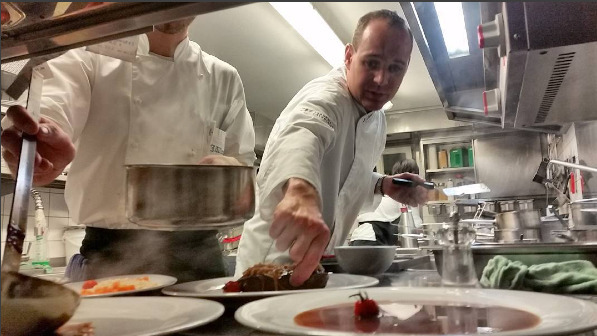 Chef Trautwein serving up beautiful local Swabian dishes at Gasthaus Zur Linde. Swabian ravioli, spaetzel and my favorite – German potato salad! He grew up in #Stuttgart and knows German cooking! I had so much fun hanging out in his kitchen watching the complex and poetic process of restaurant kitchens hard at work! Can’t get more #madeingermany than this! #joingermantradition 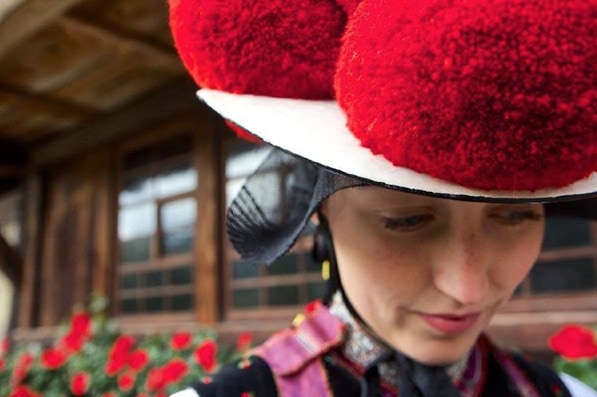 The Black Forest Bollenhat was a German Lutheran tradition. Young Lutheran girls wore these hats with red wool balls (weighing 4 lbs) after they were confirmed in the church (around 13 yrs old). Married women wore black versions of these hats. But it wasn’t just about the hat, it was about the whole outfit. From the glass beads they wore in their hair, to the personalized embroidered collar, to the 3 layers of wool skirt, to the white angora fur socks – this is /was Black Forest fashion. I did ask what happened if a woman in the community never married – did she continue to wear the red hat? The guide cringed and said no…she switched to a black hat as to not call attention to herself. I think I would have stuck with red for the hell of it. #cougar #joingermantradition 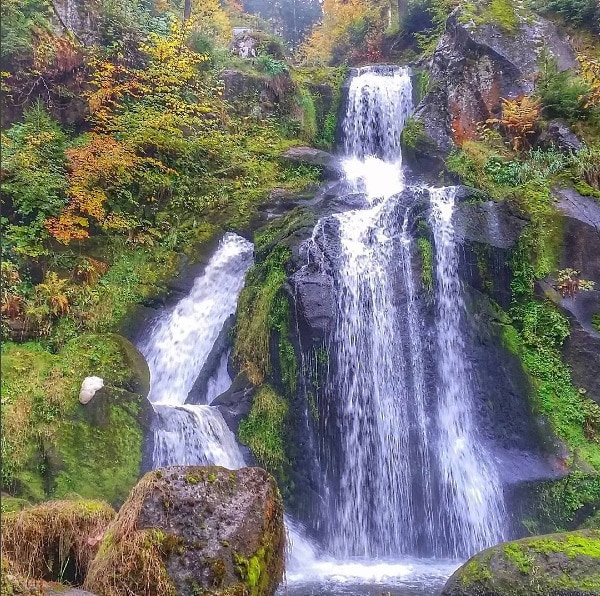 When on a road trip you of course have to stop for all of the ‘world’s largest’ road side attractions. So this morning I stopped at Germany’s largest waterfall located in Triberg! A gorgeous walk to the top through the Black Forest! @germanytourism why wasn’t this on my itinerary?! Its stunning! So many beautiful things to see! #visitbawu 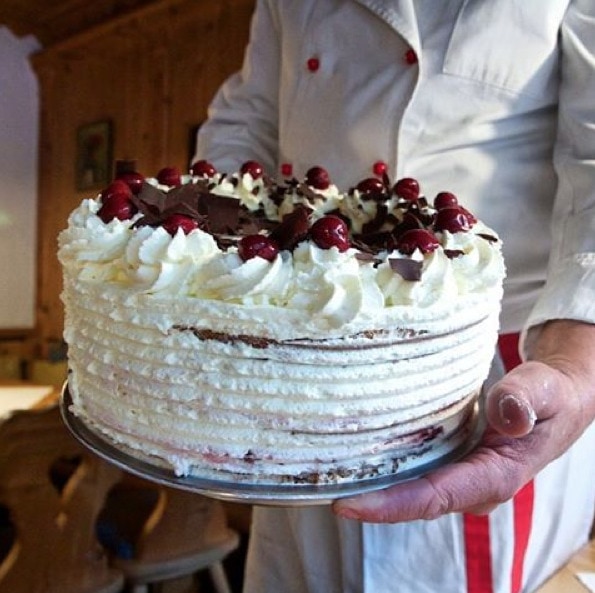 Who wants a piece?! I learned how to make a traditional Black Forest cake yesterday with Chef Josef. His special ingredient ‘cherry water’ aka schnapps he makes at his farm. This ‘real’ version was much less chocolatey and sweet than what we normally get in America. – which made it even better! Light and fluffy 3 layers. And his other secret – cinnamon in the cherry layer…delish! I sat and had my piece with an extra side of cherry water. #joingermantradition #stuttgart 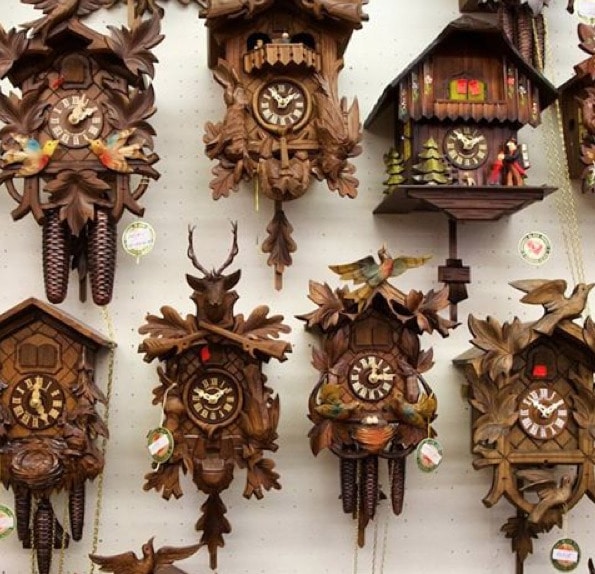 The story of the cuckoo clock is all about time. It was created in 1730 in the Black Forest area of Germany. In 1830 they worked on standardizing the manufacturing process for it and the clock was industrialized and made reproducible in order to create jobs for the region. In turn, once it was industrialized, and they could make more of them, the price went down, more people had jobs, and more people actually needed clocks now because they had to get to their jobs. A weird sort of incestuous supply/demand! #madeingermany #joingermantradition #inventions 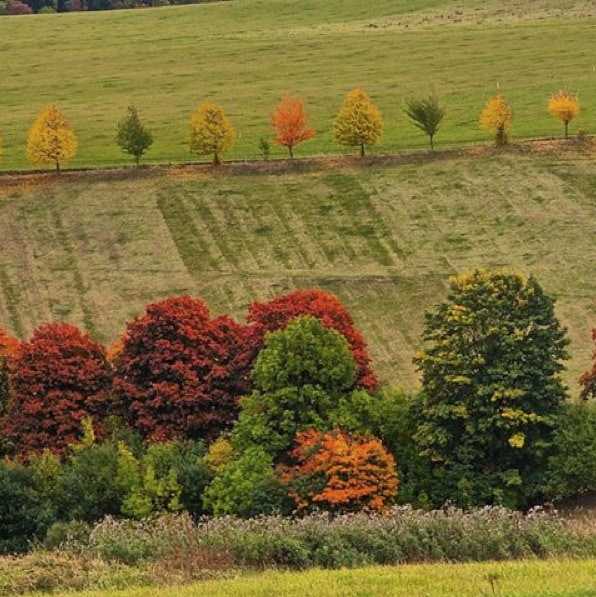 A landscape of fall foliage everywhere I look in ThÃ¼ringen region of Germany. Gorgeous rolling hills, little valleys, and quaint bridges – its hard to keep my eyes on the road with so much else to see! #roadtrip

I was a guest of Germany Tourism on this trip, however all opinions here are my own.