Getting a New Perspective 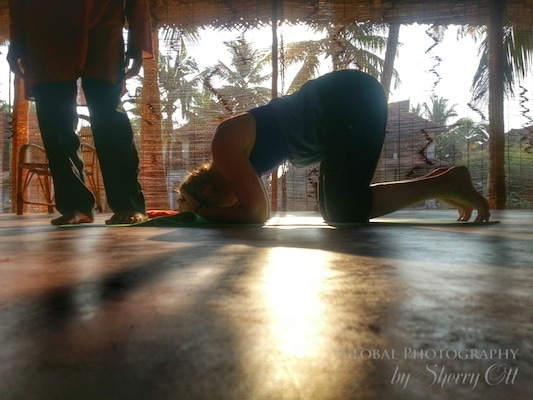 I was smiling, a big grin that made my eyes crinkle into their normal etched laugh lines, then I opened my eyes. I was within inches of George and Charlie â nose to nose â grinning ear to ear. We looked each other in the eyes as we embraced each other smiling. My daily yoga class was complete, and it ended with a group embrace and a smile every day for 6 days. The type A, logical side of me was given permission to get all mushy and yogi like for one hour a day while we stayed at Soma Kerala Palace â and hereâs the real surprise â I loved it.

Charlie and I came to Soma Kerala Palace to focus on writing – we had dubbed it our writing retreat. A chance to be stuck on a little island in Kerala where we didnât have any of the noise and distractions of India or our normal lives. However when they asked me if I was interested in doing a morning yoga class, I decided it might be good for me as in true writing retreat style I would be sitting on my ass for 80% of the day.

I used to be athletic, but my constant state of motion and travel has made me soft. Itâs not that I need to lose weight, itâs simply that I just am not as active as I used to be. And then thereâs that damn aging thing â I canât stop it and itâs side effects. I normally approach exercise in a very regimented way, and it had been years since I did yoga, and certainly never yoga in India – the mecca of yoga. Â  I will admit I was intimidated to not only have to bend again, but I was more terrified of the soft, meditative, breathing side of yoga. Calm is not something I normally do well. 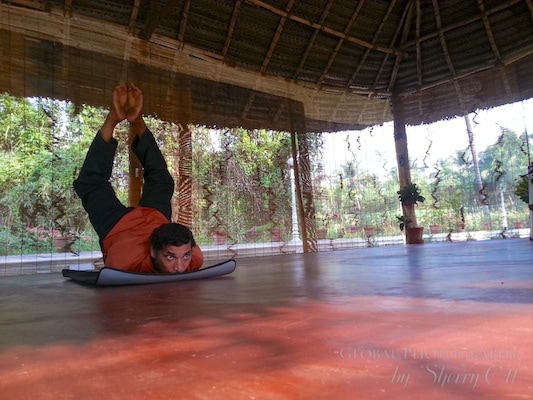 Yogi Master, George. I hope he didn’t expect me to bend like this!

George greeted us every morning and soon I was mesmerized by his Indian accent and head bob. I found myself giggling like a 7 year old when he said the word âbuttocksâ with an Indian accent. He didnât seem to care that I hadnât done yoga for years. In fact he expected me to do and try anything he threw at us, even though I laughed out loud when he told us we were next doing a headstand.

I thought heâd have an âeasy alternativeâ to give me, the yoga novice, like maybe I just hang out here in baby pose. But no â I received no special treatment and there he was standing next to me saying, âjust kick up into a headstand.â However, my mind and body were in headstand denial, but in an effort to try not to disappoint George I made a feeble attempt on my own. I looked up at him as he did the Indian head bobble and said âno, no â come up slowly.â This time he stood next to me and helped me up and held me there steady making me experience all of the blood rushing to my head and the world in a new upside down perspective. Afterwards I came down and rubbed my head, and thatâs when I felt it. It was small, but it was definitely there – a little bit of desire that the upside down view of the world planted in me.

I wanted to learn how to do a headstand on my own in 6 days.

I had accepted that I wasnât going to be able to master the bridge pose in 6 days, but for some reason the headstand called to me. And so every day I concentrated on the part of the hour where George instructed us to do a headstand. George and Charlie provided the encouragement and on the last day, I did this. 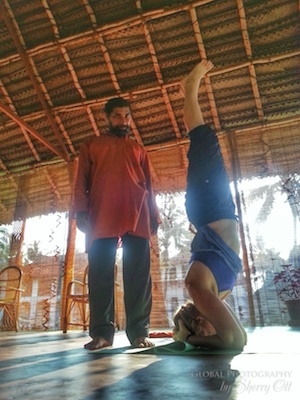 My headstand! All by myself.

And it felt great.

But it wasnât just the headstand that felt great â it was 6 days of yoga that felt great. I was bending, twisting, laughing, crying, breathing, smiling and meditating. I needed this more than I ever knew.

Surprisingly itâs not the food the lovely rooms, or swimming pool that I was sad to leave as the boat pulled away on the 6th day â it was the George and the yoga. But I left knowing that I had a new perspective.Â  One that turned me upside down. 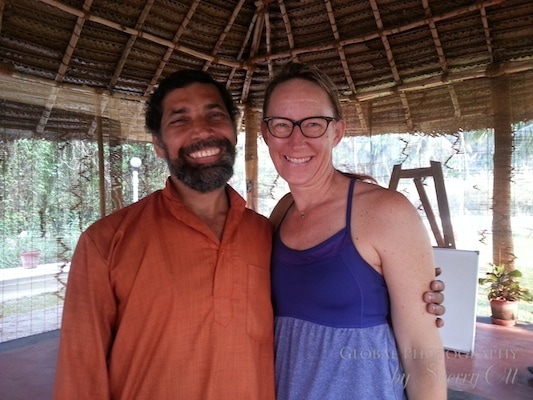 My last day with George

4 Responses to "Getting a New Perspective"